In Germany, there’s a consortium of about 50 independently-owned tobacconists who are part of John Aylesbury-Gruppe. The John Aylesbury Group offers these stores a variety of exclusive products including cigars, cigarillos, pipes, pipe tobacco and other accessories.

Each year, the group picks one manufacturer to produce a special cigar for the stores in celebration of the group’s anniversary. While the cigar might have shipped to retailers in 2018, Drew Estate was selected to make the 2019 version of the exclusive, which is also the 45th anniversary of John Aylesbury.

That cigar, which seems to be referred to as something different by every single German retailer with a website, is a special version of the Undercrown Shade. At 6 inches long and with a 50 ring gauge, it’s almost identical in size to the regular production Undercrown Shade Toro Extra, which measures 6 x 52, though Drew Estate says the blend is tweaked.

The blend components are listed as exactly the same as the regular Undercrown Shade according to John Aylesbury: an Ecuadorian Connecticut wrapper over a Sumatra binder and Dominican criollo 98 and Nicaragua corojo and criollo fillers. This would be the 10th Undercrown Shade release to date and the first retailer exclusive.

Note: Drew Estate has had multiple price increases since 2015. The prices above reflect the MSRP when the specific cigar was introduced. The wrapper is a pretty dull mustard color that has a lot of gray to it, even for a Connecticut shade wrapper. Aroma off that wrapper has leather with a fair bit of acidity as well as some earthiness and nuttiness. The foot is quite different, with a mixture of beef jerky, chocolate chips and some vanilla creamer. While it’s not the most dominant flavor, the first thing that I notice on the Undercrown’s cold draw is some artificial paint. Nuttiness and creaminess are the main flavors with different draws tasting like vanilla ice cream and pasta depending on how aggressively I draw on the cigar.

There’s an incredibly deep toastiness that coats the palate once the smoke hits my mouth. It takes a few seconds before I can pick up any additional flavors from the Undercrown Shade John Aylesbury, but eventually, I get some breads, strawberries, creaminess and potato chips. It’s full in flavor, but the body is super thin. I write “eventually heading down the path of a good Connecticut,” in my notes, a referent to the nuttiness and creaminess that has taken over. The nuttiness really stands out, though occasionally it ends up tasting more like a fresh bag of popcorn than anything else. I don’t find one of the common Connecticut flavors: pepper. There’s a bit of sharpness from a port-like flavor on the back of the throat, but there’s essentially zero burn. Flavor is medium-full, body is medium-plus and strength is medium. One sample has some tunneling, which needs correction and certainly slows down the burn in the first third. Another gets quite uneven at one point but corrects itself in the early stages of the second third. For much of the second third it tastes like I am shoveling spoons full of peanut butter into my mouth. While that sounds great in theory, the Undercrown Shade John Aylesbury doesn’t have any sweetness so my mouth just gets drier and drier with each puff. The creaminess is still there, but it’s also not sweet and as such it’s just thickening the sensation even more. At the halfway point of one cigar there’s a bit of black pepper, but it disappears after less than an inch and isn’t anywhere to be found on the other cigars. I find myself needing to leave the smoke in my mouth for an extended period of time to get the pepper, but the contrast is enjoyable enough that I do it far more often than normal just to have something cut through the nuttiness. One sample has a much more balanced approach and I get some meatiness and artificial fruit flavors. Flavor is somewhere around full, no doubt influenced by just how unbalanced it is, while body is medium-plus and the strength is now less than medium, a somewhat odd pattern for the second third. Construction is better in each cigar and I don’t have to make any touch-ups in the middle portion. 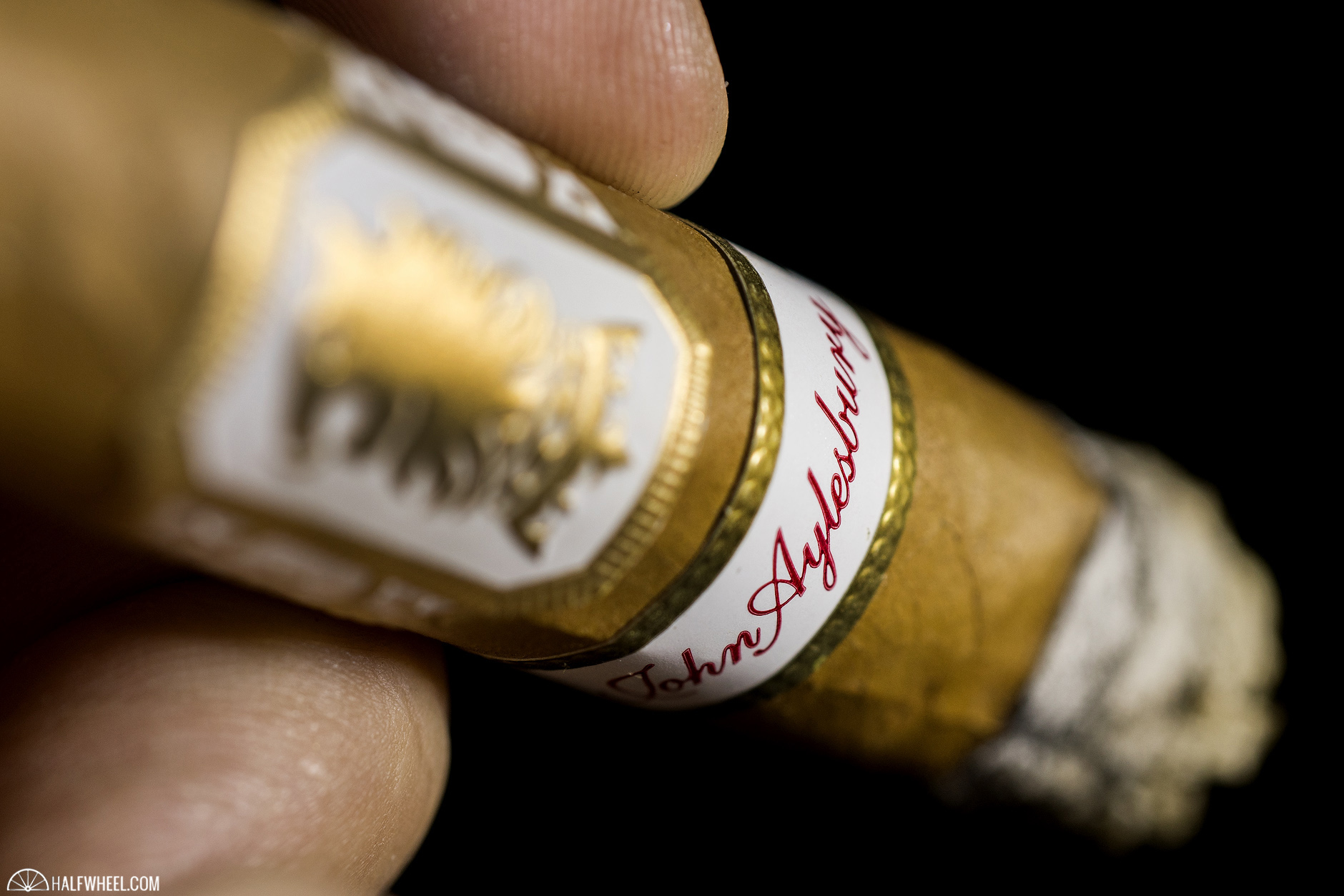 I don’t think the peanut butter actually gets any more intense in the final third, but after having an hour of a nutty profile, it certainly feels like it has gotten stronger. The creaminess remains as the second most dominant flavor and still doesn’t have any sweetness to help balance things out. Retrohales finally produce something other than nuttiness, now with a decent amount of raw cedar, which at this point falls into the category of as long as it doesn’t remind me of peanut butter, I’ll take it. One sample is an outlier with the meatiness almost equally the nuttiness, a far more enjoyable approach to the cigar, though not as rich. Flavor is full, body is medium-plus and strength is up to a medium. Each sample needs a touch-up to make it to the final inch. While I’m sure I’ve smoked the Undercrown Shade Gran Toro, the regular production cigar that is a mere two ring gauge larger than the John Aylesbury version, I was pleasantly surprised to read Brian Burt’s notes on the cigar. I’m skeptical of just how much Drew Estate tweaked this blend, but I certainly wouldn’t describe my experience how Brian did his. Whereas he found an overly creamy cigar, two of the three samples I smoked were dominated by a vibrant, yet clawing nuttiness. I do think this ended up being a very good version of one of the more overlooked cigars in the Drew Estate portfolio, but I don’t think I would go through the trouble of ordering them, unless you love overwhelmingly nutty cigars.