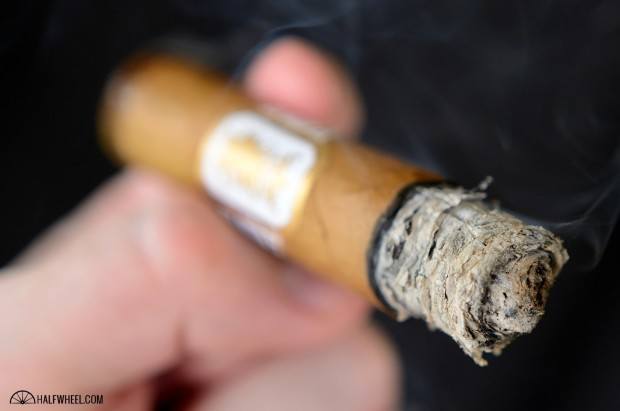 For a company that historically has used some very dark wrappers on its most popular lines, it might come as some surprise that one of its latest releases uses a lighter Connecticut shade wrapper instead. Just before the 2015 IPCPR Convention & Trade show, Drew Estate announced the Undercrown Shade. It wasn’t just a rehash of the original Undercrown blend with a Connecticut wrapper thrown on it, but a completely new blend to complement the new wrapper.

Willy Herrera, Drew Estate’s master blender, had this to say about the blending process:

Since day one, Drew Estate has demonstrated that no premium cigar company better understands its team, and that the heart of the company is the production floor and factory. This is why I chose to work closely with the rollers responsible for the original Undercrown blend, and challenged them to create a Connecticut blend that would satisfy my palate. It was a long road, taking more than a year to develop. In the end, it was a very rewarding process, as finding a Connecticut blend to fit my palate wasn’t easy. 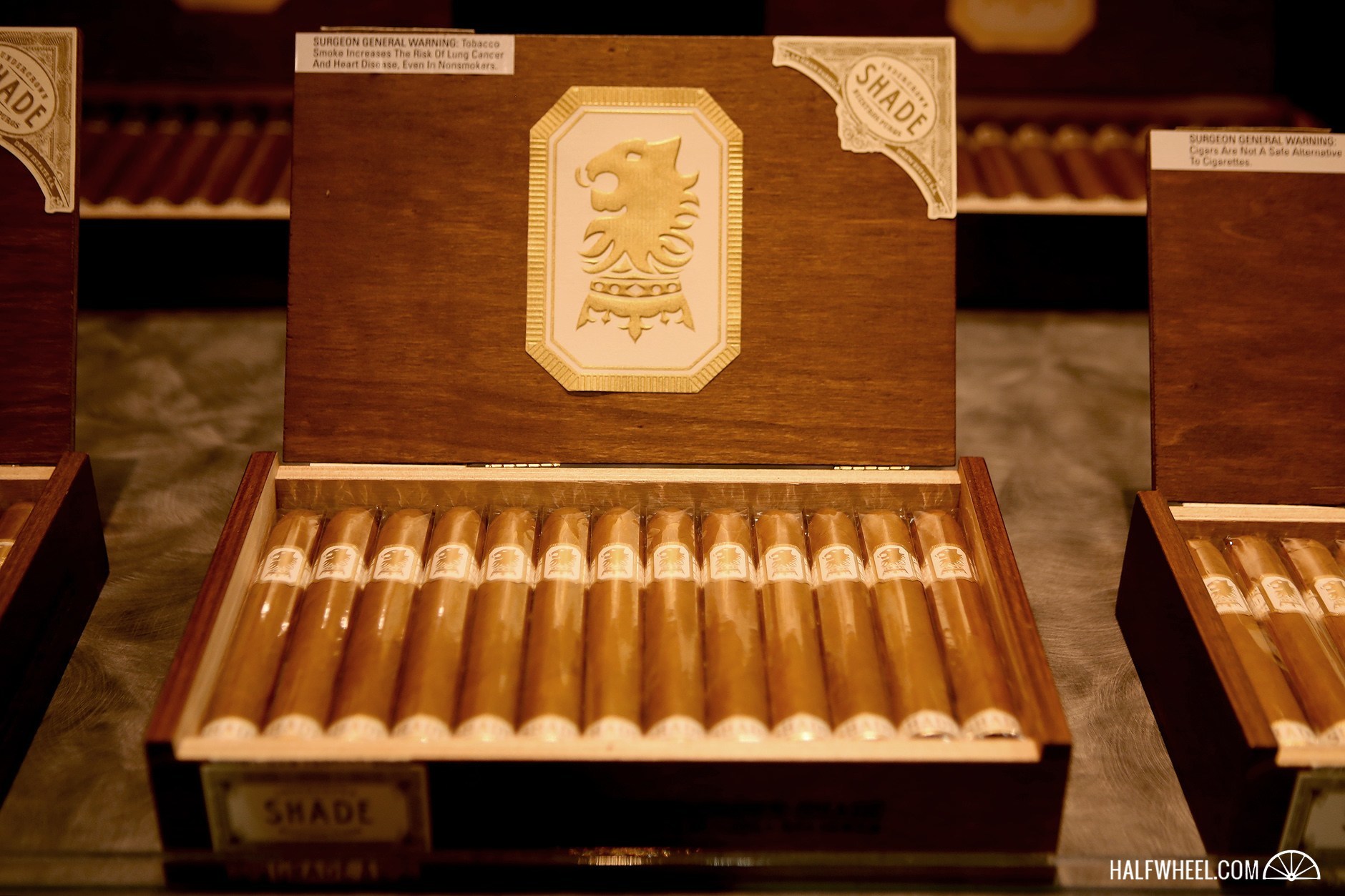 While the Undercrown Shade might not share a blend with its predecessor, it does adhere to the same very reasonable pricing that the original Undercrown line features. It will come in six sizes: 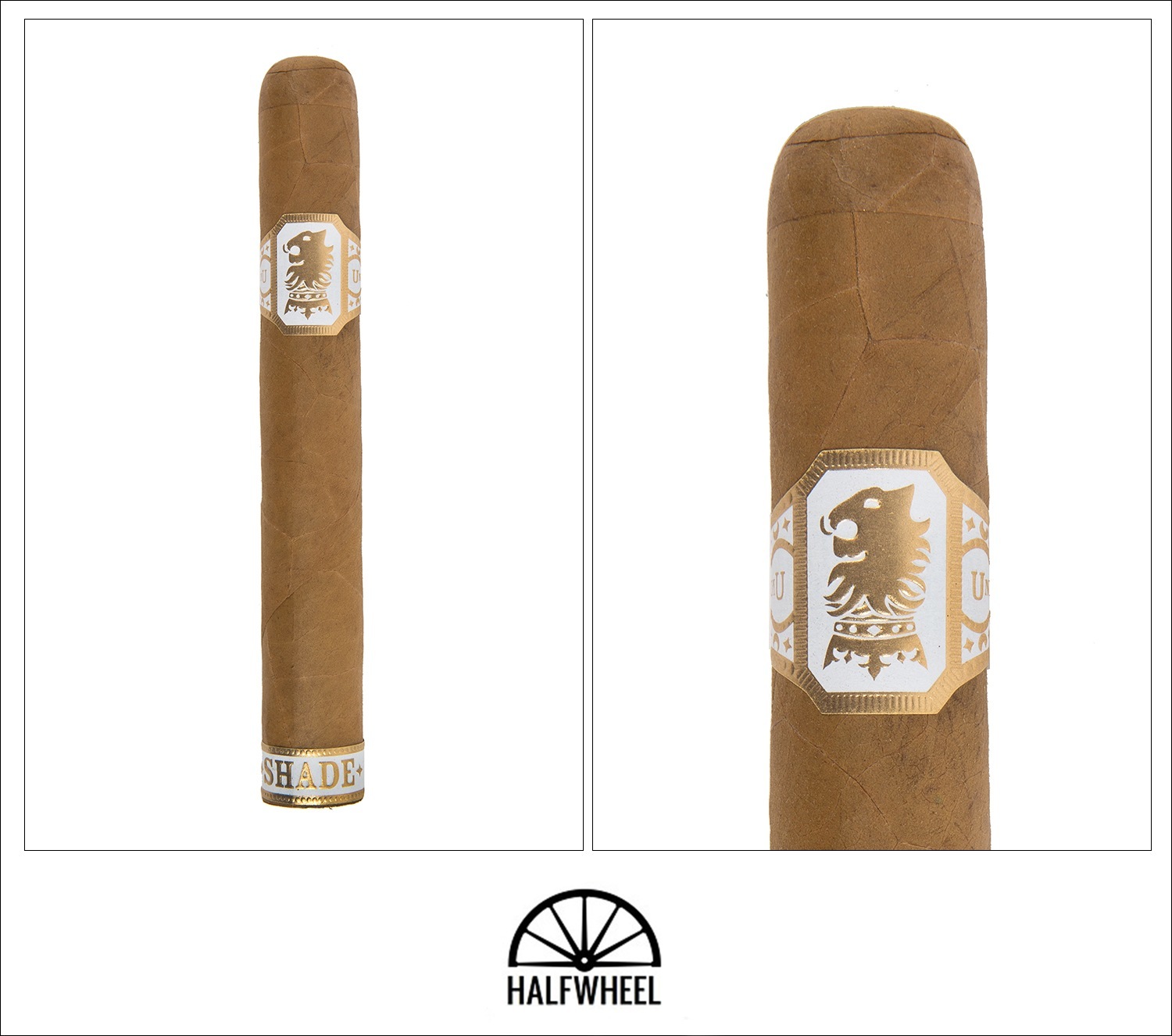 The light brown Connecticut wrapper is extremely soft and slightly oily to the touch, though it falls short of what I would call delicate. There is a bit of give to the cigar, though not much at all. The wrapper has a light but rich barnyard aroma to it, more earth and hay, though light leather notes are there as well. Creamy vanilla and rich tobacco notes greet me on the cold draw, with hints of fruits dancing around in the background.

Starting into the first third there’s some pepper on the tongue, caramel, light vanilla, and just a very buttery creaminess to the profile. There is a good draw, that’s just slightly towards the tighter end of ideal. The ash is interesting—one side is quite dense and has tight rings left in the burn’s wake, while the other side is slightly loose and a touch flaky. Regardless, it holds on easily to over the inch mark. While the cigar didn’t want to light evenly at the beginning, the burn line has evened up to the point where it’s just short of what I would call a razor sharp, even burn line. Similar to other Undercrown and Drew Estate cigars, there is plenty of smoke production on the draw, but unlike their other cigars, after it rests just a few seconds the smoke off the foot dies down to almost nothing. 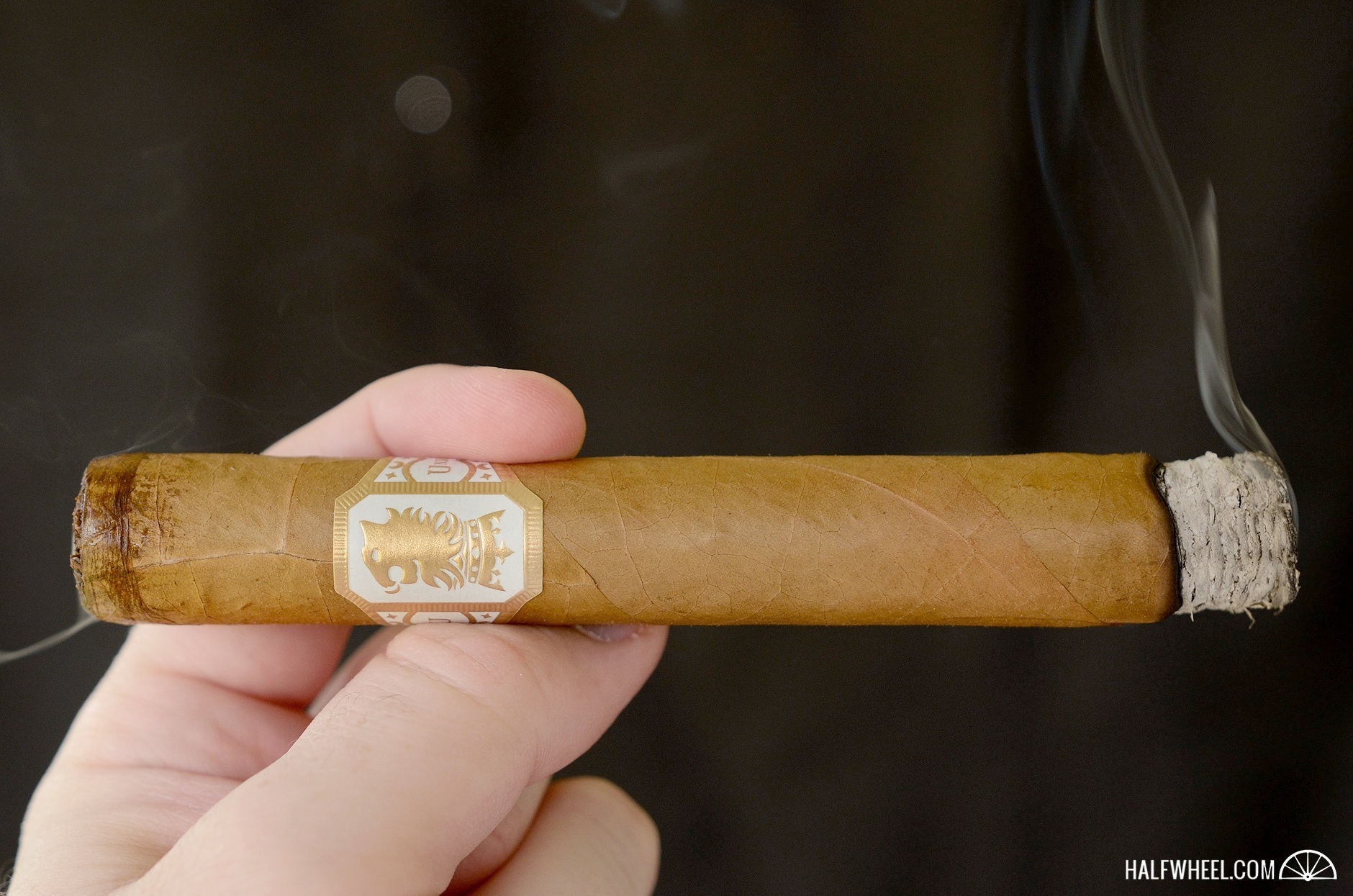 The second third continues with the caramel, and creamy vanilla, while in the background some light white pepper, a touch of rich fruits and grains finish the profile. The burn has started to get a little wobbly, but remains mostly even. Though the ash continues to hold strong, the dense ash from earlier is gone and there is more light flaking happening. A cinnamon note has appeared, and if it wasn’t for the pepper the profile would be quite a sweet affair. As it is, the creamy vanilla, caramel, fruits and grains still overpower the pepper, giving it a more sweet profile than not. 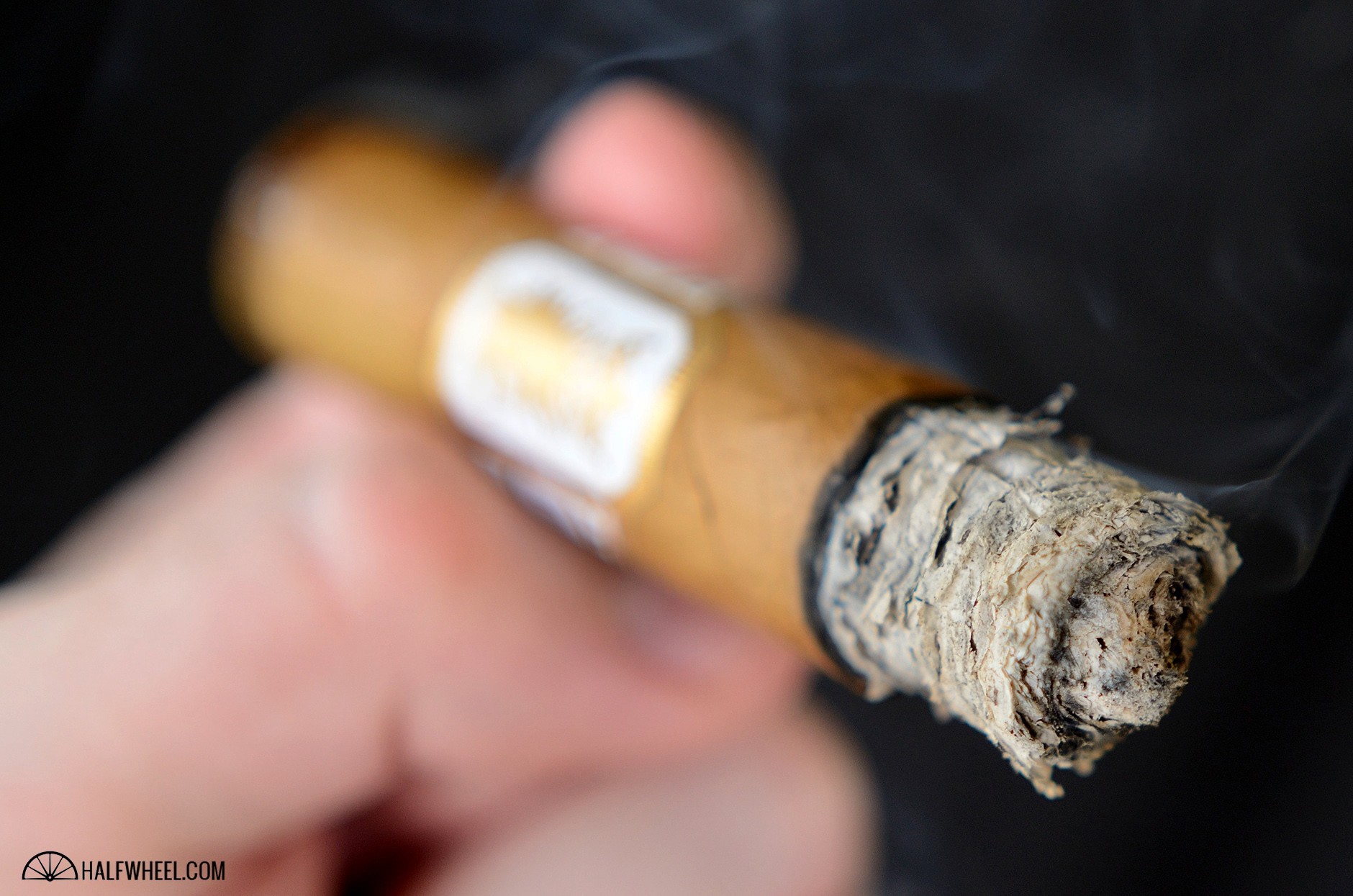 The final third continues to see the cinnamon grow and surprisingly the pepper does as well. Caramel has faded, while the creamy vanilla still persists. The rich fruit and grains are still around as well, but a little further into the background than previously. Unfortunately, the final third followed the trend from the second third as far as the burn is concerned and finally needs a touch up. This doesn’t really seem to affect the profile however, as the pepper, cinnamon and vanilla continue on unabated. Smoking the cigar down to the last inch, it stays cool and smooth to the very end. 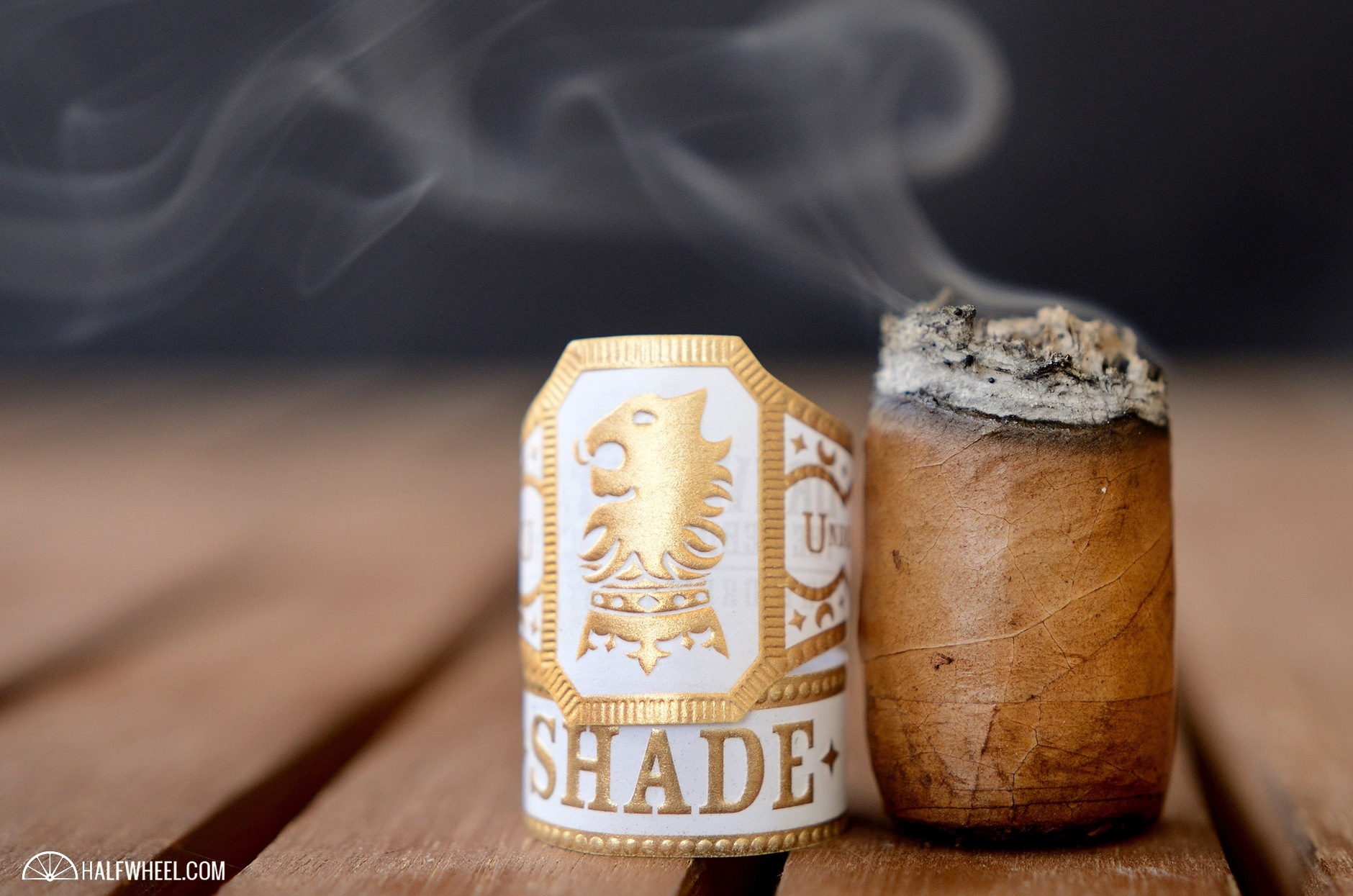 Connecticut wrapped cigars can be hit or miss for me, but the Undercrown Shade was definitely a hit in my book. Even though it’s a completely different blend from the original Undercrown line, I think a lot of people are going to want to know how they compare. Personally, I think I will find myself reaching for the Shade over the original more often than not. The creamy, sweet profile really hit on all cylinders, and despite a touch of flaky ash and a minor touch up in the final third, the construction was quite impressive as well. I think many people who might not enjoy the Undercrown line or perhaps are looking for a more mild but flavorful alternative, the Undercrown Shade will be a good selection. I am really looking forward to trying the Corona in this blend, but until those ship I can easily recommend trying the Gran Toro out for yourself.