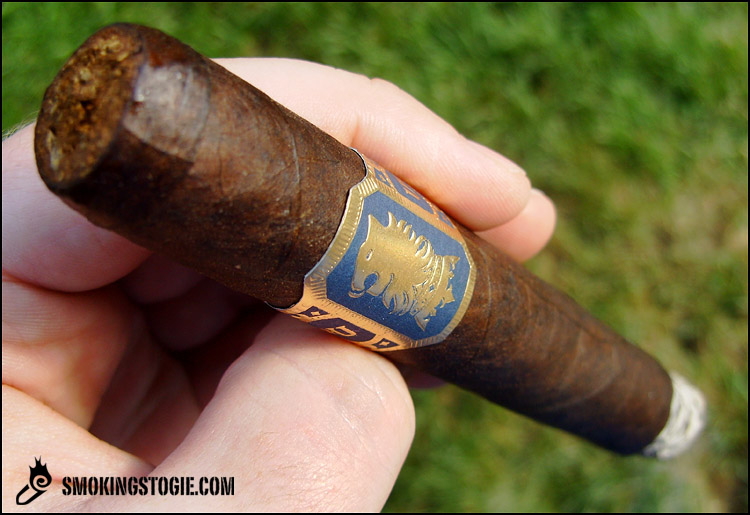 In continuing with our IPCPR 2011 cigar reviews, today we will be taking a look at a new cigar line from the Drew Estate crew, the Undercrown! About six months or so ago, the rumor mill starting churning about a brand new line from Drew Estate that was being released. Honestly at first we were unsure what it was exactly, a lot of suspicions pointed to it being a Liga Privada type release and we soon found out that our suspicions were correct…sort of. It’s not surprise that Liga Privada is becoming harder and harder to track down, only about 250 accounts even sell the product and they simply cannot push production at all because of the availability of the leaf they use.

Jonathan Drew spoke with me back in April and told me some details about the Undercrown and where it came from. To paraphrase in my owns words, he told me that Undercrown was honestly born at the rolling tables in Estelí, Nicaragua. Normally on any given day the crew of factory people would smoke Liga Privada all day, unfortunately that became a problem because there simply wasn’t enough Liga Privada product available to do that, so they came up with a blend that would satisfy their appetite for Liga Privada, and so Undercrown was born.

Jonathan Drew had this to say about it in a recent Stogie Review IPCPR video:

Think of it essentially as the inverse of Liga Privada, when you think of Liga Privada you think of Visos, Secos, Ligeros from different farms, in the old days we could take a little Viso for this farm, a little Seco from that farm and a little Ligero from another farm. It’s not like that anymore, now we have to buy actually farm crop, we have to take the whole thing —Seco, Viso, Ligero and even sometimes scrap. So what we’ve done with Undercrown essentially is we have inversed the fillers, so for instance if I am using a Ligero from the ASP farm in Undercrown, we’re going to switch it from that Liga that we’re using on the Ligero to a Viso here from the same plant. If I’m using a Viso from Nestor from a Honduran farm that I like, on this Undercrown product I’m going to use a Ligero because I’m still buying that whole farm so I need to use all the tobacco. 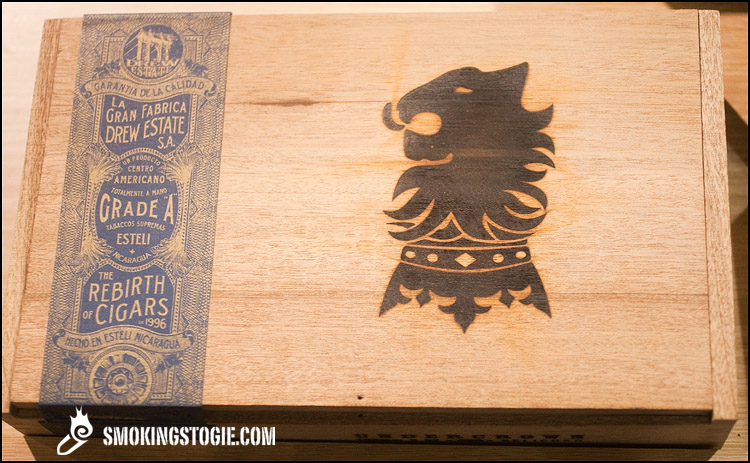 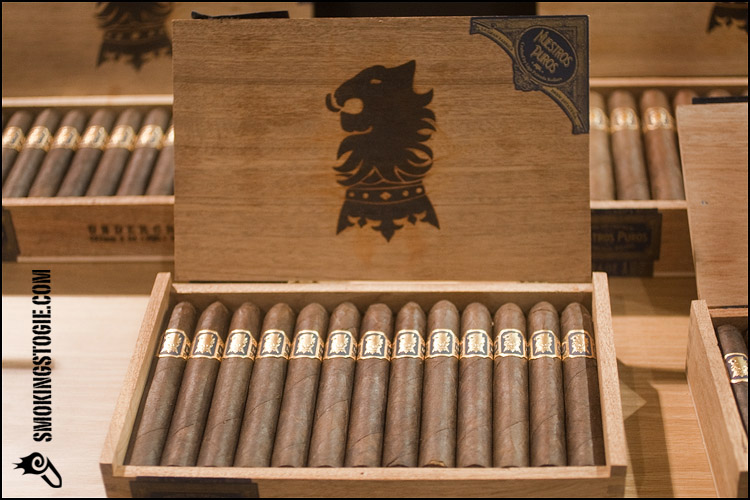 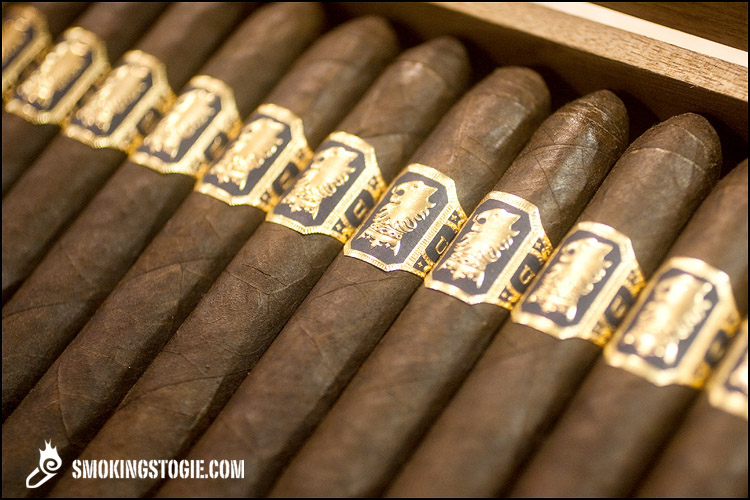 The best part about this new Undercrown is it’s going to be more widely available than Liga Privada.

Initially there will be five sizes available and they are:

Here are some photo’s of the box and art work of the Undercrown taken by Brooks at the 2011 IPCPR in Las Vegas. 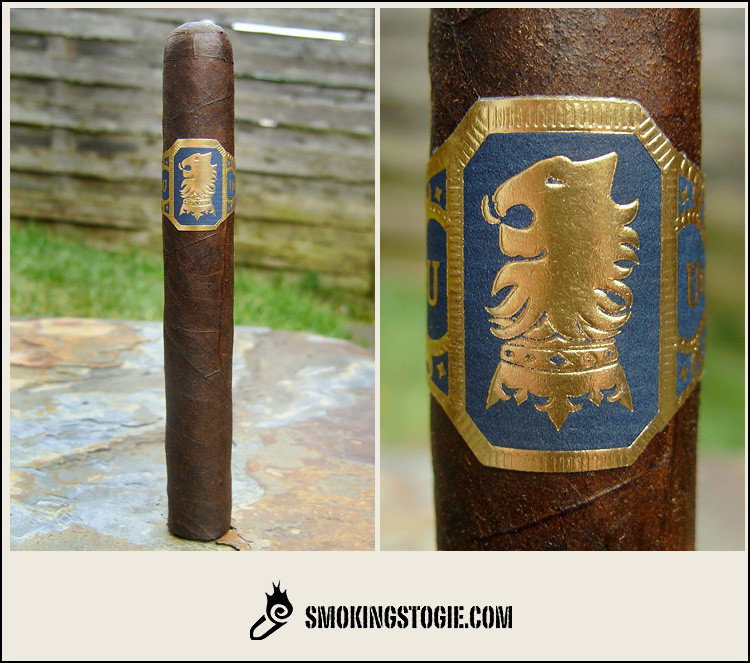 From the get go, I love the look of this cigar, it definitely has a Liga-esque look to it, although in comparing it to the No. 9 and the T52 it has an even darker wrapper. The wrapper is a dark chocolate color with some veins here and there, but overall it has an incredibly clean, smooth and seamless look. The cigar is hard as a rock with literally no give to it whatsoever. The aroma coming off the cigar is really pleasant, it has an incredible sweetness to it, mixed with notes of cocoa and coffee as well as a touch of that warm, shortbread type aroma I get in Liga Privada. The draw is mellow and it leaves a little oil slick on your lips as well as a rich, natural tobacco sweetness. I get a very buttery, creamy taste as well as some leather and chocolate. This is definitely one of the more flavorful prelights I’ve had in awhile.

Starting off in the First Third the cigar starts off extremely velvety and lush with a nice oil sensation on the lips and mouth, it’s incredibly smooth right off the bat with virtually no spice or pepper and a mild to medium body. Initial flavors are cedar, leather, cocoa and a tobacco sweetness. There is an incredibly unique aroma coming off the cigar, it’s a floral like smell with an interesting waxy note. It smells exactly like when you blow out a candle, that smoke filled, waxy aroma. The aroma of the cigar is very easy to detect because even while idle this cigar puts off a massive amount of smoke.

Coming into the Second Third the cigar picks up in body and enters the medium realm. Flavors have increased as well with a ton of leather coming into the forefront as well as cedar, cocoa, coffee and now a touch of licorice. A little bit of spice and pepper has entered the picture and you can faintly notice it through the nose and that’s it. The finish is long with a rich creaminess. 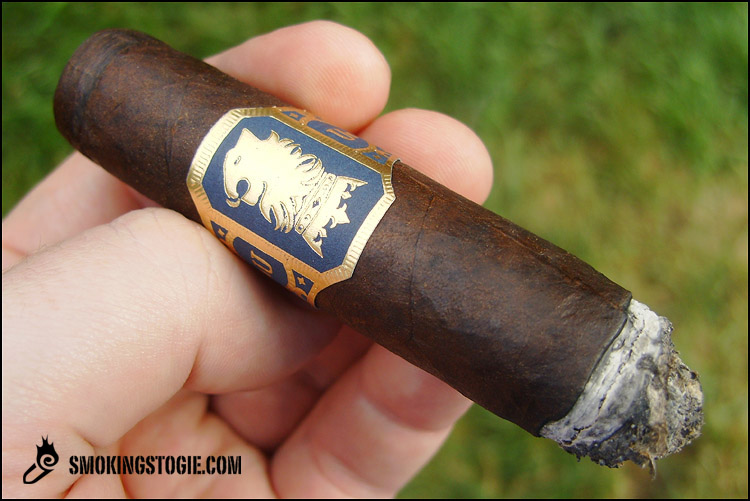 Finishing up in the Final Third the cigar doesn’t change up a whole lot, the flavors gradually become bolder however the cigar stays mellow and smooth to the very end, not once did the cigar heat up or get mushy on me. Flavors of cedar, leather, cocoa, coffee, licorice and earth filled my palate till the very end. 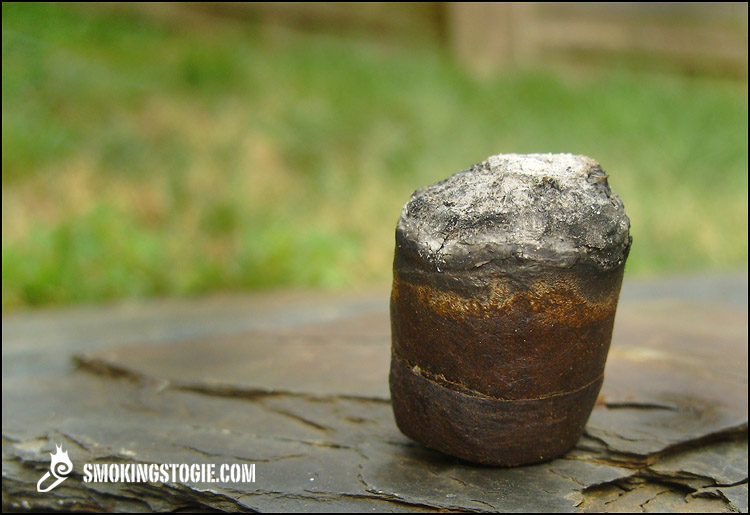 I am absolutely confident that this cigar will do well; it’s definitely something unique and it has great flavor to it. Personally, the only issue I have with it is while I was smoking it all I could think of was, "I would rather be smoking a Liga Privada". The Liga Privada line is held in such high regard to me that I found this to be a let down just by default. However, due to availability, I would definitely pick up this cigar, and truth be told this will probably become part of my rotation for when I want something truly unique, even if it’s not really in my wheelhouse strength or body wise. Drew Estate is at it again, creating and producing products that are innovative and full of passion, which to me is what Undercrown really represents.