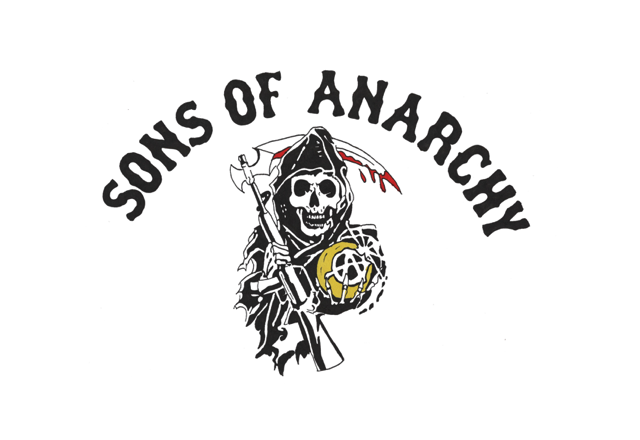 One of television’s most talked about shows is getting a pair of cigars made to commemorate its final season, as Meier & Dutch’s Black Crown brand has unveiled the Sons of Anarchy Clubhouse Edition Chapel and KG-9.

The Chapel is a 6 x 52 toro that uses an Ecuadorian Habano ligero wrapper with a Nicaraguan binder and fillers. It comes in 15-count boxes with a hand carved lid that is a replica of the motorcycle club’s boardroom table. The name for the cigar comes from the name the boardroom is known by on the show. It retails for $135 per box. 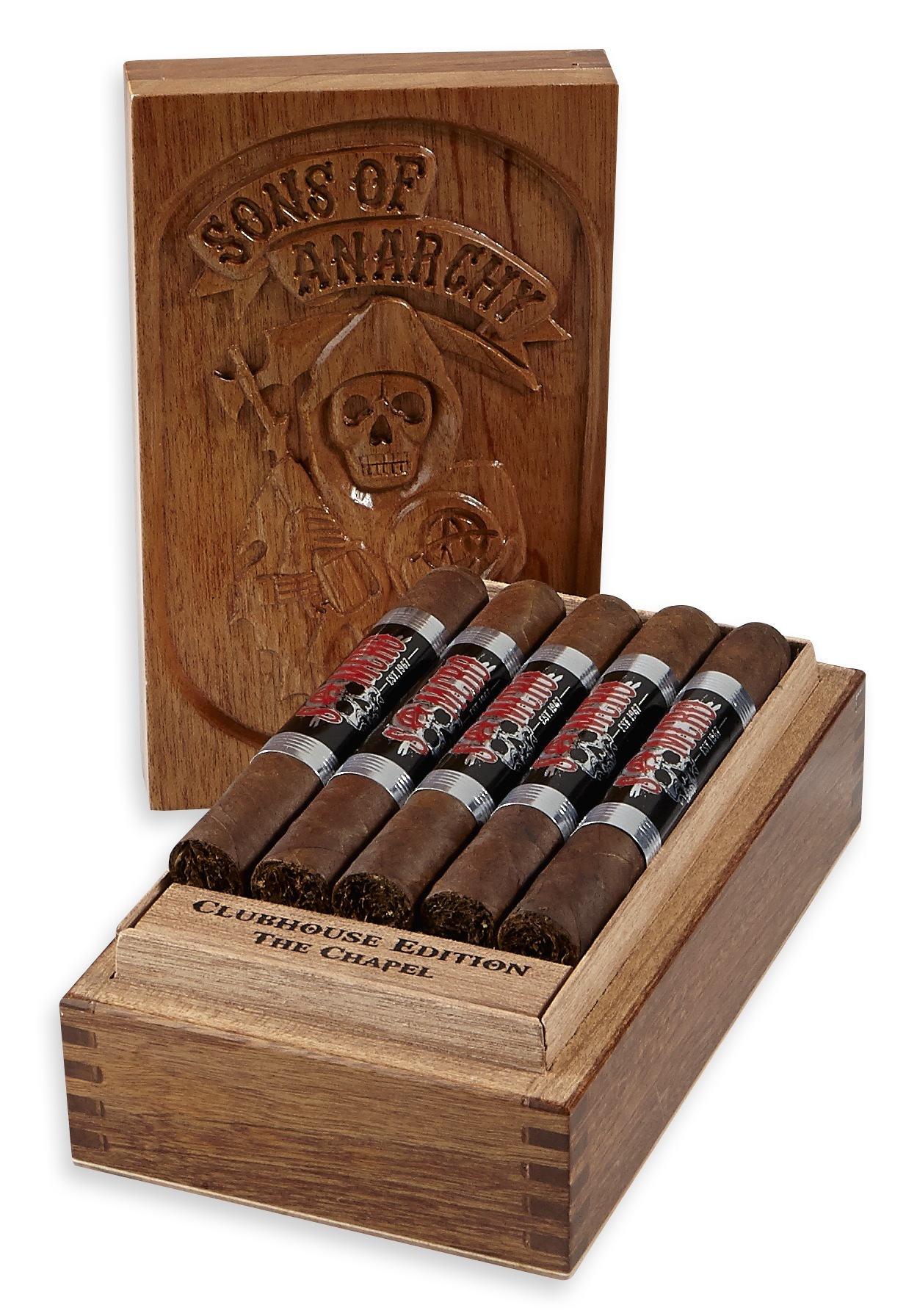 The KG-9 is also being released as a 6 x 52 toro, but with a Nicaraguan Habano sungrown wrapper over Nicaraguan binder and fillers. The 21-count box sells for $189 and is designed to look like a firearms crate, again drawing from a central theme found on the show. 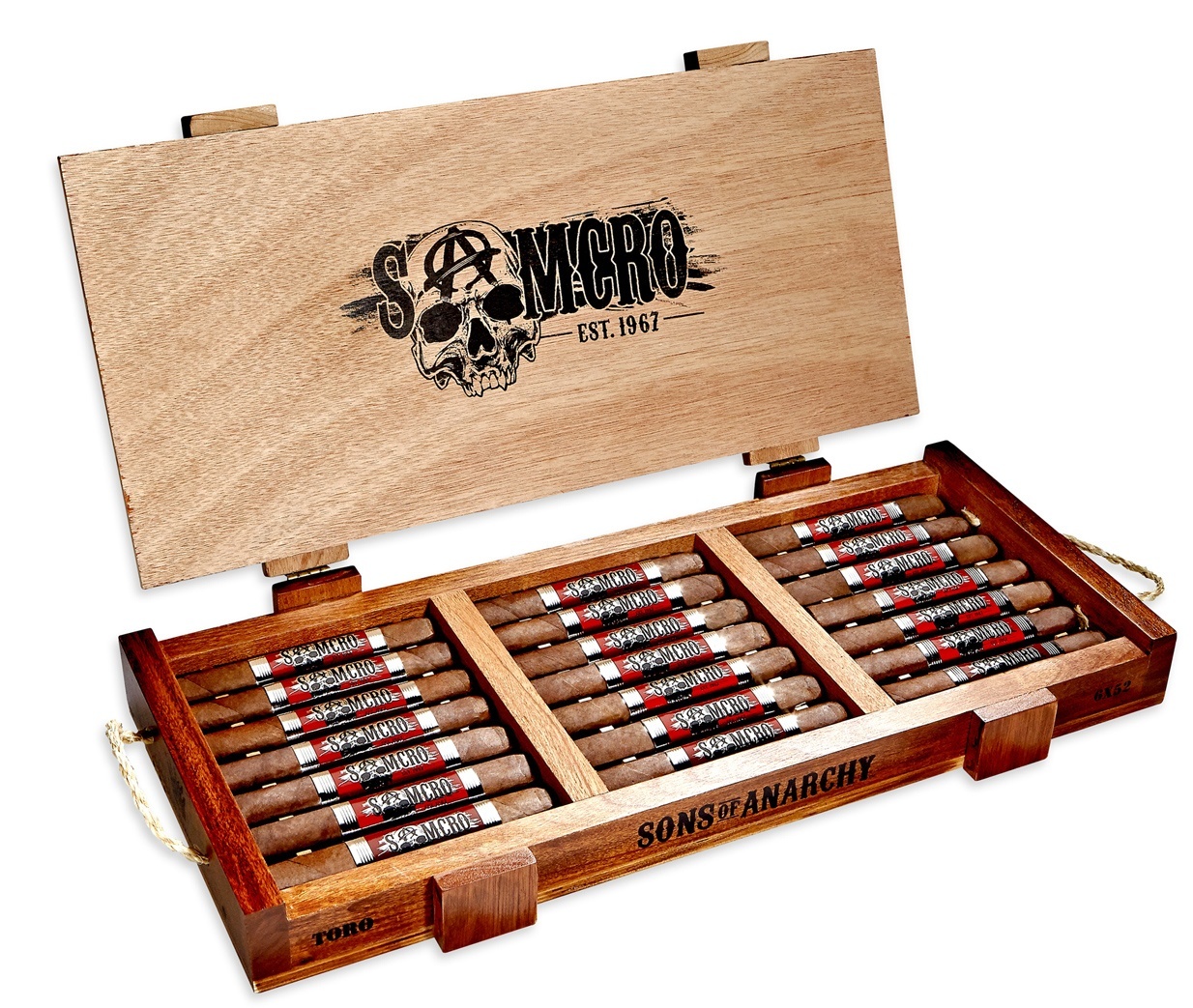 Both blends were created by A.J. Fernandez and produced at his Tabacalera Fernandez S.A. factory in Estelí, Nicaragua. The pair are limited editions and have been released.