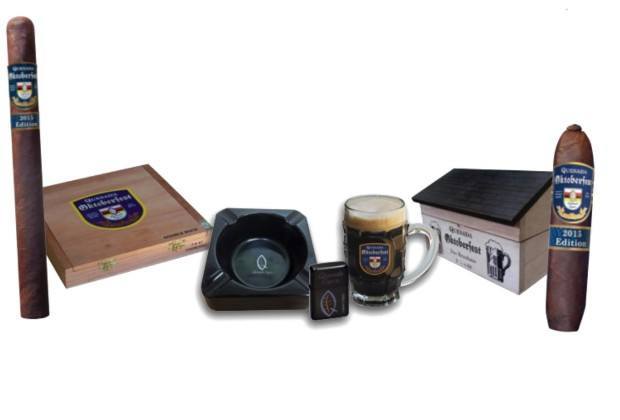 The Quesada Oktoberfest is back—and this time with two new vitolas.

Since its introduction in 2011, the Quesada Oktoberfest has returned before the Oktoberfest holiday—which begins the last week of September—in limited quantities. Since 2013, a limited edition release has accompanied the six regular sizes of the release.

This year, two limited editions will be released. The Oktoberfest Double Bock is a 7 x 47 churchill ($8.95) packed in boxes of 10 with production limited to 1,000 boxes. The other size is Das Brauhaus, a 4 1/2 x 60 double perfecto with pigtail, packaged in boxes of 24 that are made to look like houses. Pricing for the Das Brahaus is $7.50 and it will be limited to 500 boxes.

Perhaps the biggest news is that these two cigars are being made by Plasencia Cigars S.A. in Estelí, Nicaragua and using a blend of all Nicaraguan tobaccos. The rest of the line has been made by Quesada Cigars in the Dominican Republic using only Dominican tobacco.

This brings the total number of vitolas for Oktoberfest to 12.

Last year, the company updated the packaging of the line, which will be kept for 2015, although a secondary band has been added.

Terence Reilly, gm of Quesada Cigars, told halfwheel that the cigars will begin shipping in August.