It may be called a lost blend, but the latest release from Altadis USA’s Trinidad brand can now be found on retailer shelves.

The Trinidad Lost Blends was announced in late February as a limited release that had been tucked away in the company’s cedar room. It uses a Java Island shade grown wrapper, a Dominican Olor binder, and a filler blend of Dominican Olor, Dominican Piloto and Connecticut broadleaf tobaccos. The company calls the blend rich and powerful, with notes of sweet spice, roasted nuts, rich tobacco and decadent caramel that recall the original blend that made the Trinidad name known across the world. 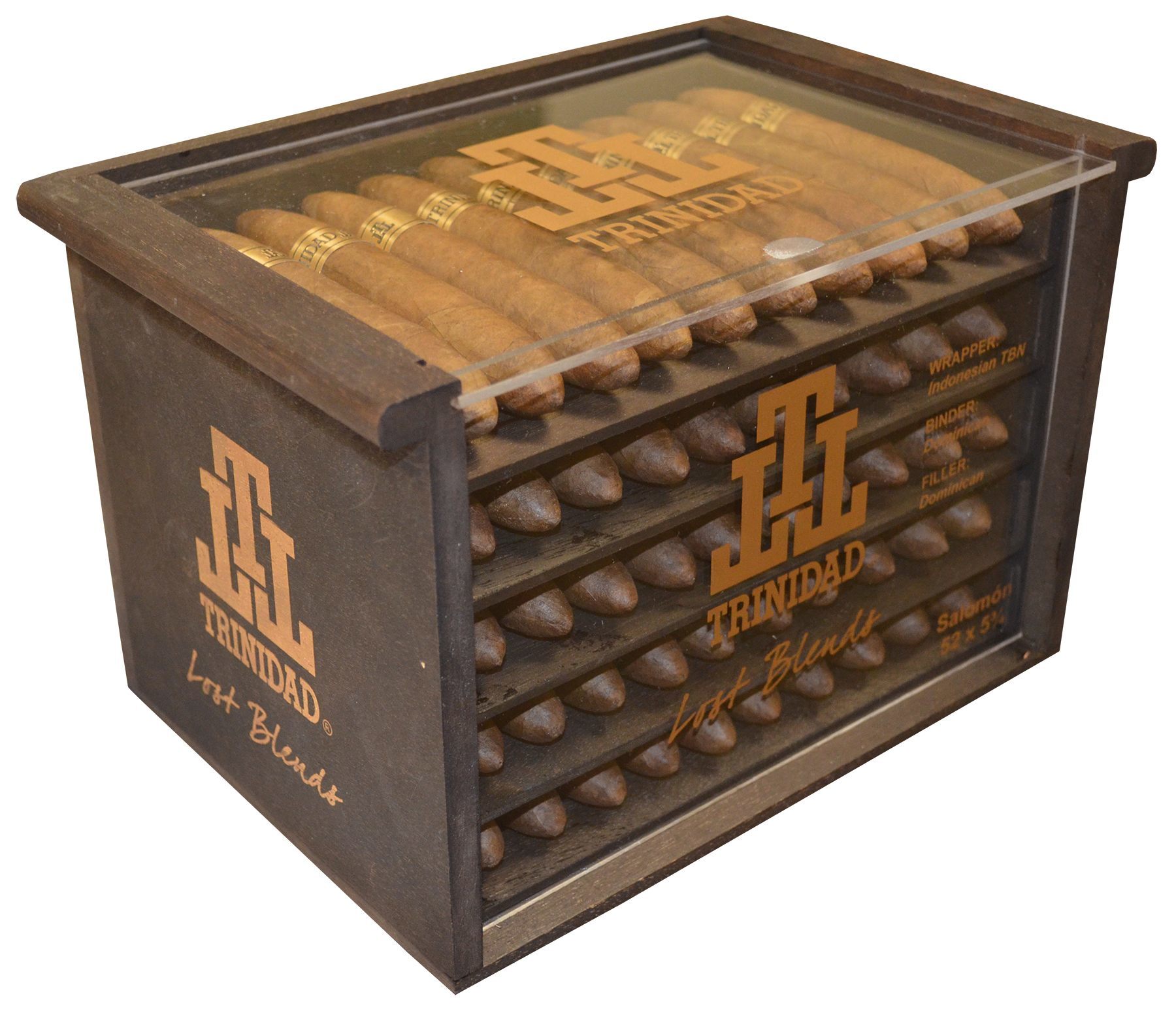 It is being released in two vitolas, a 6 1/8 x 54 belicoso and 5 3/4 x 52 Salomon, each size coming in a 50-count box similar to the one pictured. The company has not confirmed pricing, other than to say that it was expected to be between $10-12 per cigar. CigarHuster.com, who received the cigar this week, has the Salomon priced at $462.50 per box and $9.25 per single.

The cigar was originally scheduled to be released in late March or early April.