Just about a month ago, I reviewed the new Romeo y Julieta Reserva Real Nicaragua Robusto, a 5 x 50 robusto using entirely Nicaraguan tobacco that is being made by AJ Fernandez and sold by Altadis U.S.A. In the final part of that review, I mentioned that I thought the Trinidad Espiritu Robusto was a better cigar for only about $1 more.

While editing the review, Patrick Lagreid noted that he thought it was a bit odd to mention the Espiritu while reviewing another cigar. I explained to Patrick that it came to my mind and likely would be a good point of comparison for consumers when they were talking to a knowledgeable tobacconist because on paper the two cigars are very similar.

The Trinidad Espiritu Robusto is also a robusto that uses entirely Nicaraguan tobacco, that is also being made by AJ Fernandez, and also sold by Altadis U.S.A. The biggest difference on paper  is the dimensions, and even that is close: the Trinidad Espiritu Robusto measures 5 x 52, while the Romeo y Julieta Reserva Real Nicaragua Robusto measures 5 x 50.

So, when I opened up my box of “to be reduxed cigars” and saw an Espiritu Robusto, I thought it would make for a great point of comparison. The only problem was, it hadn’t been six months since the original review was published. So, this redux review needed to wait another month to be published, though I decided to smoke the cigar in late June. 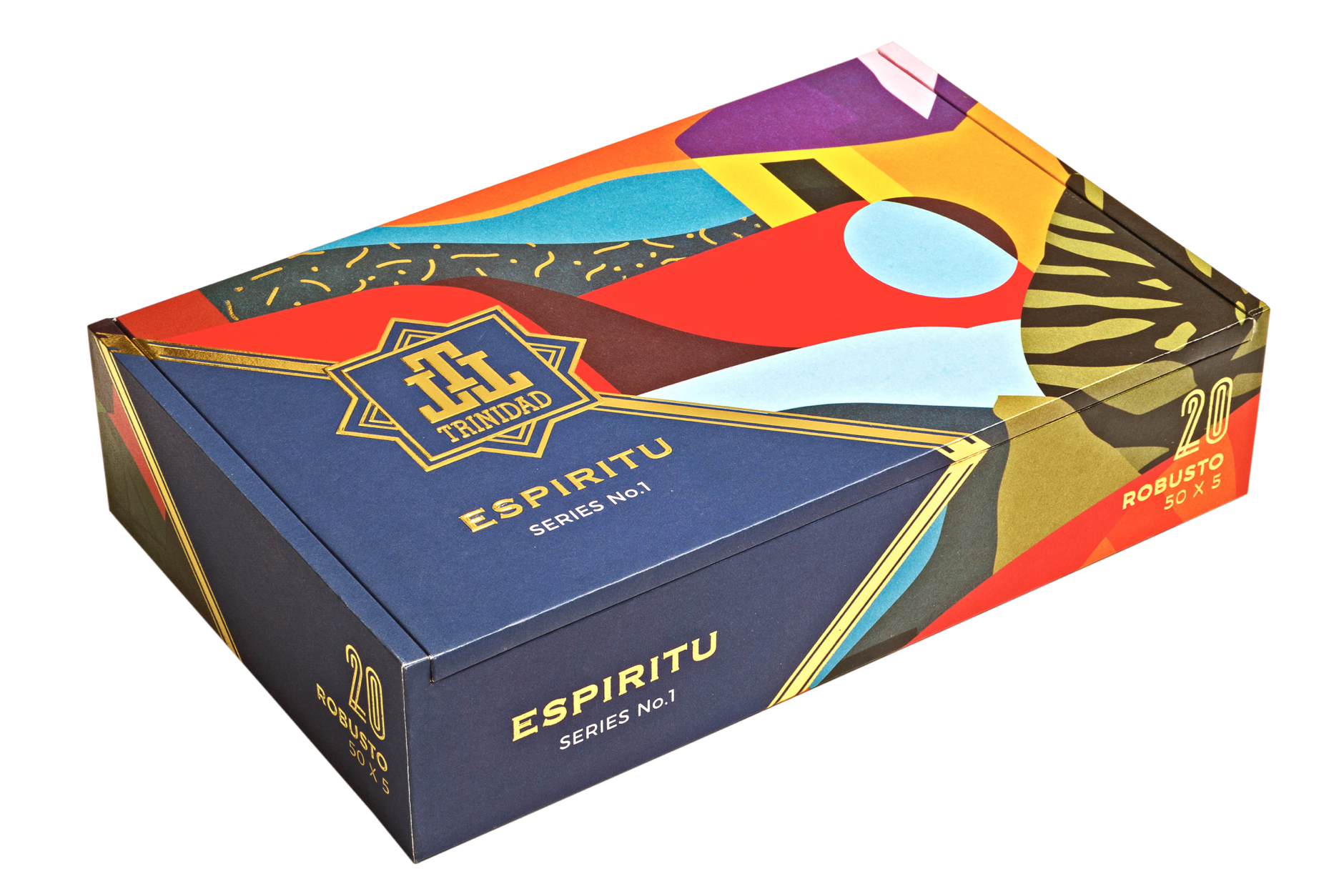 Espiritu debuted about a year ago in June 2019, seemingly another attempt for Altadis U.S.A. to try to reinvent the Trinidad brand that has been largely forgotten about in the U.S. Rather than sticking to its Cuban roots and using another gold and black band combination, the Espiritu’s packaging uses about every color in the rainbow and then some. The company said that it was inspired by Havana in the 1960s. 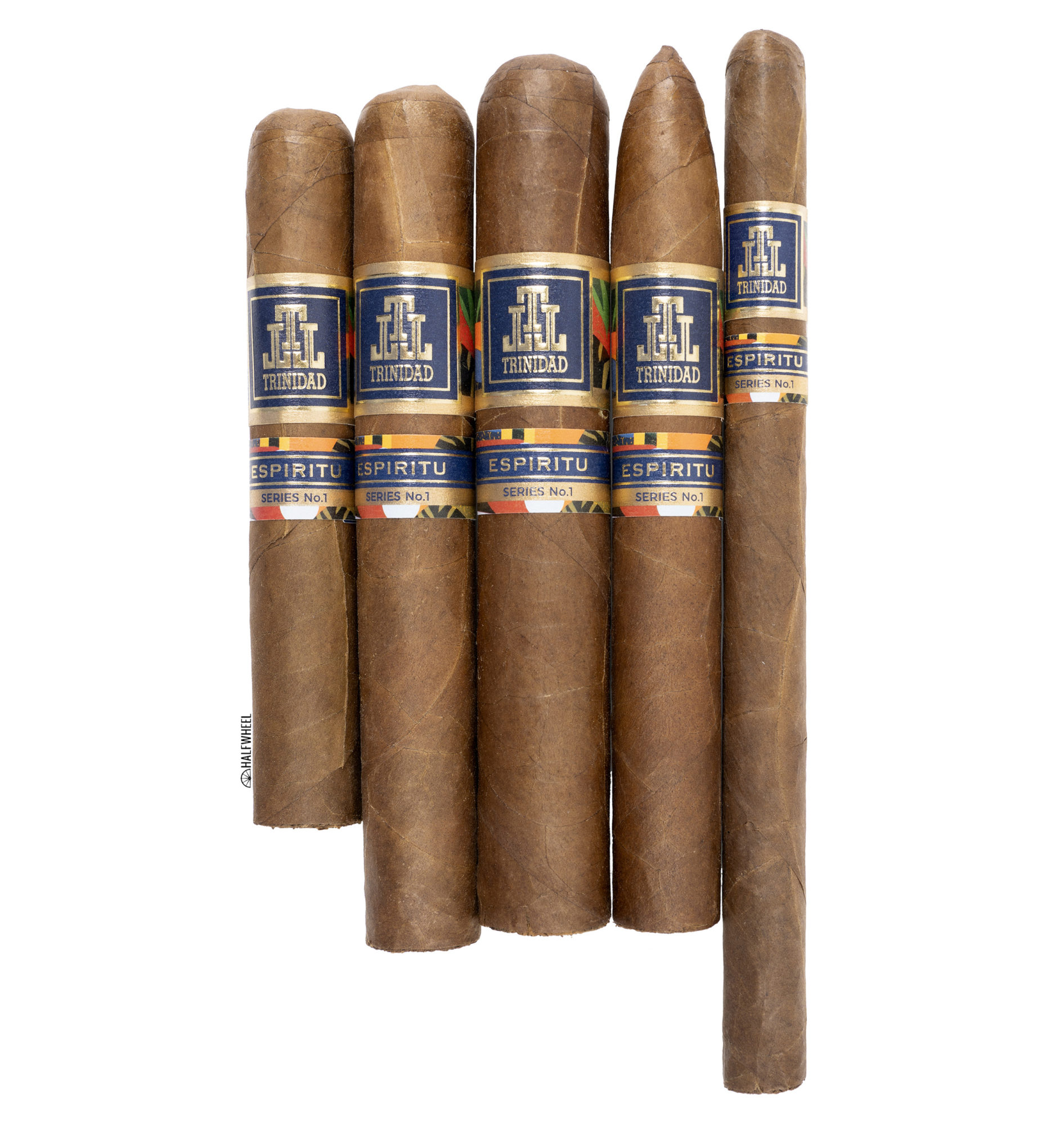 It’s offered in five sizes, though the Fundador is an event-only release:

Here’s what I said when I reviewed the cigar in January:

This is a good cigar—albeit not a very good cigar—that was plagued by one sample burning poorly for the latter half of the cigar. Flavor-wise, it’s a nice medium-plus profile, but I have no idea where it would fall into the large catalog of Altadis U.S.A. releases. More importantly, if you put it on a table next to all the other Altadis U.S.A. releases from 2019, I’m not sure why you would start with this one. Like the H. Upmann Hispaniola by Jose Mendez, a slightly better cigar, Altadis U.S.A. seemed to fall victim of its own richness in brands in 2019. I’m curious to see what becomes of this series going forward, but that has more to do with the trajectory of Altadis U.S.A. than it does with the first offering of Espiritu. 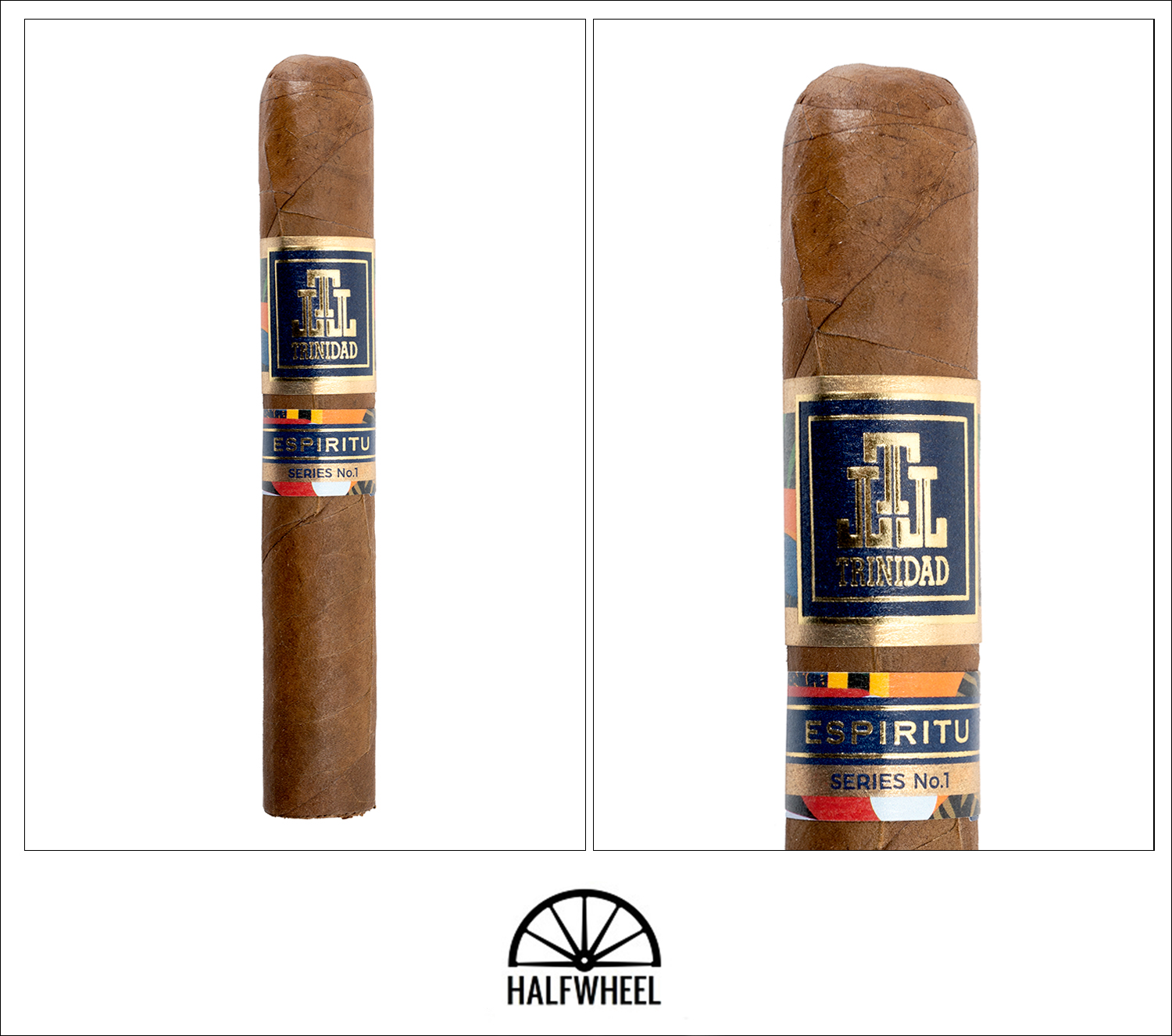 I’m still a big fan of this packaging, easily one of the most colorful cigar bands on the market. That being said, the wrapper is rather boring with just a muted brown color, a small amount of oil and very little in the way of any red hues. Furthermore, the texture of the wrapper is rather rough, almost like sandpaper. Aroma from the wrapper is medium with some leather, graham cracker and a bit of chocolate. The foot has mushrooms, some spoiled fruits and leather. To be quite frank, the cold draw tastes gross. There’s more mushroom and quite a bit more of a spoiled flavor that overwhelms just about every other part of the medium-plus flavor.

The Espiritu Robusto begins with some earthiness, a generic nuttiness, a rotten apple flavor, some crackers and a white pepper. It’s a nice progression of flavors with each one lasting a second or so before the next one hits the palate, culminating with an unsalted potato chip flavor on the finish. The first third settles on a mixture of bread, some lemonade, touches of a hoisin sauce and some crisp earth. Retrohales produce a mixture of earthiness, floral flavors and a bit of new car smell. The finish has a lot of charred earthiness, some bread, coffee and black pepper on the top of the mouth and back of the throat. Flavor is full, body is medium and strength is medium. Construction is awesome with an absolutely ridiculous amount of smoke in both the mouth and coming off the foot. 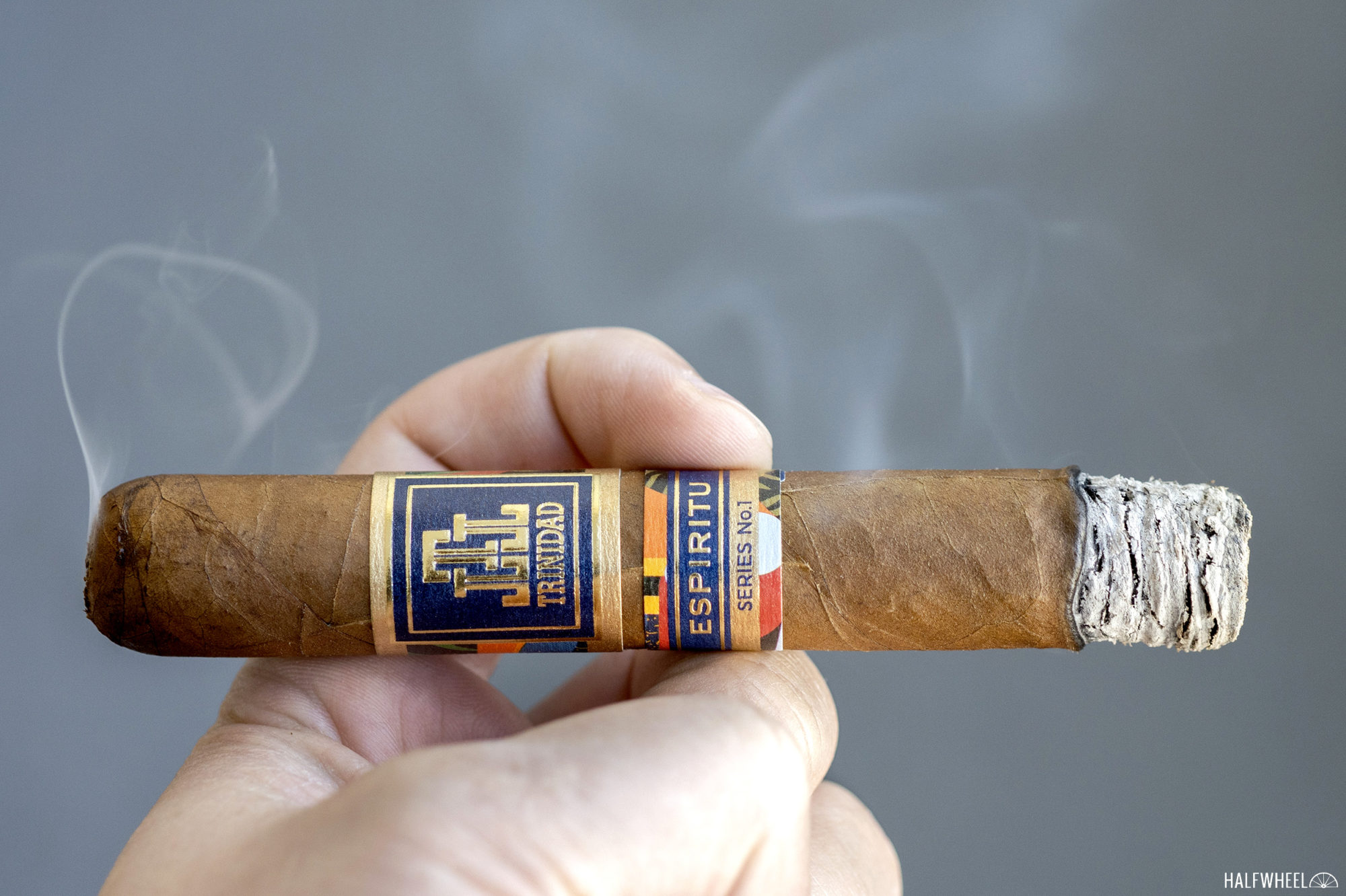 There’s an uptick in earthiness in the second third, both a generic earth and more of a wet earth flavor. In addition, I pick up some sandiness and a bit of citrus. Retrohales have water chestnuts, citrus and a roasted earth flavor as compared to the charred earth from before. The finish has some peppermint, but like the rest of the palate, it’s still quite earthy. While the earthiness remains for the final third, creaminess and an unsalted potato chip flavor help to balance things out. Retrohales have that damp earth flavor from before, some indeterminate sweetness and black peppercorns. The finish is much crisper with pecans, minerals and a semi-sweet creaminess. Construction remains fantastic until the very end with the standout being a constant stream of copious amounts of smoke.