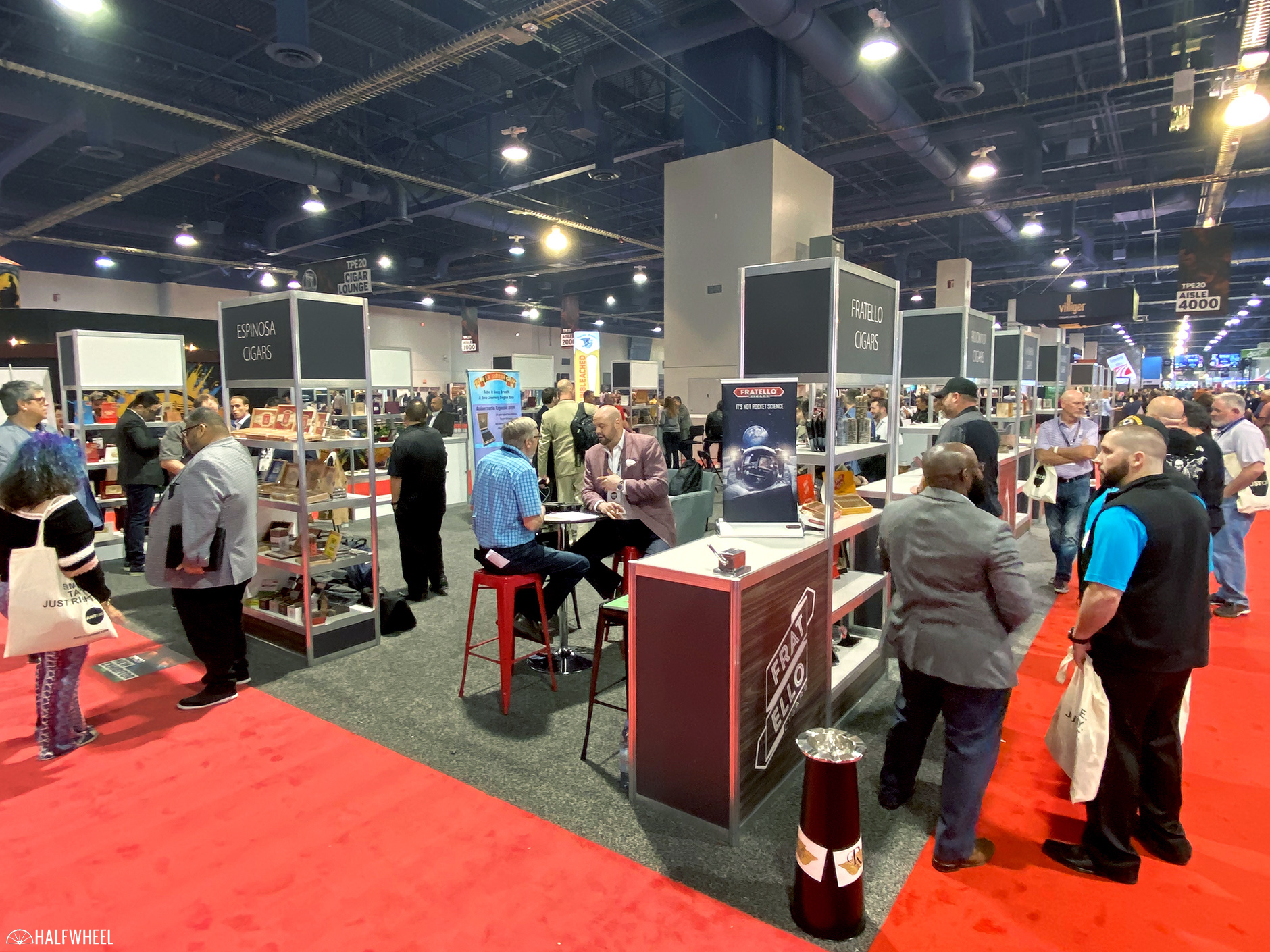 This marked the first time that I had been to the Tobacco Plus Expo (TPE) since 2015; after covering it that year as well as in 2013, scheduling conflicts prevented me from attending until this year. To say that my memories from 2015 are glowing would be a vast overstatement; if anything, it was a show geared towards head shops and convenience stores rather than the kind of places I think of when wanting a cigar. If anything, cigars were definitely in the minority.

That is certainly not the case after this year.

Has TPE become the cigar show? No, at least not yet. Is it just a show where cigars are shown off? Yes, but it is also more than that, and certainly much more than it was five years ago.

I wasn’t there for those transitional years, rather I relied on the words and pictures of Charlie Minato and others—although no other media was really covering it until last year—to recap those shows. So when I walked in this year, I certainly found a number of things rather interesting. 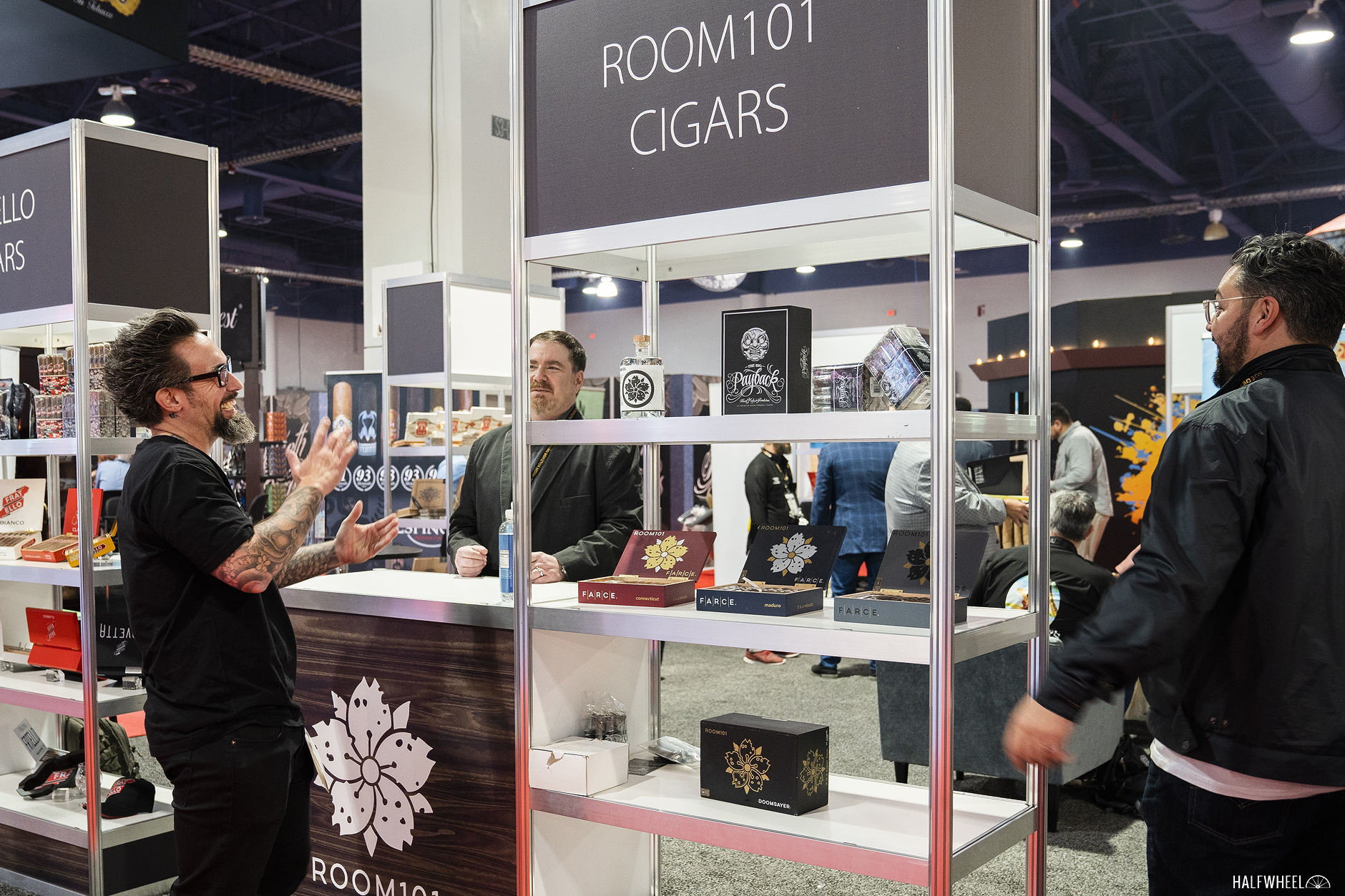 First, the clear visible separation of tobacco products from tobacco alternatives. If the geography of “front left corner” wasn’t clear enough, all one had to do was check the color of the carpet. Blue carpet meant alternatives, red carpet meant traditional tobacco products, although that was a bit liberal as there were a number of other companies there, such as point-of-sale systems. But for the most part, the division was pretty clean.

Second, it was a much cleaner and well-presented show. While I wouldn’t say the 2015 version felt dirty, but the exhibitors occasionally left some things to be desired. This year, the booths across the floor felt much more professional, organized, and geared towards business.

Third, the cigar companies present felt much more focused on new products, opening new accounts and growing existing ones. It was a rarity to get many stories out of a TPE show five years ago; this year we wrote more stories about new products than I can recall in the previous years combined.

On the floor, the layout was fairly familiar to other shows, and when comparing it to the PCA Convention & Trade Show, the booths are smaller, in some cases fractionally the size of the summer event. There were three groupings of eight manufacturers in what was about a 30 x 50 space, which meant that each company had a standing cabinet-style desk and a vertical display with about four shelves for product. Certainly condensed but effective, and also a low-cost way to dip one’s toe into the TPE waters.

It was also incredibly helpful and beneficial to have a corner of the floor dedicated to premium cigars, pipes and tobacco. The last time I was there you really never knew who would be next to the premium cigar booth you were visiting, it could be someone selling glassware and marijuana paraphernalia, e-cigarettes or any number of “novelty” items. Not only did I not see nearly as much of that while walking the floor, it certainly wasn’t near the cigar section.

Simply from a perspective of walking the floor, it was quite a difference from the TPE I remember from 2015, and a difference that was for the better. Again, it may not be the cigar show, but it is certainly much closer to it than I remember. 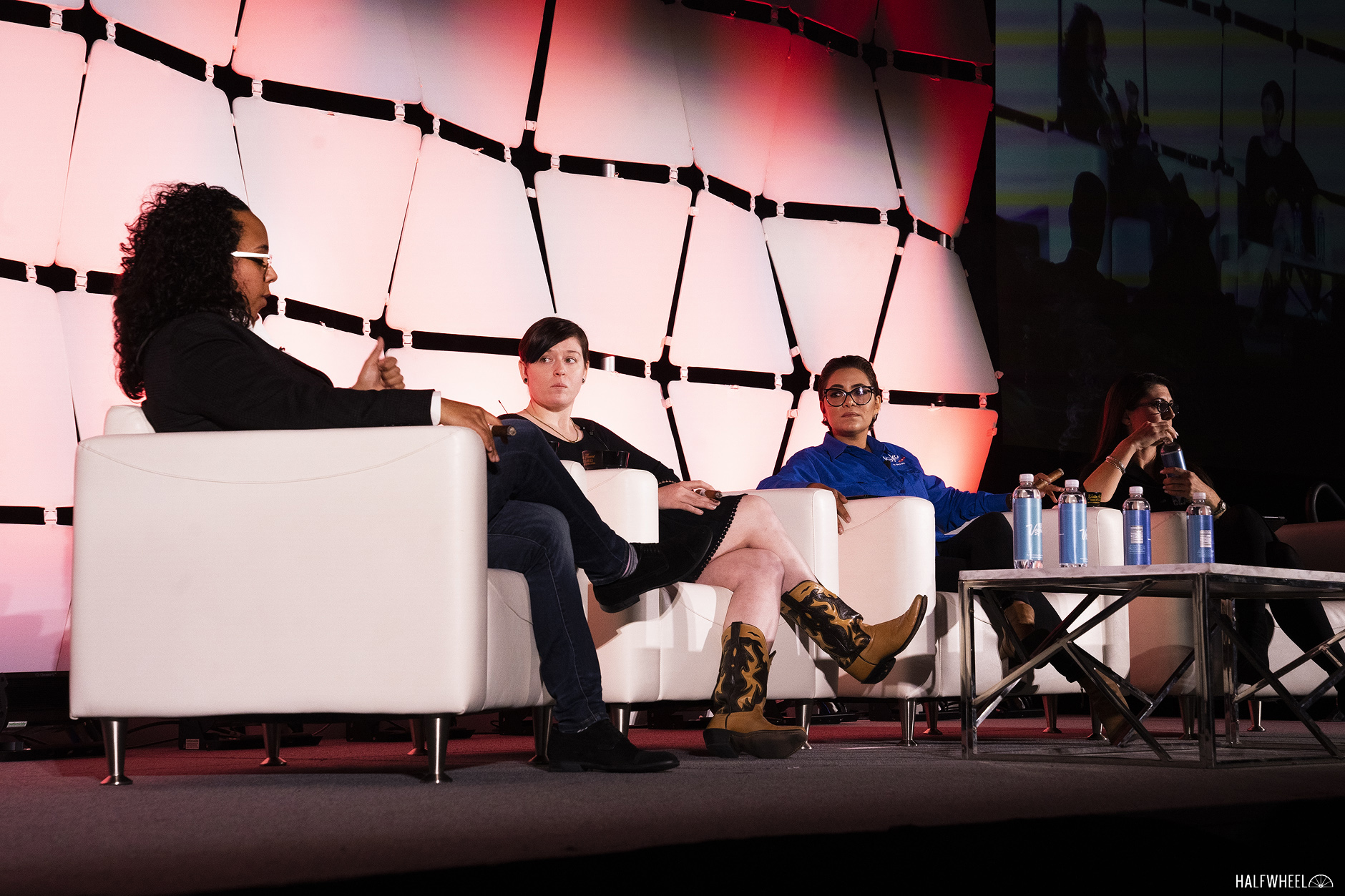 Beyond that, the rest of the event’s mechanics worked well. An event at TopGolf on Tuesday night provided a wonderful and relaxed way to kick off the show, while the industry party on Wednesday night seemed to have more people talking positively than almost anything else. I only had time to take in one of the educational seminars, which addressed women in the cigar industry but drew a good crowd and showed that there was much more to talk about than the time allowed. The full roster of seminars looked to offer topics of interest to nearly all of the segments of retailers and manufacturers in attendance.

I’m sure that people had complaints about some things, but the ones I heard were few and far between. Personally, I would have liked to see badges being scanned to get some real, usable data on who was on the floor, when they were there and how long they were there for, but it doesn’t appear that will be available, at least beyond a simple count of how many badges were issued. While I’d also prefer the convenience of staying in a hotel attached to the venue, that’s simply not possible given the Las Vegas Convention Center’s design. Thankfully in a city where cabs and rideshares are readily available, as well as the Las Vegas Monorail, waits are never too long.

From the companies I talked to, the reaction was generally good if not quite glowing, but positive enough to have many of them renewing for 2021. Many mentioned opening new accounts and seeing existing customers who otherwise don’t attend trade shows. Additionally, it provided some revenue in a generally slower time of year for ordering, about which no one was complaining.

But most importantly, seemingly every company I talked to had either committed for next year—many in bigger booth spaces—or were getting ready to sign the paperwork to do so. While the number of orders or amount spent at the show is still below that of PCA, the investment to get those dollars remains fractional, a proposition that would seem to bode well for future years as long as it is sustainable, something that I certainly question but remain optimistic about.

There is no doubt that the Tobacco Plus Expo is still not the cigar show in the way that the Premium Cigar Association Convention & Trade Show is, but for someone who hasn’t attended in five years, the gap has certainly closed. There are more cigar manufacturers there, they are showing off more new product, and there seems to be at least a viable number of retailers attending to warrant the investment. While the next several months will determine a good amount about the role of trade shows in the cigar industry, if the prevailing attitude leaving the TPE 2020 show holds up, 2021 would seem to be another step forward for the show I first saw some seven years ago.