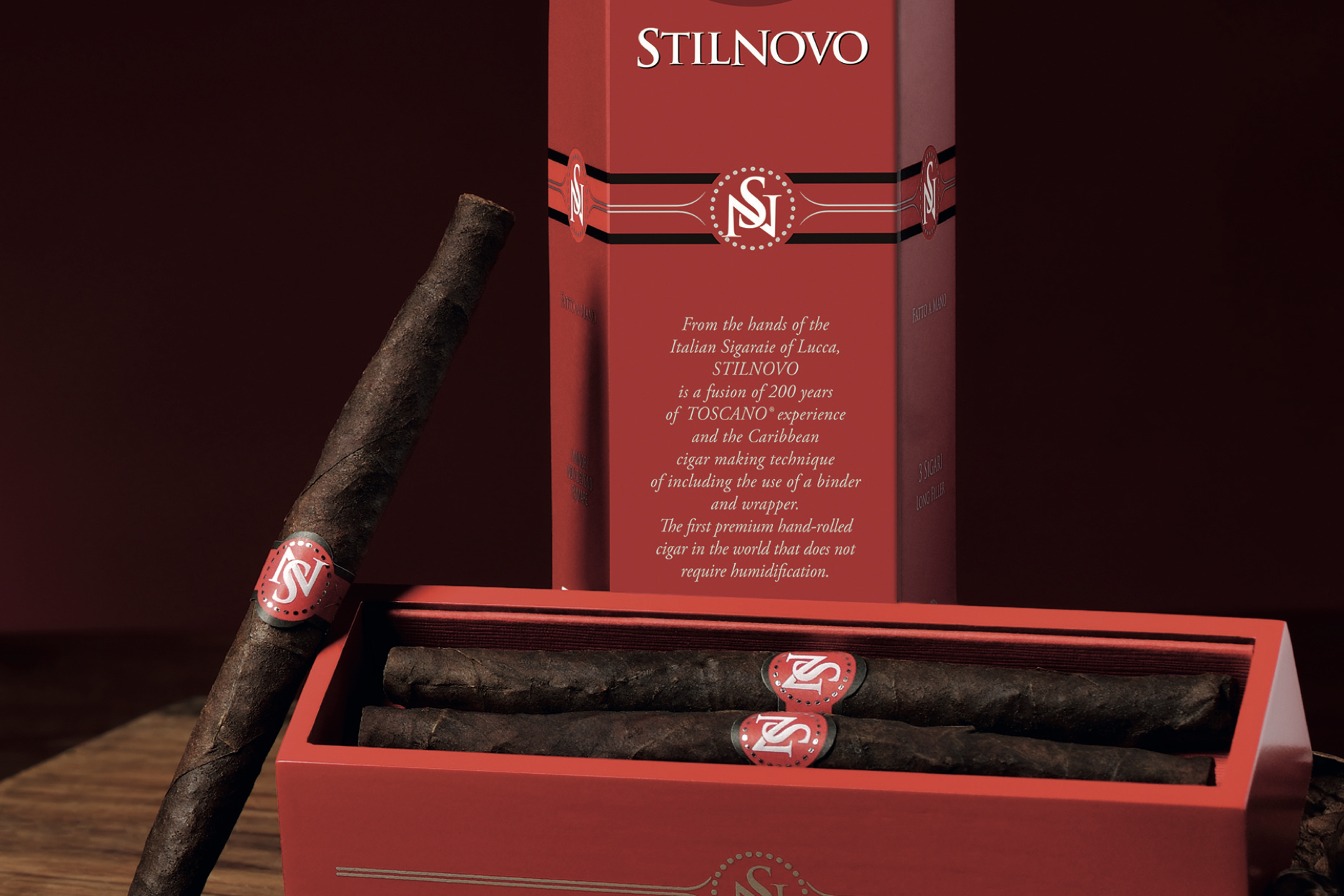 Toscano is the foremost name when it comes to Italian cigars but in recent years the company has begun offering slightly larger cigars.

The newest of those is called Stilnovo, a 6 1/2 x 40, that is a hybrid between traditional Italian cigar making and how handmade cigars are made in the rest of the world. While most Italian cigars use just wrapper over fillers, the Stilnovo uses a binder, which is uncommon. Like other Italian cigars, it is precut and tapered on both sides like a perfecto.

A Kentucky fire-cured wrapper is used on the outside, over a binder of Italian Kentucky tobacco grown in Val di Chiana near Tuscany over four-year-old Italian-cured Kentucky tobacco.

Because all of the tobacco is fire-cured, the cigar does not need to be humidified. It is made at Toscano’s factory in Lucca, Italy.

Pricing is set at $7.50 per cigar and it is sold in boxes of three. It is expected to ship around the 2019 IPCPR Convention & Trade Show, which begins June 29 in Las Vegas.

Toscano is distributed in the U.S. by Miami Cigar & Co.