Almost two years after General Cigar Co. purchased the Toraño portfolio, the company announced the details of four new blends under the Vault name in May. While each blend uses the same band and box design, the cigars are differentiated by specific colors, they sport: green, purple, orange and teal.

Two of the four blends—Vault P-044 (green) and Vault TM-027 (purple) — are being sold exclusively at brick and mortar stores, while Vault C-033 (orange) and L-075 (teal) are available only through catalog retailers.

The Vault TM-027 (teal) is covered in a Mexican San Andrés wrapper, along with a Nicaraguan binder and broadleaf and Nicaraguan filler tobacco. 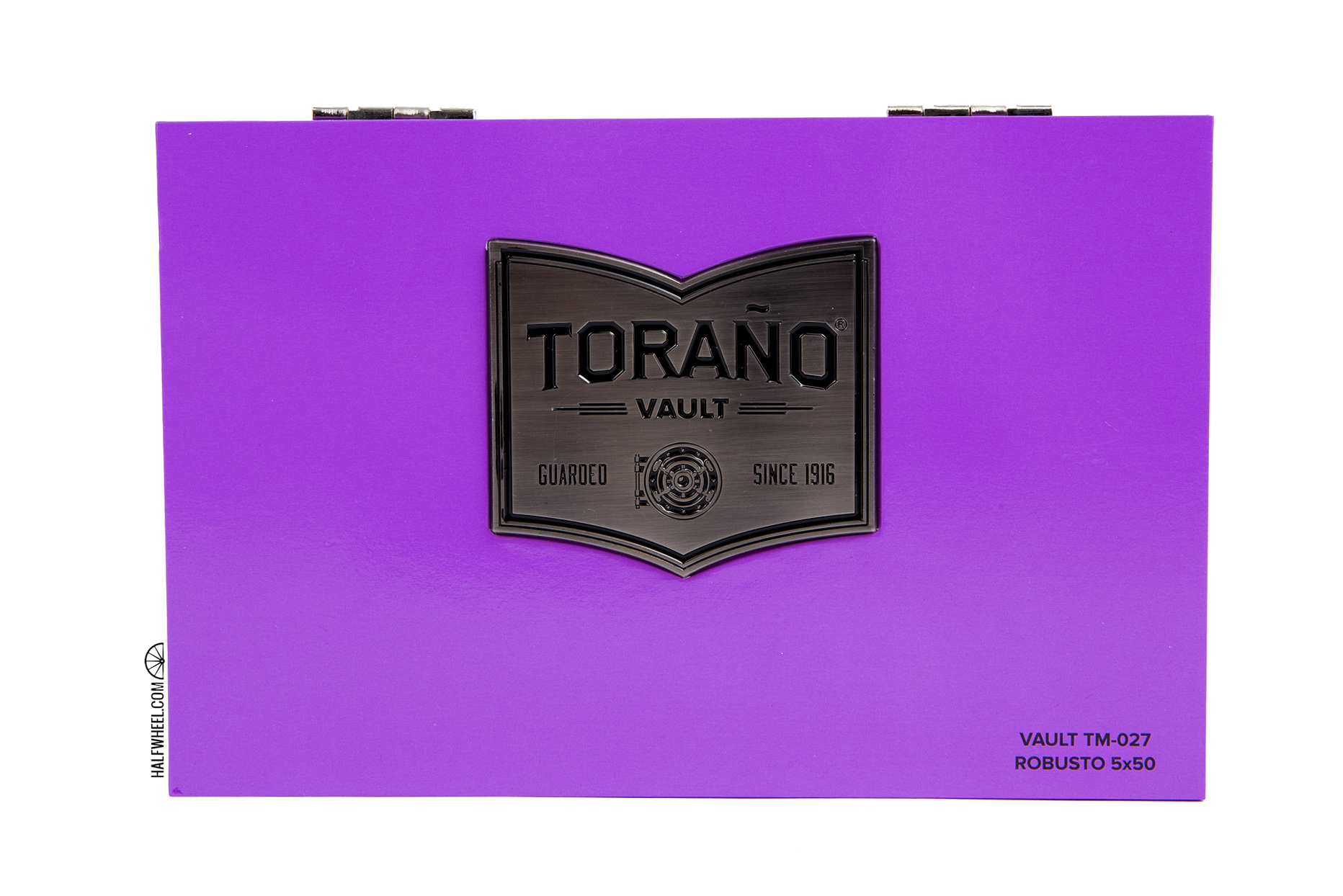 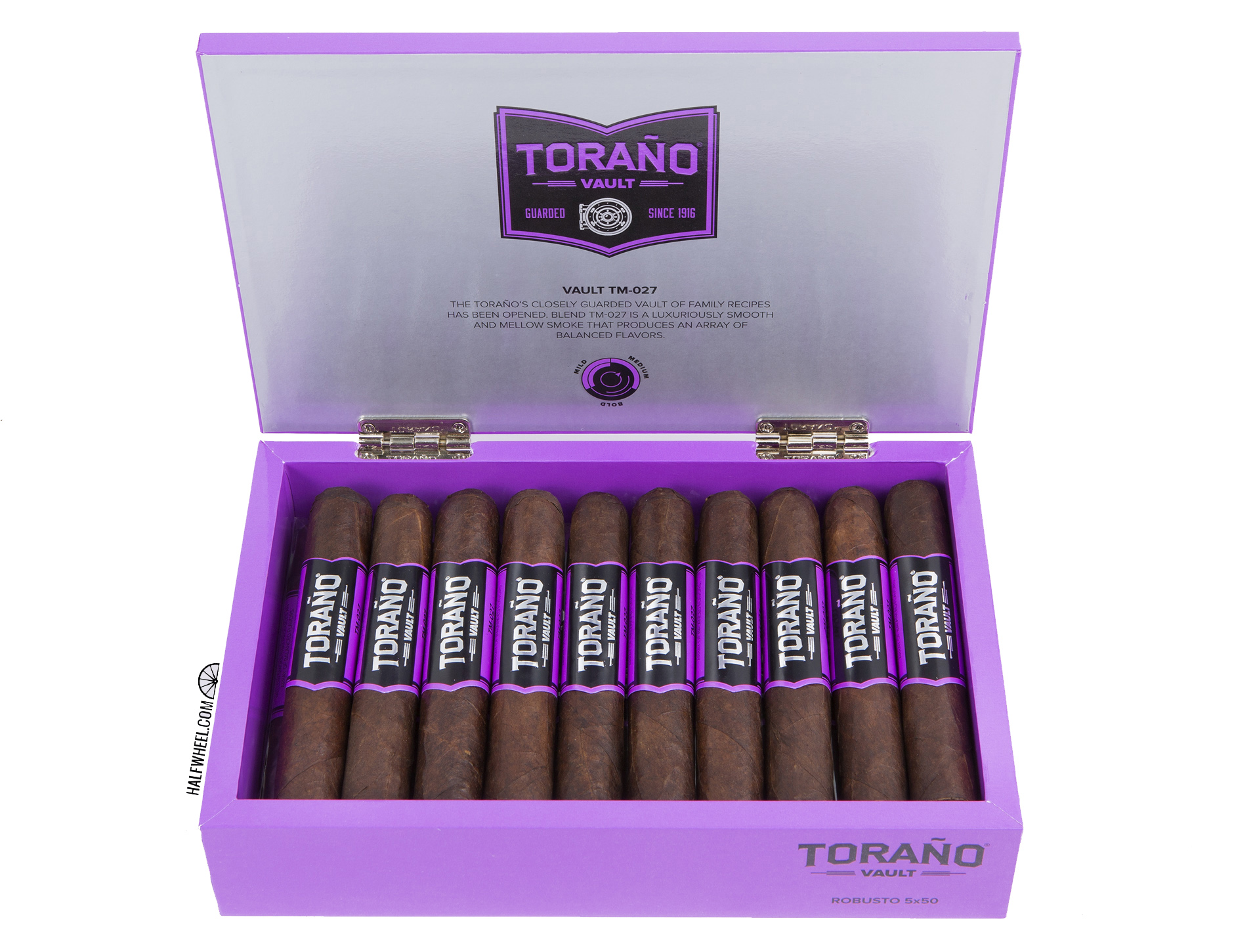 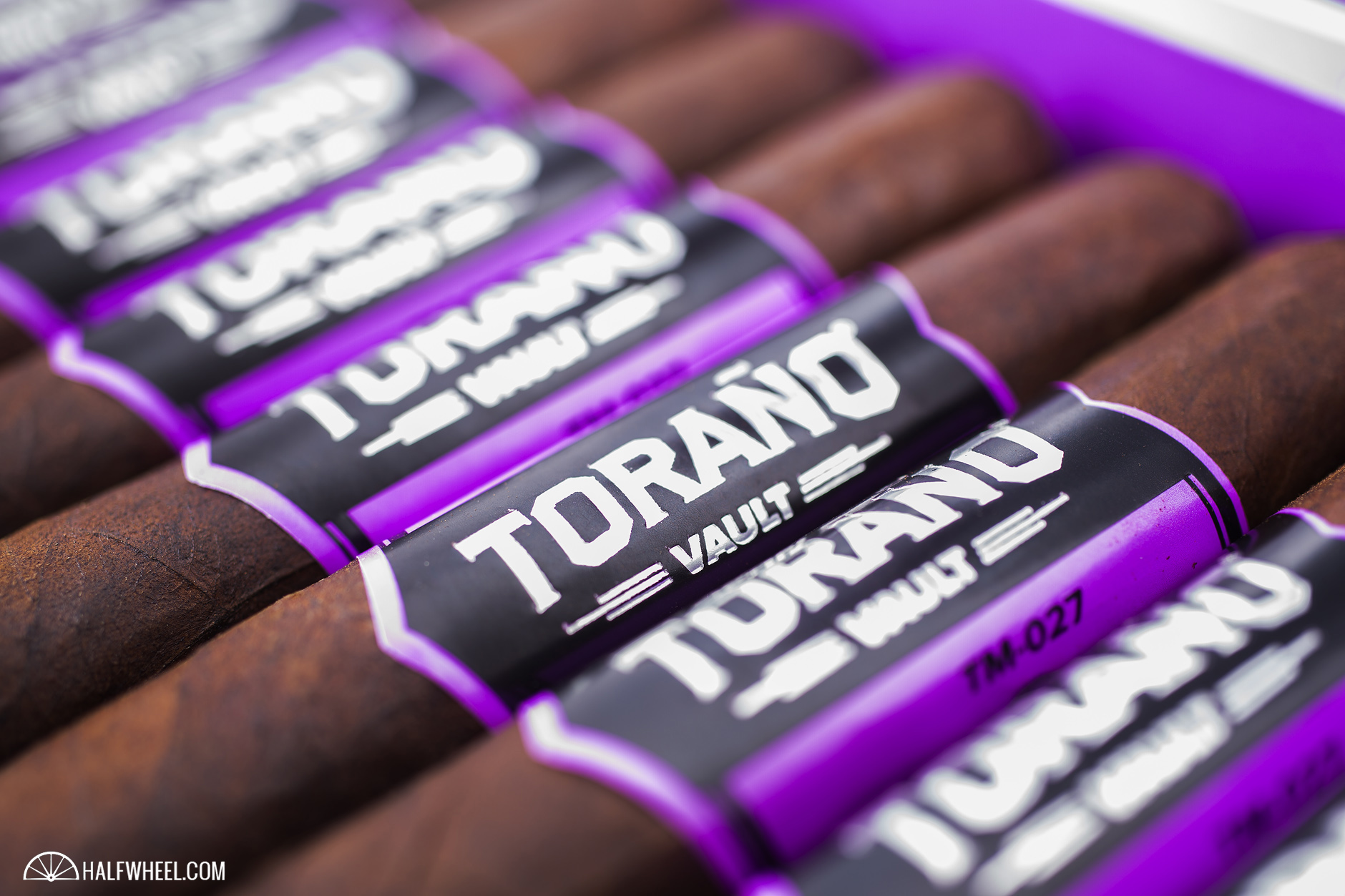 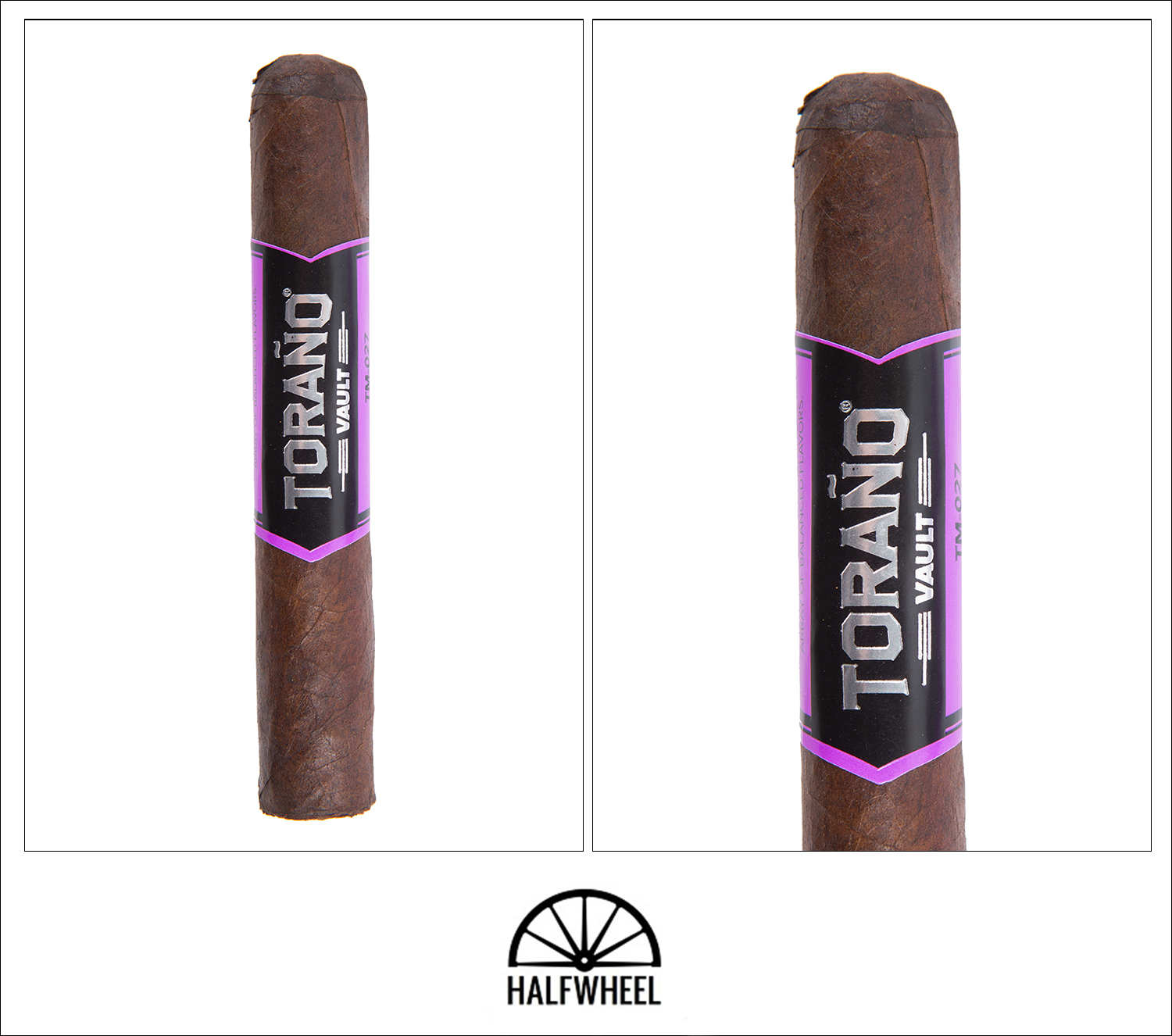 The Toraño Vault TM-027 is covered in a deep, dark brown wrapper that is exceedingly rough to the touch, and shows no hint of oil at all. There are quite a few overt veins running up and down the length of the cigar, and it is just short of rock hard when squeezed. Aroma from the wrapper is a combination of earth, roasted peanuts, leather, oak and Flintstones vitamin-like sweetness, while the cold draw brings flavors of vegetables, earth, wheat, creamy oak and slight black pepper.

Starting out, the TM-027 features a very dominant creamy leather and gritty earth combination, followed closely by notes of yeast, roasted peanuts, dark cocoa, bitter espresso beans and charred meat. There is a touch of dark fruit sweetness and black pepper on the retrohale that are just not strong enough to really impact the profile in any major way as of yet, as well as some slight spice on my tongue. The draw is excellent after a simple straight cut, and while the burn is a bit wavy from the start, it is far from bad enough to need correcting so far. Strength-wise, the cigar shows some early signs of taking off, but pulls back by the time the first third ends, hitting a point closer to medium than mild. 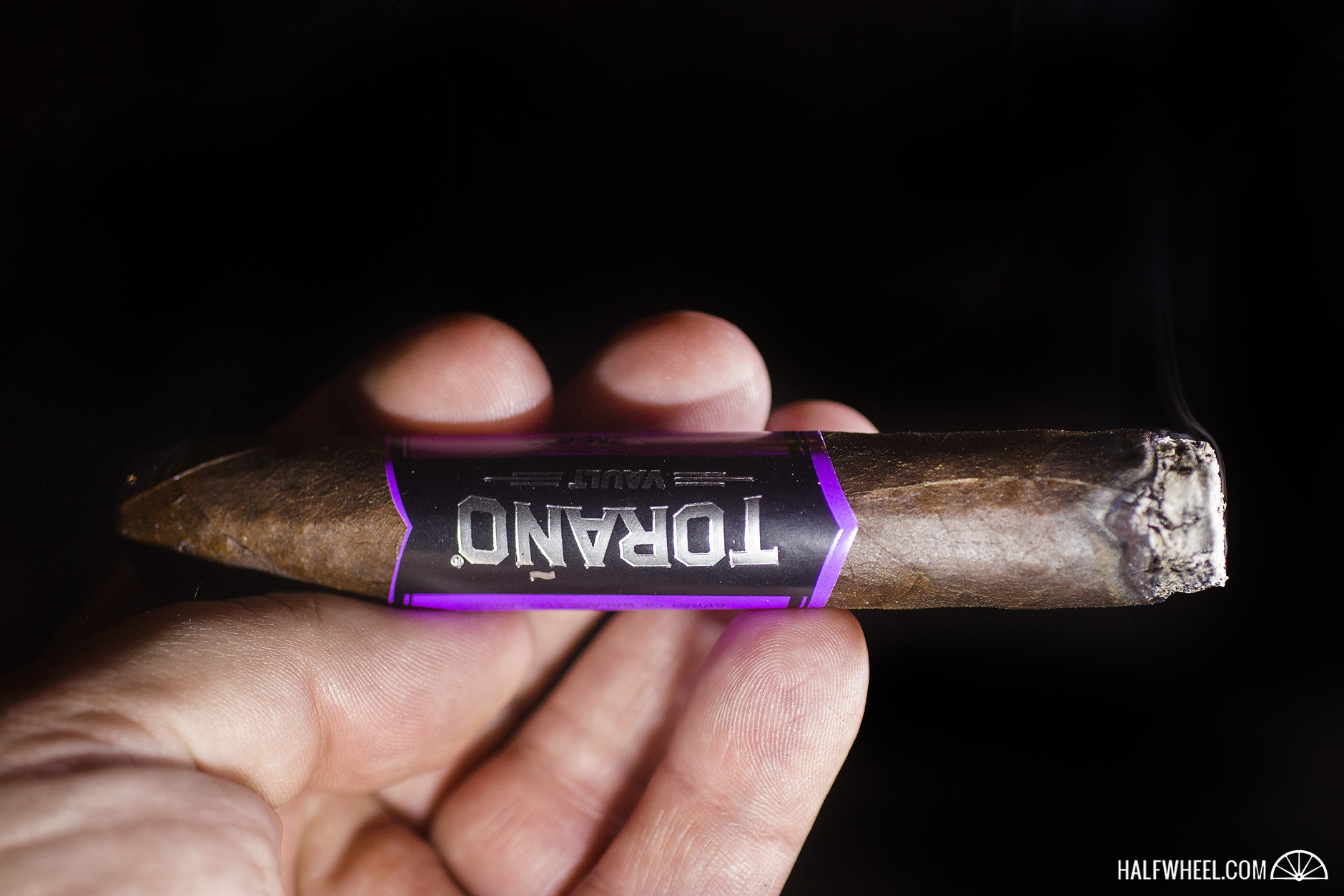 The dark fruit sweetness ramps up enough to remind me strongly of raspberries during the second third of the TM-027, while the dominant flavors shift a bit to more of a creamy mesquite and leather combination. Other notes of popcorn, charred meat, earth, dark chocolate, coffee and yeast flit in and out, and while the black pepper on the retrohale has increased a touch, the spice that was present in the first third is long gone. Construction-wise, the TM-027 still features a wonderful draw, but the burn wanders enough that I have to touch it up a couple of times to keep it from getting out of hand. The overall strength hits the medium mark by the time the second draws to a close, but does not not seem to be going anywhere further anytime soon. 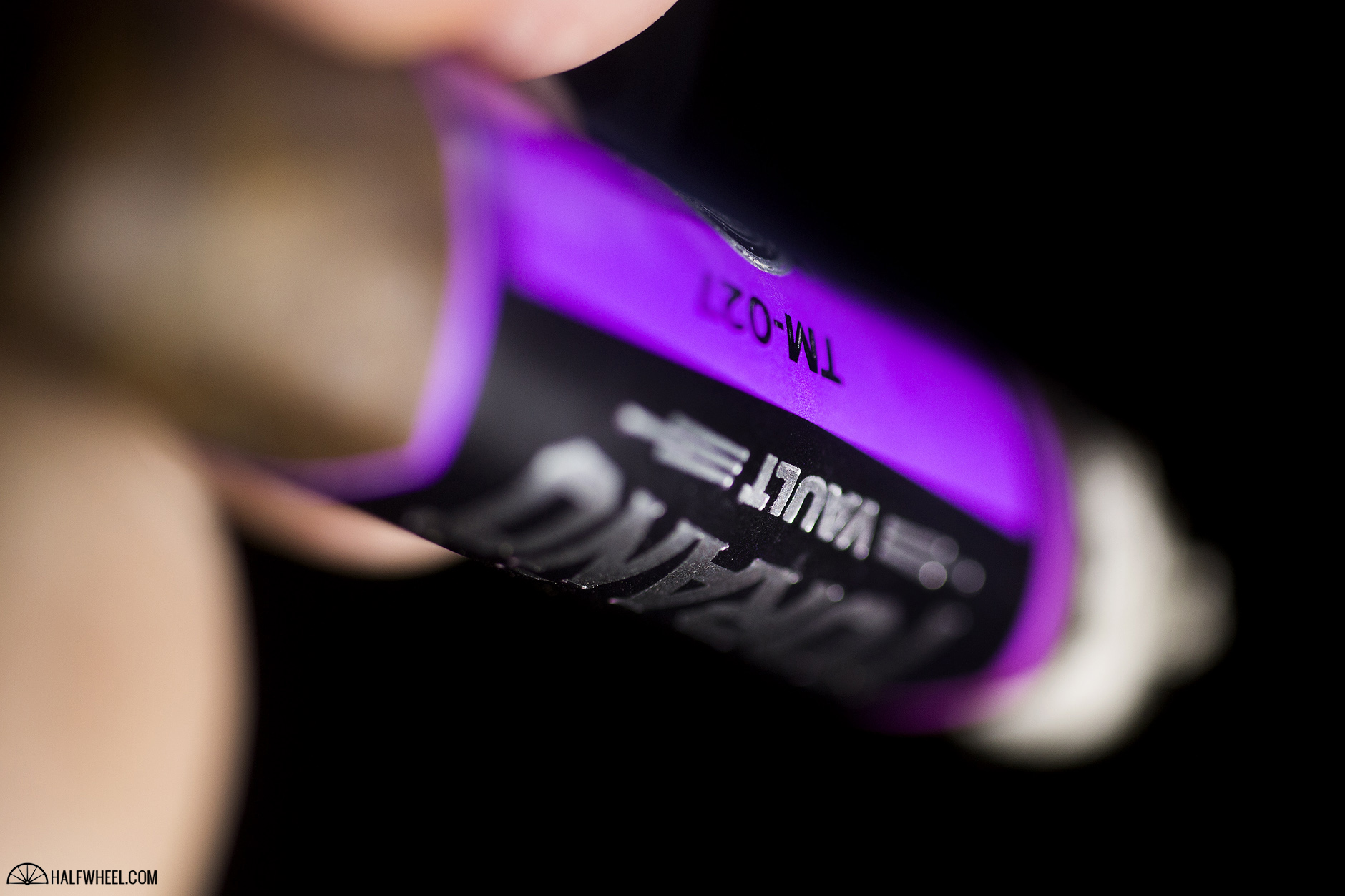 The final third of the Toraño Vault TM-027 is very close to a carbon copy to the second third, with the same creamy mesquite and leather combination dominant, and the same dark fruit sweetness on the finish. Secondary flavors of dark and bitter chocolate, espresso beans, gritty earth, popcorn and hay are present, as is a slightly reduced amount of black pepper on the retrohale. The burn continues to impress, while the draw has evened up nicely and the smoke production remains quite high. As expected, the Toraño Vault TM-027’s strength goes almost nowhere compared to the second third, and remains at a solid medium when I put the nub down with less than an inch to go. 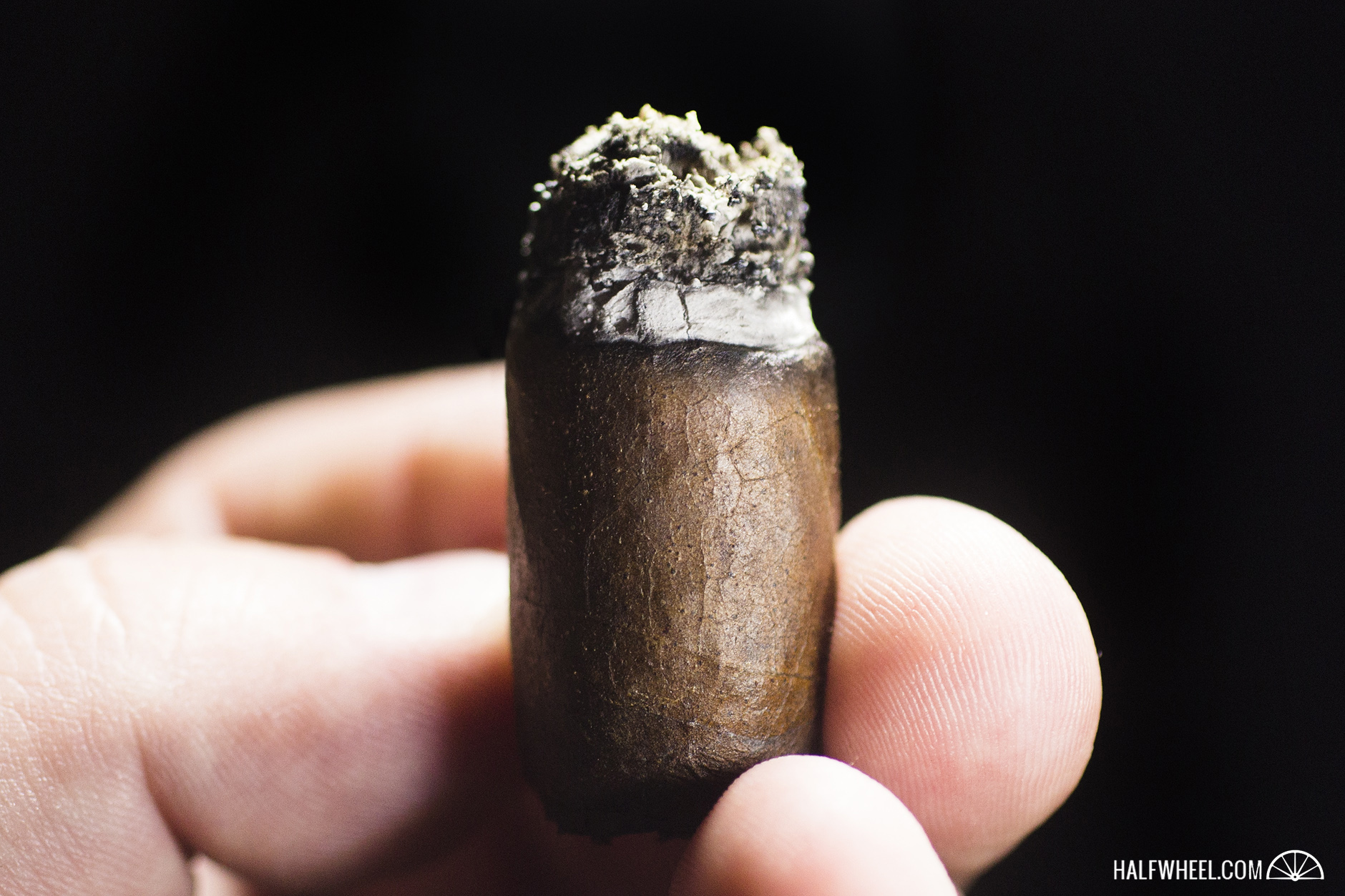 In a large number of my reviews, I lament either the lack of distinct flavors in a blend, the lack of complexity or a combination of both. Well, the problem with the Toraño Vault TM-027 is not with a lack of unique flavors—something the cigar has in spades—the problem is with the balance, which is all over the place. In fact, my palate was overwhelmed with flavors in each of the samples by the time the cigar came to an end, something that does not happen very often. If there was more balance to the blend, this cigar would have scored quite a bit higher, but in the end, it is not a release I will be seeking out.