It’s been just over two years since General Cigar Co. acquired the brands of the Toraño Family Cigar Co., and while the first 12 months or so were relatively quiet, the second twelve have been much more active in launching the brand’s refreshed look and cigars.

In May 2016, some 20 months after the acquisition, General Cigar Co. showed off Toraño’s new look with four new blends released under the brand’s Vault header, cigars that trace their roots into the family’s book of blends, in which was recorded every blend that was ever developed. Two of the lines, the Vault P-044 and Vault TM-027 were destined for brick and mortar stores, while the Vault C-033 and L-075 were released to catalog retailers.

The following month, Jack Toraño announced that he would be joining General Cigar Co. in a role that he called a mix of brand ambassador and sales support. Toraño had previously worked with his family’s company as the marketing and customer relations manager, and now gave the Toraño brand an actual Toraño family member to represent it in the market.

General Cigar Co. had acknowledged that it would be evaluating the entire Toraño brand lineup, which includes Exodus, Loyal, Master by Carlos Toraño, Salutem, Vault and others. With the Vault line refreshed, it quickly became time to announce that a second line was getting an update.

In mid-July, just days ahead of the 2016 IPCPR Convention & Trade Show, General Cigar Co. announced that the refreshed Toraño Exodus would be unveiled to the cigar industry at the annual event. The move is a streamlining of the Exodus line, which has had a number of iterations since its debut, including the Toraño Exodus Gold 20th Anniversary, Exodus 1959 50 Years, Exodus Silver, Exodus Finite and Exodus Gold 1959. The line, which Charlie Toraño once referred to as the flagship of the company’s portfolio, is a nod to the family’s departure from Cuba in 1959 during the early days of the Cuban Revolution and their journey to a new life in Miami, as well as the mass exodus of people from Cuba during that time as well and the journeys that all people make during their lives. The unique band of the Toraño Exodus gives the otherwise pedestrian robusto a distinct look; its black on silver and vertically oriented word mark is a standout, and that’s before mentioning it sits on a die-cut band that features an extension of Miami’s Wynwood District style of art that it shares with the boxes. The Exodus has a generally firm roll with a bit of give when squeezed, and the veins are average in terms of size and number. The roll and cap both look clean, though the head of one cigar could have been shown a touch more attention to iron out a seam. From the foot I get tree bark and a bit of mixed berry sweetness, with the brightness varying from sample to sample, with one taking on a potpourri brightness with some pine and cream and another being much more muted. The cold draw is almost spot-on in terms of air flow, while flavors of white toast and cereal grain are present in trace amounts. There’s also a bit of creaminess here with absolutely no pepper to be found.

The Toraño Exodus opens with a bit of berry jam on toast, with the latter more prevalent in the first sample. There’s a bit of pepper that quickly develops on the palate and in the nose, with my first retrohale coming in at a mild pepperiness. It’s apparent that this won’t be the quickest burning cigar I have ever smoked as the burn line has only moved about two-thirds of an inch in the first 20 minutes or so, but the flavor has picked up a pleasant campfire smokiness. The ash is incredibly fickle, breaking off well before the cigar burns through its first inch. The smokiness starts to tread into the realm of char at the end of the first third, but never really makes the full commitment. It doesn’t make a bold leap forward, but the pepper in the Toraño Exodus has been steadily building as the cigar gets into its second third, and by the midpoint it is quite present through the nose. By the midpoint, the cigar is much more robust and earthy, with plenty of texture in the smoke and a lingering, peppery finish on the tongue. A slightly tighter draw carries the Exodus into its final third, as the cigar continues to develop its robust flavors with touches of tree bark and soil now leading the way. While I haven’t thought of the Toraño Exodus as having any sweetness in some time, there is a bit of it coming through in the cigar’s resting aroma. It’s a bit floral at times, a bit more towards wet cedar at others. The Exodus holds steady in terms of strength and flavor heading into its final third, still hearty and robust led by earth and pepper, with a lingering finish on the tongue. Retrohales have filled out as well, though remain well in realm of manageability, even for those with slightly more sensitive nostrils. The final puffs of the Toraño Exodus impart quite a tingle on the lips as the draw remains a bit firm even with just about an inch left. 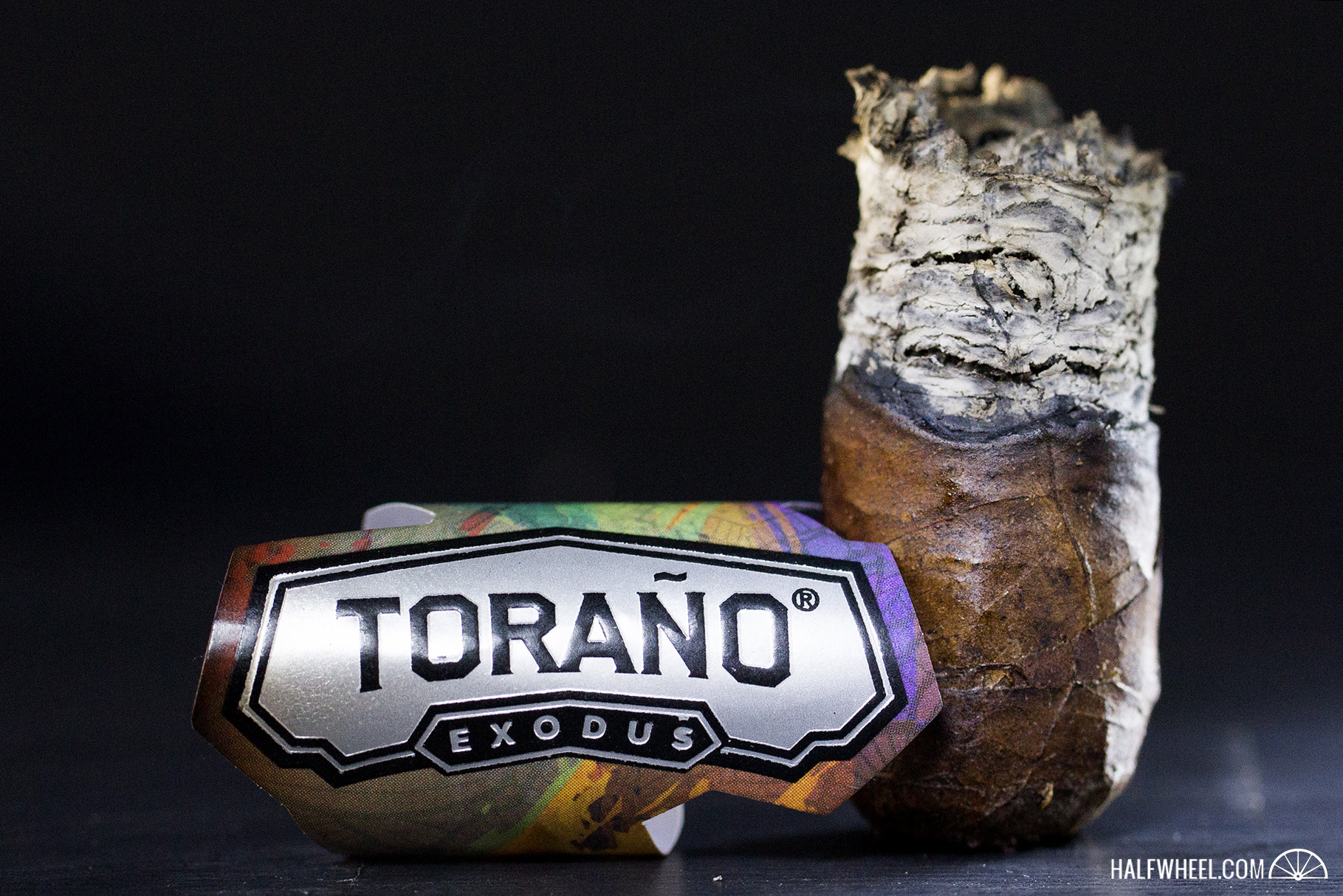 This refreshed Toraño Exodus Robusto generally had me between pleased and downright impressed thanks to some very well balanced and robust flavors that while not always incredibly vibrant, shined at more points than they didn't. The progression of flavors is also fairly impressive, with technical performance that ranks much bette than average. While not the cigars' fault, I wish I would have smoked them in a different sequence, as the final sample was the flattest of the bunch and the most recent memory I have of the blend, but knowing what this cigar is capable of makes it worth recommending for when you're looking for a hearty, robust flavor profile that isn't going to assault the palate with overt pepper and strength.