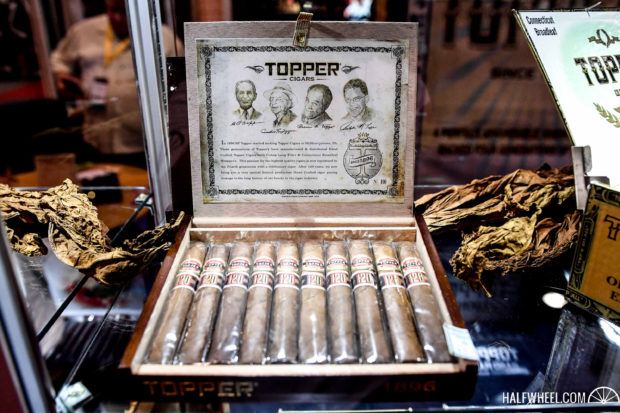 At next month’s IPCPR Convention & Trade Show, Topper will once again show off two new sizes of its 120th Anniversary line, the same as it did last year. However, this time the cigars will be shipping to retailers nationwide shortly after the trade show.

The two sizes are the same as last year, though one vitola’s name has changed from Bouqet to Bravo Especial.

Both sizes will be offered in each of the two wrapper options: Pennsylvania broadleaf and Nicaraguan habano. The filler blend is the same: a Dominican binder and Nicaragua fillers.

While the two vitolas did ship to a handful of stores, they will see a widespread release in September.