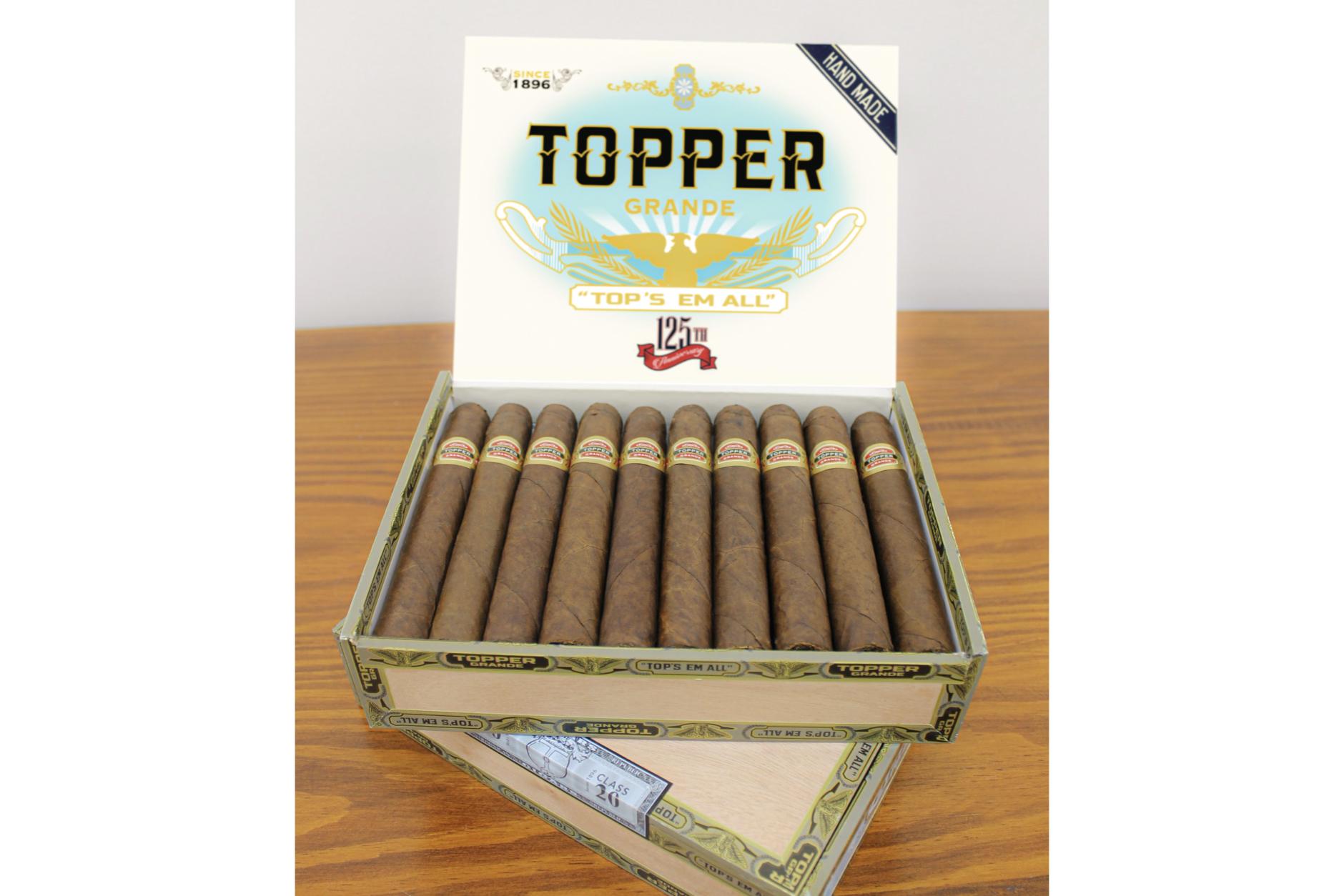 After a year-long delay, the Topper 125th Anniversary Grande will ship to stores next month. Those boxes are based on one of the oldest boxes in Chris Topper’s collection, which he believes are from 1933-1935 given the NRA logo that is on the inside of the lid. It is being first offered first to the 40-some-odd stores that sold the Topper 120.