There is Lamborghini and Torino Lamborghini. More specifically there is Automobili Lamborghini S.p.A., a Volkswagen subsidiary that makes the famous Italian sports cars, and there is Tonino Lamborghini, a licensing company run by Tonino, son of the company founder’s Ferruccio Lamborghini.

Tonino Lamborghini’s name has appeared on a wide range of products: cellphones, jewelry, hotels, liquor, gardening equipment and everything in between, including cigar accessories.

For a long time, the brand was associated with Colibri, but more recently it appears Visol Products has taken over production of the products. A couple of months ago Cigars International was clearing out some of the old Colibri-made stock and it seemed like a good time to pick up some accessories with a pretty hefty discount.

The Tonino Lamborghini Le Mans Cigar Cutter is a dual-guillotine cutter with dual blades that, as the name suggests, features the Tonino Lamborghini logo in various finishes. It’s name is somewhat confusing, it’s either Le Mans, named after the French city where the 24 Hour of Le Mans takes place, an endurance race where cars drive around an 8.5 mile track for 24 hours. Or its Les Mans, a play on Le Mans and Les Mann, the evp of Colibri. It’s offered in a variety of finishes with pricing range from $80-125 depending on the design. Confusingly, Visol is still selling the cutter, or at least a version of it,.

We paid $50 for the Red Carbon Fiber finish, which has a two-toned exterior with the black and red carbon fiber detail wrapping around the top right and left sides down to the bottom and a shiny stainless steel finish covering the top blade that moves up and down. There is a small Tonino Lamborghini logo in the middle of the cutter with Tonino Lamborghini written in script underneath. In addition, there are four large stainless steel screws on each of the end points: two on the top and two on the bottom. Finally, the cutter features a small stainless steel shield-shaped knob that no ornamentation at all and is used to release the blade.

In terms of operation, the Tonino Lamborghini Le Mans Cigar Cutter – Red Carbon Fiber features two stainless steel blades: the bottom blade remains stationary while the top blade is spring loaded and moves up and down on a track. The main blade is activated by pushing down on a small unordained nub on the bottom section of the cutter, which releases the spring loaded section upwards. You then put the cap of the cigar into the resulting opening and push down on the top section, which pushes the cap against the stationary blade, resulting in straight cut through the cigar. As the top blade cuts through the cap and comes to the end of its journey, it locks in place with an audible click and stays that way until you push down on the trigger again. 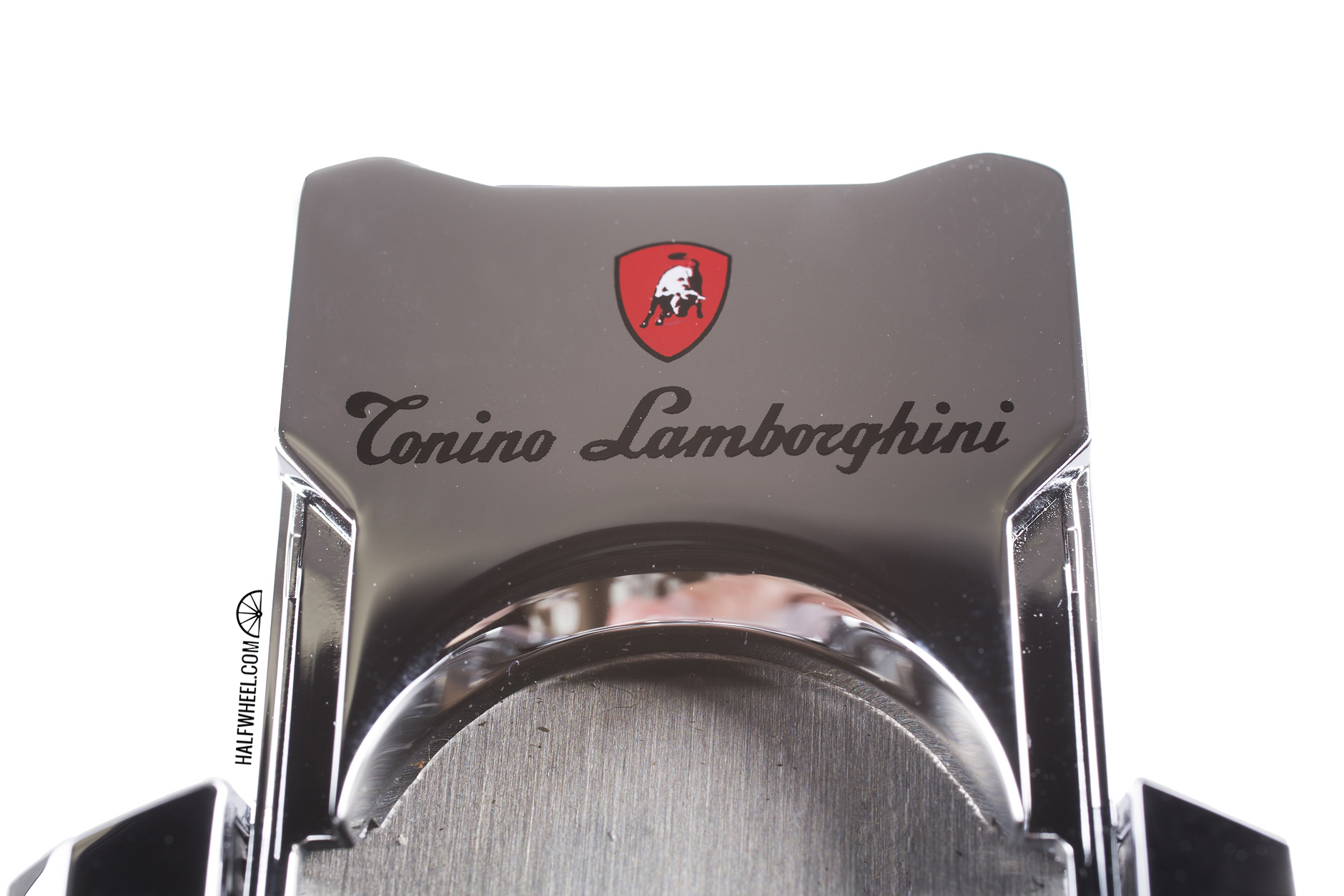 After using the Tonino Lamborghini Le Mans Cigar Cutter almost exclusively for more than two months, a few things became obvious. First, the cutter is just damn sexy looking, with the red and black carbon fiber really stands out in a pack, if that is important to you. Secondly, the heavy weight of the cutter does make it easier to obtain a cleaner cut, as you have more balance overall when pushing the blades through the cap of the cigar. Next, the blades on this particular cutter are quite sharp, leading to very clean cuts with very few instances of loose bits of tobacco in my mouth. Finally, although I was concerned about the top blade becoming loose after extended use, my fears turned out to be groundless, and the blade continued to work flawlessly in that regard the entire time I was testing it. Of course, as always, there were some issues with cutter as well, starting with the fact that that the knob that triggers the opening of the cutter blade on the bottom of the cutter sticks out noticeably compared to the rest of the cutter, and did manage to snag on my clothes or bag a few times when I was putting it out to use it, although it was never more than a minor annoyance.

In addition, while I don’t smoke large cigars all that often when I am not reviewing, the fact that the cutter is limited to cutting nothing larger than a 54 ring gauge did cause issues every once in a while, and led to me not being able to use it as my exclusive cutter for the time I was reviewing it. Finally, while the glossy carbon fiber finish is visually striking, it is also quite easy to get it mucked up with any number of things, including fingerprints, ash and dust, something that happened just about every time I used it, although in fairness, the cutter is also quite easy to clean off. As with most of the cutters I review, I thought the Tonino Lamborghini Le Mans Cigar Cutter was up to the task of cutting the vast majority of cigars I threw at it with nary an issue. The cutter is not only extremely visually attractive and easy to use, it also actually cuts cigars quite well, and gave me a clean cut in the vast majority of cases. Of course, the fact that you can’t fully cut any cigar bigger than a 54 ring gauge is annoying at times, although you can always just cut off less of the cap in those instances. In the end, I do think the cutter is a bit overpriced for what you get, but it does have a carbon fiber finish and that Lamborghini logo does not come cheap, except on closeout.