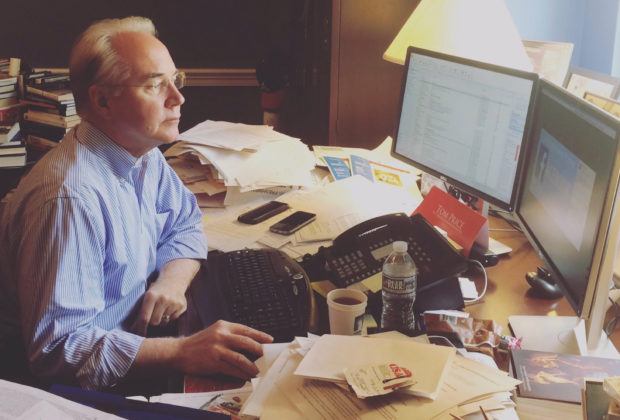 Early Friday morning Rep. Tom Price was confirmed as secretary of Health and Human Services by a vote of 52 to 47.

Price, an orthopedic surgeon turned Republican congressman from Georgia, is largely expected to oversee President Donald Trump’s attempt to reverse, repeal and/or modify the Affordable Care Act, better known as Obamacare. For cigar smokers, he is now the head of the department to which the U.S. Food & Drug Administration (FDA) reports to.

Many in the cigar industry hope that he reverses recently-enacted FDA regulations. Price is seen as cigar friendly by both pro- and anti-tobacco groups. While in Congress he co-sponsored two bills that would have exempted premium cigars from FDA’s control, though he was not a co-sponsor of a similar bill proposed during the most recent session.

“Chairman Price recognizes the regulatory burdens that have been threatening the future of small businesses in Georgia and across the country,” said Matt Dogali, the senior director of state legislative affairs for the International Premium Cigar & Pipe Retailers Association (IPCPR), in a statement to halfwheel on Nov. 29, 2016. “That understanding is tremendously important within the Department of Health and Human Services. We look forward to working with him and President-elect Trump to ensure small business retailers on Main Streets across America are able to continue running their businesses, serving their customers and creating jobs for their employees.”

While Price has supported cigars in the past, he did indicate that he supported extending the Children’s Health Care Insurance Program (SCHIP), a healthcare program that is funded in party by a 52.4 percent federal tax on cigars, with a maximum cap of 40.26 cents per cigar.

In 2009, Price voted against the Family Smoking Prevention and Tobacco Control Act, the bill that gave FDA authority to regulate premium cigars and other tobacco products.