In July, just before the 2017 IPCPR Convention and Trade Show, Dunbarton Tobacco & Trust announced a new line that was being released called Todos Las Dias.

The Nicaraguan puro debuted at the show, and was one of the instances of new show releases that actually shipped the following month. If you plug the name into Google translate, it comes out as All Days, however brand owner Steve Saka had this to say about the cigar:

Todos Las Dias is my personal Spanglish translation meaning ‘All the Days,’” said Steve Saka, Dunbarton’s owner, in a press release. “The workers at Joya de Nicaraguan often cringe at my casual butchering of their mother tongue, but in my opinion cigars are far more than a grammar lesson to abide, they are the physical manifestation of a feeling and of an experience. It is a supple, sungrown Cuban Seed capa which encapsulates its intricate tripa recipe of rich Jalapa and Esteliano tobaccos. From the first puff, there is no doubt of the origin of this cigar or that it is intended solely for the seasoned cigar smoker. 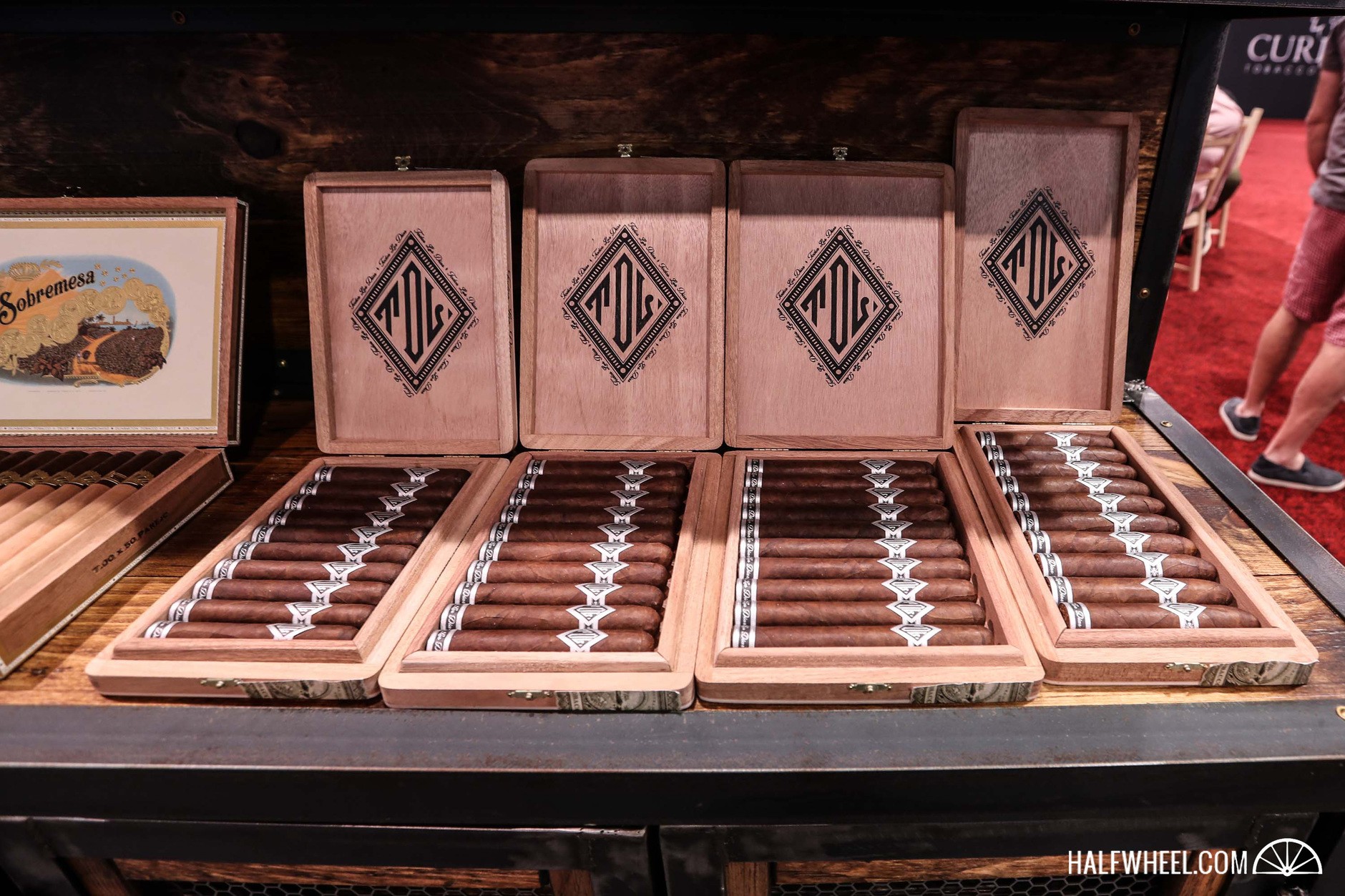 The cigar comes in four sizes. 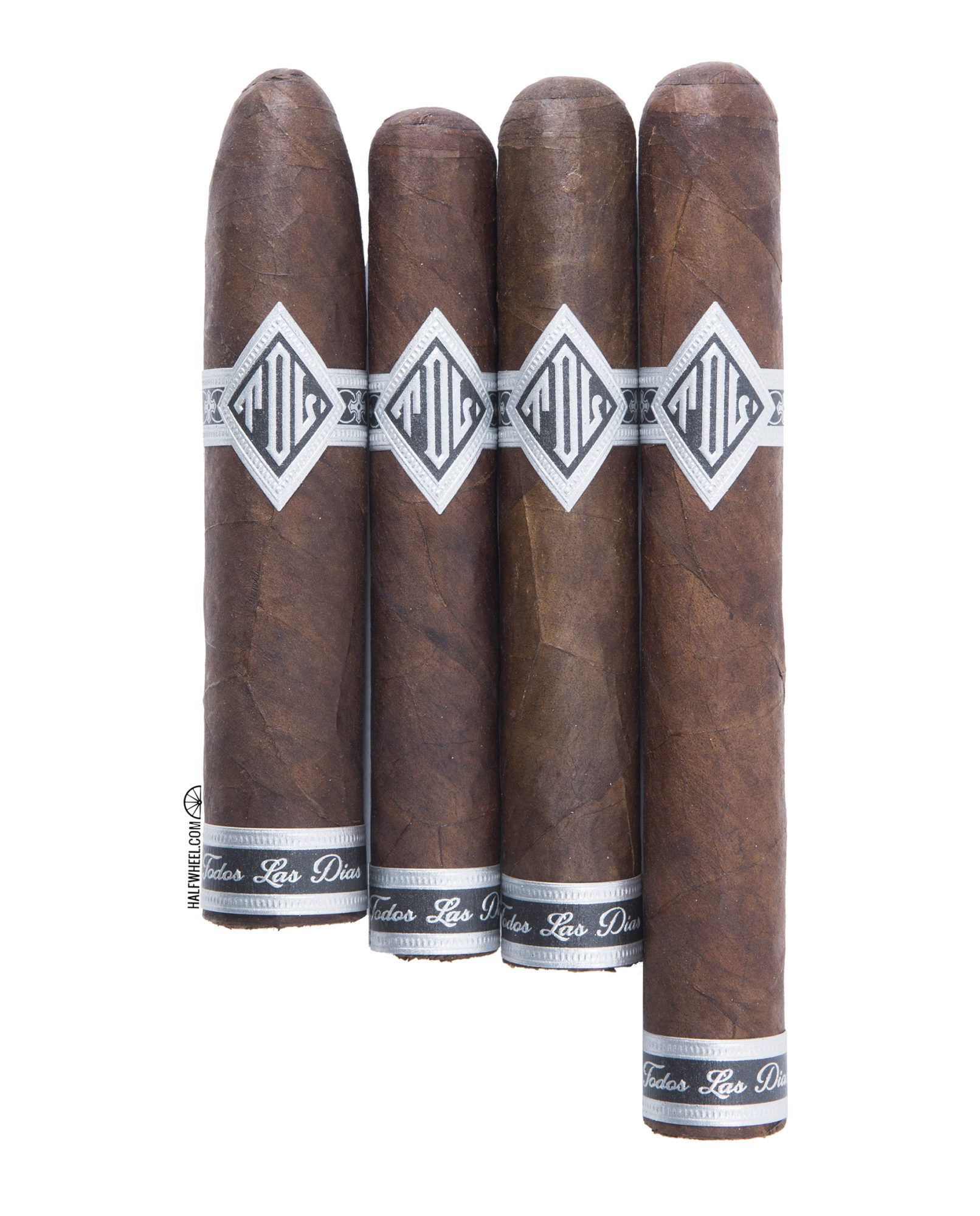 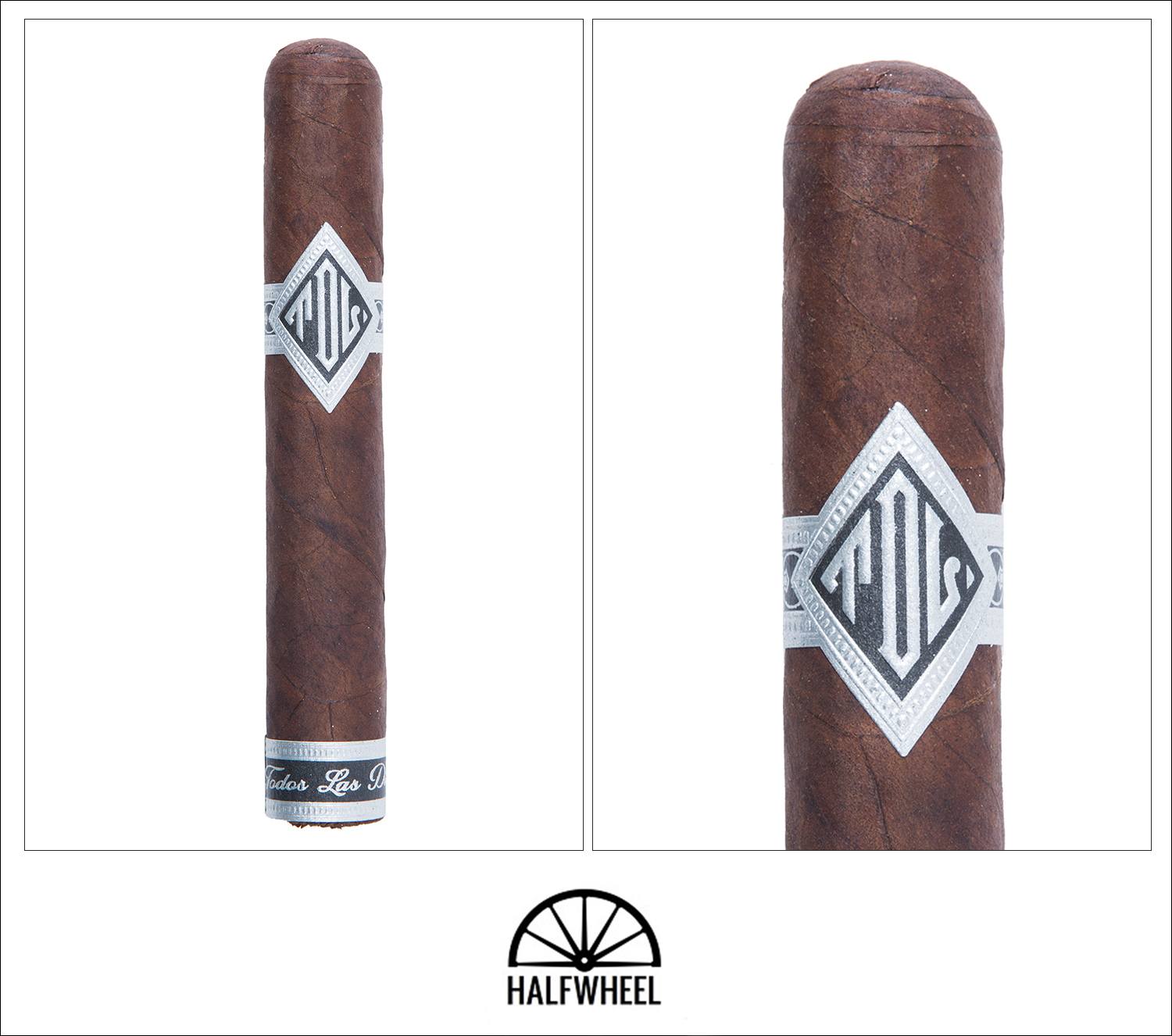 The Todos Las Dias looks very appealing with a nice black and silver band over a soft, dark wrapper. There is some noticeable give towards the foot, but probably not enough to cause any problems. A rich, nutty and earthy aroma greets me as I bring the cigar to my nose, with more subtle hints of cocoa, leather and a touch of fig. The cold draw brings a more generic dark, rich fruit note to the front, followed by a burst of spicy pepper on my tongue. In there is also some brownie sweetness and a little spice to round things out.

Starting into the first third the bite of the black pepper definitely leads out, followed by a sweet spice, some earth, only hints of the previous fruit notes. Instead of dying down after a few puffs, the spiciness has grown, turning more into a hot pepper note. There is a jagged peak along the burn line that doesn’t seem to want to cooperate, however it fixes itself before I intervene with my lighter. Though the ash doesn’t appear very dense, it holds on strongly enough to just under an inch before I roll it off in the ashtray. The spicy onslaught has finally calmed down a bit, allowing chocolate, spice, earth and perhaps the lightest hint of some dried fruits. 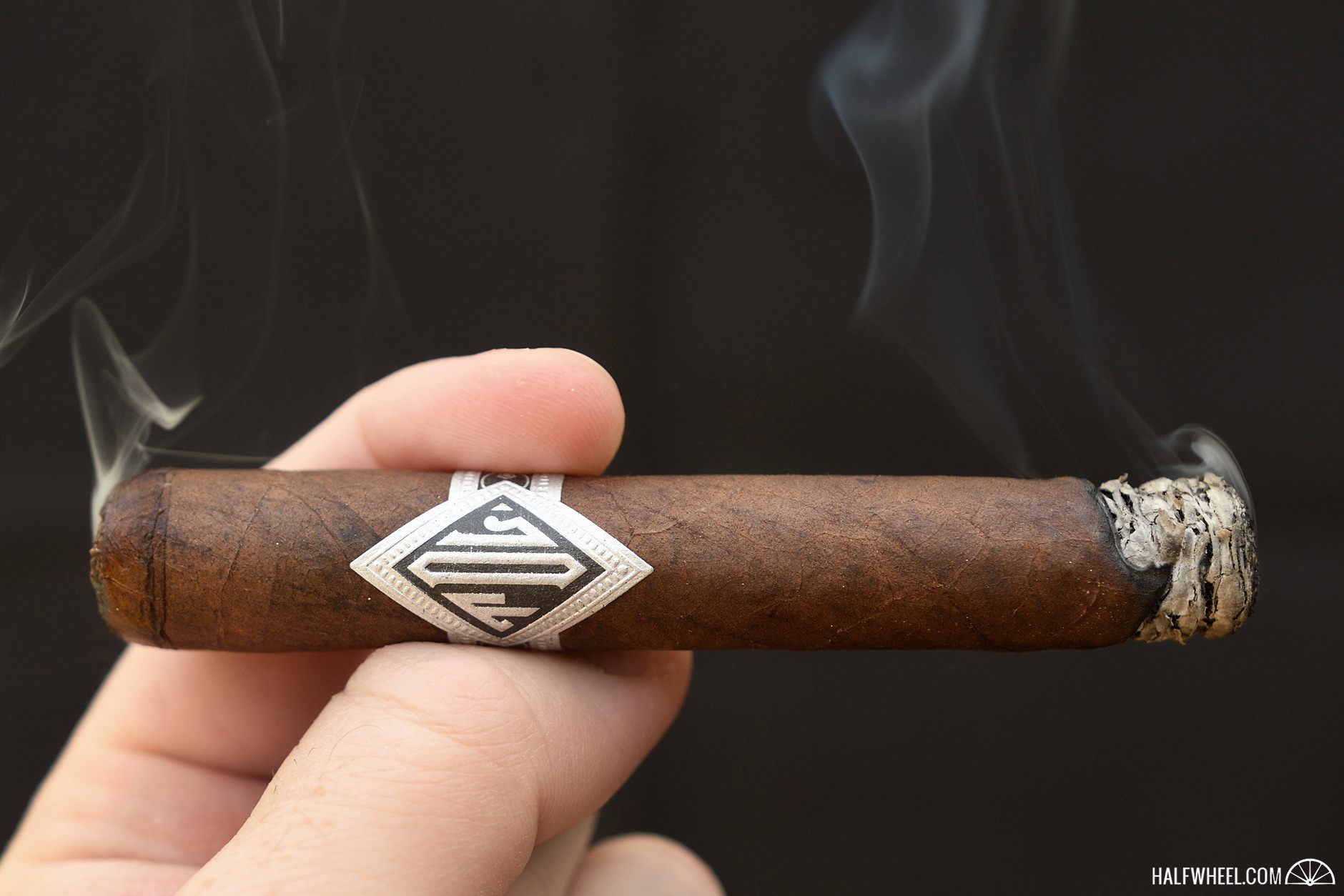 As if the cigar was lulling me into a false sense of security, the second third sees the black pepper return quickly and with a surprising strength. While it doesn’t drown out the remaining spice, earth, fruit and chocolate, it certainly takes an edge off the sweetness. The burn continues to be fairly jagged, with one section needing a little help to keep up. Though the ash has visually firmed up, it doesn’t seem to hold on any longer than it did before. Thankfully the onslaught of pepper has seemed to plateau, which is to say it’s still quite at the forefront, but doesn’t appear to be growing any stronger. 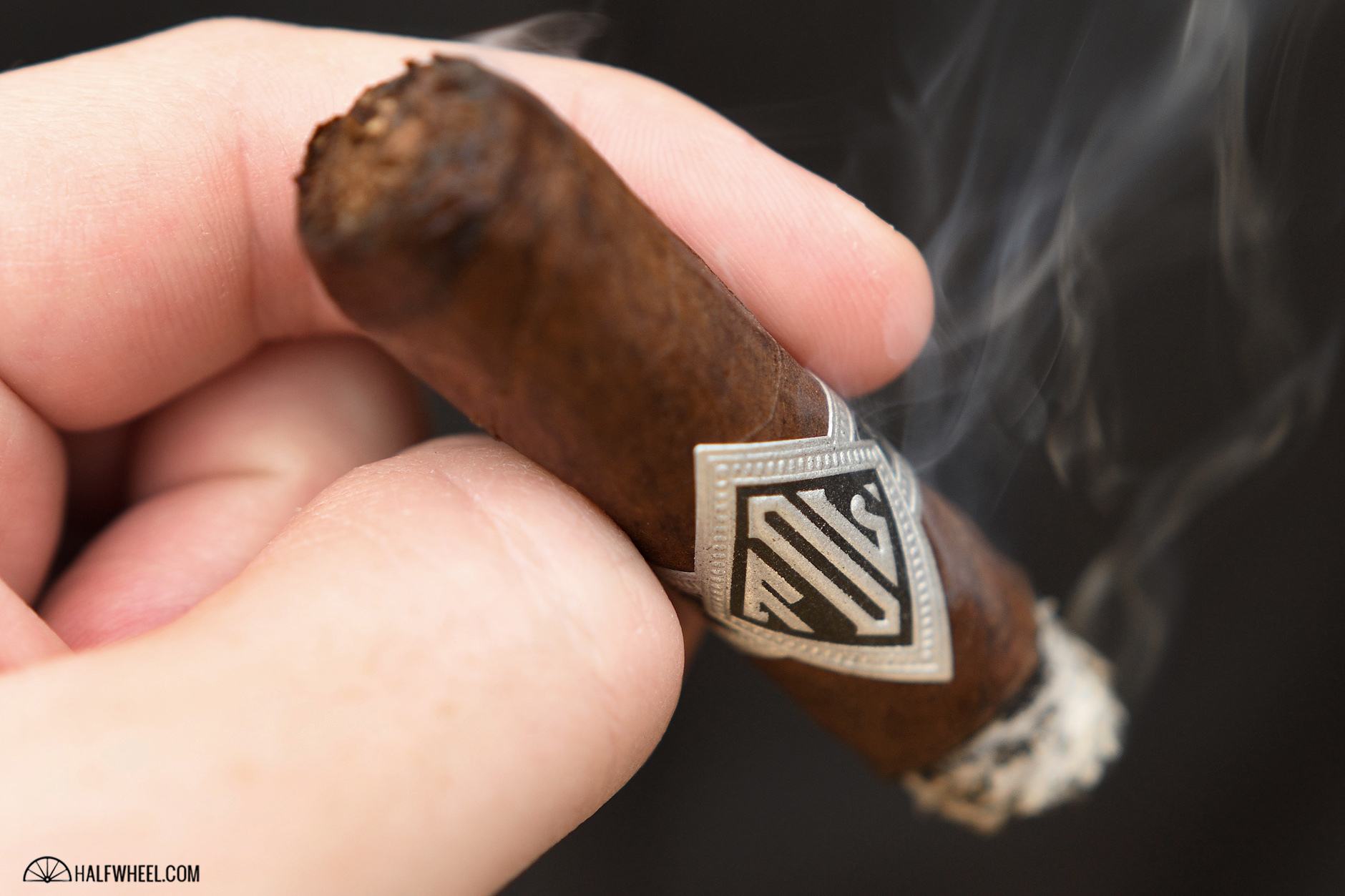 Despite the pepper, I notice the final third has a nice solid note of brownies, though the sweetness you’d expect to accompany the brownie has not gained any traction. The spice and earth are still solid notes in the mix, with the fruit almost faded completely out in the background. The burn line continues mostly even, but definitely not what I would call sharp. As I reach the final inch, the cigar continues to produce strong pepper notes, but never gets harsh or bitter, allowing it to finish out well. 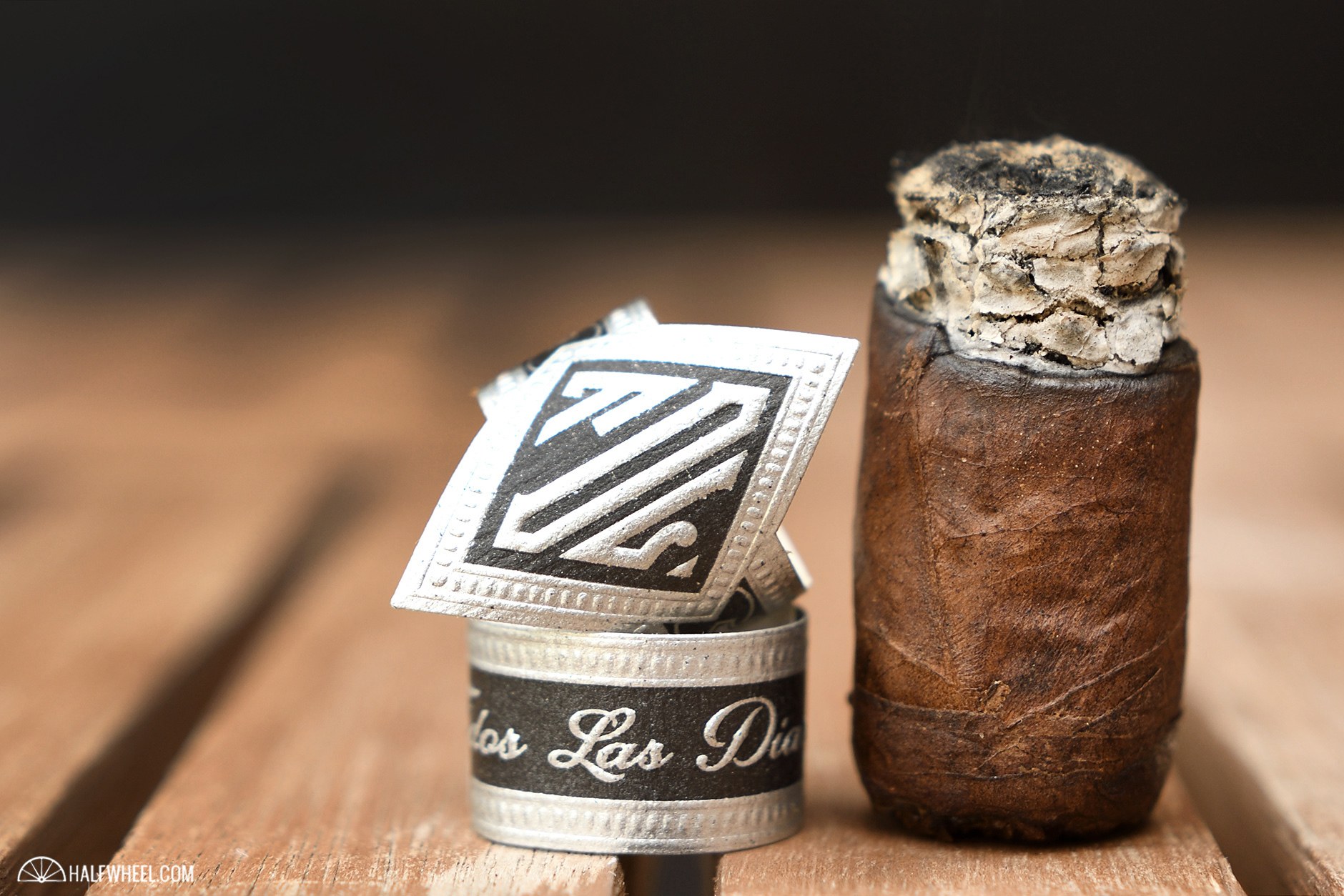 As I do with many of my reviews, I don’t read about the release or familiarize myself with it any more than I already know off hand. This allows me to go into the review with as few preconceived notions as possible, and this was the case with the Todos Las Dias. I was taken aback by the strength and the bold pepper notes of the lit profile considering the mostly sweet and chocolatey cold draw. The good news however is, that despite the strength of the pepper and spicy notes throughout, there was always a solid profile of other flavors that weren’t drowned out supporting it in the background. While this is certainly what some would call a “pepper bomb”, it was still balanced and enjoyable. A few burn issues here and there will affect the construction score a little, but it’s nothing that would deter me from smoking it again or suggesting it. Speaking of which, if you like strong cigars and you’re a fan of Saka’s cigars, I can easily suggest looking for these at your local shop and trying them out for yourself.