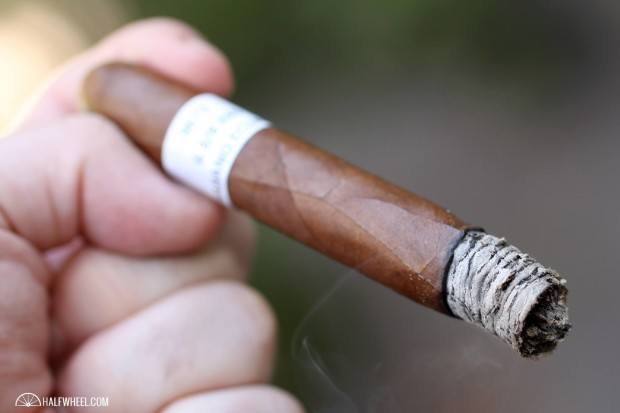 Almost a year ago, halfwheel was covering the 2014 IPCPR Convention & Trade Show, and Brooks Whittington and I were assigned to cover the Drew Estate booth. We got to spend a few moments with Willy Herrera, who just months prior was named the company’s master blender following the departure of Nicholas Melillo. Herrera told us that in addition to his recently announced Norteño project, he would be growing the Herrera Esteli line to include a number of new projects, which he described as store exclusives, unique projects and unique blends.

Just a few weeks after the trade show turned off the lights and packed the booths up, Drew Estate announced the first of a new project from Herrera, a line of store exclusives called Tienda Exclusiva, Spanish for store exclusive. The project would be limited to just a few releases per year, made in extremely small batches and limited to one retailer per release.

The first release went to Barrister Cigars in Union, N.J. in September 2014, and the second one will debut later this week at Riverside Cigar Shop & Lounge in Jeffersonville, Ind. As expected, this blend is completely different from the first, which used a Mexican San Andrés wrapper over undisclosed binder and filler. This release is built on a Nicaraguan binder and filler with an Ecuadorian habano wrapper. Like the previous release, it uses a band similar to the Herrera Esteli line but in inverted colors, with a red band and white lettering.

“I’m very excited about the second ‘Tienda Exclusiva’ release,” Herrera said via a press release, adding that he spoke with Jeff Mouttet, the owner of Riverside, to get a feel for his customer’s smoking profiles. Both Herrera and Mouttet said they were pleased by the outcome of the cigar, with it described as a medium-bodied, full-flavored spicy stick.

This second Tienda Exclusiva line is slated for a July 11 release at the store with Herrera in attendance. While I hesitate to call any vitola my favorite, the corona larga would certainly be in the running and the Tienda Exclusiva shows why. It’s long but not too long, slender but not skinny and certainly nowhere near too big; it’s almost a perfectly in shape cigar. The Ecuadorian habano wrapper has a subtle sheen that catches my eye when whatever light source I’m around catches it just right; it’s certainly not a rough wrapper but has a fine texture that you can easily feel on the fingertips. Veins are small and the seam lines are clean with a firm, well-filled texture when gently squeezed. The cap on this cigar is of particular note, as on the samples I smoked it’s a somewhat awkward fantail, gathered up and pressed thin but without any real design behind it. It also breaks off fairly easily, as we found out in the photographing, shipping and unpacking of these cigars. The foot offers a bright and complex first impression with notes of cereal, dry wood, light pepper, dough and a subtle dried floral bouquet bringing it all together. The cold draw is surprisingly open, not loose to the point of concern but looser than I was expecting, while also much mellower than the pre-light aroma, with a slightly sweet and dry flavor of wood and tobacco with hardly any pepper.

The first thing that strikes me about this Tienda Exclusiva is the slightly open draw and air moving through the cigar with less resistance than I like; it was something I had hoped wouldn’t be the case but turns out to be so. It’s a dry but not drying smoke in the early going, with a bit of rich firewood, baking spices and a subtle, creamy doughiness that seems to bring everything together without necessarily standing out in the flavor. By the time the Tienda Exclusiva has burned about three-quarters of an inch in, the pepper starts to materialize and develop and it too is complex, with a white pepper start, black pepper on the palate and nose and a red chili pepper flake finish that lingers on the back of the tongue. The first clump of ash falls at just over an inch long, and once it does the cigar makes it clear that the next few puffs will be all about the pepper as it pushes that component front and center for both the tongue and nose, with the woodiness and other spices moving into a supporting role. 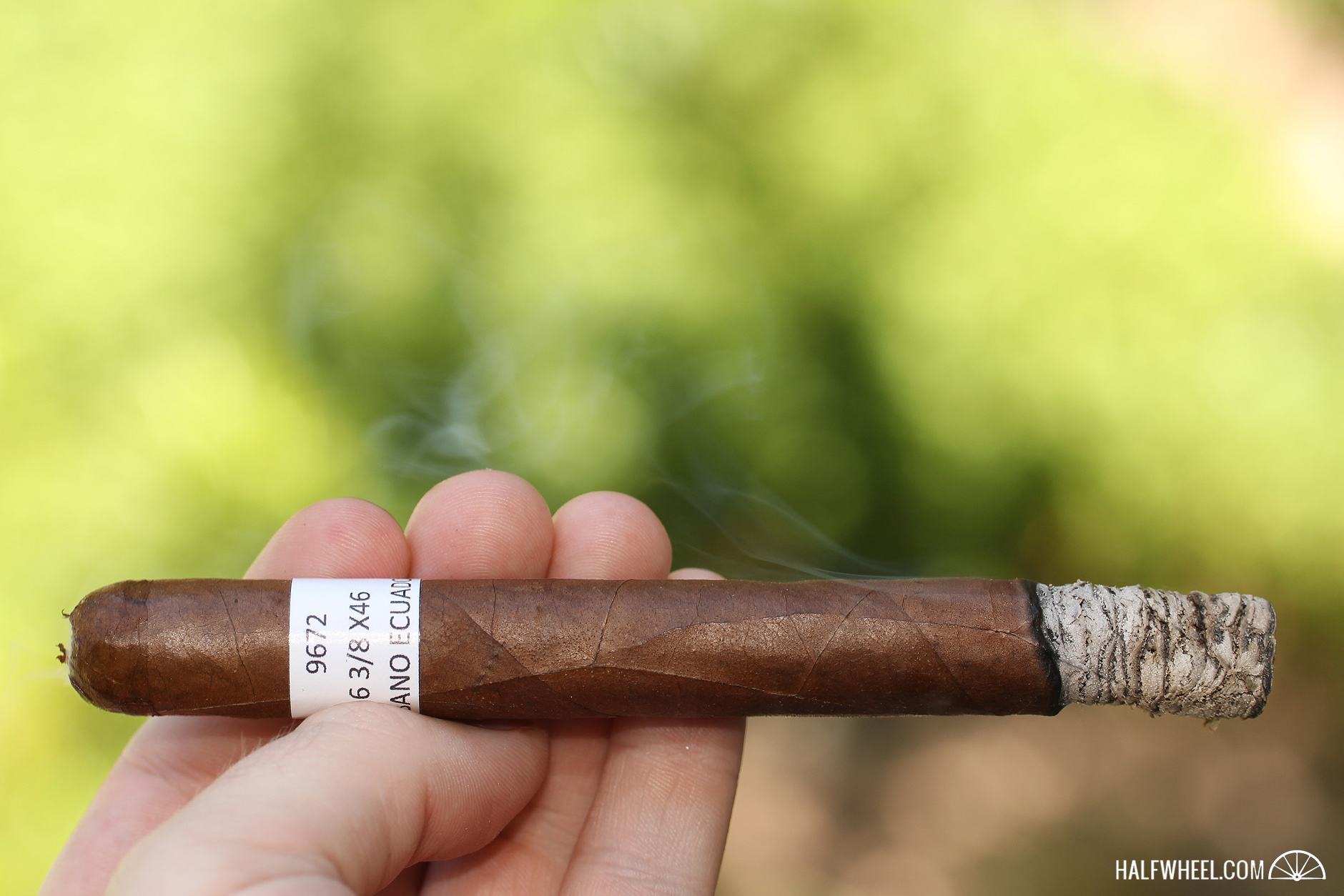 The second third continues with the upfront pepper flavor and aroma, though while at rest it’s nowhere near as strong as what a retrohale delivers. This front and center pepper lasts until about the midpoint of the Tienda Exclusiva, when it begins to slowly fade back but reaches a new level of strength as other flavors begin to emerge. With the pepper solo seemingly completed, the blend draws the wood back in as well as some newfound earth and a bit darker pepper in as it queues up its final third. 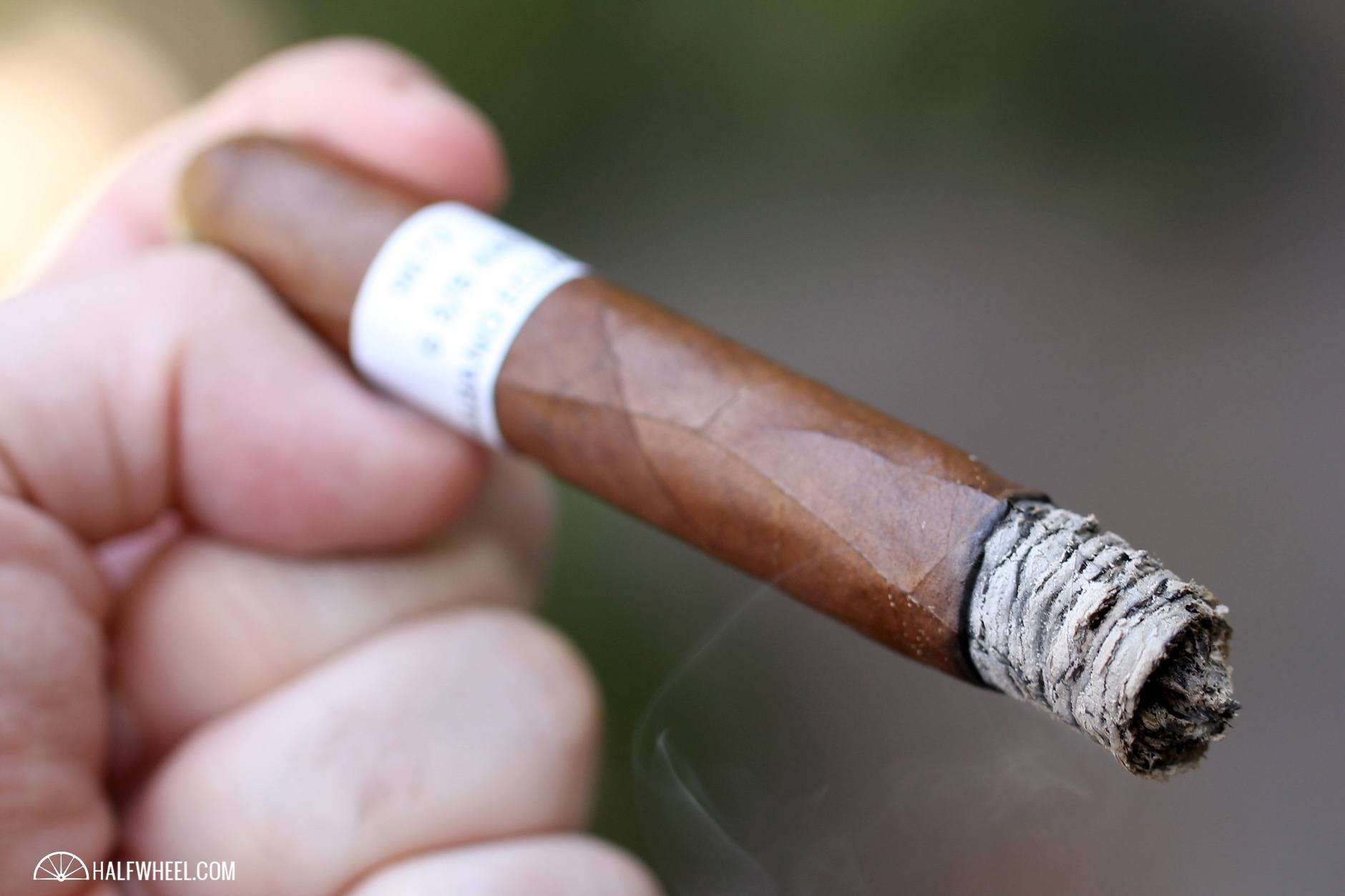 A fairly sudden shift to complexity kicks off the final third of this Tienda Exclusiva, as the blend dives deeper into a more robust offering that is very much in line for the tobacco being used. The pepper is almost exclusively black pepper now, heavy and earthy with tons of mouthfeel but not outright strength, and the nicotine level seems to be fairly restrained as well, though I am getting a good bit of kick from the final two inches. The cigar gets down to its nub fairy quickly thanks to the draw that is still a bit loose, but heat never enters the equation and it quickly turns into a finger-burning finish. 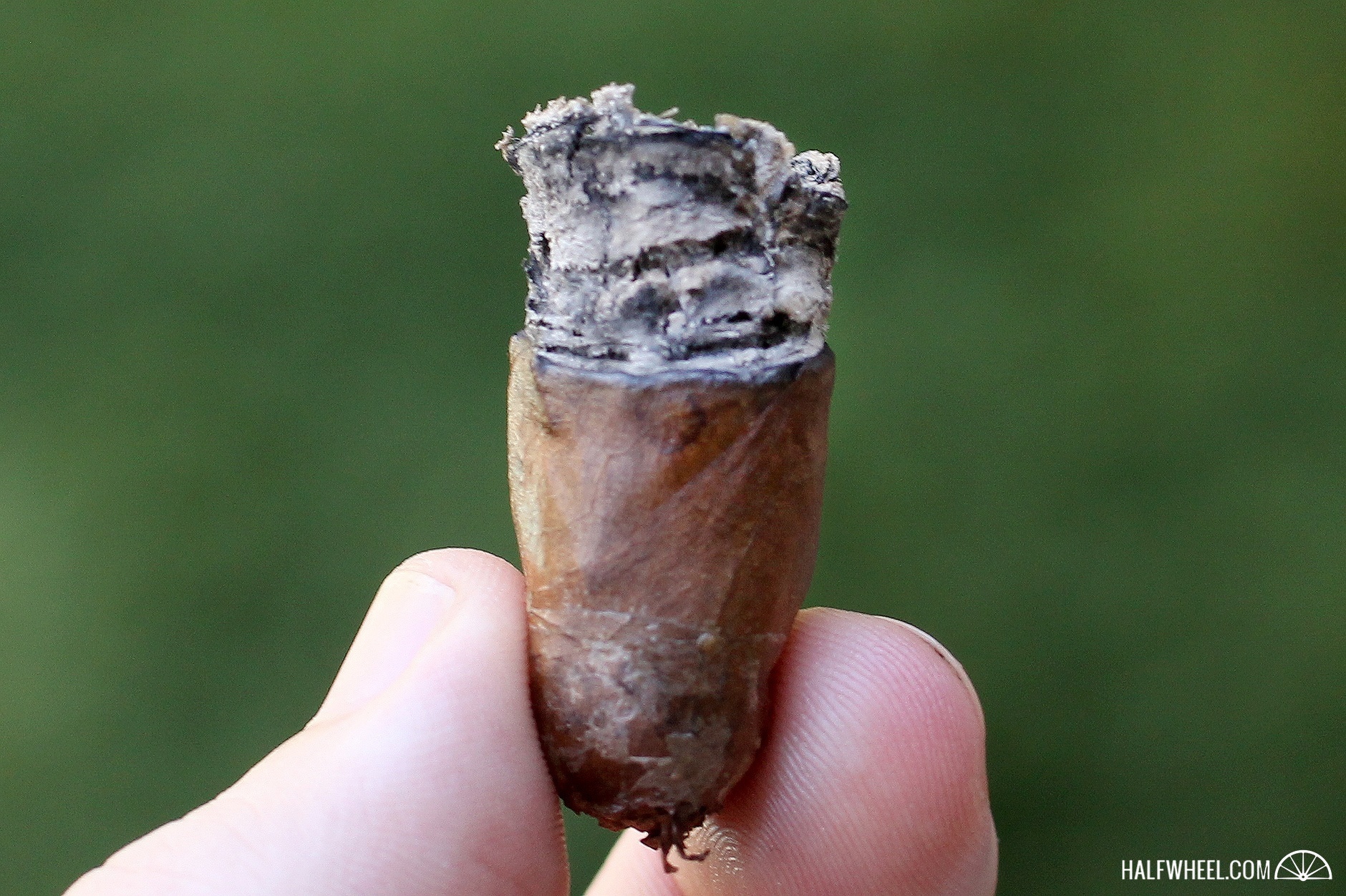 You're going to look at the score to the left and then consider what you've read in my notes and wonder why the two don't seem more in line. The draw issues, while not necessarily problematic, were a bit of a detractor, and while the cigar showed a good deal of progression, it just didn't wow me with the nuance I seek in truly great cigars. In some ways, this tastes like a number of other sticks on the market, particularly having smoked several cigars with an Ecuadorian habano wrapper and Nicaraguan insides. That said, I enjoyed both of the cigars I smoked and wouldn't necessarily be opposed to smoking several more or even picking up a box, I doubt I'll be motivated enough to pick up the phone and order one when release time comes,