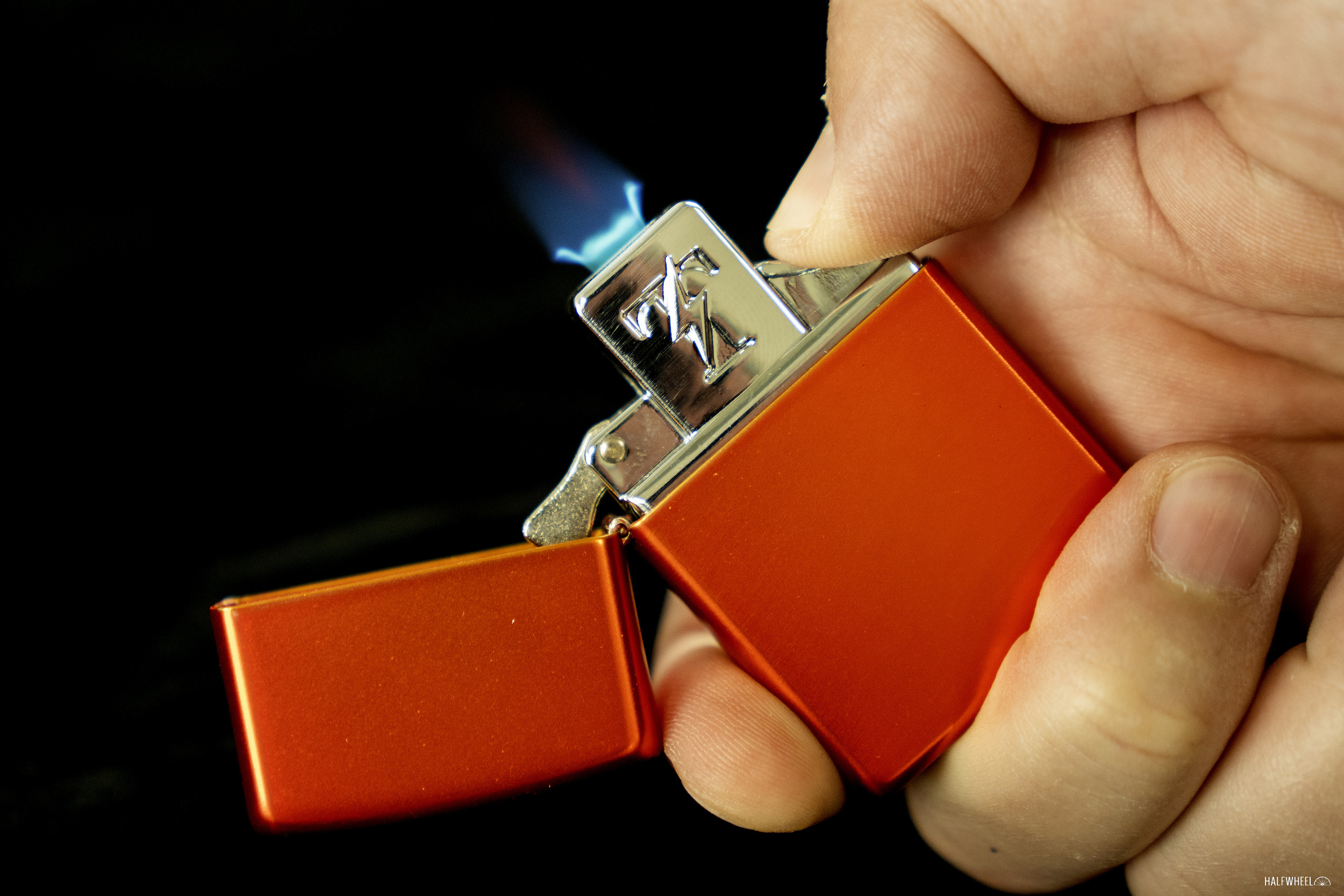 When it comes to a new cigar smoker learning the lessons of the pastime, one of the first ones is how to properly light a cigar. And one of the first directives is not to use a standard Zippo lighter because it uses a petroleum-based distillate for its fuel, which can have an adverse affect on the flavor of the cigar being lit.

But Zippos are one of the most iconic lighters out there and one that presumably many people have either lying around or in some form of regular use. Not to mention that they are offered in a seemingly endless number of designs, further deepening the connection a person might have to their Zippo. So if you love your Zippo but know you’re not supposed to light a cigar with it, what is a person to do?

Simple: swap out the petroleum-burning module for a butane-burning insert.

These options have existed on the market for years, if not decades, and while they might often be overlooked as they sit in their plastic clamshell packaging behind the counter of a cigar or tobacco store, they do offer a very simple and straightforward solution. More impressively, not only does Zippo make these inserts, but a number of companies making lighters geared towards cigar smokers offer them as well, including Vector-KGM, which offers a line of several inserts under the Thunderbird brand.

In March 2021, the company released its newest offering, the Thunderbird FT Flat Flame Insert, which brings the growing trend of flat flame lighters to the Zippo insert segment of the market. 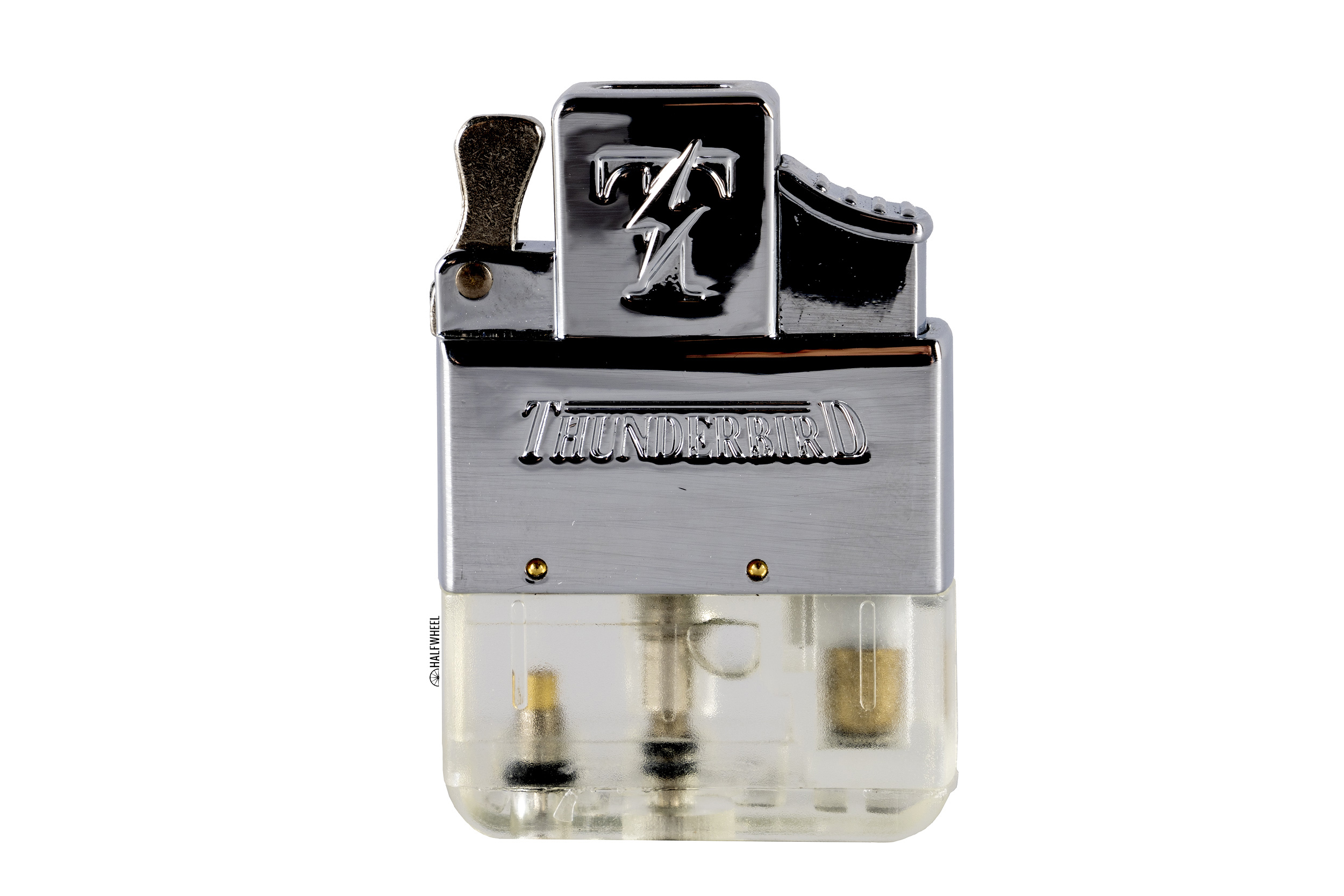 It is the latest addition to Thunderbird’s collection of user-replaceable inserts for Zippo lighters, which can also be used for the brand’s own lighters. It’s the first flat flame to be offered, and much like other flat flames on the market, it offers a single flame that is spread out thin and wide to create a paint brush-like effect with which to light your cigar.

It becomes the eighth insert that Vector makes for its Thunderbird brand: 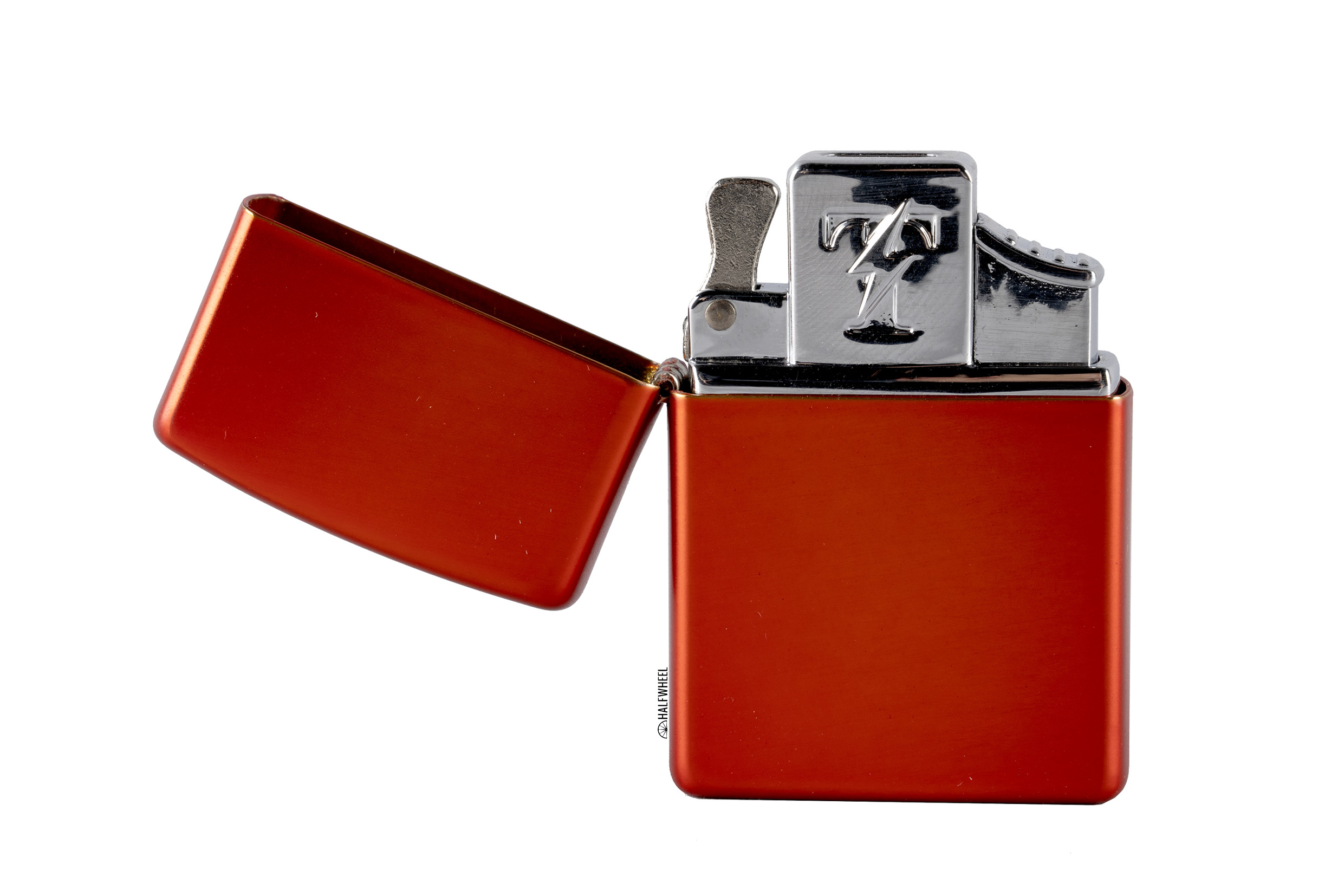 The first step is to remove the existing insert from your Zippo lighter, then simply replace it with the Thunderbird FT, making sure that the lid spring lever is pressed down. You can customize how firmly the lid opens and closes by bending the little piece of metal inside the lid, should you wish. The Thunderbird FT Flat Flame Insert gives you the option to bring a flat flame lighter to your Zippo lighter, the latest in a long line of inserts that can repurpose your petroleum-burning stock Zippo into a butane-burning cigar lighter. It’s a fairly affordable mod for a brand that already has a number of them, including a near countless number of case designs. To the best of my knowledge, there is no other flat flame inserts for Zippo lighters on the market, which means that you’ll be looking at a different flame style. That opens up the rest of the Thunderbird portfolio noted above, as well as some options from other manufacturers, all of which I tried during the review process.

IF YOU SHOULD PURCHASE THIS

The packaging for this showed it as a single torch flame, though the SKU sticker indicated it as the FT model, which is the flat flame version. I’m hoping this will be resolved, but if you purchase this in person, I’d confirm you’re getting the model you want. Yes, assuming you have a Zippo lighter body that you really like and want to keep using. The flat flame does a great job lighting cigars of all sizes quickly, while rarely if ever scorching the sides of a cigar. It might not have the precision of a single flame torch, but as a versatile option, it’s one that I’ve become a fan of over the years.

That said, if you don’t have a Zippo lighter that you love and use, it’s hard to recommend getting one and then getting this insert. Zippo lighters start around $20 and only go up from there, meaning you’re then at $40 for a body and insert, at least. And for that, you can get some pretty solid lighters from any of a number of companies. With the small tank of the Thunderbird insert, that alone makes it hard to recommend when compared to other options on the market.