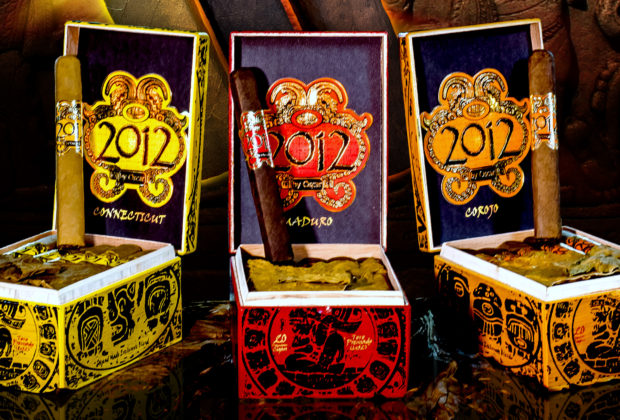 While Oscar Valladares is best known for the tobacco leaf-wrapped lines that bear his name, they weren’t his first cigars. Rather, it was a line called 2012 by Oscar that was a nod to the Mayan calendar and the accompanying thought that it foretold the end of the world on Dec. 21.

Earlier this year, Valladares brought back that line with the help of master blender Bayron Duarte, calling it the 2012 by Oscar.

While that re-release came in a box-pressed 6 x 52 toro vitola, there was promise that three new sizes were on the way, and at the upcoming IPCPR Convention & Trade Show, Valladares will finally unveil them.

Each of the three 2012 by Oscar blends will be getting a 4 x 54 short robusto, a 6 1/2 x 52 torpedo, and the aptly named Sixty, measuring 6 x 60. All of the sizes are box pressed are produced at Valladares’ factory in Danlí, Honduras.

The line is being distributed by Oscar Valladres & Co. Pricing has not yet been announced.