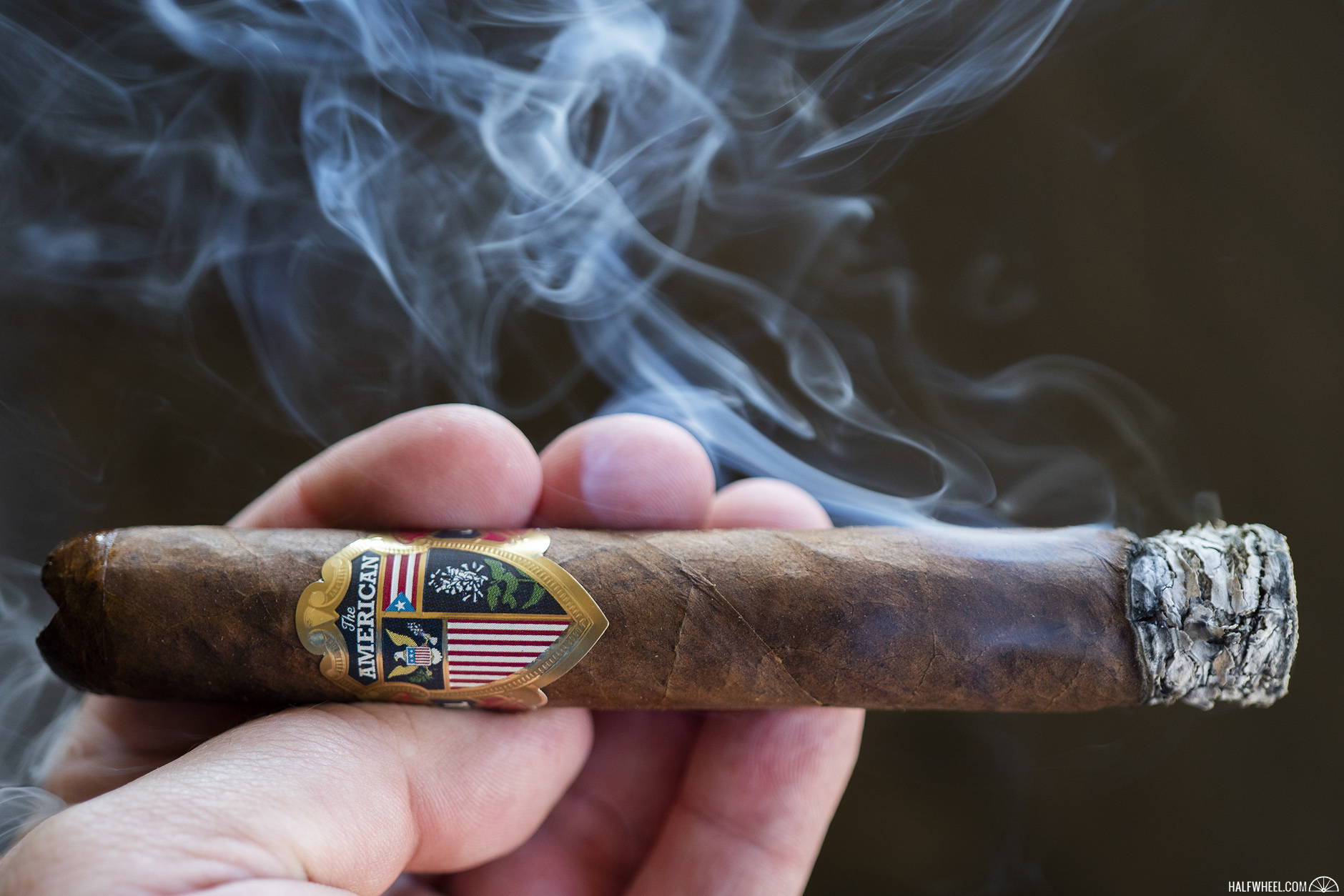 There are very few cigars made in America these days relative to the total number produced around the world every year, and for very good reasons: the labor is too expensive, the materials are too expensive and the margins are too thin, especially when compared to counties like Cuba, the Dominican Republic, Honduras and Nicaragua.

This was not always the case; in fact, from around 1885 through the 1920s, there were an estimated 150 cigar factories operating in and around the city of Tampa rolling almost 500,000 cigars every year. However, that golden age came to a crashing halt with the start of the Great Depression and considering the cost differences these days, there are very few cigar companies that would even think to attempt to produce a cigar with the tobacco, labor and packaging all hailing from America.

Enter The American, a creation from Drew Newman, general counsel of J.C. Newman and great-grandson of the company’s founder.

As the name implies in a somewhat blunt fashion, the new release from J.C. Newman Cigar Co. is made in America, though also made of America. Every component from the tobacco to the packaging is from the U.S. This includes not only the tobacco, but also the wood for the boxes, the bands, the molds the cigars rest in after being rolled and even the cello the cigars are wrapped in. It also includes the labor, as every one of the new cigars are rolled by a single pair of rollers at J.C. Newman’s El Reloj cigar factory located in Tampa’s Ybor City National Historic Landmark District.

“The American speaks to the heart of who we are: a four-generation, 124-year-old, American family business,” said Drew Newman, in a post on Corona’s website. “Our country’s rich premium cigar tradition dates to the Colonial Era. As an American, I wanted to prove that we could hand roll a world-class cigar in the United States using American tobaccos. I am thrilled that we have created an outstanding all-American cigar.” 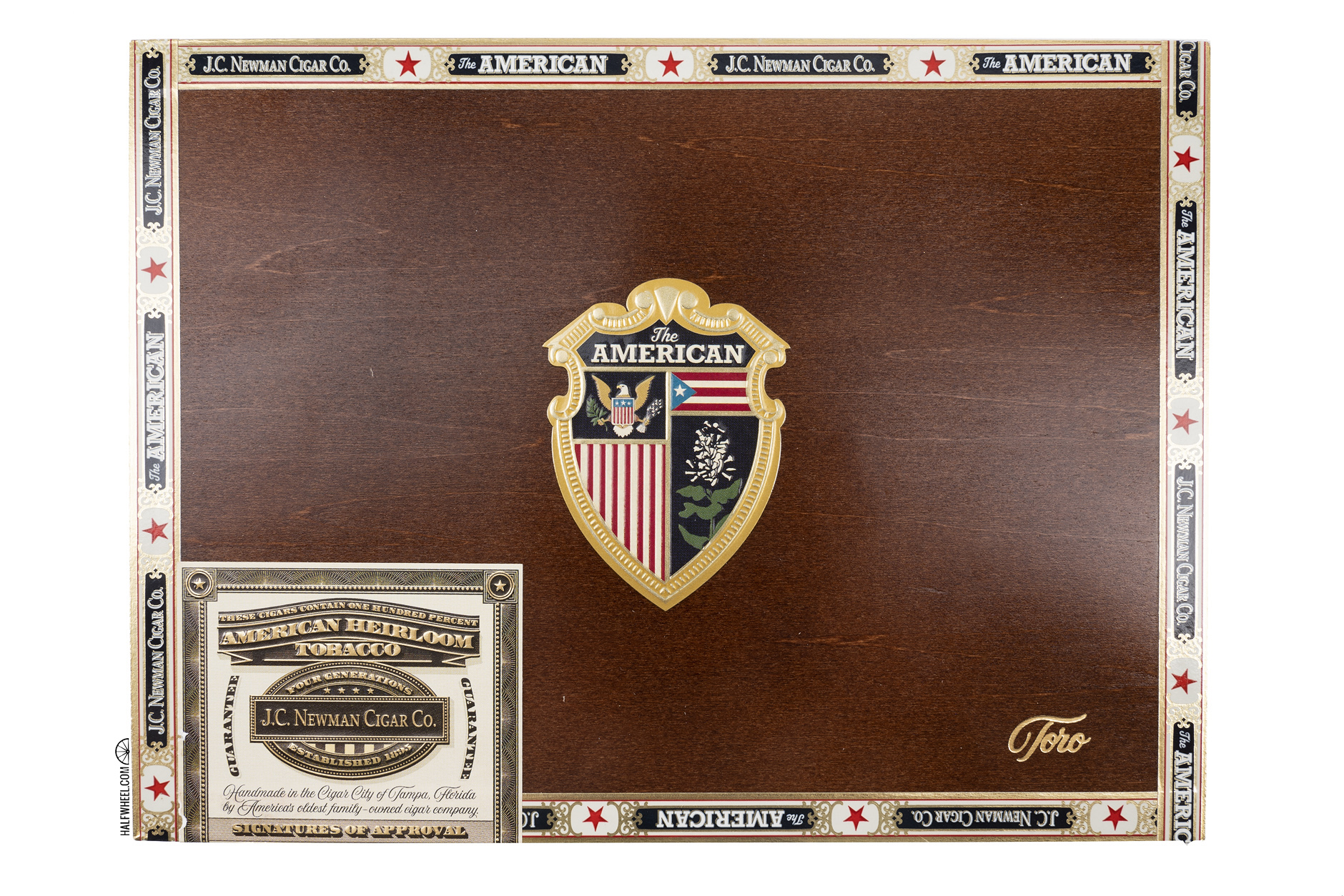 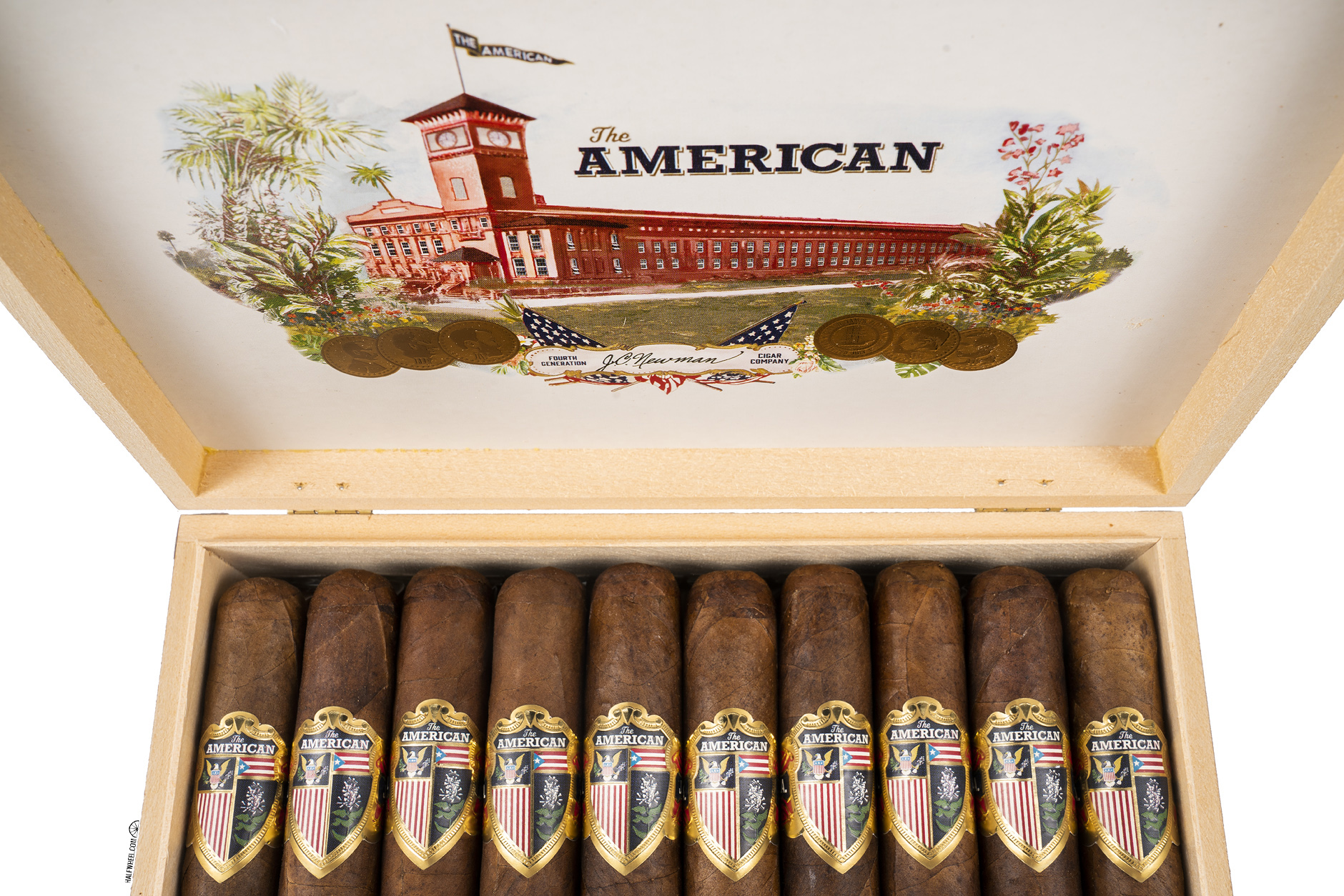 The list of American-based companies that contribute a piece of each one of the boxes of The American is impressive:

The American is a historic brand, originally made in Manhattan before becoming the first cigar produced at the E. Regensubrg & Sons factory in Tampa, which is now Newman’s El Reloj factory. In fact, the band on the newest incarnation shares a strikingly similar design to the original band, although there are some notable differences when comparing the writing on each of the sides.

Considering his involvement with the tobacco used as the wrapper, it is no surprise that J.C. Newman chose Borysiewicz’s Sand Lake Corona store in Orlando to launch The American brand during an event on May 31 that was attended by Drew Newman. At the same time, there was a second launch event the took place at the Davidoff of Geneva since 1911 flagship store in Tampa—also owned by Borysiewicz—that was attended by brothers Bobby And Eric Newman, the latter of whom is Drew’s father.

The American is currently available in four different vitolas, all packaged in boxes of 20. 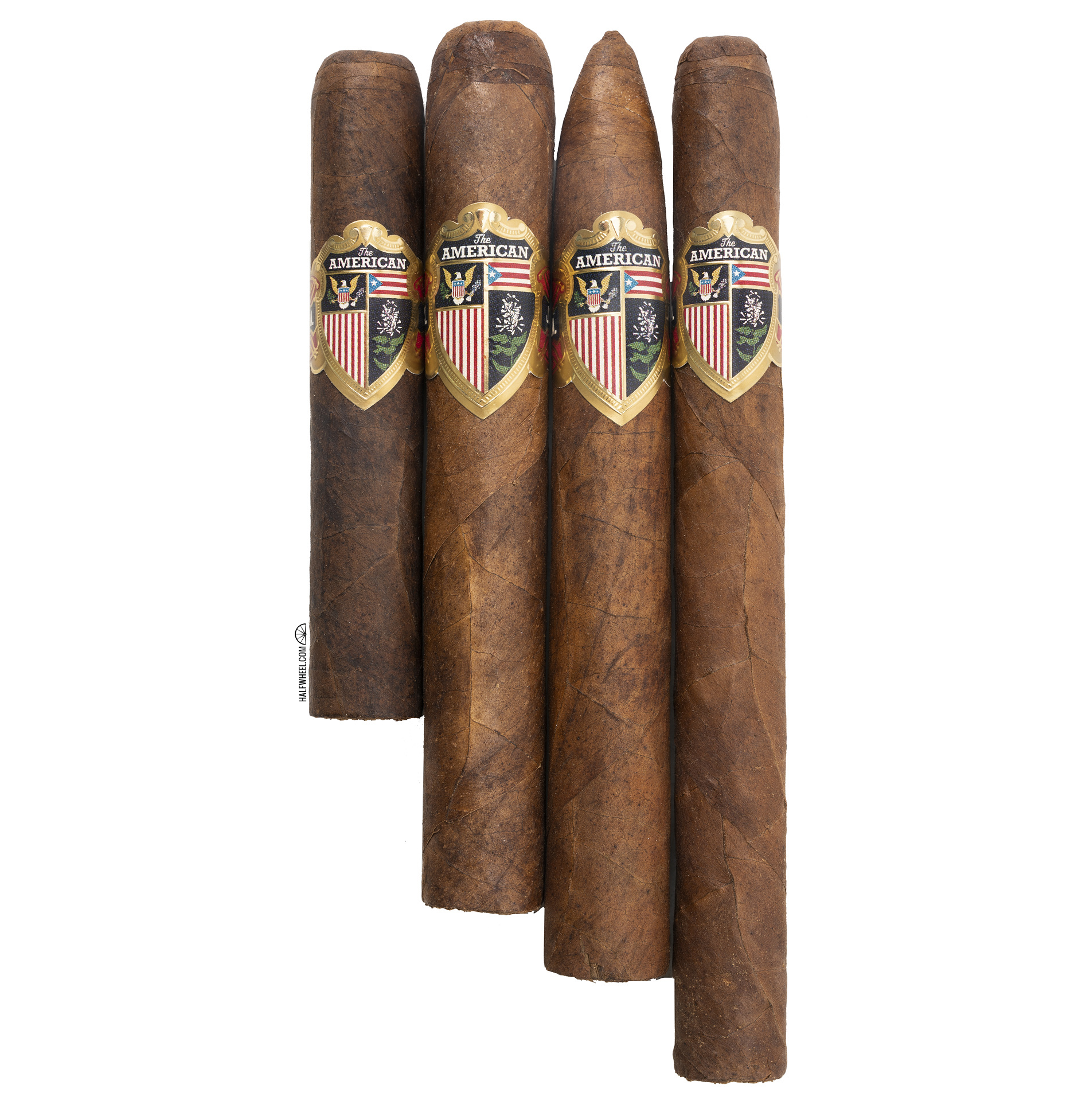 Visually, The American features a rustic, mottled dark brown wrapper with very little tooth and plenty of oil. It is extremely firm when squeezed and there are numerous large veins running from the bottom of the foot to close to the top of the cap. Aroma from the wrapper and foot is full of dank earth, sawdust, peanut shells, leather, manure and sweet raisins while the cold draw brings flavors of creamy cedar, generic nuts, cinnamon, freshly roasted coffee beans and leather.

Starting out the first third, The American features fairly distinct flavors of toasted bread, creamy cedar, leather, espresso beans, cocoa nibs and cinnamon, although none of them are substantially more dominant that the rest. There is no spice at all that I can tell, but I am picking up a bit of white pepper on the retrohale, which combines nicely with the vanilla bean sweetness that is also present. The draw is excellent after a simple v-cut and while the burn is noticeably wavy so far, it is not bad enough to need touching up just yet. Strength-wise, The American ends the first third almost exactly where it started, closer to mild than medium.

A combination of toasted bread and leather become the dominant flavors around the start of the second third of The American followed by other notes of cedar, earth, dark cocoa, cinnamon, leather and rich coffee beans. The white pepper on the retrohale has actually increased just a bit, as has the vanilla bean sweetness. Construction-wise, the draw is giving me no issues at all, but the burn does become problematic just before the halfway point and I am forced to touch it up twice. Finally, although the overall strength does increase enough to come closer to the medium mark, it is not enough to really make much of a difference in the overall profile. There is very little change in the profile of The American during the final third, with the same toasted bread and leather combination easily dominating the rest of the flavors. Other notes of hay, cinnamon, earth, dark chocolate and a touch of floral flit in and out, while both the white pepper and vanilla bean sweetness on the retrohale remain at a fairly consistent level compared to the second third. The draw continues to impress while the burn has evened up nicely, and stays that way until the end of the cigar. In terms of strength, The American ends up basically ends up where it was at the end of the second third, meaning it falls fairly short of the medium mark by the time I put the nub down with a bit more than an inch to go. I have said that I am a sucker for a good story when it comes to cigar releases, and The American is a doozy. While not the most complex of blends, it is both extremely well-balanced, nicely constructed and very consistent, as each of the three samples I smoked for this review were virtually identical: dominant flavors of toast, leather and dried tea leaves along with a vanilla bean sweetness present on the retrohale throughout the entire smoke. Yes, they are a more expensive option—albeit not nearly as expensive as some other J.C. Newman brands—but the only 100 percent American cigar is well worth trying for yourself.