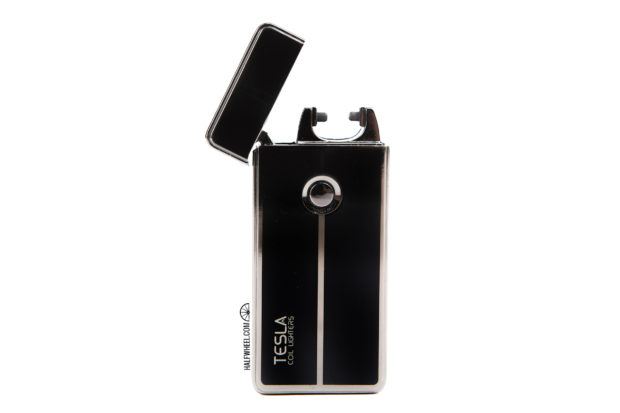 Think about the various ways to light a cigar, and while there are several options from matches and soft flame lighters to jet torches, they all have one common denominator: flame. In the case of lighters, it’s the combustion of butane gas to create some sort of flame with which to toast and light a cigar.

Yet flame isn’t the only way to start a fire; electricity can also be a serviceable option if kept manageable. While I’m not advocating rigging up a lighter out of an electrical socket, there are a few companies looking to revolutionize pocket lighters by using the power of electricity.

Tesla Coil Lighters have been stirring up a bit of buzz lately, partially due to the novelty of the device, partially due to the Tesla name having more name recognition lately, and partially because the lighters seem to work. On top of that, they don’t use butane or any other fuel to function, simply the electricity from the internal battery which is charged via a micro USB cable in just 90 minutes to two hours, a charge that will last for anywhere between 100 and 300 sparks. 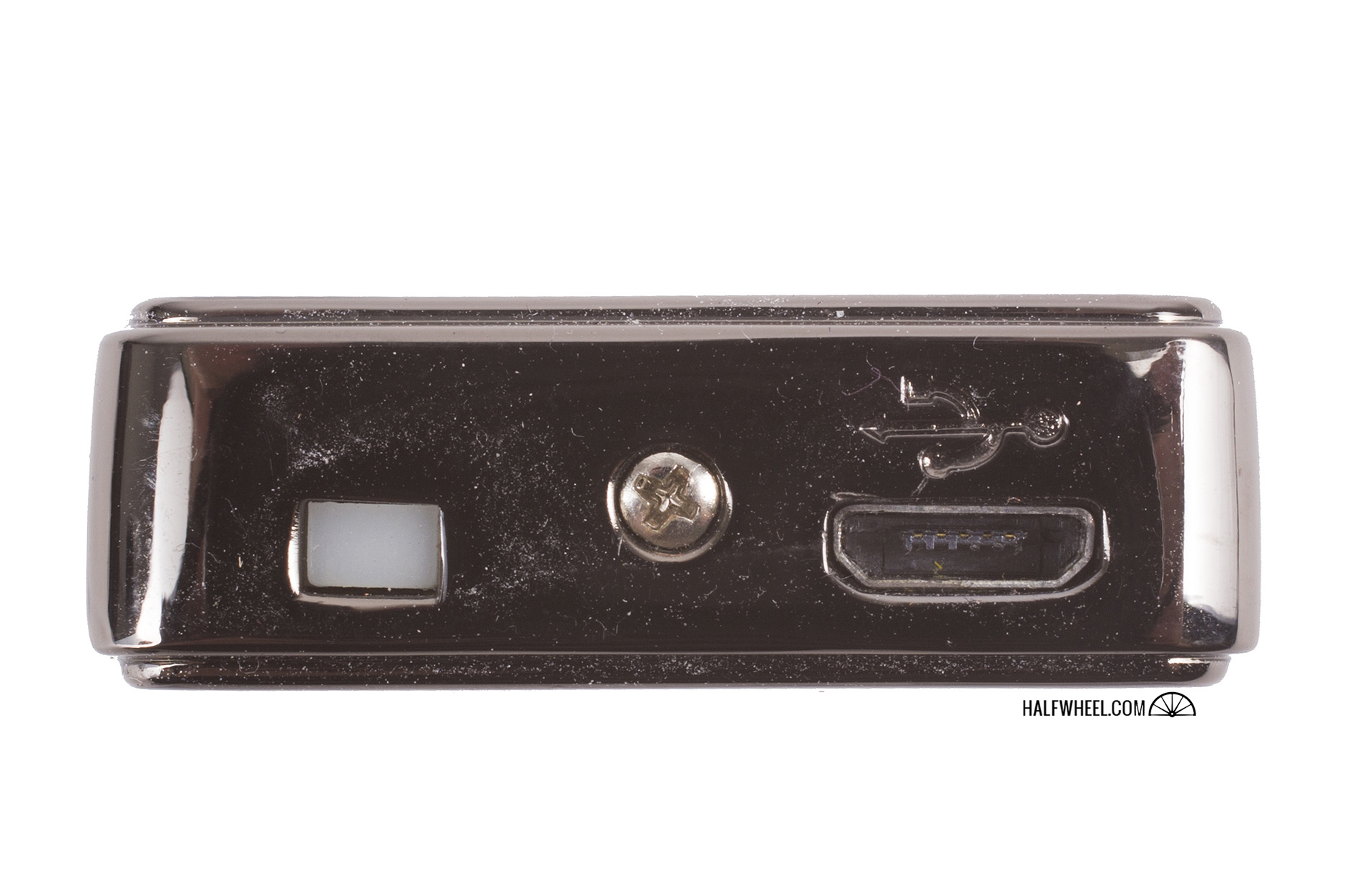 Measuring just 3 inches long by 1 1/4 inches wide and 3/8 inch thick, the Tesla Coil Lighter is a near perfect size for daily use; small enough to fit in a pocket or travel humidor yet still plenty present in the hand. It weights just 2.8 ounces but feels remarkably sturdy.

With the lid closed, it looks like pretty standard; it’s available in several colors including the gunmetal gray version I tested out, each with a bit of silver accenting on the body. The push button ignition may be the biggest indication that this isn’t a typical lighter, at least until you open the lid, which also serves as a safety mechanism to keep the arc from being started if the lid is down. 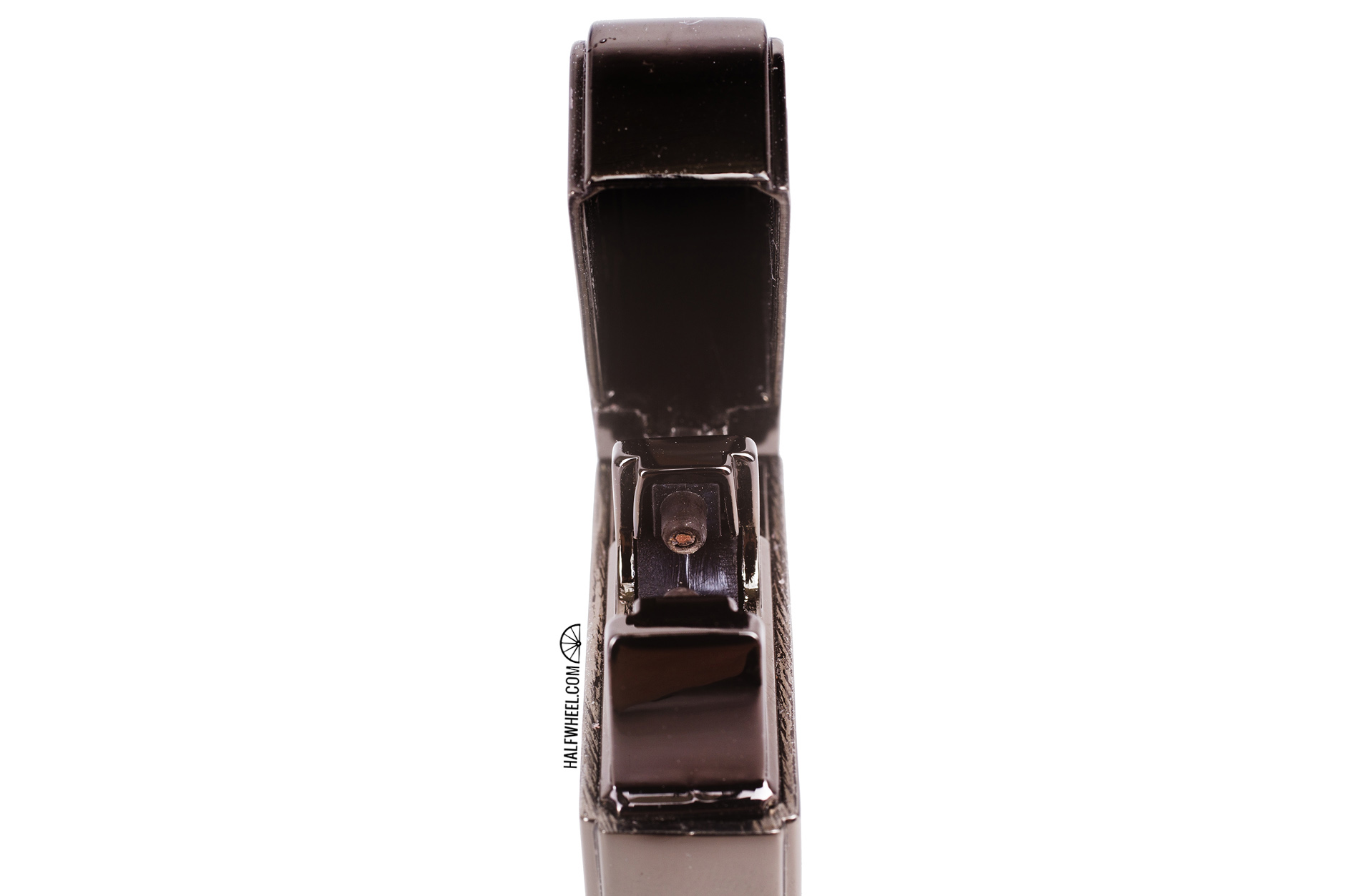 The lid flips open with a right to left motion, a hinge on the left side of the lighter allows it to pivot open at an angle of about 60 degrees. It doesn’t create a completely clear path to the arc, but it seems functional enough, and the sturdy sound that’s produced when the lid is opened and closed is reassuring. S.T.Dupont it’s not, but that’s a comparison for another day. 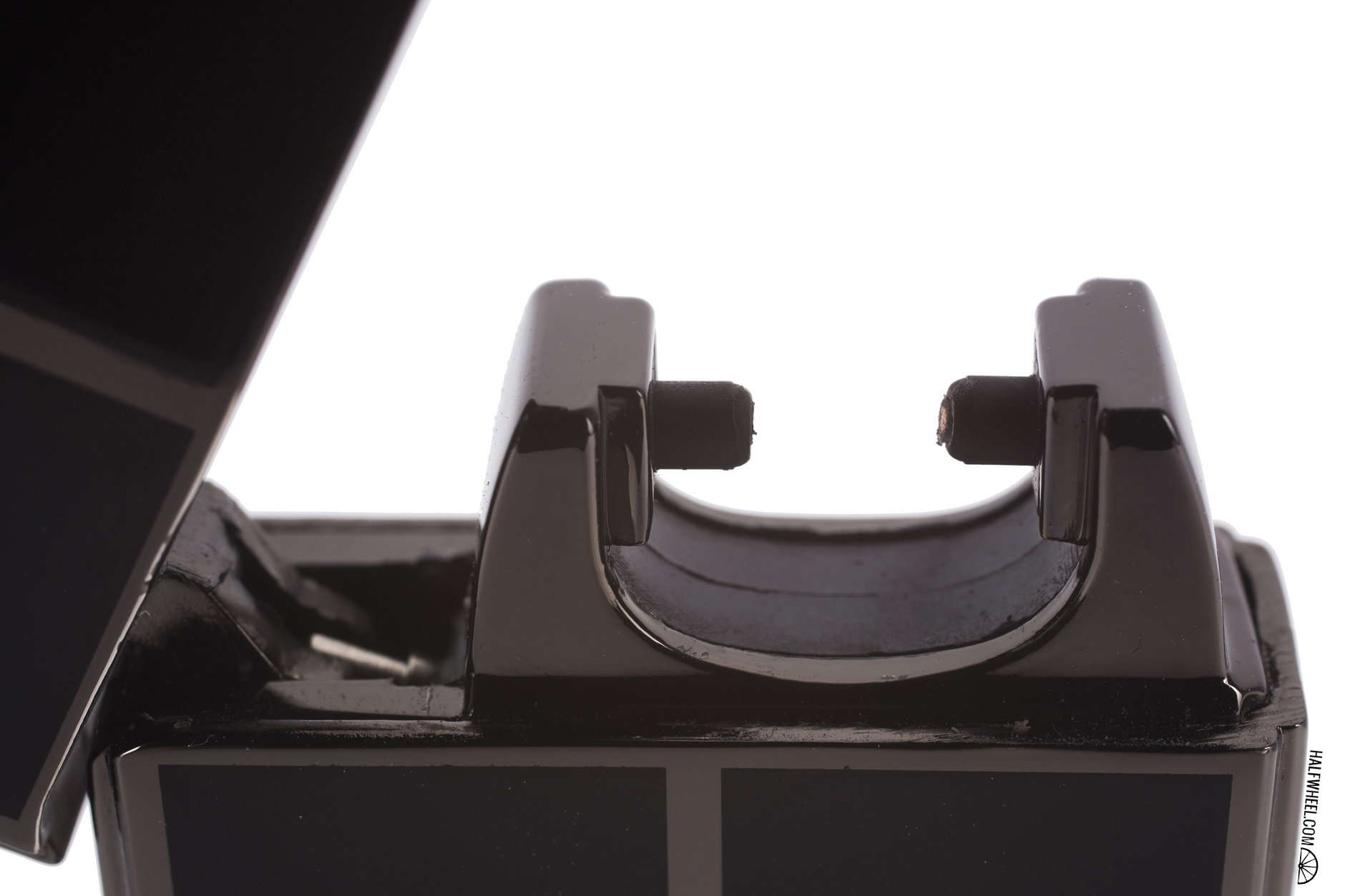 Once the lid is open you see the real differentiator of the Tesla Coil Lighter from other lighters, a half circle with two small poles that will create the arc once the ignition button on the front is pressed.

Trying out the Tesla before attempting to light anything is quite interesting; as soon as the button is pushed a purple arc of electricity appears between the poles, slightly waving a bit but incredibly resistant to wind or my attempts to blow it out. A faint electric hum can be heard as well, noticeable but far from distracting and easily absorbed by the chatter of a cigar lounge.

But the real test comes when it’s time to light a cigar, and the results are simply not good. Because the lighter does not put off any heat—at least no appreciable amount of heat—you have to bring the foot of the cigar in contact with the arc, and that space between the two poles is just about a quarter of an inch wide, far too small to fit the majority of premium cigars. In fact, to see if I could fit any cigar between the two poles, I turned to one of the thinnest cigars I know of, the 32 ring gauge Illusione ~33~, and even that slender cigar was much too big. 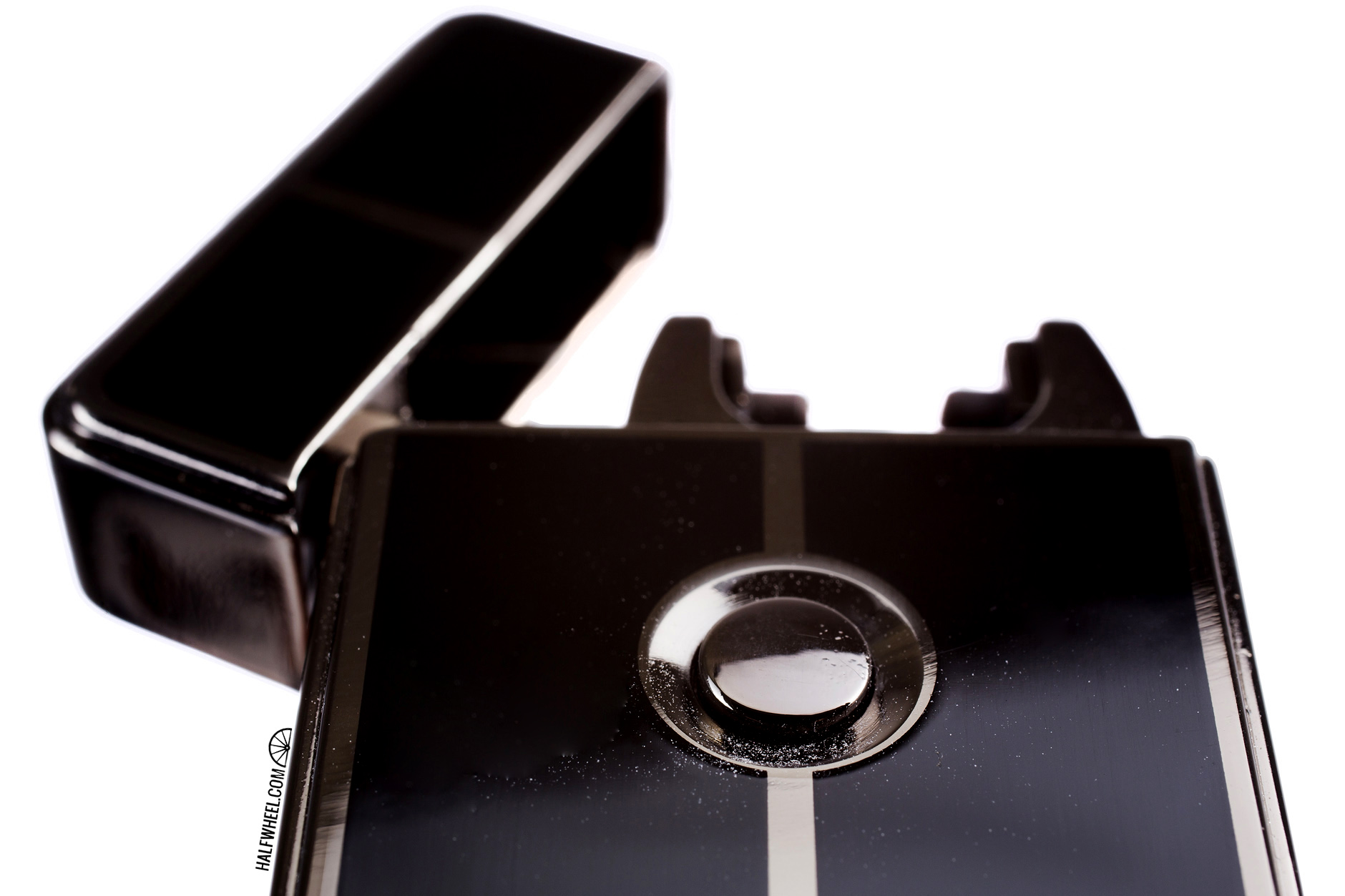 The Tesla Coil Lighter will light a candle wick certainly, a cigarette most likely, but a premium cigar? It’s just not going to happen, at least not without some effort and frustration.

Now, I should say that you can use the Tesla’s arc to light a cigar, though it will be clumsy and far from quick or traditional. By angling the cigar a bit you can get a small portion to fit between the poles so that the arc can do its job. I can’t stress enough that this is only going to light a small amount of the outer portion of the cigar, and certainly not the entire thing unless you are smoking a very small ring gauge.

On top of this, the lighter is only designed to stay on for 10 seconds at a time; its internal safety mechanism will automatically kill the arc after that point. 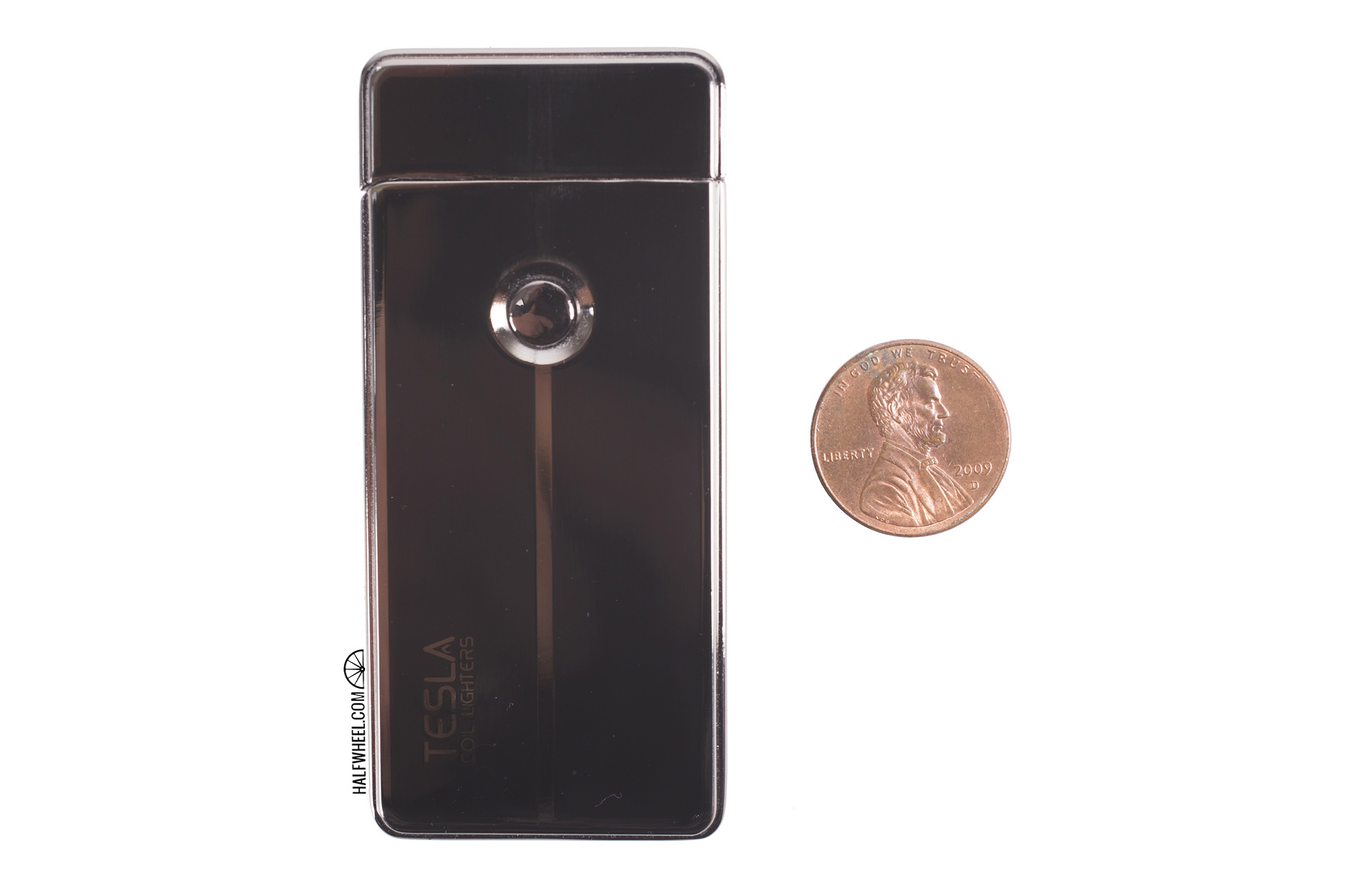 When it comes to using the Tesla Coil Lighter to light a cigar, your best bet is to use it to light up a cedar spill and then use that to light your cigar, or use it to light a long wooden match or two instead of striking them on the matchbox. Otherwise, I think it’s simply too much hassle and too much of a waste of time. A neat idea, but one that is simply not for the cigar industry, at least in this form.

Should you want to try it for yourself, you can find the Tesla Coil Lighter at a number of retailers including Amazon.com, where they retail for between $17.99 and $24.99.