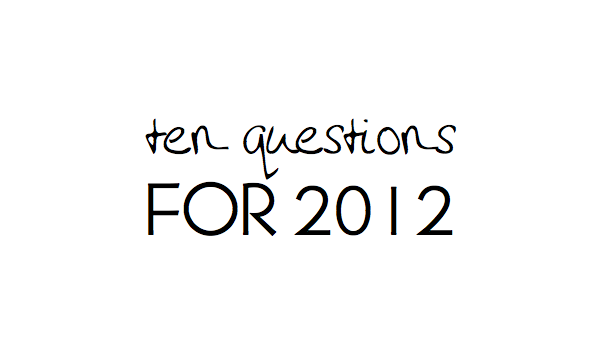 Last year, I published an article entitled Ten Questions for 2011. The concept was simple, what were a few of the topics to watch for in the upcoming year. With the notable exception of E.P. Carrillo’s crazy year, I’d like to think that we covered most of the major topics of 2011. With another year quickly approaching it seems about time to publish this year’s rendition. It’s been a fun time, but the future is much brighter. — el niño diablo.

Once again, there’s no real order here. Numbers are just for those of us that struggle with counting. 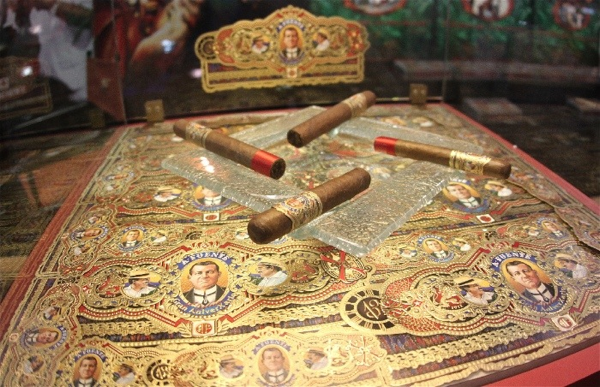 1. Fuente’s 100 Years
It’s going to be a big year for Fuente. That was the word at IPCPR, and the belated Christmas’ presents of late December from the Tampa-based cigar maker are supposed to be just a preview of the craziness to come. Ultimately, this time next year I will likely be writing a similar column about the impact of the century celebration on Fuente’s future, but I’ll wait until then to wax poetic on that. Expect lots of limited editions, high-end products and things we all never knew about. 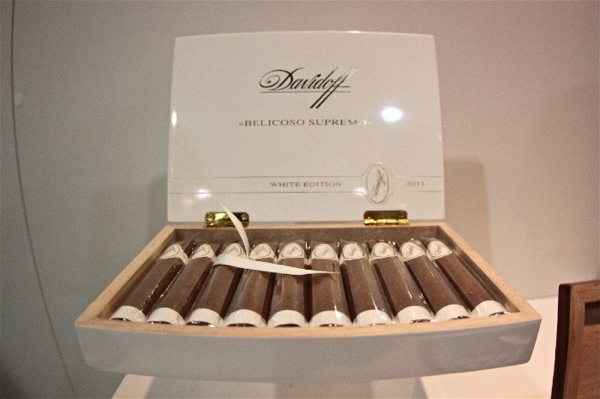 2. Davidoff?
A year hasn’t really made anything more certain in regard to Davidoff. There were a laundry list of personnel changes from top to bottom and while the white label stayed strong, there were a total of four new products (and the relaunch of the Camacho Diadema) that weren’t annual limited editions introduced by AVO, Camacho, Winston Churchill and Zino. I’m still not really sure what actually happened to the AVO 787 or Christian Eiroa. Whatever the case, 2012 will be an interesting year for Davidoff. 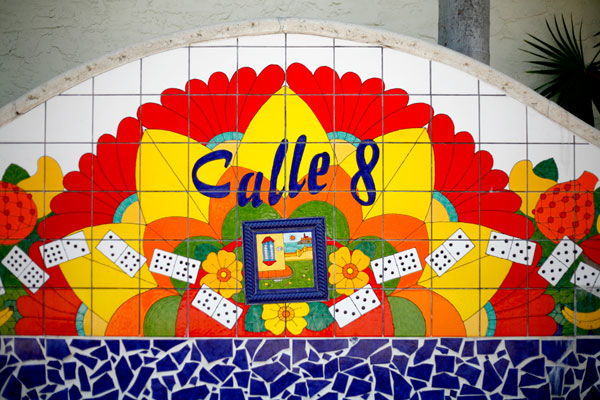 3. Back to Miami
Ernesto Padilla returned to Miami by rereleasing a limited edition rendition of the Padilla Miami 8 & 11 made by El Titan de Bronze. Miami Cigar & Co. brought out Casa Miranda, rolled by ETB as well. Tropical/Casa Fernandez moved production of their namesake Casa Fernandez line from Raíces Cubanas in Honduras to a new factory in Miami. And recently, Oliva announced they would move production of their Serie V line from their TABOLISA factory in Estelí, Nicaragua to, you guessed it, Miami. I’m not sure the trend is going to continue that much, but it’s definitely something to look for in the coming year. 4. The Continuation of EPC Invasion
At the end of 2010, Ernesto Perez-Carrillo Jr.’s new Dominican factory has released eleven (11) cigars since his departure from General Cigar Co. in early 2009. Between his E.P. Carrillo line and partnership with Crowned Heads he put out twenty-three (23) new SKUs in 2011. By my count he’s already got eleven (11) SKUs scheduled for next year. (Assume Short Run 2012 and Cabinet are three sizes each, two Crowned Heads projects already announced and three sizes of Elencos Oscuro.) While it is a lot, the reports of retailers unable to move EPC product just aren’t common. The reality is, the cigars are good and the price points are better. Perhaps even most notable, products like the NWC and Core Line Maduro really are unlike anything else on the market right now. I’d say Ernesto is the hottest cigar maker at the current moment, so 2012 is obviously something to watch. 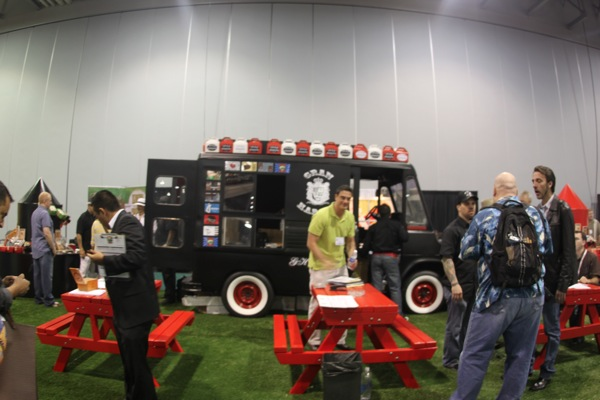 5. The Reps Lunch Tables
To me, there seems to be four different types of reps we have. You have staff reps (whether in house or on the road) that make up sales forces like Oliva, LFD, Fuente/Newman, General Cigar, etc. There’s then an interesting category of independent reps throughout the country who cover many of the same brands like Tatuaje, E.P. Carrillo, Gran Habano, etc. There’s a group of true cigar brokers, although it seems to be getting slightly smaller. Then you have sort of the intriguing group, a new set of reps that are working for smaller and newer brands like 262, Emilio, Panacea, Rodrigo and others. There are obviously some unique cases like the Poehlers and Erik Espinosa, but nevertheless, the final category has become intriguing to me. I think it’s something to watch in the upcoming year, particularly if people start figuratively switching tables. 6. A New Year for Oliva
2011 might have been a great sales year for Oliva, but product wise it left a bit to be desired. Before we get started, the Oliva Serie V No.4 and Serie V Maduro Especial were both great releases. However, Cain Daytona never matched the hype and while selling, hasn’t caught on as many, including yours truly, would have thought.  Connecticut Reserve Petite Corona was in much the same manner. The Padilla/Studio Tobac Figurado, which I have yet to see in a physical store, was not worth the price of admission and hasn’t done as well as I thought. The Cain Daytona Lancero was a good cigar, but I’m not sure if the price point is remotely justifiable. While the Tubos extensions at IPCPR sold well and have hit the shelves, the Cain F Lancero with its great price point is still not out thanks to production delays on the packaging. 2011 brought personal success to José Oliva, who won a seat in Congress, and success to Oliva’s Studio Tobac branding/team, but the cigars have been hit or miss. For a company that is likely second only to Padrón in regard to stability and consistency with releases, 2011 makes you scratch your head. The upcoming year is expected to be a big one in terms of new products, as well as the aforementioned moving of Serie V production to Miami. It would be a rather large shock if 2012 was not an improvement in smoothness as compared to 2011, but then again, it’s hard to complain when the numbers are up.

On a more somber note, 2011 saw the passing of the original Oliva salesman, Bert Gottfried, regarded as the “godfather of Oliva.” 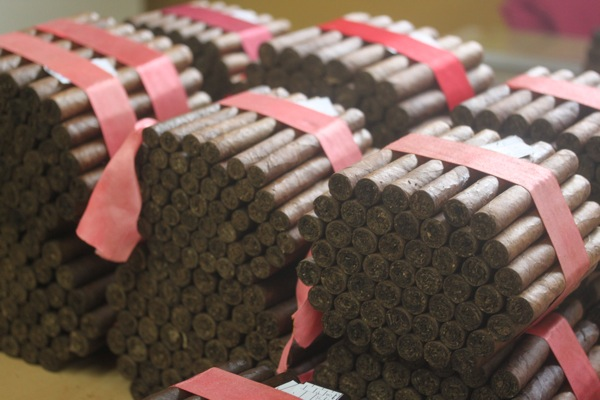 7. Fabrica Boutique
2011 saw a few new companies that actually provided innovation for the “boutique” cigar market. Skip Martin and Michael Rosales’ Adrians CroMagnon provided quite a bit of innovation for the cigar industry, most notably, a successful manufacturer-consumer distribution. Ellissa Noyes’ Charmed Leaf finally brought an online cigar store dedicated to smaller manufacturers. Curivari and EloGio were two of the more notable hits of IPCPR 2011 and of 2011 in general, while Sean Williams’ Primer Mundo seems like the next boutique to get big. While there were countless new brands in 2011, a few proved that if you do things differently and intelligently — you can be successful. From Adrians CroMagnon, Curivari and EloGio, I think we can start to see the next trend, boutique factories with quality tobaccos. While I think the Crowned Heads and Emilio routes will still be something many choose, a few proved that if you get the right tobacco, you can compete with a small factory and I think it will be something greatly improved on in 2012. 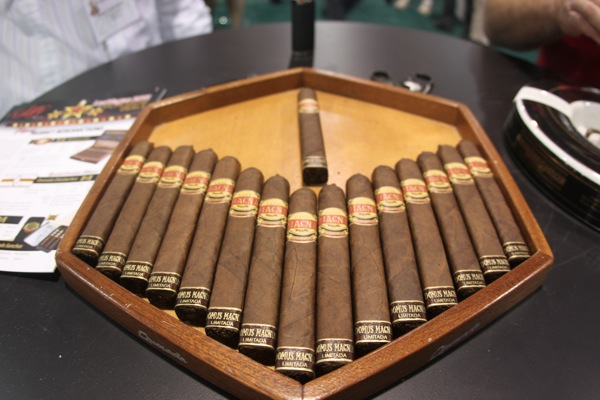 8. Quesada’s Success
España, Oktoberfest, Domus Magnus. Three of the best releases of the year with the former and latter continuing to take cigar of the year from various individuals. While the internet was buzzing from the releases from SAG Imports, I’m not sure it translated to that extent in retail shops. There’s no way around it, SAG Imports/MATASA had a very good year as far as products. (The Fonseca CXX is an easy candidate for most overlooked cigar.) But, outside of the three (or four) limited editions, it was relatively quiet year both in releases in general chatter regarding Quesada. While they will formally open their new Quesada Factory in Licey, Santiago, Dominican Republic at ProCigar in February, they have already moved into their new factory. If the releases in 2012 are on the same level as 2011, it’s going to be a very good inaugural year for Quesada’s new factory. 9. The Limits to Limited Editions
Underneath the limited edition craze has risen a new way for manufacturers to reward specific retailers: early shipping. Illusione gave New Havana Cigars a large chunk of its IPCPR releases before anyone else, E.P. Carrillo shipped out Elencos Oscuro boxes to select retailers a few months before they formally release, Cigar King was given the La Aurora 107 Maduro before its 2012 launch, and Nat Sherman and Casa de Montecristo were given the Liga Privada Ünico Serie L40 a few months before boxes shipped national. Those are just a few examples of what is becoming a growing trend in the industry, and one that makes a lot of sense. If there is one thing I’m certain of for 2012, this exclusive launch status is going to become a rather common practice, making the 2012 list a lot more fun. 10. The FDA
It is the largest and most serious topic going into 2012. If you haven’t filled out the CRA’s online petition, you can do so here. The FDA extended the comments period on non-face-to-face (internet/mail order) sales until January 19th. Even if the FDA chooses not to act on premium cigars now, it’s clear — it will be an issue for the future.