Screw top ten lists… Okay, maybe not. My list will be out at some point for all four of you that care, but in the mean time, the important one. Without a doubt, 2010 has been an interesting time for cigars and 2011 has the potential to be even more interesting.

Disclaimers: These aren’t in any order of importance, rather I just started making a list. I know stuff that I shouldn’t know, none of that is below. Things told in confidence or off the record are off the record. Those things aren’t in any part of what’s below, as I would rather not say then intentionally mislead you. What is below is more observation or simple math, either that or it’s just random things that I find important that no one could care about. — el niño diablo. 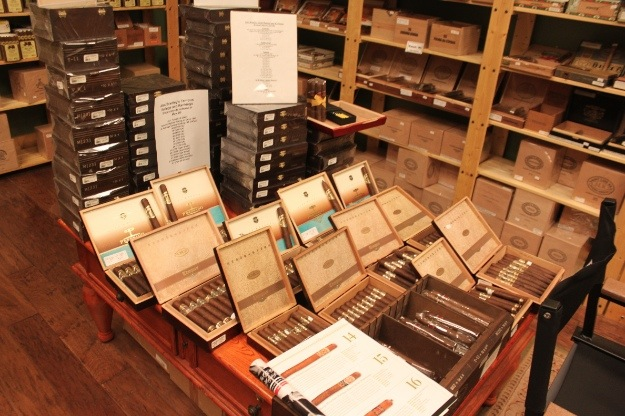 1. (No) More Brands
It may be the best time to be a consumer, but it’s one of the worst to be a retailer. There are seemingly an endless amount of brands and lines popping up every week. Almost everyone agrees that it’s not like the boom in the sense that the quality of cigars is incredibly high. That all being said, it’s definitely getting harder to get some tobaccos… cough, cough broadleaf. Will the bubble finally burst? It seems unlikely that the world can honestly support that many more cigars. 2. General Success
Sure, everyone is still upset with how the CAO merger went, but that story has been mistold a million times. What’s missed in all of the 2010 General Cigar Co. news is what’s happened with La Gloria Cubana. Only months after Ernesto Perez-Carrillo was able to leave after his non-compete and contract, General has placed tons of energy in LGC. While the cigars aren’t being made at El Credito in Miami, there is some boutique feel to the new releases. As for the CAO front, General assumed all current CAO contracts, so at least for the time being, the cigars aren’t going to change (People forget that CAO didn’t make their own cigars.) Will brands disappear, you’d have to imagine. 3. Miami Cigar & Co.
Nestor’s company is changing. The recent press release regarding Rene Castaneda’s new job even hinted at the big changes coming. La Aurora and Miami Cigar & Co. are in the process of integrating better, with the main goal being efficiency, translating to lower prices for consumers. Things are still being finalized, but I would doubt if this is the only change for MCC in 2011. 4. Nicaragua for Sale?
Rumors regarding Davidoff Courting Perdomo and Altadis (and General) looking at Drew Estate have run rampant for months, even if no one has said anything publicly. Both sales seem off for a lot of reasons, but given Davidoff’s purchase of Camacho, they want both a Nicaraguan brand and the ability to compete with Altadis and General in some regards. If Altadis is looking at more than just Drew Estate, this could mean a lot of changes in a year following consolidation at Davidoff (Camacho & Cusano) and the parents of General Cigar Co. and CAO. 5. The Free Agents
Jon Huber, formerly of CAO; Tim Ozgener, formerly of CAO; Sam Leccia, formerly of Oliva/Cain/NUb; Mike Chiusano? The list goes on… There’s always the Huber to Tatuaje rumor, which is where I’d put my money. No one has heard much rumblings from Sam, but it’s only a matter of time. Tim owns a bar and has said that he wants to focus on that for the time being. Given the state of the cigar industry (see numero uño), it might be smart to not bring yet another brand to the market in 2011. However, the former CAO headquarters, with the Escaparte, is still owned by the family and its unlikely they’d be able to sell that without losing money, as there are no other cigar companies that would seeminly take over the Nasheville space. Non-competes are what’s really going to be a big factor and I’d expect that a few of them have one. 6. Pepín, The Energizer Bunny
At some point, Pepín is going to have to slow down. One ten day stretch this past year included a few events in Chicago, flying to Tokyo for five or so days and then rushing back to Arizona for the opening of the first My Father Cigar Lounge. He just celebrated his 60th birthday and I haven’t even began to talk about the blends. He’s still making all of United Tobacco/EO Brands stuff, responsible for more of Holt’s/Ashton’s blends, Nestor Miranda, Tatuaje and his own stuff, and then some. At some point, the travel and workload has to decrease, or at least that’s if I had to take some guesses. Even if Pepín doesn’t slow down, he is still the superstar in the business with two factories and two of the most popular companies under his wing. 7. The Rise of A.J. and Jesus Fuego
A.J. Fernandez has long been responsible for other people’s stuff: Diesel, Man O’ War, some Rocky, one of Sol Cubanos and Brickhouse; but now he’s going out on his own. With San Lotano and Jesus Fuego’s reinvention, the two are becoming a larger part of the national B&M market and when you add one, you usually got to take away another. I still think the Ruination is the best A.J. blend to date, and that’s restricted to Cigars International, but without a doubt the two of them have big plans for 2011 and with point number one, you have to wonder which other brand will be affected. Smoking bans, the FDA, taxes… you know the drill. It’s always going to be on this list, and with good reason.

Outside of the Serie V Maduro, Oliva hasn’t introduced a new cigar since the Connecticut Reserve. In addition to the departure of Sam Leccia, Studio Tobac promises to bring new sizes and more of a Skunk Works like feel to Oliva. The Cain F NUb hits stores in January, the Cain Daytona comes a few months later and the Cain F Lancero will be available on the Studio Tobac tour in February. What else will be added? Who knows. 10. The IPCPR Show
It returns to Vegas, which is a good thing, I think. Still, the problems I wrote about in August aren’t going to be solved by simply doing nothing. What seems to be the largest issue discussed is that of the bloggers and new media, which might as well be the last thing that needs conversation. I’m going to make this blunt: unless they get rid of the pre-show specials, the show is done in a few years, end of story.