Techno Torch, a division of Enor International, has added a new pocket-friendly quad torch lighter to its offerings geared toward cigar smokers looking for a value-priced lighter. 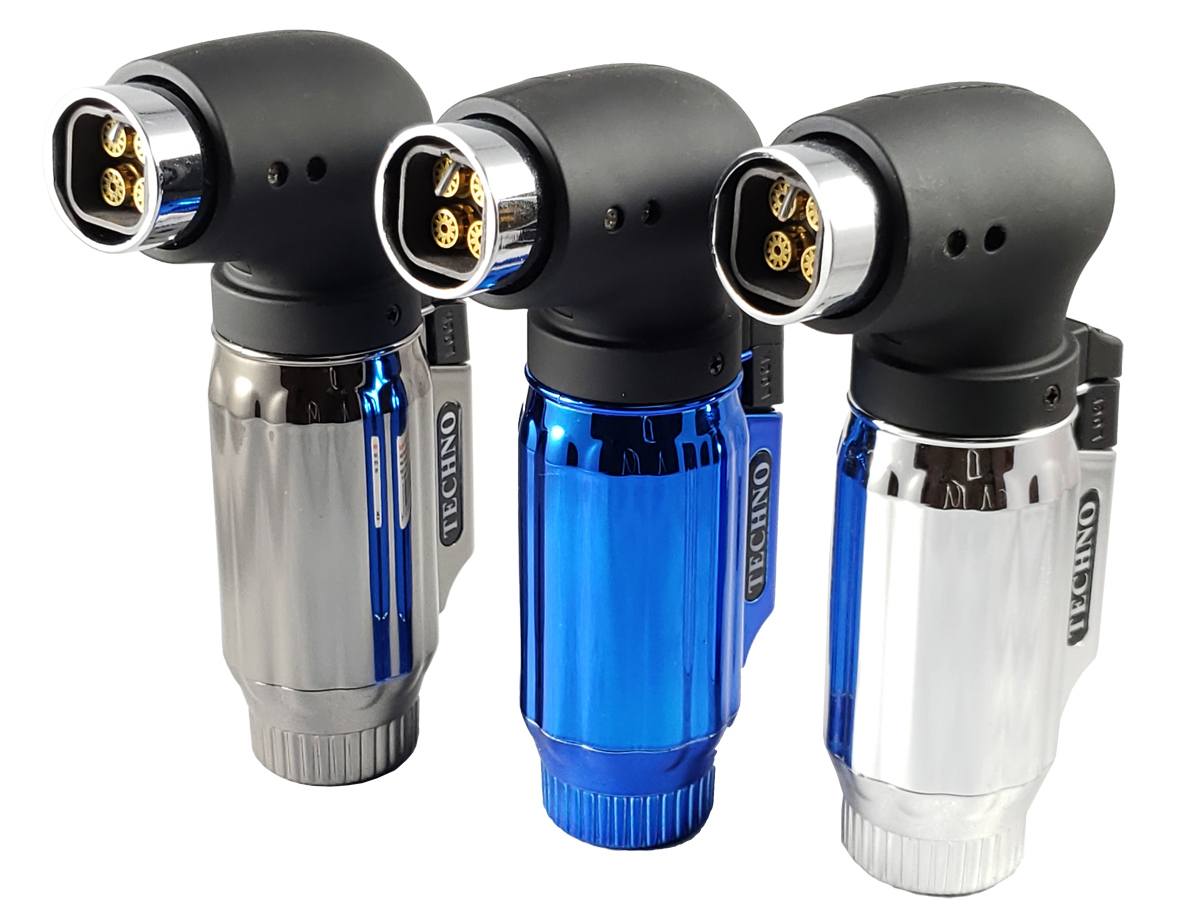 The Quad Flame Metallic Torch Lighter measures a compact 4 1/8″ x 2 1/2″ x 1 1/4″ and is available in three metallic colors: blue, silver and gunmetal gray, each priced at $9.95. Notable about the design of the lighter is that the flame comes out at nearly a right angle and directs the majority of the heat away from the ignition button and fingers.

On the bottom of the lighter is a flip-out flame adjustment wheel to customize how much flame the wind-resistant lighter puts out, while a standard fuel valve sits in the middle of the wheel to allow the lighter to be easily refilled with butane.

It is currently shipping to retailers.