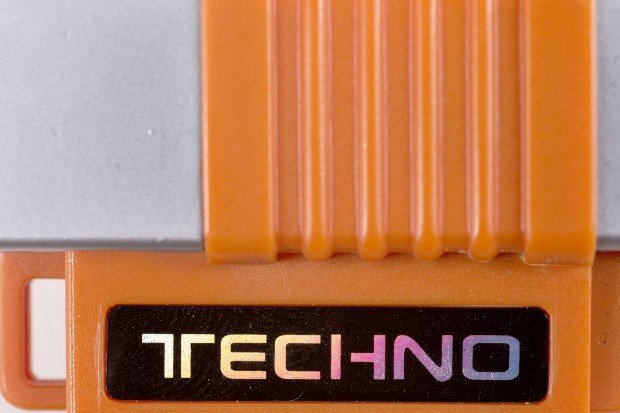 While there are a number of well-known cigar accessory manufacturers, there are likely just as many you’ve never heard of, ones that make lighters, cutters and other products that certainly look like they could hold their own next to the big names, yet have a price tag much smaller than their mainstream counterparts.

One such line is sold under the Techno brand, and  produced by Enor International, which is based out of El Monte, Calif. and runs the site AmazingLighters.com. I first came across the company at the 2015 Tobacco Plus Convenience Expo trade show in Las Vegas in January 2015 as I was looking for lighters from companies beyond the usual ones found in premium cigar shops. 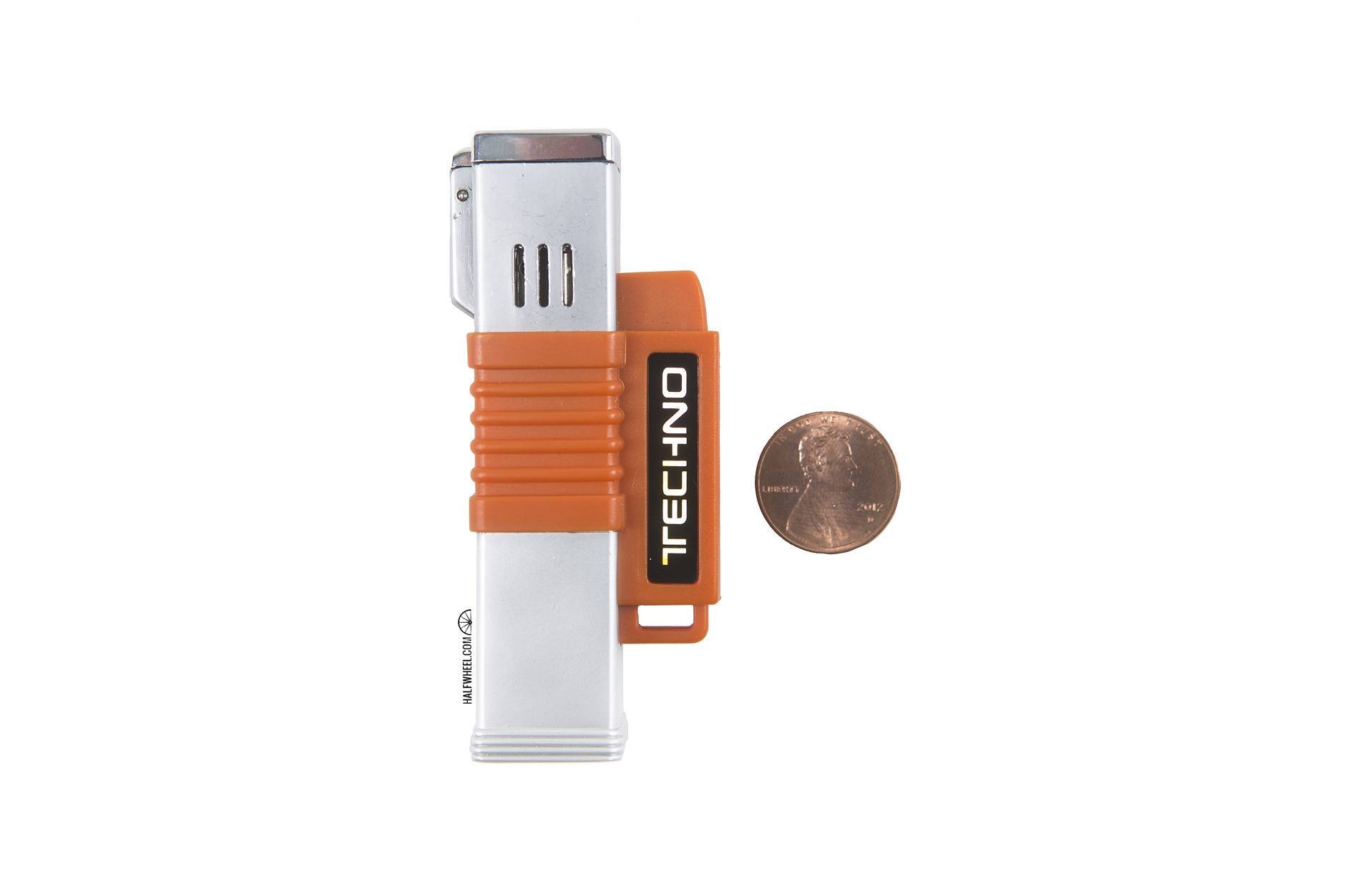 One of the things that struck me about the Techno line of lighters is how much they look like those from another manufacturer with whom I have had good experience: Jetline. There’s no denying that the Techno Quadruple Torch ($9.99) bears a striking resemblance to the Jetline New York series, which also comes in a quadruple flame version; while another lighter the company provided, the Techno Triple Torch, is strikingly similar to Vertigo’s Vortex.

But would the Techno brand be able to replicate the highly regarded functionality of JetLine, let alone any of the lighters that are generally found in premium cigar shops? Enor International sent a few samples over to try out and show that they could hold their own in daily use by a cigar smoker.

As mentioned above, the lighter looks very familiar, and there’s really nothing innovative as far as this particular model at first glance. While it feels a bit light in the hand it doesn’t feel flimsy, but rather a bit more budget-oriented by the feel of the plastic and metal body. The lid flips up with a flick of the thumb, and the push-button ignition on the side of the unit is self-explanatory. There’s no child-resistant mechanisms to engage, and other than the typical flame adjustment setting on the bottom of the lighter, no knobs or levers to adjust. 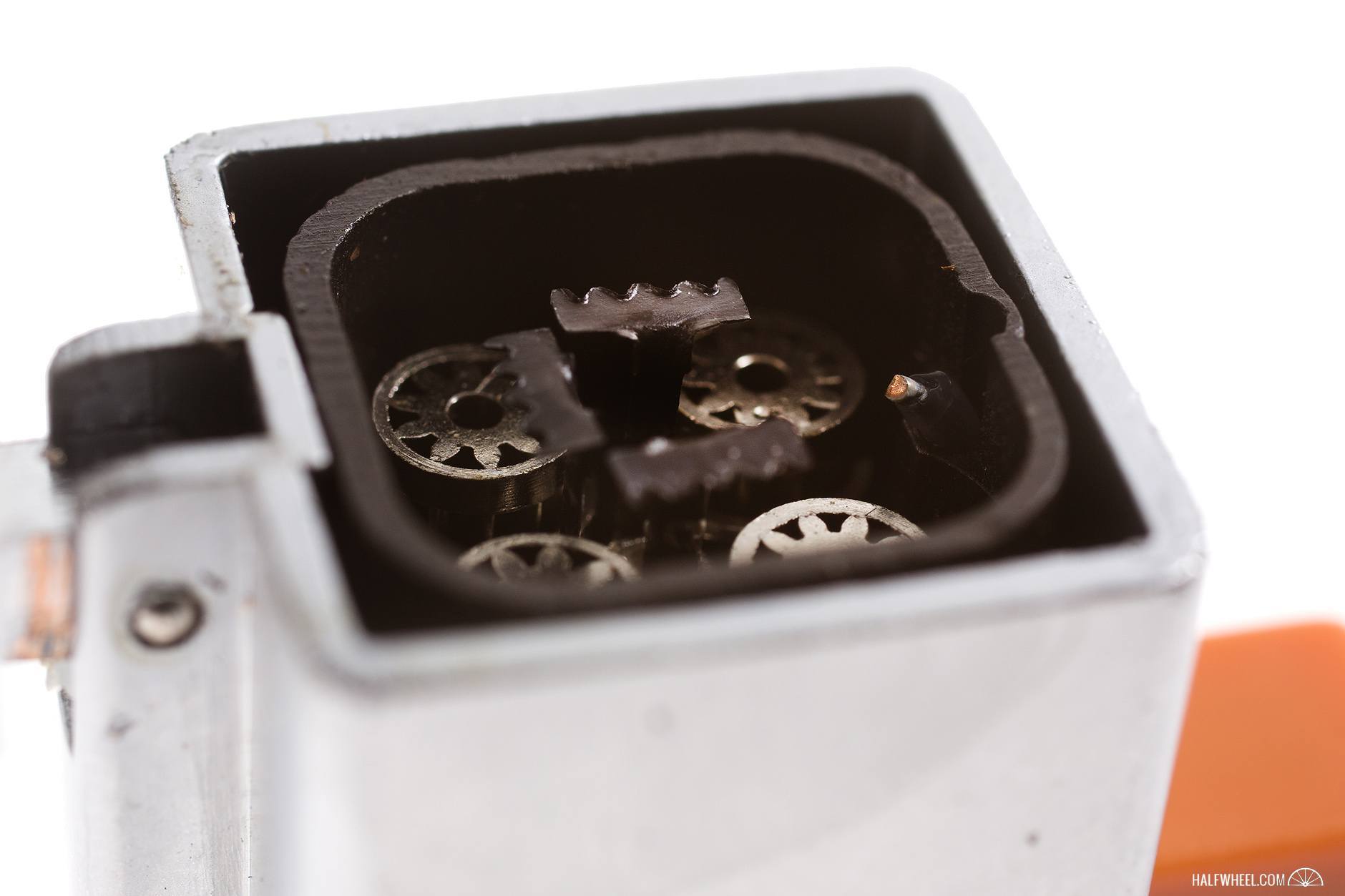 When it comes to lighting a cigar, the Techno Quadruple Torch has no problem getting any cigar lit quickly, as it puts off a sizable flame that is certainly overkill and seemingly more for show than practical usage. Unless it’s dialed down fairly low, it’s generally too big and unwieldy for my liking, as I have come to appreciate that control and accuracy that smaller torches provide, most notably single and double flame options such as the JetLine Super Torch Single Flame or the Rocky Patel Laser Lighter. That said, it is a wide base of a flame and each of the jets flows fairly evenly, coming together to form a decently focused flame, and I can’t say that I ever scorched a cigar in several weeks of use. 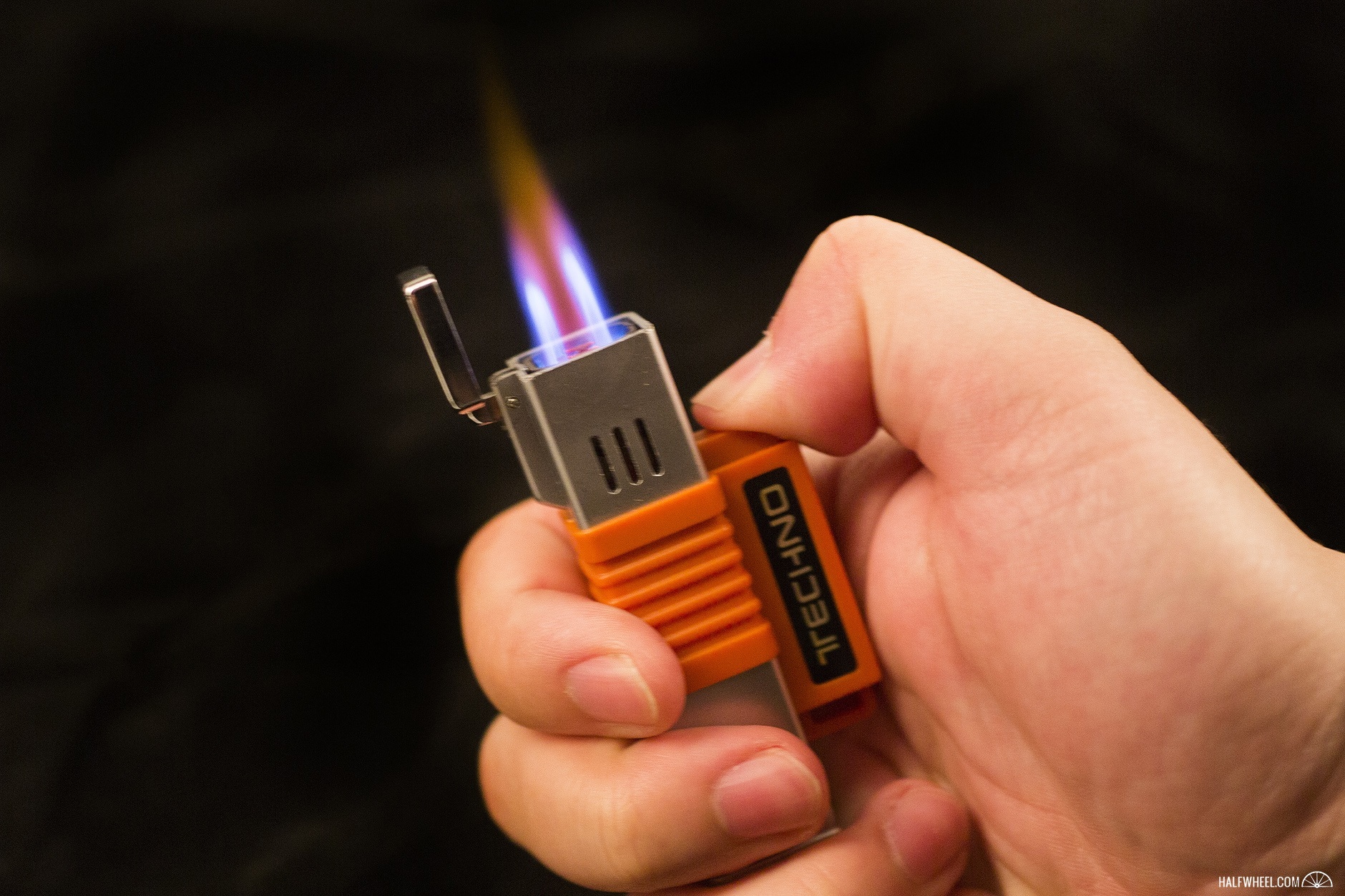 Once you have it fired up, you’ll realize that there’s a certain bit of novelty with the Techno; as three small metal plates sit in the middle of the torches and force the flames to heat them up, turning a bright orange in the process while also affecting the color of the flame the lighter puts out. While you’re most likely used to seeing either a bright blue or yellow from your lighter, the Techno Quadruple Torch offers a flame that quickly changes color from blue to orange to red,  an unfamiliar visual from what you’d find from other, more traditional lighters. It also offers a bit of a how’d they do that? feeling while also wanting to possibly distract the customer from faulty insides by making the flame the flashiest part of the operation.

Yet, after weeks of regular use, there doesn’t seem to be any faulty insides, and rather the change in flame color is more for show than anything, caused by introducing these three small pieces of metal into the flames’ paths.

As for the rest of the unit, the plastic body and ignition stay deceptively cool while the metal frame and lid both get very hot; if not careful the fingers are in for a shocking zing of heat. One of the most overlooked parts of picking a lighter seems to be how it fits and feels in the hand, not just in the store but when being used to light a cigar. For the most part I didn’t have any issues in this regard, but there were a few times when my fingers accidentally grazed the metal above the plastic midsection and was quickly reminded not to by the searing heat of four torches. 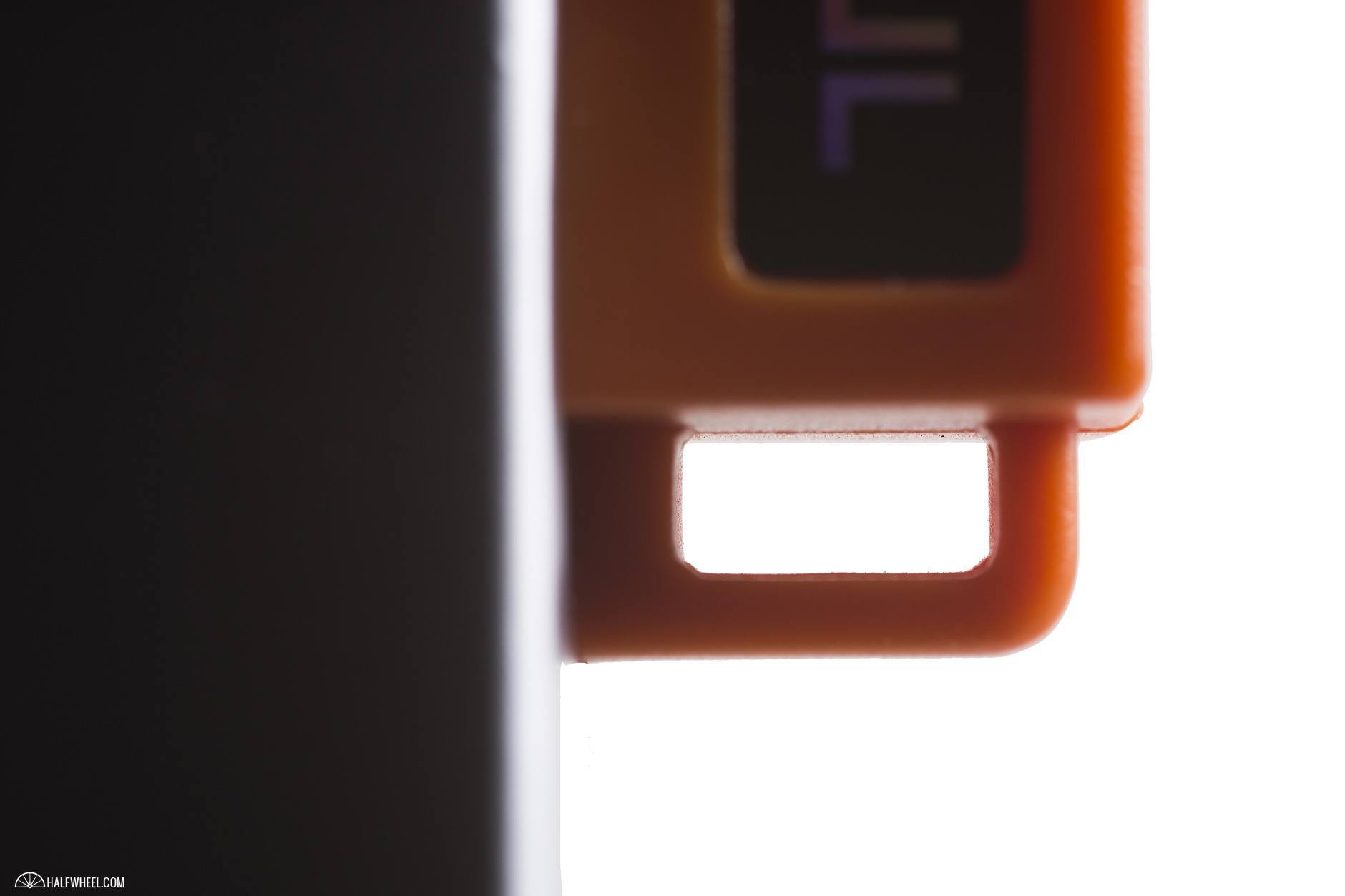 One feature that I’m not sure how much use a person might get out of it is a small loop on the opposite side of the ignition button. While it appears to be as much form as function, this could be used to attach the lighter to something; the first thing that comes to mind is a table in a retail shop where the owner doesn’t want it to be stolen. I’m sure there are other applications as well where this could come in handy.

There are a few spots where the Techno looks and feels like a bargain lighter, the first being the lack of a visible fuel window. This has seemingly become a standard on premium lighters, and something that I find to be a valuable feature on a lighter. It does add a bit of cost, of course, which means lower cost lighters tend to omit it to keep costs down.

The ignition is another spot where I feel like a bit more could have been done; or at least where you’ll notice some difference between this lighter and higher end models. While the Techno’s system is generally fine, I wouldn’t object to having a slightly larger ignition button to help get my thumb away from the hot metal body, as well as a bit more fluid of a sensation when pressing the button down. The lighter fired up without too many issues once the proper flame height was set, though there were the occasional miscues, but nothing out of the range of what you’d expect from other comparable lighters.

Finally, the fact that you have to manually flip open the lid is probably the least of the complaints, but again, for a big quad-flame lighter, it would seem that a built in latch could have been included as part of the ignition system. However, like the fuel window, it would likely be hard to offer this and keep the $9.99 price tag.

For what this Techno Quadruple Torch Lighter is, I really have no complaints, other than that I could probably do without the multi-colored flame, something that will probably keep this relegated to home use and not something I pull out in front of friends or colleagues. It’s a solid little unit, offering a big flame in a fairly compact and easy to use format, and with a very reasonable price tag, is pretty hard to beat in terms of bang for the buck. Take those three little metal plates out and I wouldn’t have much bad to say about it.

The Techno Quadruple Torch lighter is available in five colors—royal blue, orange, red, black and lime green—all of which sit on top of the silver body.

The lighters for this review were provided by Enor International.