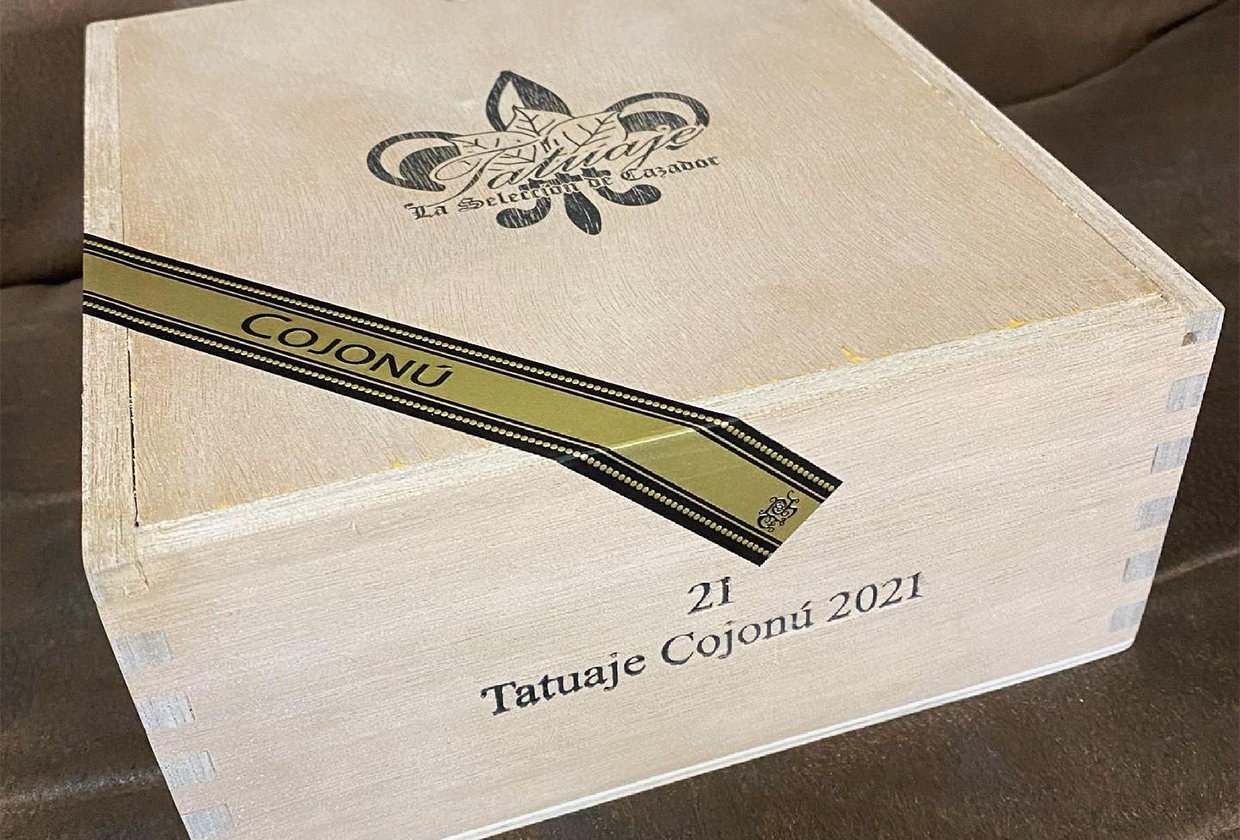 Pete Johnson has a new Tatuaje Cojonú release and it will make its debut at the 2021 PCA Convention & Trade Show.

The Tatuaje Cojonú 2021 is a 7 x 58 belicoso that uses an Ecuadorian habano wrapper over Nicaraguan binder and fillers, and is made at My Father Cigars S.A. in Estelí, Nicaragua. It has an MSRP of $14 per stick and comes in boxes of 21 cigars.

Johnson told halfwheel that the cigar will be regular production but limited due to production restraints.

They are due to begin shipping in the fall, though Johnson doesn’t have a firm date in place at the moment.