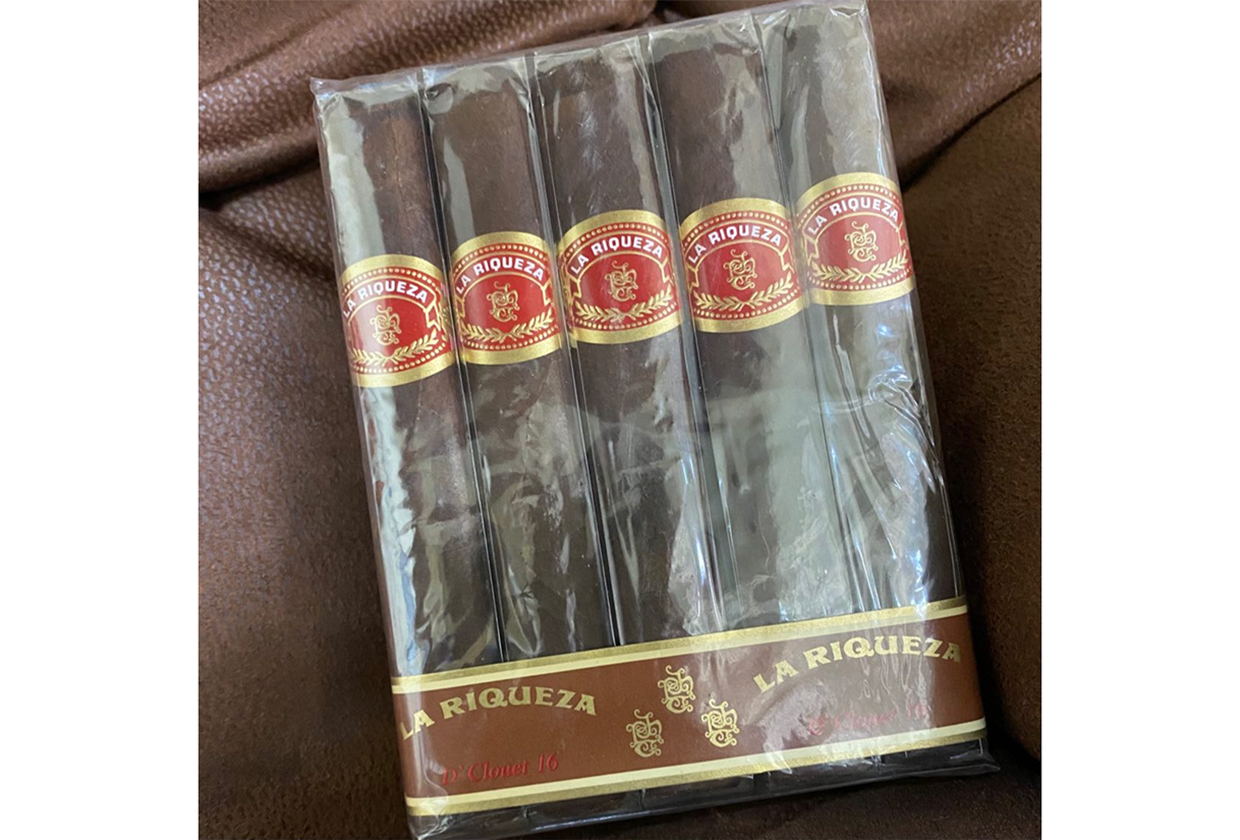 Tatuaje’s La Riqueza line is getting a new size in the not-too-distant future.

It’s a 5 5/8 x 54 parejo with a covered foot, though Pete Johnson isn’t saying anything more about it than that, opting to hold onto the full details until the 2021 PCA Convention & Trade Show, which runs from July 10-13 in Las Vegas.

La Riqueza debuted in 2008 and reached 13 vitolas, which include a mix of box-pressed sizes and round cigars that were sold under the Cabinet name. Both versions uses a Connecticut broadleaf wrapper over a Nicaraguan binder and Nicaraguan fillers. They are produced by My Father Cigars S.A. in Nicaragua.

The line has been on a bit of a hiatus, as Johnson removed La Riqueza from the company’s price list in 2017, though didn’t formally discontinue them. It was part of a reworking of the company’s extensive portfolio, moving La Riqueza along with Ambos Mundos, El Triunfador and La Casita Criollo to small batch and special event releases.

As for what the addition of this new size of La Riqueza means for the brand’s future, Johnson told halfwheel that “this is just a warm up for La Riqueza to come back into production.”