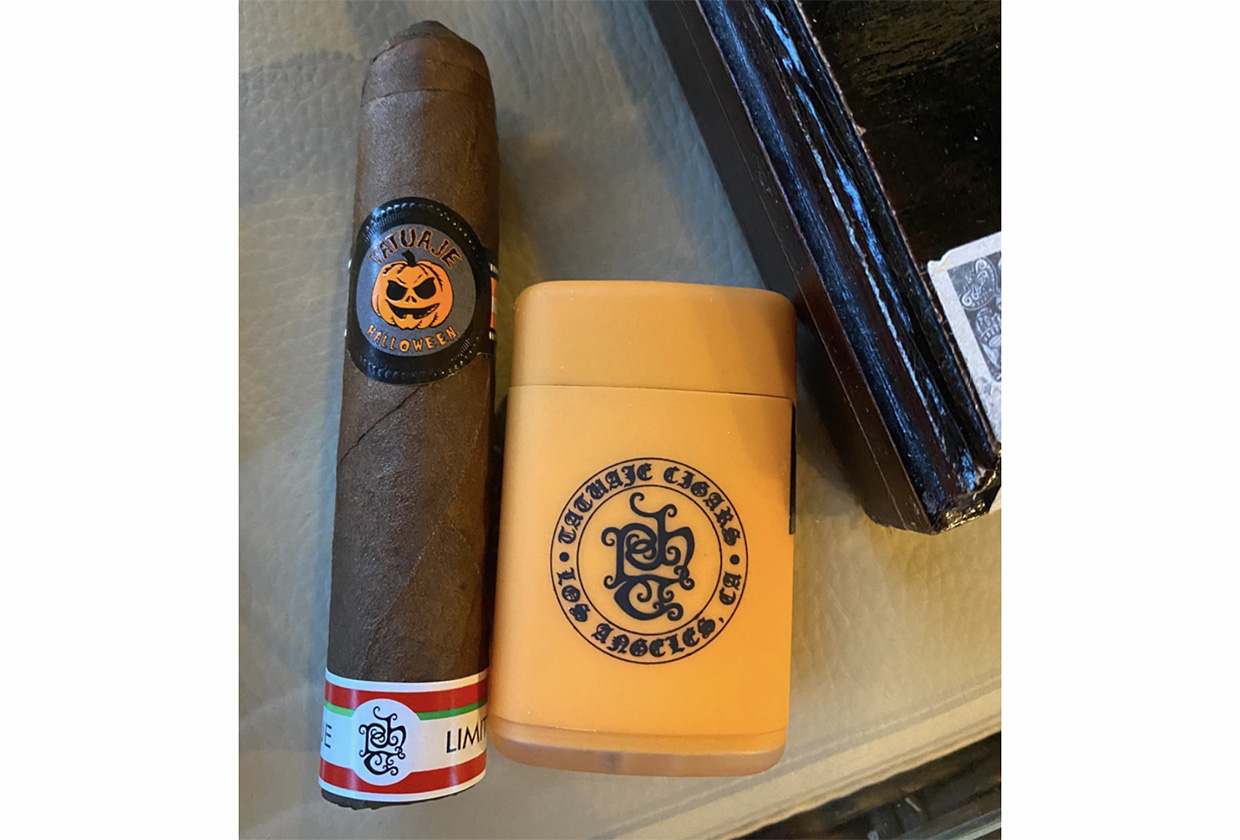 Tatuaje will have a new event-only release coming out this month, the Shrunken Pumpkin.

As the name would imply, it’s a short cigar, a short robusto measuring 4 x 50. It uses a Mexican San Andrés wrapper over Nicaraguan binders and fillers.

Pete Johnson told halfwheel that the cigar will debut in late October during a virtual event hosted by Smoke Inn in South Florida. It will be offered as a sales incentive offered to customers who purchase existing Tatuaje, L’Atelier or Surrogates cigars.

While the cigar has a Halloween theme, it should be available well into the spring, as Johnson said he will be using it for events for “easily the next six months.” He said only a few events that will offer the cigar have been scheduled so far, though more should be added to the calendar. Retailers who are able to host private online events and that have an established history with Tatuaje will be eligible to participate in the program.

He added that only a few thousand cigars have been produced for this project, all coming out of the My Father Cigars factory in Estelí, Nicaragua. While they are packaged in 25-count bundles, consumers will receive five packs as part of the promotion.