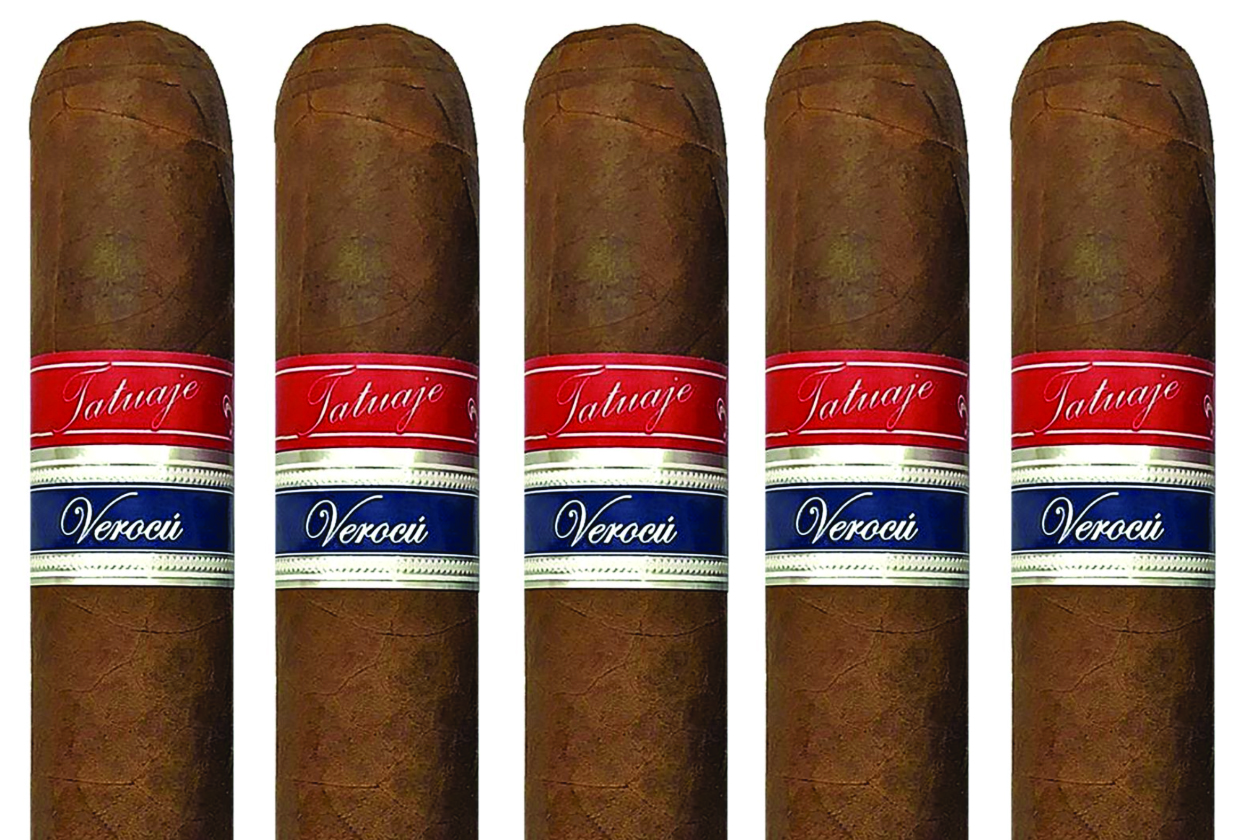 At next month’s PCA Convention & Trade Show, Tatuaje will be showing off a new extension to its Verocú line, the Tatuaje Havana VI Verocú Blue.

Through posts on social media, the company revealed that the cigar is a Nicaraguan puro and will seemingly use a corojo 99 shade grown rosado wrapper. The company called the tobacco “100% family grown,” which would seem to refer to the Garcia family of My Father Cigars fame.

The Tatuaje Verocú line debuted in 2007 as a stronger version of the company’s Havana VI line, using an Ecuadorian habano wrapper over a Nicaraguan double binder and filler. A regular production size, the 4 x 40 Verocú No.5, was added in 2010, with five more sizes added in July 2015.

Update — Shortly after this story was published, the name of the cigar was updated to the Tatuaje Havana VI Verocú Blue per clarification from Pete Johnson.