For 2015, Pete Johnson of Tatuaje Cigars/Havana Cellars announced that he would be creating just five cigars as store exclusives, all of which would be banded under the Tatuaje Exclusive Series header, which has included Tatuaje’s TAA releases as well as numerous other single-store releases and smaller projects.

The first of this year’s releases, the Tatuaje Drinking Age made for the 21st anniversary of Anthony’s Cigar Emporium in Tucson, Ariz., debuted in late April. The second release, the Tatuaje The Rumbo, came out just a few weeks later as part of the 20th anniversary celebration of the Club Humidor chain in San Antonio, Texas. The name comes from owners Keith and Tiffany Rumbo, and together they own five stores throughout the city. 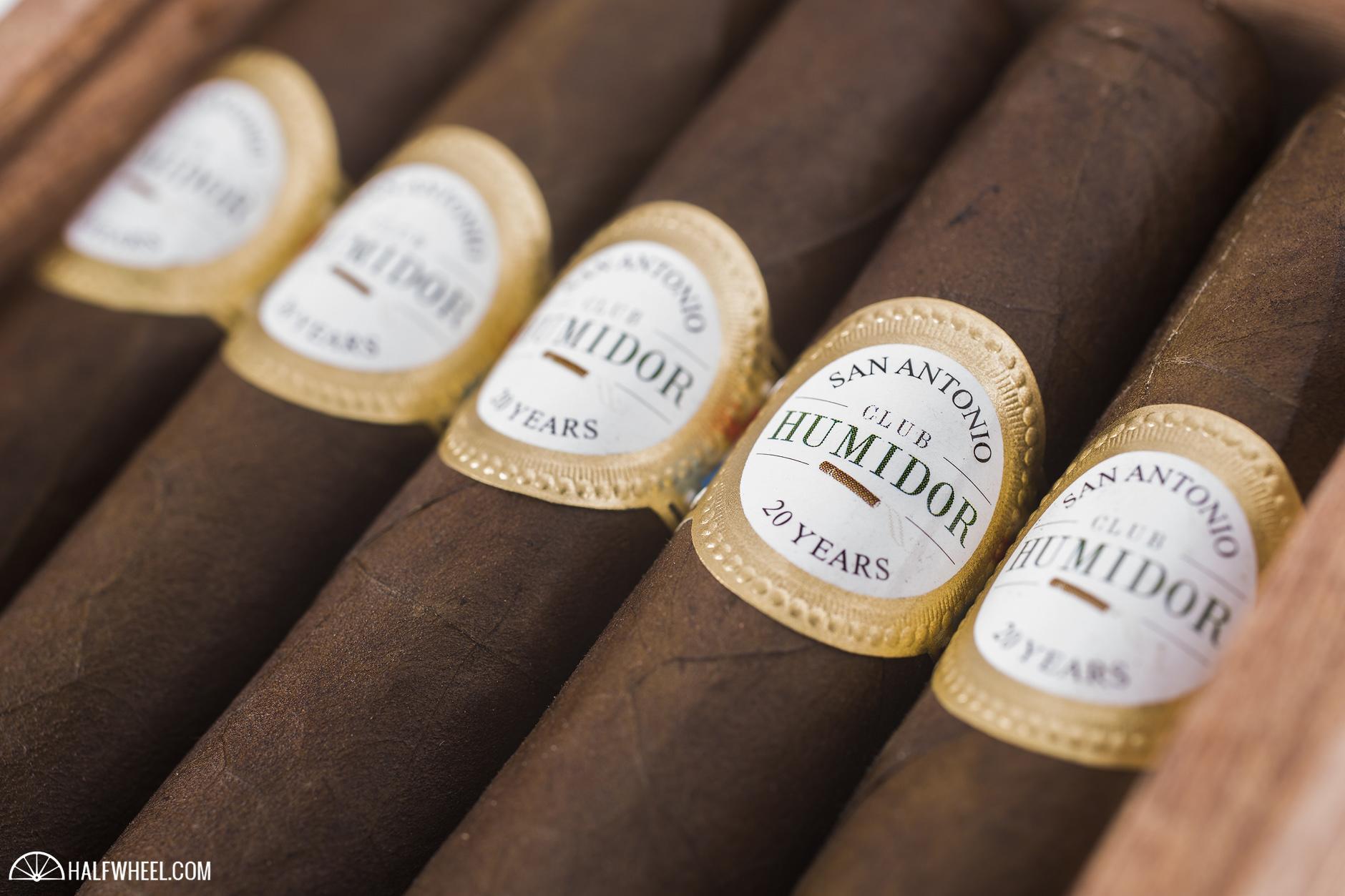 The cigar is one that should be familiar to fans of Tatuaje, at least by its description: a 7 5/8 x 49 double corona with an Ecuadorian habano wrapper that also covers the foot, with Nicaraguan binder and filler underneath. If that sounds like another popular Tatuaje release, it should, as Johnson told halfwheel that the wrapper is the same as what’s used on the Tatuaje Cojonu, a higher priming than what it used on the Tatuaje Brown Label (Seleccion de Cazador) releases, adding that the cigar has a “full” flavor profile. 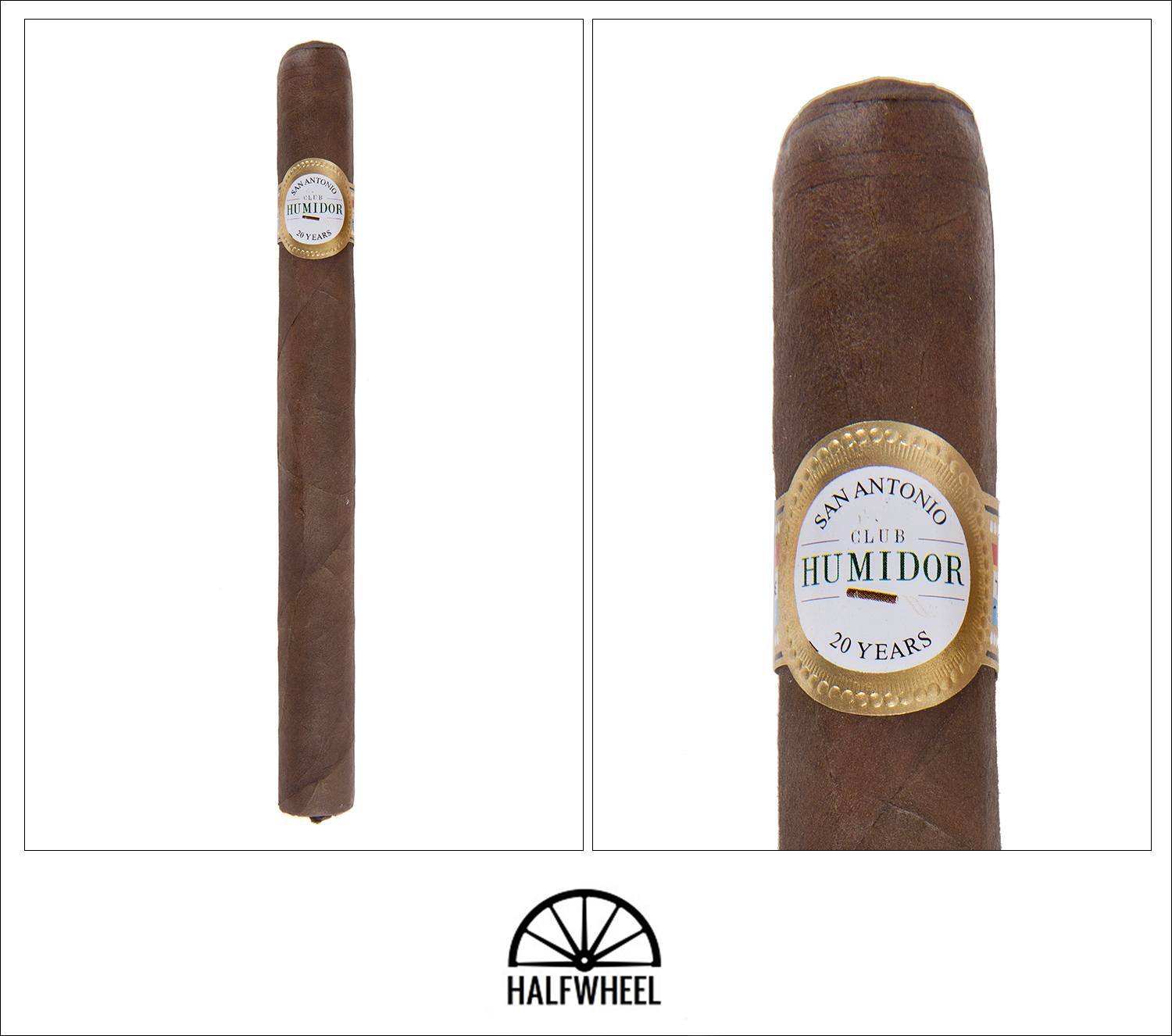 Given that this is a Tautaje in a double corona vitola, my initial thought is to compare it to the Seleccion de Cazador (Brown Label) Tainos, which also uses an Ecuadorian habano wrapper, though without the covered foot. The color is almost immediately familiar, and with the knowledge that its a Tatuaje product, The Rumbo looks that much more familiar. The leaf is a dark brown with a subtle sheen that glistens in the right light, and the gold-outlined band seems to shine that much brighter against this backdrop. It’s a fairly firm stick from head to foot, showing just a slight amount of give with no bumps or soft spots; in fact the only two complaints I have is that there was one cigar where the roll of the wrapper leaf wasn’t perfectly flat, while the ends of the band weren’t generally affixed perfectly straight. The covered foot seems to keep the aromas under wraps, as I’m only able to pick out subtle subtle notes of dark chocolate and coffee bean in the first two cigars—though a brighter version in the third)—while it’s not a very vibrant smell, it is very familiar and enjoyable. The cold draw skews to the firm side and is a touch more complex and lighter than what the nose picked up, with notes of lumber and firewood, some pepper that really hits the front of the tongue, and a subtle, earthy base layer.

The covered foot of the Tatuaje The Rumbo requires a bit more flame than I was expecting to burn through, and then a quick touch-up after I thought I had the first one lit to get things burning evenly. Once it gets rolling, there’s no delay in getting some of the signature habano leaf flavors, with a touch of earth and wood but a pepper that sits on top and gives the early puffs a good bit of character, with the second sample having a surprisingly creamy texture to it. The smoke goes after both the tongue and nasal cavity with purpose and imparts a medium-full bodied sensation that is both balanced and punchier than I initially give it credit for. The first clump of ash falls off pretty quickly, almost immediately after the picture was taken, in fact. It’s at this point when I tend to get an occasional note of chocolate syrup, neither overly sweet or bitter, just thick and subdued. Through the first two inches or so, the burn line has been fairly straight with a slightly tight draw, adequate if somewhat lacking amounts of smoke and a very light gray ash that borders on white at times. There’s a gradual decline in the forward pepper and flavors of The Rumbo heading into the second third, and what emerges is a bit more robust, earthy and almost rough at spots flavor that I’ve come to find in several Tatuaje releases. As Charlie Minato noted in his review of the Tatuaje Black Label Corona Gorda 2013, it’s a refined harshness, one that I can imagine won’t sit well with every palate out there. At times, I even question whether or not it sits right with my palate, though I think with enough experience I’ve come to appreciate just what Pete Johnson is going for with this profile. The burn rate seems to slow down considerably by the midpoint, and the burn line gets just a bit off, though not enough to be too problematic. Heading into the final third, the chocolate sweetness that I picked up earlier on has disappeared completely, leaving a well-blended mix of the deeper and somewhat grittier Nicaraguan earth and pepper with the more vibrant Ecuadorian habano wood and sharper pepper up front. 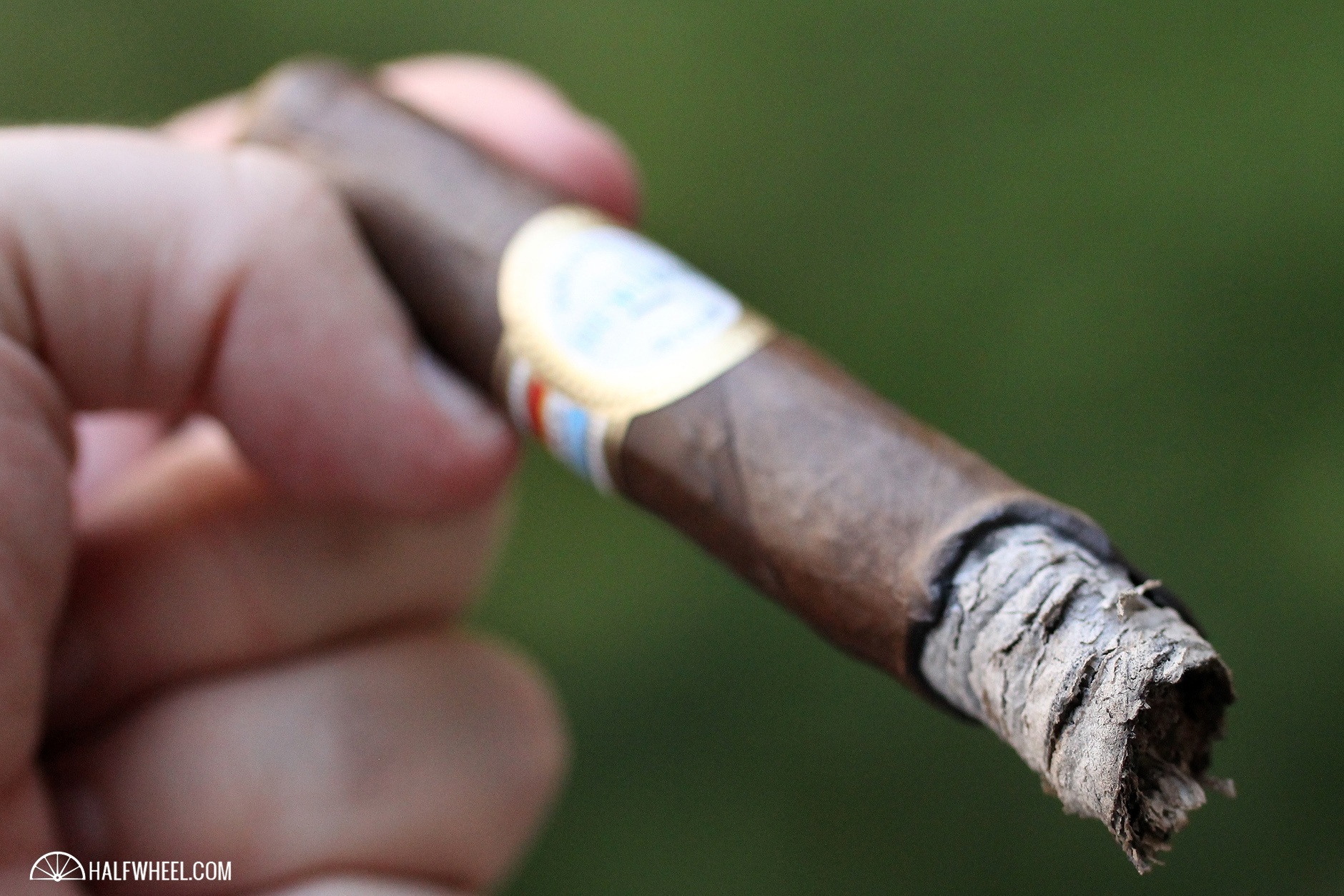 Both of the first two samples showed an incredible slowing of the burn rate coming out of the second third and the start of the final third puts the brakes on even harder. While I’m inclined to let the cigar sit for a bit, it means I need to relight it as The Rumbo simply extinguishes itself. While flavor transitions haven’t been plentiful in a good chunk of The Rumbo’s second half, the final inches see the pepper and earth fade away a bit, leaving notes of slightly damp wood and very mild earth. While it could be certainly be smoked down further, I find myself both satisfied with what the cigar has offered to this point and getting a bit fatigued by the slow burn and a somewhat firm draw and put the cigar down with just about an inch left. While I certainly enjoyed The Rumbo, I kept thinking of a few little things that it was or wasn’t doing that kept me from getting full enjoyment out of it: the burn could have been a bit faster, the draw a bit less taxing, the “harshness” a bit less harsh, and each of these chipped away at the score this cigar got. This is a cigar that is close to being great—or at least very good--in so many ways, yet just fell a bit short of crossing into that realm. I don’t think Tatuaje fans with ready access to these cigars or the willingness to pick up the phone and order a box will be disappointed, though I think I’m going to stay with the seemingly always reliable Brown Label Tainos as my preferred double corona from Tatuaje.