Released around Halloween every year, the Tatuaje Monster Series is one of the most anticipated cigars on the market. Each year, a different classic movie monster is immortalized with a different release, box and cigar being representative to the monster it is named after.

From left to right, here are the different boxes and cigars in the Monster Series so far.

For the newest release, The Face, Pete Johnson of Tatuaje Cigars chose a very different look to both the box and the cigar itself.

As with The Frank, only 666 Dress boxes with 13 cigars each will be produced and sold through 13 different Tatuaje retailers. However, new this year, Johnson is also releasing 1,300 plain boxes of 10 that read, “Tatuaje Halloween 2010 No. 3.”

The Wolfman is rumored for 2011 Monster Series, my idea for a nickname? Wolfie. According to reports will most likely be a torpedo with a shaggy foot.

Another interesting fact about the The Face blend is the fact that it uses a Mexican wrapper ,albeit a seco priming, which is why the color is lighter. While this is not the first time Johnson has used a Mexican wrapper on a cigar, that would be the Outlaw, it is certainly an interesting choice for this specific blend.

It has a Mexican wrapper. We don’t use a high priming; it’s a Seco leaf, so the shade is more like Café Rosado color. But gnarly-looking! The crazy thing about Mexican wrapper is that when it’s drying out, it’s almost like the oil pockets [in the leaf] explode . . . and turn white. When we went through the production, a few thousand sticks had these white spots all over them; those cigars look perfect for The Face, but Jaime and Pepin don’t want to put them out on the streets. I liked it, because I thought it fit perfectly for Leatherface, but they re-wrapped a bunch of them. But I told them to keep some of the ugly ones, because I liked it.

Like the last two Monster Releases, the box for The Face is quite a sight to behold. Made of a red-colored wood, each box is extremely rustic looking with cuts, gouges, nicks and red blood, which I assume is paint of some sort, splattered all over it. Honestly ,I would have thought there would be more blood on the box, considering the movie. Interestingly, the aforementioned details on the box are unique to each and every box. The cigars inside the box are covered in brown paper and are wrapped with a piece of burlap instead of a ribbon. 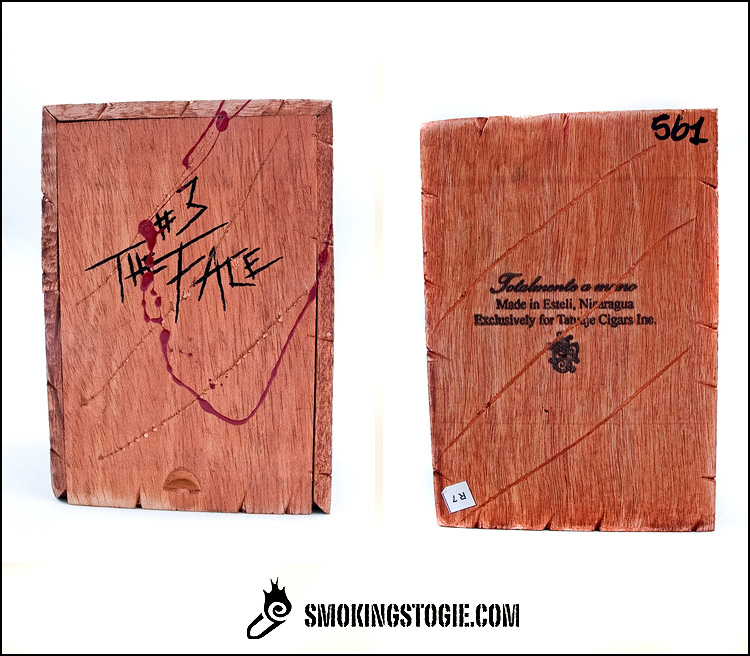 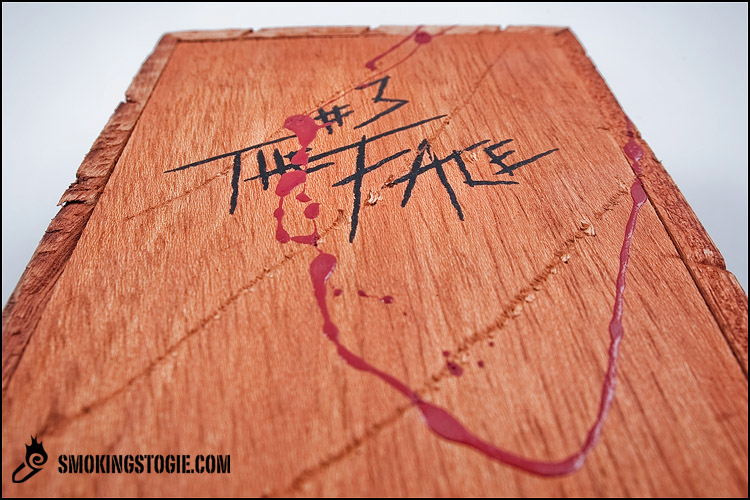 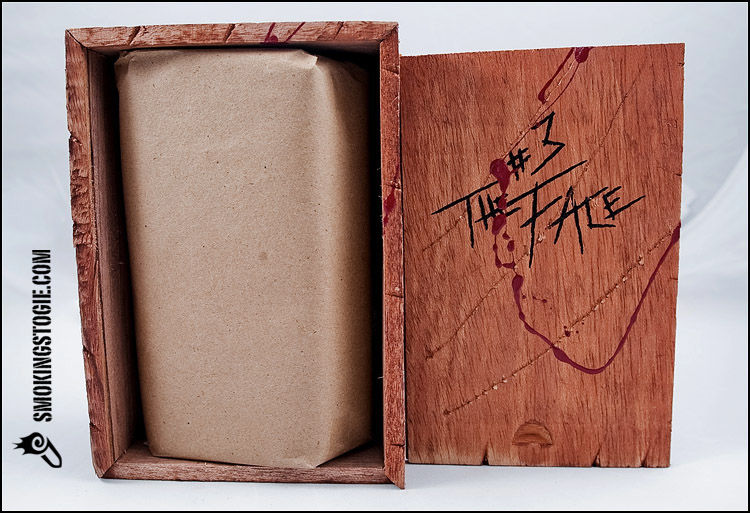 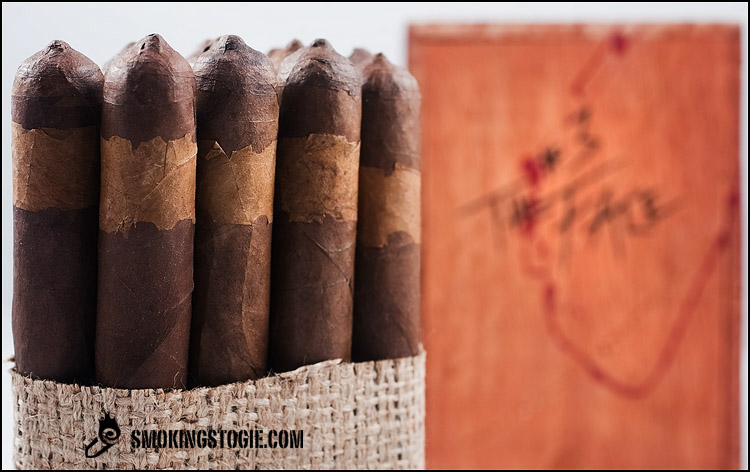 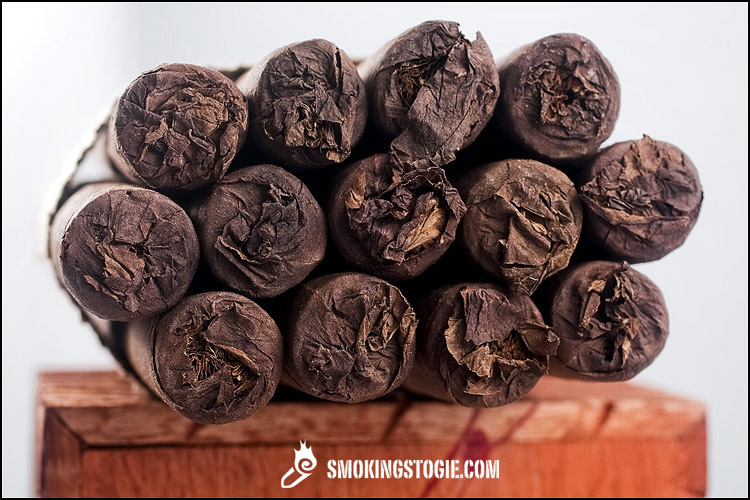 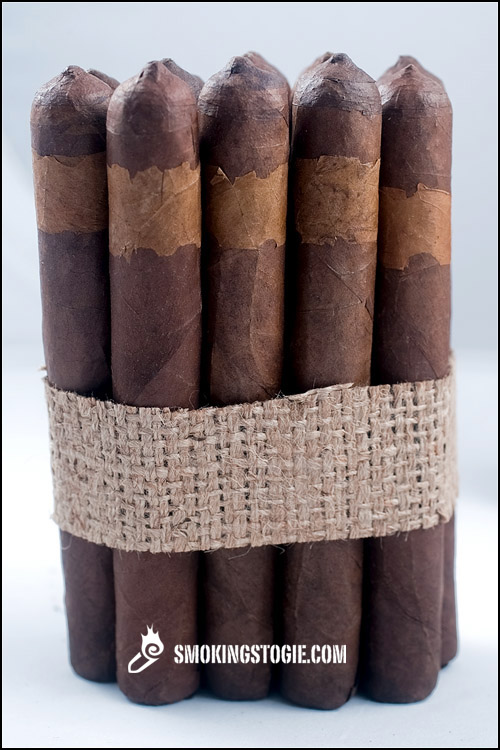 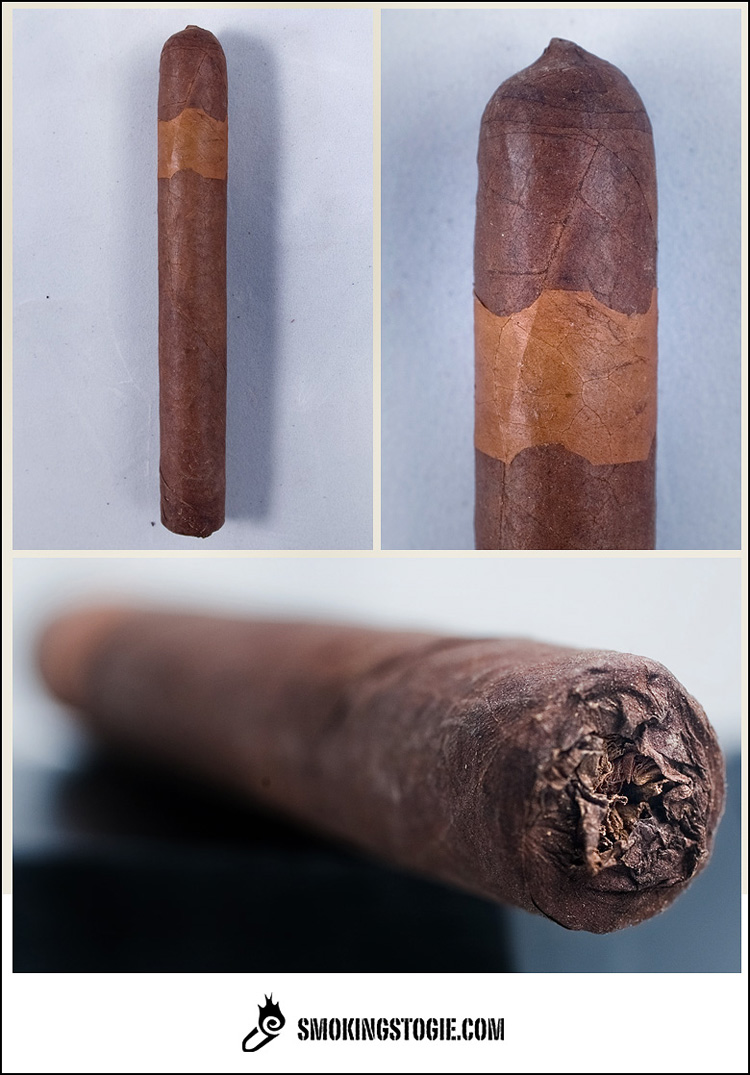 The first things you notice about The Face is the fact that it is a huge cigar and the lack of an actual band. The band that is used is actually a piece of Ecuadorian Connecticut tobacco that is added after the cigar has been rolled.

As I said, it is a physically large cigar and quite weighty in your hands. The foot of the cigar is covered and there is a bit of a bump on top, reminding me of the Tatajue Corona Gorda. It is also very firm when squeezed, but not quite what I would consider hard. The wrapper is a lighter milk chocolate brown color, fairly rustic looking, but also very smooth to the touch and smells faintly of tobacco, sweet chocolate and a bit of pepper. It does seem to be a bit fragile, despite its toothless.

The first third starts out quite differently than a normal Tatuaje with just a bit of spice on the tongue, a nice tobacco flavor and some cedar and sweet earth. It’s quite mild, and takes about 10 puffs to get going, but the flavors seem to get stronger as the progresses.There is also a wonderful sweet undertone, no doubt due to the Mexican wrapper that is quite nice. Having said that, it is a fairly boring first third and I was wondering if there was going to be any more to the cigar. 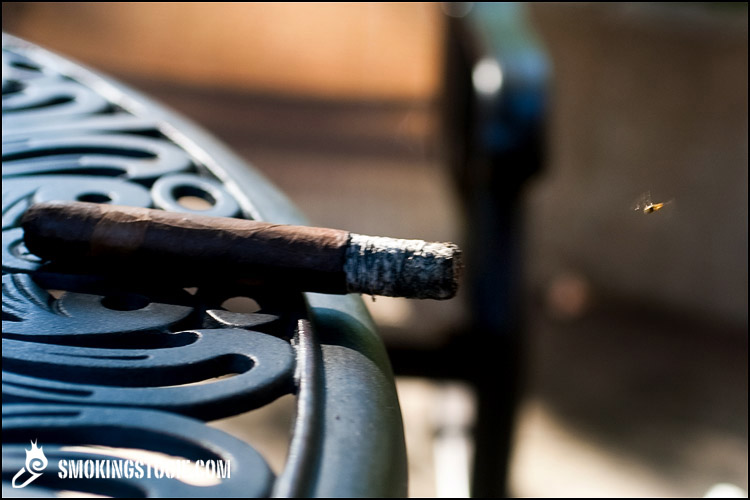 The second third starts with the cigar obviously getting stronger, fuller, and more distinct. I detect more sweet chocolate, as well as a nutty note, earth and cedar. Still not much pepper or spice, but the cigar just keeps getting better and better as it progresses. 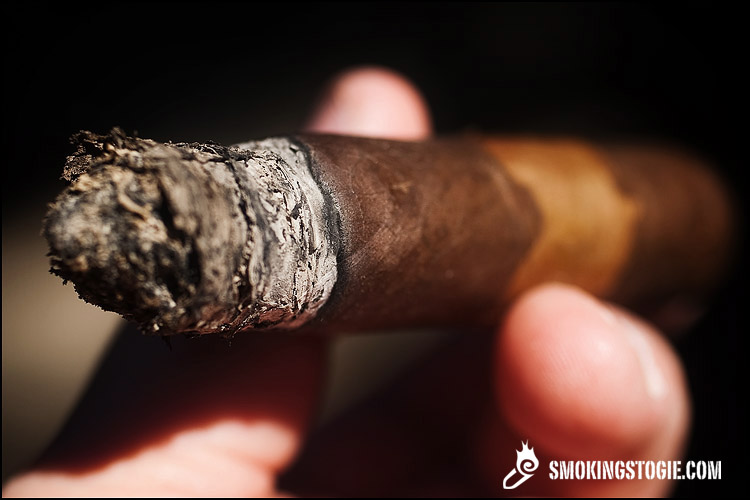 The final third is where this cigar made its mark. The strength ramps up quite a bit, surprising me with its aggressiveness and the flavors seem to combine into a wonderful, complex soup that is just a joy to smoke. The spice picks up as well, adding an extra dimension that was missing for the first two thirds, and combining perfectly with the sweet undertone to really set off the flavors of nuts, raisins, chocolate, licorice and wood. Honestly, I was surprised at the complexity of the last third of this cigar, thinking that I had it figured out. I really did not want it to end, it was just an amazing ending to an otherwise fairly boring cigar. 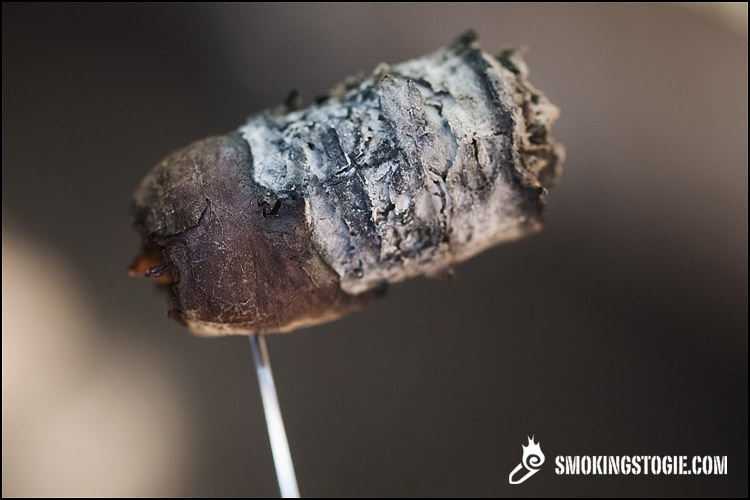 As I was smoking the three cigars for this review, I kept thinking of the Sour Patch Kids' commercials, the one where it says “sour, then sweet.” To me, this cigar was like a reverse Sour Patch Kid. Instead of strong and then sweet, it was sweet, and then strong. Honestly, I think quite a few people are going to be surprised at the choice of profile for this cigar, especially considering what the Monster Series is supposed to represent, and who it was named after. Although it is a strong cigar, it is not overwhelming by any means and honestly, the strength adds a much needed aspect that was missing for the first half of the smoke.

The question you are probably asking: is The Face better than The Drac? Yes, a thousand times yes. But it is not better than The Frank—or the Boris for that matter—at least not yet, although I am interested to see how they age, especially with that strength to factor in. A good, solid cigar for the first two thirds and a great cigar for the last third.

And if you are wondering, how can you say The Face is better than The Drac when your review of The Drac was full of so much praise? The answer is the prerelease version of The Drac I smoked for the review was a far superior smoke compared to the regular production release.