Pete Johnson of Tatuaje has begun teasing the release of two new sizes for the Tatuaje Escasos Collection, a Robusto Especial and a Toro Especial. 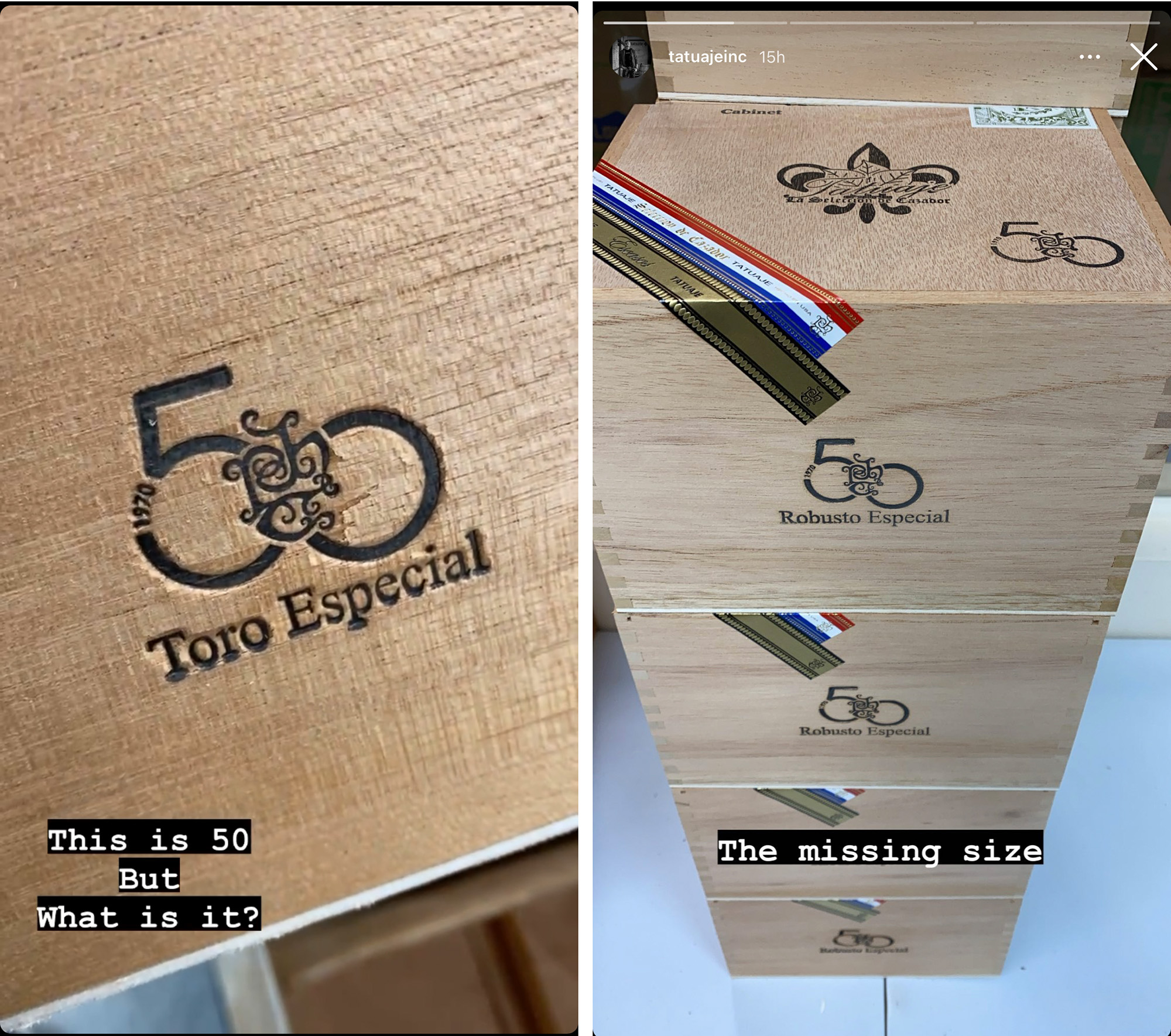 Johnson has so far kept details about the cigars under wraps, though he told halfwheel that they won’t be released for some time as he is letting them undergo aging in their boxes. Those boxes are also notable, as they bear a new logo created as part of Johnson’s 50th birthday this year. But as for what “some time” means, Johnson has yet to say.

The Tatuaje Escasos Collection is a collection of limited production, Miami-made Tatuaje cigars, fitting as the name of the project gets its name for the Spanish word for scarce. It came to light in October 2018 and represented a bit of a return to Tatuaje’s roots, though My Father Cigars moved its factory from Calle Ocho in Miami to a new facility in Doral. The Escasos Collection includes cigars such as the Petite Église and Clos L’Église, as well as the Tatuaje Gran Cazador and Gran Tatuaje.

Correction — Shortly after this article was published, Pete Johnson informed halfwheel that he had changed the wrapper leaf on the Tatuaje Escasos to a Nicaraguan corojo 99 shade wrapper, and that any cigars from a box dated April 2020 or later will have that leaf, including the two new sizes. The project had originally been launched with an Ecuadorian habano rosado claro wrapper, which is what was referenced in the original version of the story. He added that the new Nicarguan corojo 99 wrapper and the previous Ecuadorian habano rosado claro use the same color selection.

We apologize for any confusion.