Tatuaje Tattoo Returning In May (Update)

If you have been to a recent event with Pete Johnson, you might have seen a new cigar with a red band. The cigar is the Tatuaje Tattoo, a new line from Johnson which is set to debut in May in the form of a 5 x 50 robusto. Three sizes will be added at the 2014 IPCPR trade show and convention in July: a 6 x 50 toro, a 6 1/8 x 52 torpedo and a 5 1/2 x 58 toro grande. The project emerged last month with hints that it would be priced lower than many of Tatuaje’s offerings. That will be the case as Johnson told halfwheel it will range from $5-6.50.

The cigars are made at the Tabacalera Cubana (TACUBA) factory in Estelí, the first Nicaraguan factory used by José “Don Pepín” García before he and his production moved into My Father Cigars S.A.

It’s not the first time of late Johnson has used the lesser talked-about García factory. El Suelo and Trocadéro, two value-priced brands under Johnson’s L’Atelier Imports introduced in 2012, are made at the factory as well.

This is also not the first time Johnson has made a Tatuaje Tattoo. In 2007, Nicaraguan Imports, a company better known as Cuban Crafters, filed a trademark for the word “tattoo” in the cigar and cigar accessories category. Johnson argued that it was too close to his use of Tatuaje, Spanish for tattoo, and the United States Patent and Trademark Office Trademark Trial and Appeal Board eventually agreed with him.

In March 2011, before the legal matters were finally settled, Johnson released the Tatuaje Tattoo, a box-pressed version of a the Brown Label Especiales packaged in bundles with the word “Tattoo” on the band. The idea behind the box-pressed lancero was in the works since 2010, but Johnson admitted the cigar was sold in bundles to get it onto market quicker. 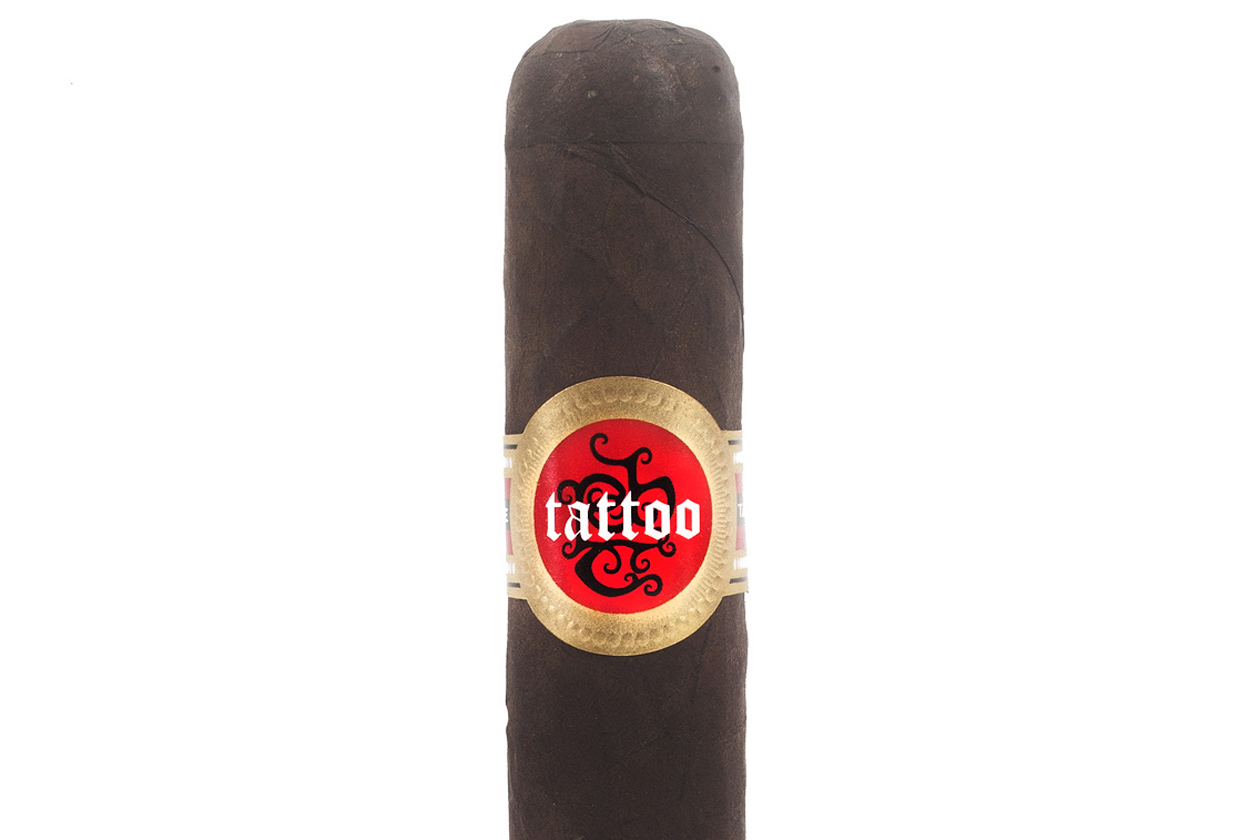 “Originally they were going to come in boxes but only 100 boxes were finished so they are being sold in bundles of 15 to start,” said Johnson at the time. “Each year I will be releasing a cigar with this band in small quantities just to protect the mark.”

That did not happen as there was no Tattoo in 2012 or 2013, although he filed for the trademark last July.

Update (April 8, 2014): halfwheel has learned that the robusto vitola will officially be called the Tatuaje Tattoo Caballeros and will come with an MSRP of $5.00 per cigar. It will be packed in fifty-count boxes with an MSRP of $250.00. It is expected to arrive at retail as early as late April or early May.