As the saying goes, there are few certainties in life, death and taxes being the two exceptions. However, over the last eight years, the idea of an exclusive cigar from Tatuaje for the Tobacconists’ Association of America (TAA) has been about as close to a certainty as you can get. 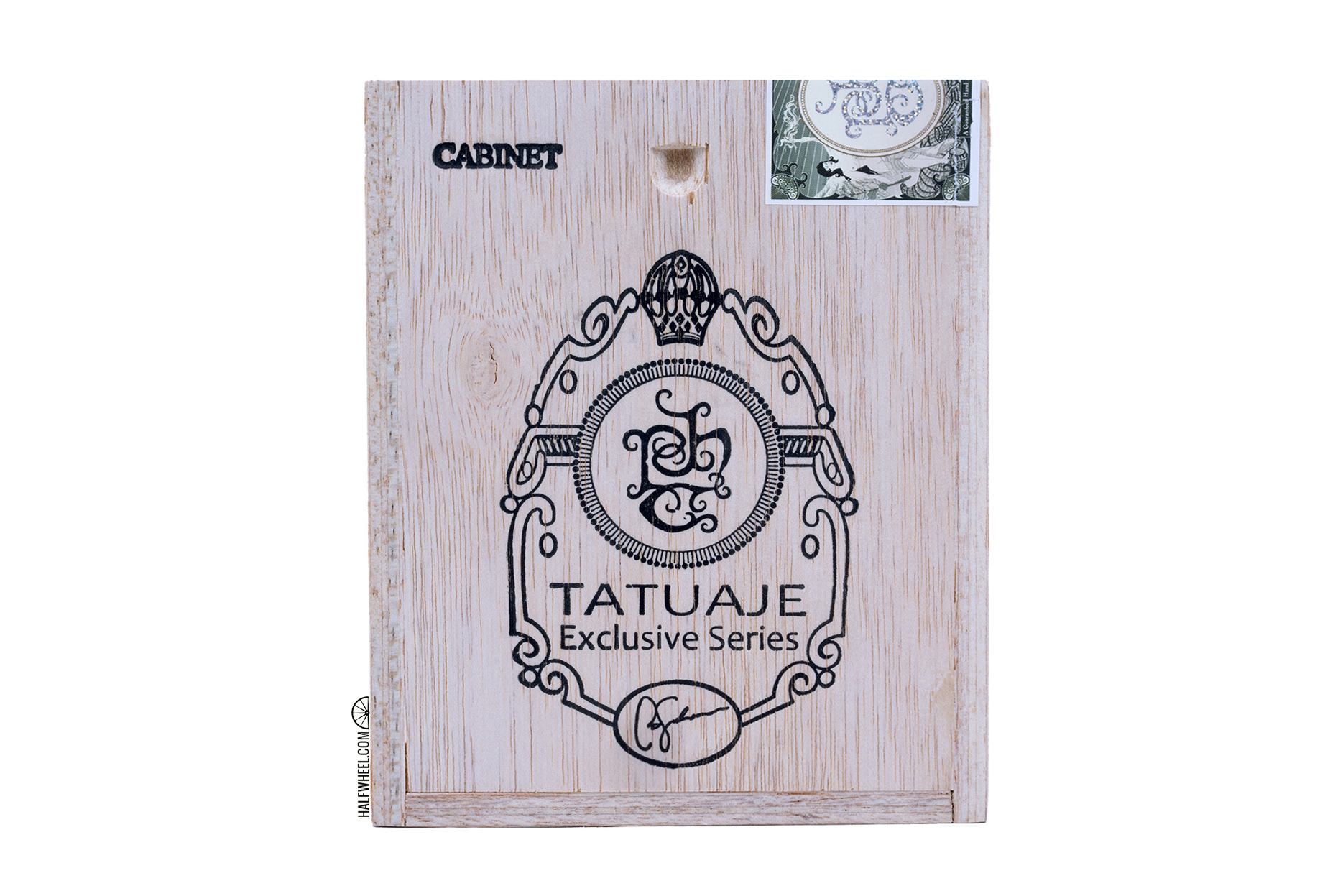 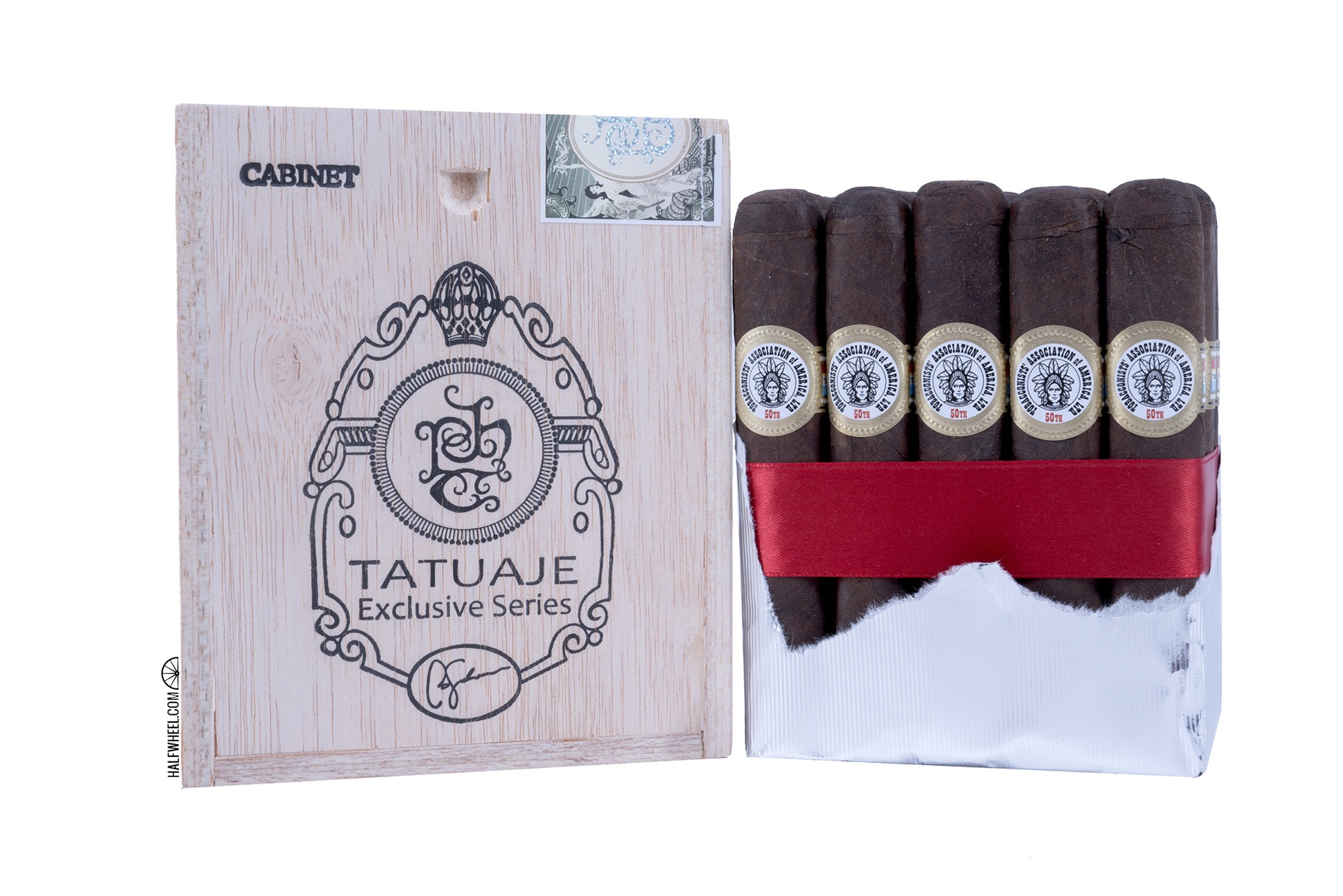 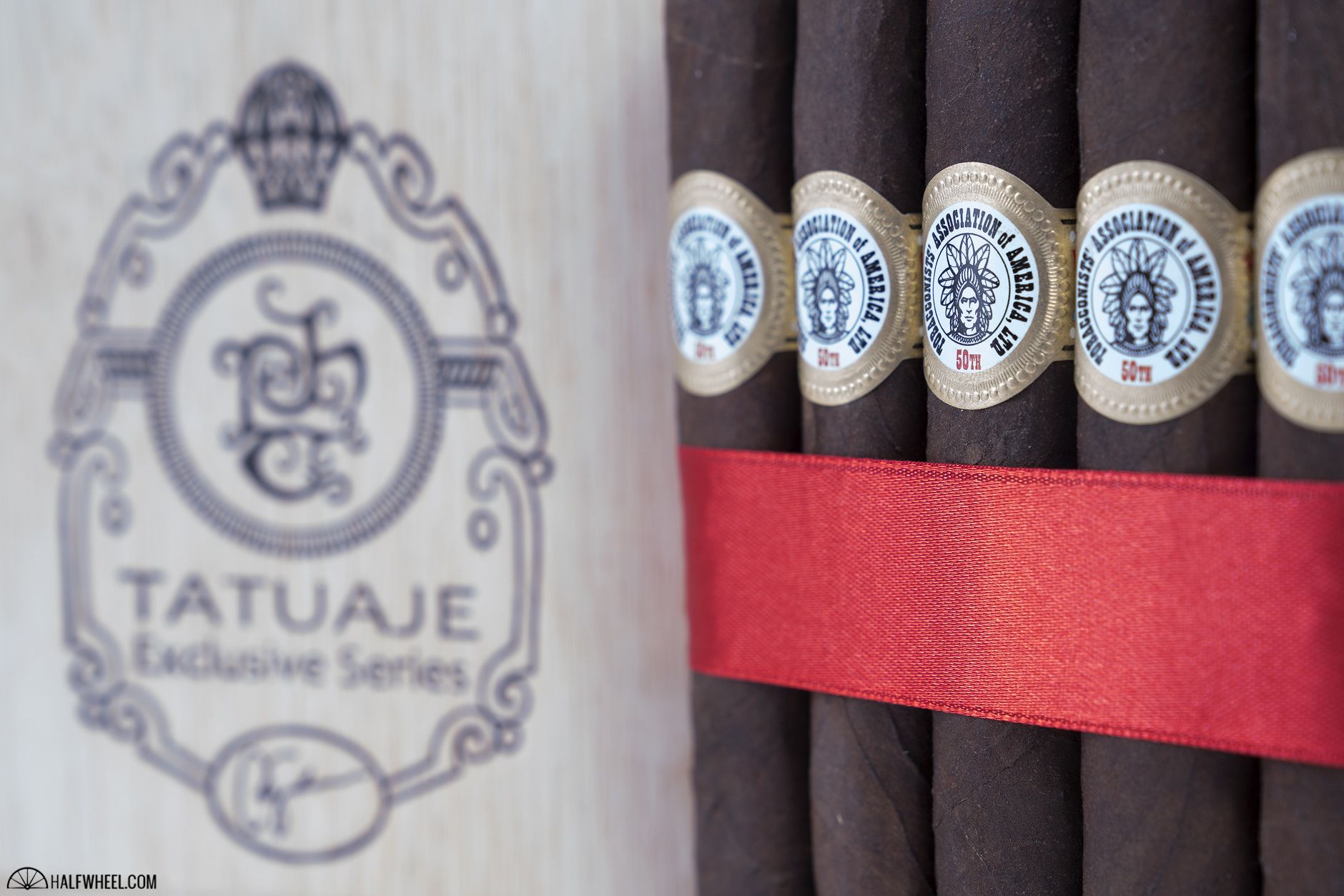 For the 2018 release, Pete Johnson also chose to recognize the TAA’s 50th anniversary, forgoing the inclusion of the year and simply calling the cigar the Tatuaje TAA 50th. It’s a 5 x 52 box pressed robusto with a Nicaraguan binder and filler that is produced at the My Father Cigars S.A. factory in Estelí, Nicaragua. With the exception of 2013’s release, they have all featured a Connecticut broadleaf rosado oscuro wrapper.

The cigars began shipping in May, ahead of what has generally been a release schedule that has fallen between June and September. It was the second of this year’s TAA releases to ship, following the CAO Estelí, which shipped several months ahead of schedule, and just preceding the Eiroa First 20 Diadema TAA. 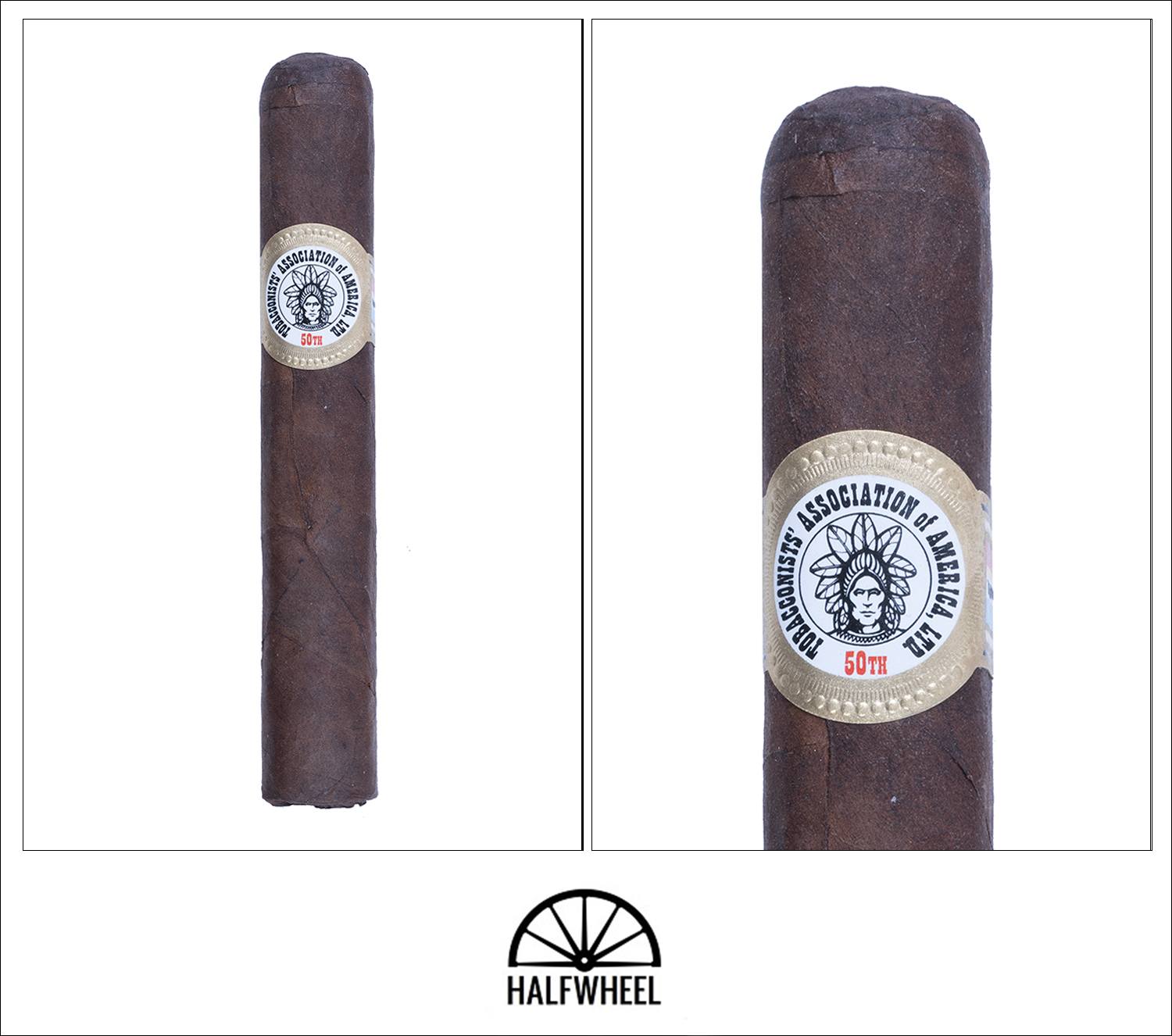 The Tatuaje TAA 50th is a dark, almost rustic looking cigar due to the Connecticut broadleaf wrapper it wears. The somewhat dry wrapper has a few spaced out veins, with a bit of crystallization that only appears in the right light. The firmness is textbook box-press, generally even from head to foot, with just a bit of give left over from the process. The covered foot has a bit of sweet earth but can also come across rather nondescriptly, smelling like generic tobacco in one sample. The cold draw is smooth and just a touch firm, with a bit of black cherry and pepper mixed with cake donut and earth.

Given the covered foot, the Tatuaje TAA 50th packs a bit more strength and flavor at the start by way of the wrapper, which has a good amount of earthy pepper but not much in the way of overt sweetness out of the gate. The cigar also makes it known that a multi-puff technique is not a smart move, as the flavor quickly turns waxy with sour chalk that throws things off course. The retrohale has some subtle pepper that tingles the nose without being too punchy, and through the first inch I’m inclined to call this medium to medium-full in both flavor and strength. 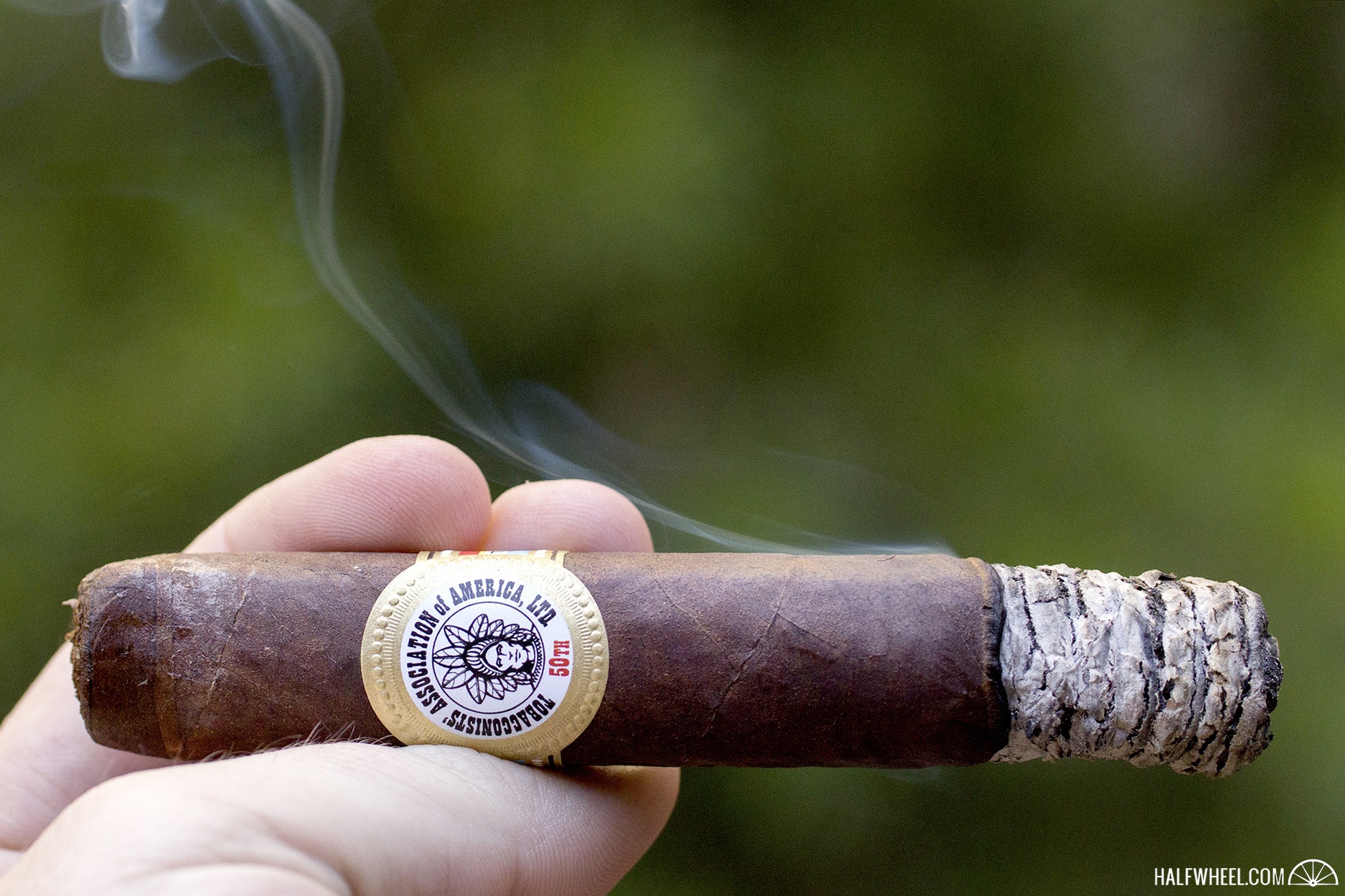 I find myself entering the second third of the Tatuaje TAA 50th to come alive with flavor and complexity, but just like my wishes to win the lottery, neither has happened yet, at least in any appreciable amount. In two of the three samples, I find it to be a surprisingly flat cigar, yet the earthiness does an admirable job coating the tongue, while pepper scores higher marks through the nose. The third sample has a bit more vibrance, particularly when focusing on the retrohale, which is quite earthy and peppery. While that generally dominates on the tongue, there are some traces of woods and minerals, which seem to add a slightly sour kick to the profile. The back half of the second third sees the flavor get drier and sharper, with the pepper developing a focus on the very tip of the tongue. Approaching the band, the cigar has performed almost flawlessly, not needing any sort of touch up while producing plenty of smoke without any feeling of being labored. 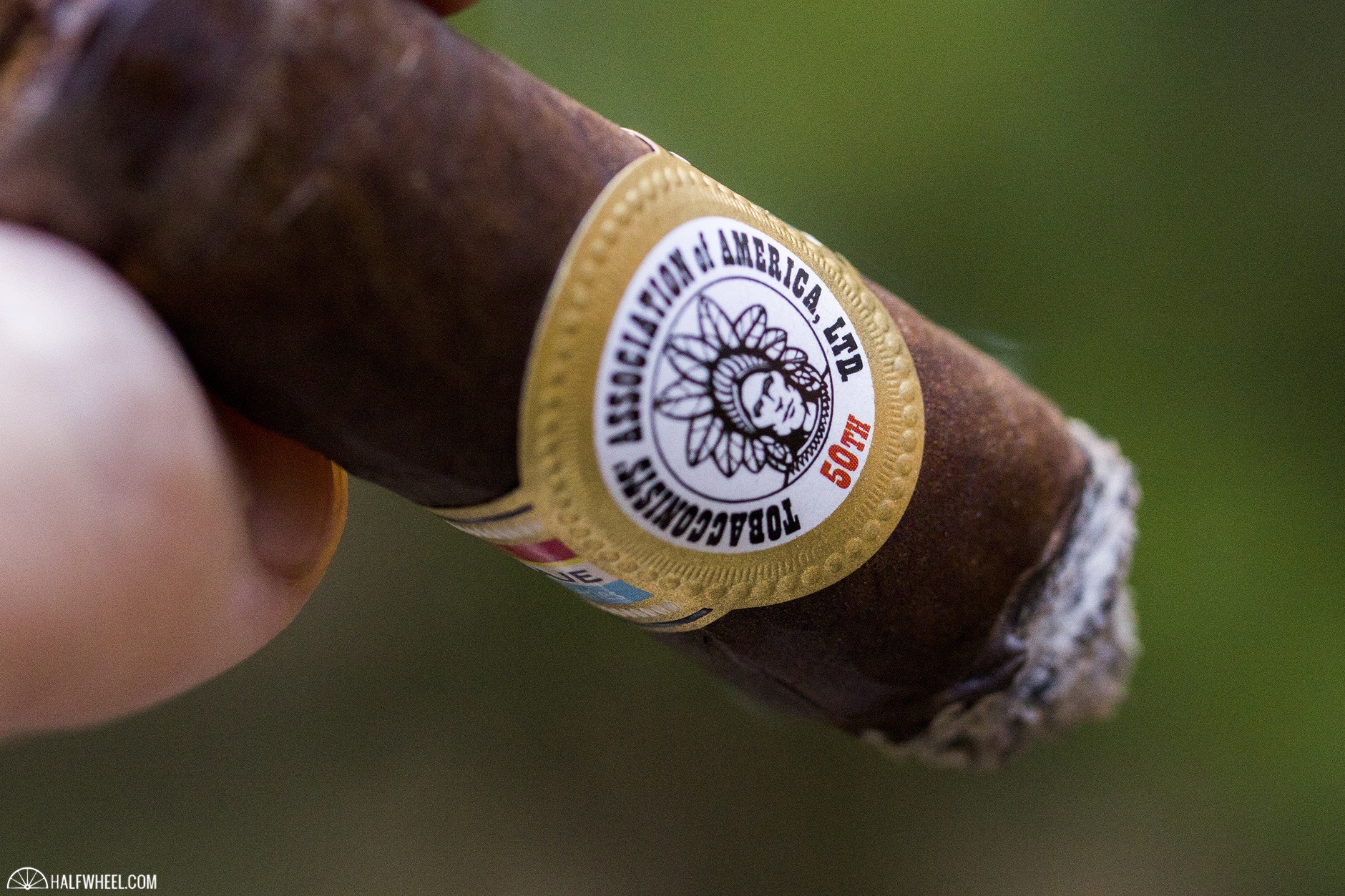 The final third doesn’t start with much change, as it’s still incredibly earthy with absolutely no sweetness to be found, with some of the metallic notes in one sample hanging around. There’s a bit of pepper which still works the front half of the tongue as well as the nose, with retrohales almost imperative in order to have any hopes of getting something meaningful in that department. The back half of the final third sees the flavor get a bit dirtier and rougher, and the finish becomes more pointed on the front half of the tongue, though it doesn’t linger overly long. The draw and burn are both very good, and I haven’t had the need to grab the lighter since the initial toasting. 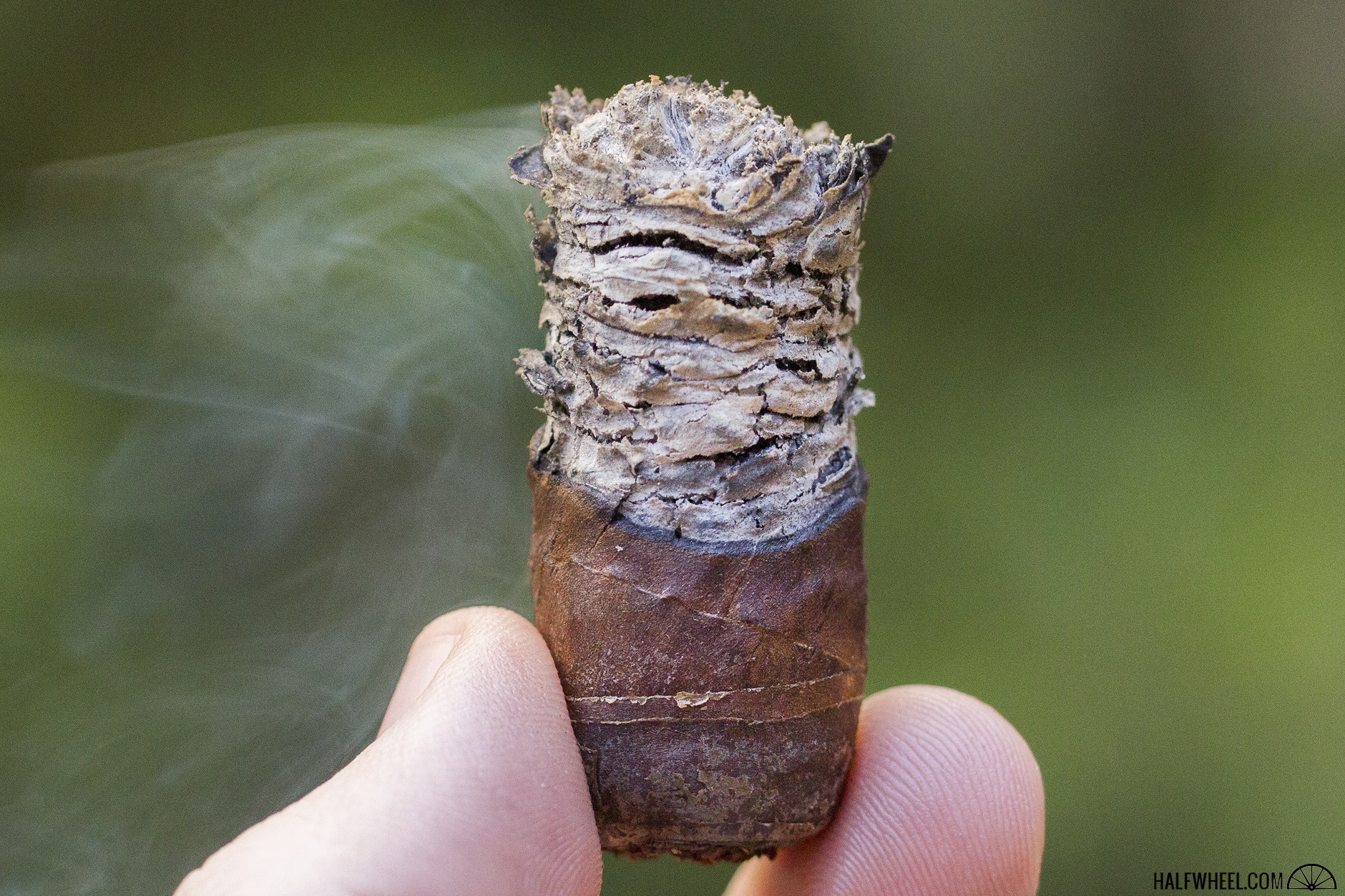 While there's nothing inherently wrong with the Tatuaje TAA 50th, I found it to be a bit on the boring side, with two of the three samples providing little to write about as far as flavors, complexity or progression. The third was a bit more vibrant, but it came with the cost of some increased metallic harshness and a more pronounced bit on the tip of the tongue. These may very well turn into something quite good with some time, and there is no doubt I'm hopeful that they will, but for now, there are much more engaging cigars in the Tatuaje portfolio that I'd pick up before the TAA 50th in its current state.