For the sixth year in a row, Tatuaje has released a TAA exclusive cigar, and this year it’s a return of the 2012 version.

For those who might have missed it, the Tobacconists Association of America (TAA) is a group for tobacco retailers, and one of the things that some manufacturers have done to motivate joining, is to offer TAA only releases to the retail members. When Pete Johnson originally started the yearly TAA release, he had planned on a different blend each year, but with the exception of 2013, each year has been instead the same blend, but mostly different sizes. 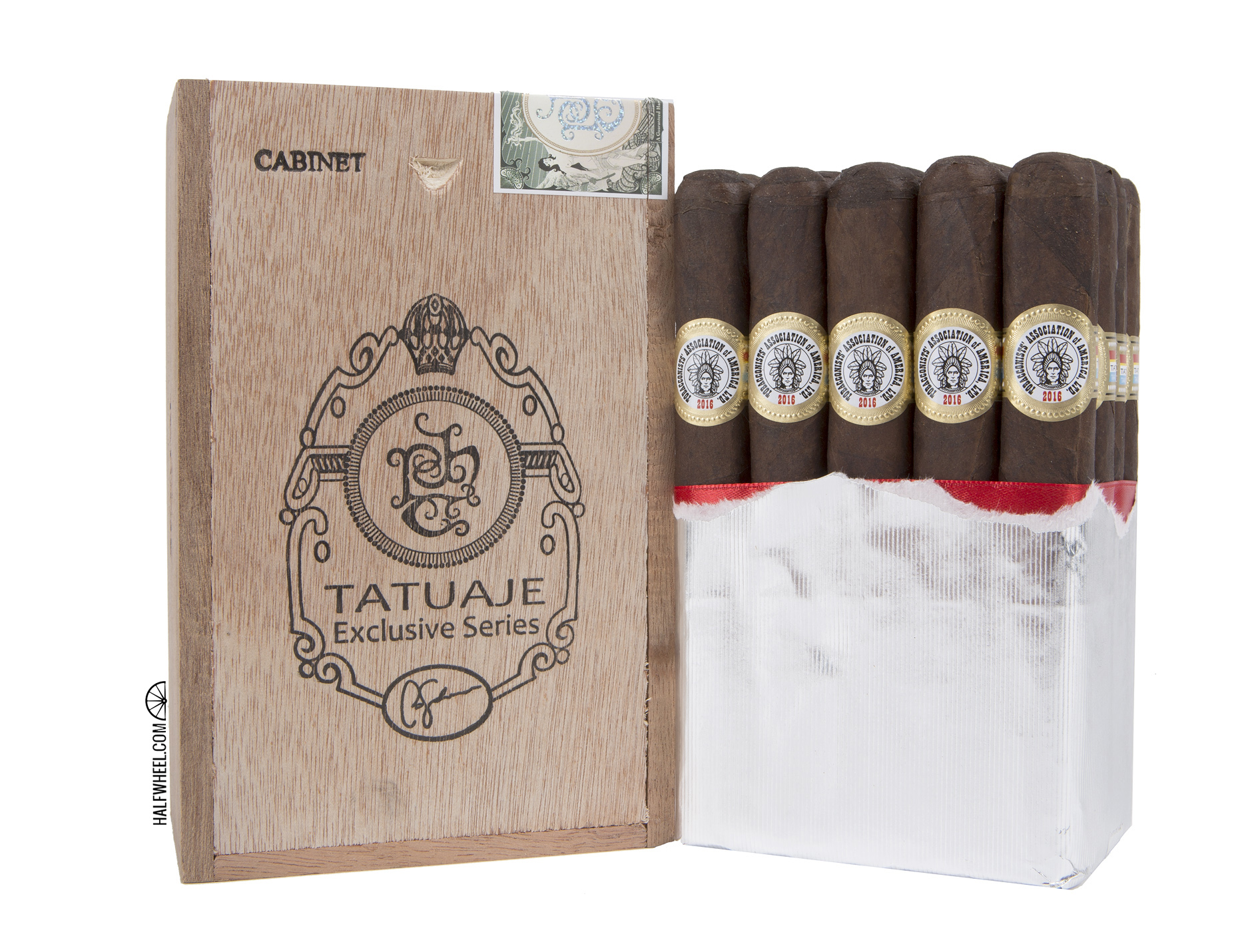 In 2015 however, Johnson revisited the original 2011 size, and then this year he revisited the 2012 size. With six releases and four different sizes, this is the Tatuaje TAA lineup. As is to be expected, the Tatuaje TAA’s Connecticut broadleaf is quite dark, slightly rough with a few prominent veins, and quite oily feeling. There is very little give overall, being quite firm from head to foot. Coming off the wrapper is a strong, rich barnyard aroma of earth, leather and some damp hay. The cold draw is much sweeter, with chocolate, spices, a bit of pepper, earth and some rich fruits.

Starting into the first third there is a strong pepper note that dominates the entire profile. Very rich earth, fresh ground dark roasted coffee beans and some chocolate cookie come in strong enough behind the pepper though, that they’re all distinct and separate notes. Starting out, the burn was a bit wonky, though it evens itself up mostly and doesn’t required a touch up. The ash holds quite well to around the inch mark, but is slightly flaky, making a bit of a mess on my lap. The profile has settled down slightly with the pepper dying down a little, though the earth, coffee grounds and chocolate notes are still quite prominent. The second third continues with much the same flavors, though in slightly different ratios. Pepper has calmed down to more of a background note, while the coffee and earth have grown slightly. Chocolate cookies have turned into more of a cocoa note, while baker’s spices have shown up in a bold fashion up front. While the burn has mostly regulated itself, it did finally leave a large enough section behind that I felt it needed a touch up. The ash has become slightly more dense, not flaking off anymore, though it still holds to right around the inch mark. It seems the flavors have settled into somewhat of a routine now, all sticking around basically the same strengths. Spice leads the group, with coffee, earth and cocoa in the middle, then the pepper bringing up the rear. 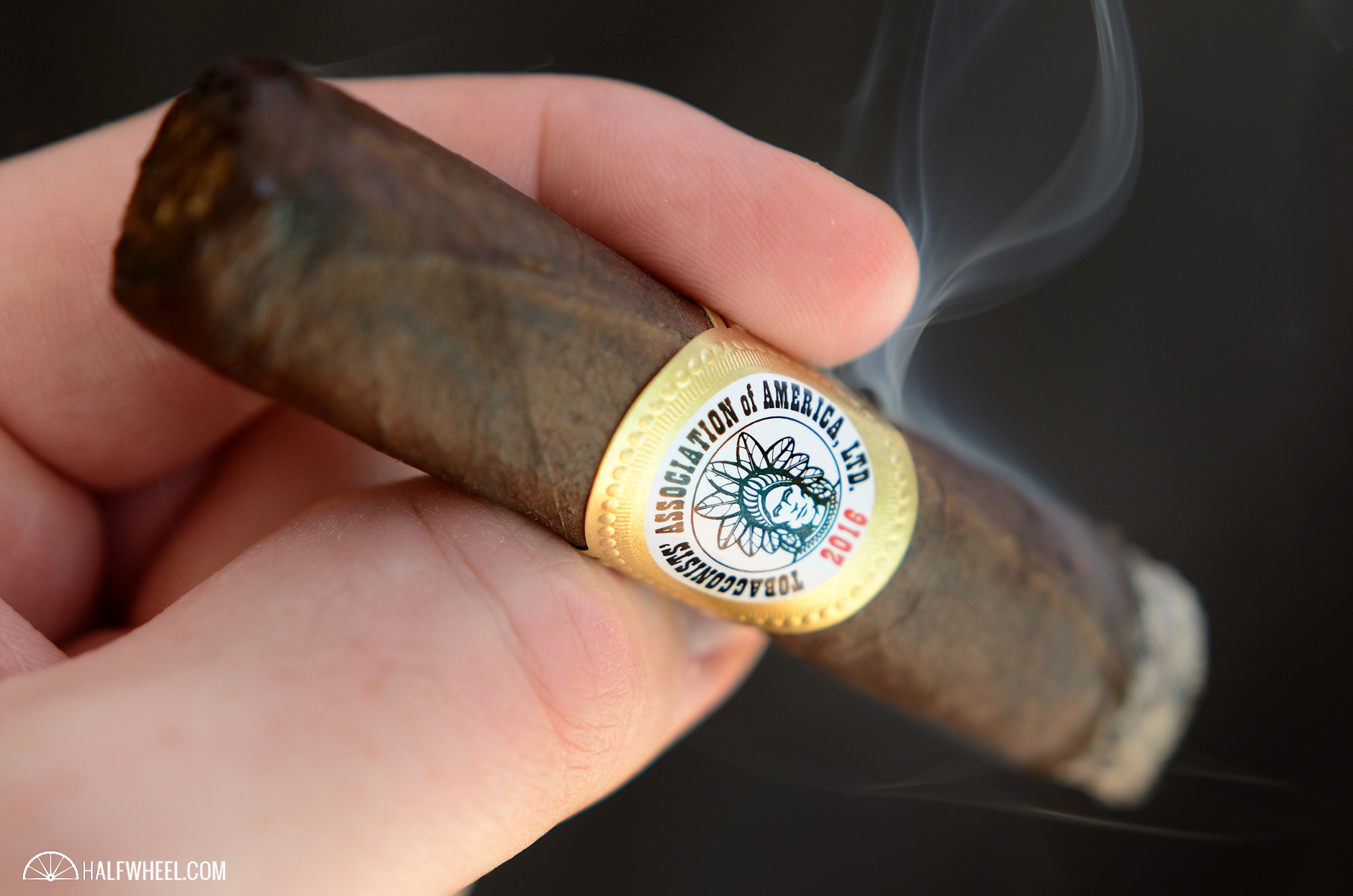 The final third doesn’t see any change, with the same spice, fresh coffee grounds, sweet cocoa and pepper making up the profile. The burn has returned to a mostly even affair, not exactly a sharp, even burn, but certainly not anything that requires intervention on my part. As I near the end of the cigar, it continues to burn slow, cool and smoothly, allowing the flavors to shine all the way to the end and not get muddled or harsh. The first question I think most people will have, is of course “is it better than the other sizes?” and that’s a difficult question to answer. The blend seems to shine in every size Johnson has released, never dropping below the 91 mark since 2011. Personally I think I might prefer the 2015 version slightly better, simply because I don’t remember needing any touch ups on that one. Flavor-wise, the 2016 version is just as good as you’ll be expecting, with a rich profile of flavors that mesh together very well. So whether you have most of a box of 2015s left over or you’re fresh out: go ahead and pick some of this year’s release up. Compare it to the previous years or just keep smoking a tried and true blend. Either way, it’s a win in my book.