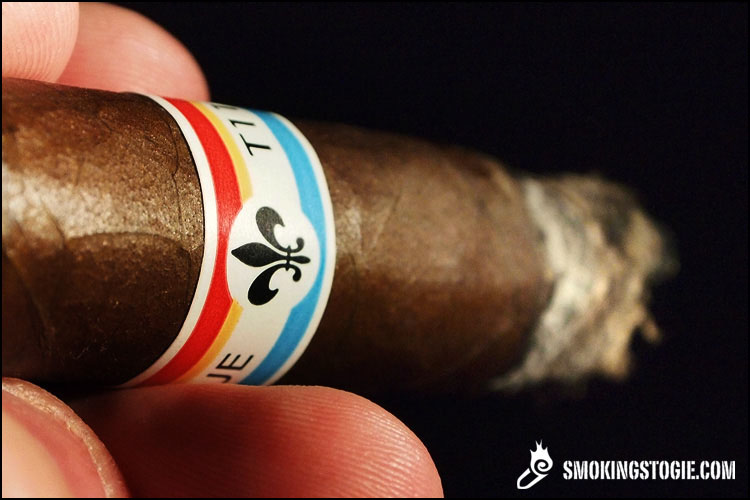 Ok, let me just say this right off the bat. This is a strong ass cigar.

Don’t say I did not warn you. Don’t come crying to me like little babies after smoking this, cause I won’t pay attention.

Yet another limited Tatuaje blend, both in numbers and the fact that you can only get them at one store in the whole world, the “T” in the name “T110” stands for “Thermonuclear” and not “Terminator” as I once thought and the “110” stands for the size of the stick in millimeters. The cigar is made of all ligero and is a blend of Jalapa and Estelí tobacco. If you are wondering, the “Thermonuclear” was an original cigar that Pete Johnson made almost as a joke, since it made quite a few people throw up when they smoked it, it was so strong. This size and blend has been called a “Thermo Jr.”, relating to its smaller size as compared to the original. 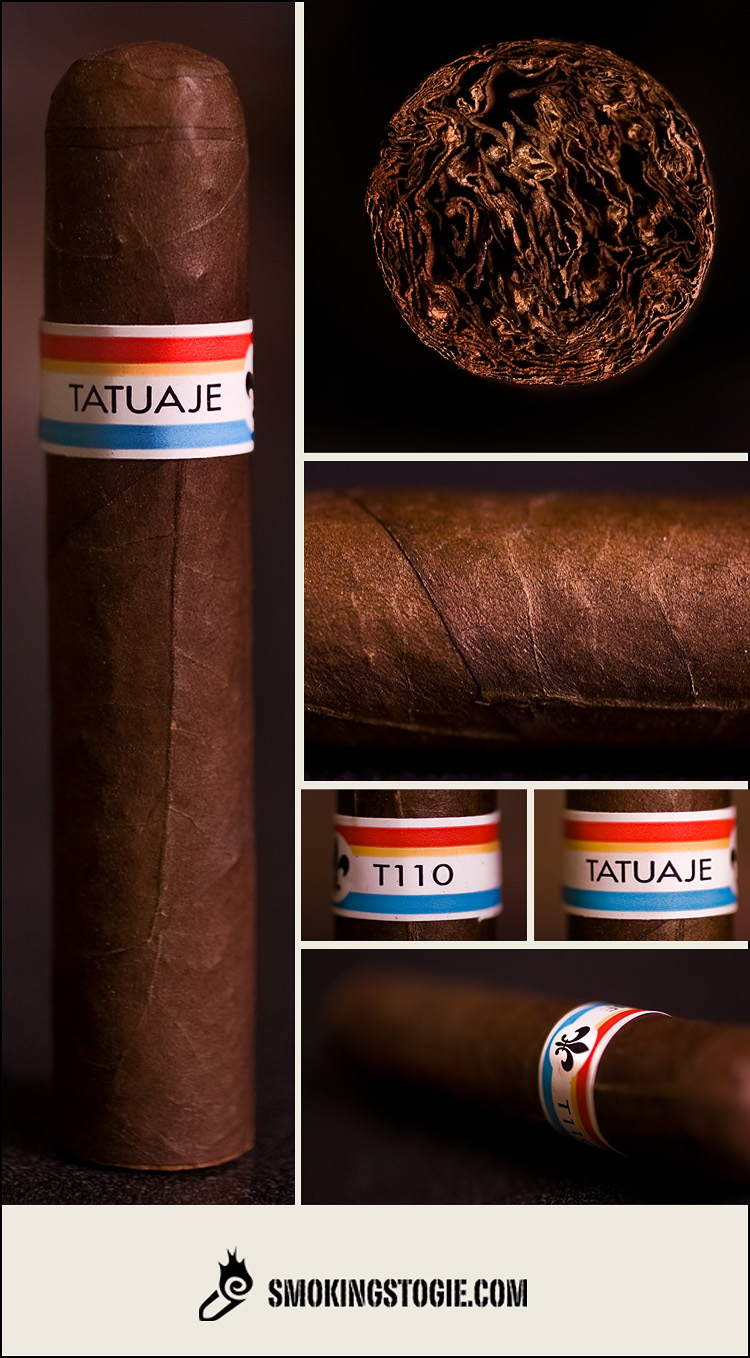 The wrapper on this stick is seriously one of the most oily creations known to man. It is a very dark cocoa brown color and it almost looks like it was dunked in oil before shipping. The stick is extremely firm to the touch; not too hard when squeezed, but not spongy either. It is also almost surprisingly veiny, which is not normal for a Tatuaje and it smells very strongly of tobacco.

After cutting the end, my pre-draw flavors were nothing but pepper and tobacco. It was a sign of what was to come for sure, however, right after the first draw, I did sneeze.

After toasting and lighting the end, I was literally blown away by the black pepper that came from this stick in the first few puffs. Now, most Tatuajes have liberal doses of spice and pepper throughout—it is kind of a hallmark of their’s—but this was so far beyond anything I have tasted in one of their sticks, it is almost indescribable.

After about the first 10 puffs, the pepper mellowed out slightly, to the point where I could taste some leather and just a bit of cocoa, but the first third was all about the pepper, as I wrote in my journal “A F*CKLOAD.” 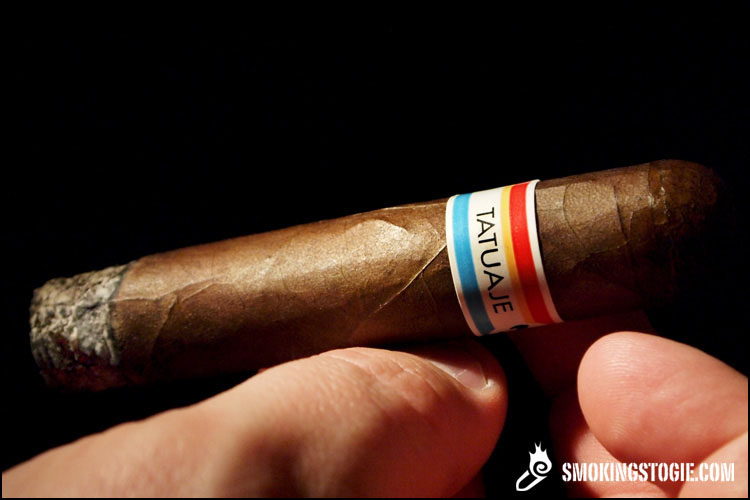 Starting around the second third, the pepper mellowed even more, down about 30 percent I would say, and I stated tasting more chocolate and a great sweetish, earthy taste. It was almost like I could chew the smoke in my mouth, and it was not at all unpleasant.

By the start of the last third, I was starting to really feel the effects of this stick. My head started swimming a little, and I started sweating more than usual. It was an odd feeling, and I had to stop smoking a couple of times. I knew it was going to be a strong stick, but it was almost overwhelmingly strong. To the point (at least at the end) that I could not enjoy the flavors of the cigar. I did nub it, but it was hard going, and I felt the effects for at least a half hour after I was done. Although quite strong, I still enjoyed this stick quite a bit, but I am really excited to see what a year of aging will do and I will revisit this cigar then, if I can wait that long.