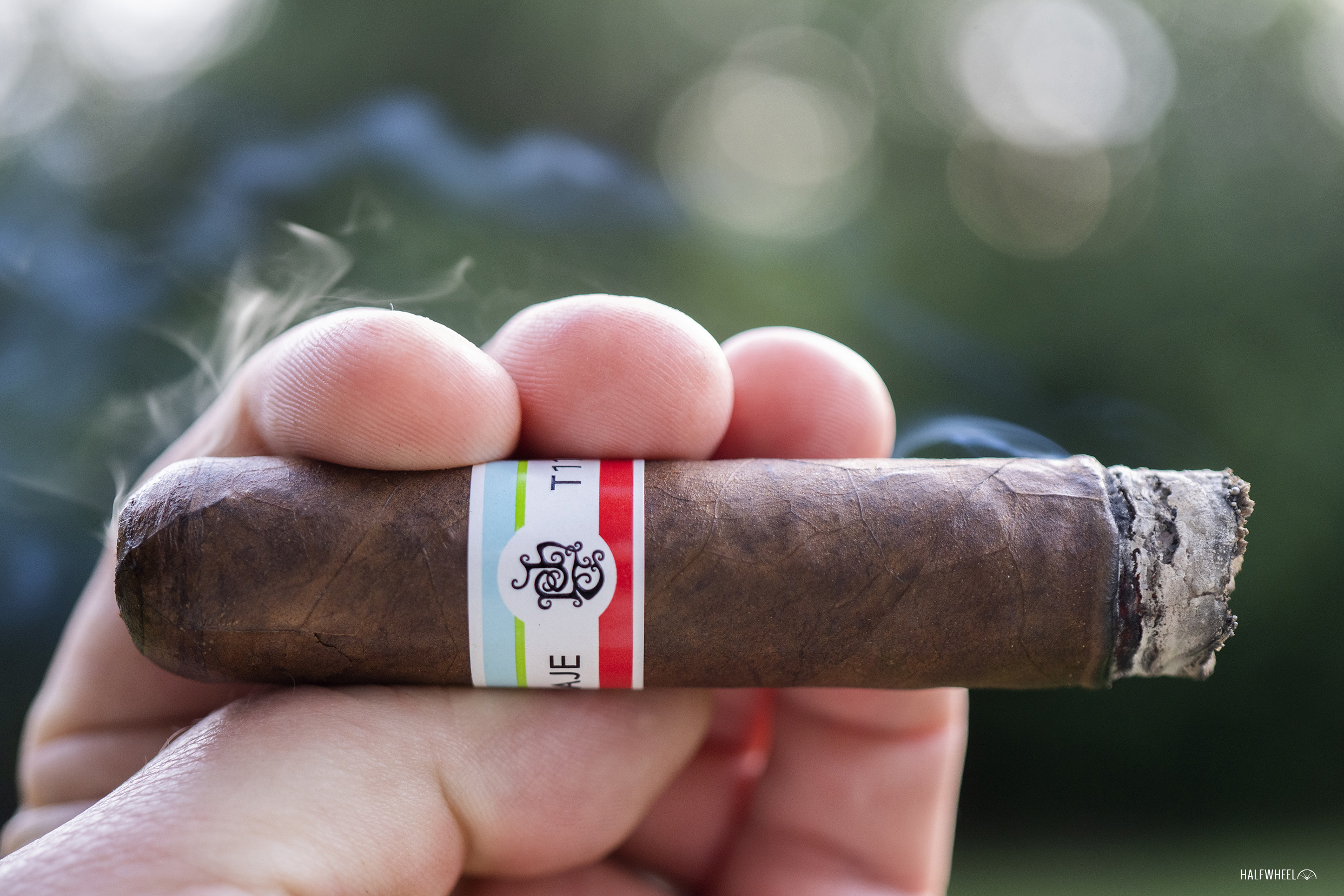 Even in a sea made up of some of Tatuaje Cigars’ most legendary releases spanning from 2006 to 2009, the T110 stands out.

When it was first released in July 2009, the T110 was a limited edition, exclusive release for R. Field Wine Co. in Honolulu, Hawaii consisting of only 200 boxes of 25 cigars, measuring 4 3/8 x 52. That blend—made up of a mostly ligero blend of tobaccos grown in the Jalapa and Estelí regions of Nicaragua—was an updated version of an unreleased prototype that Tatuaje owner Pete Johnson dubbed the “Thermonuclear,” a cigar that was made somewhat jokingly due to how strong it was. In fact, the origin of the T110 can be found when you break down its name: the “T” in “T110” stands for the aforementioned “Thermonuclear” while the “110” indicates length of the cigar in millimeters.

Five months later, R. Field Wine Co. received a second shipment of T110s from Tatuaje. Those cigars were the same size and blend, but there were some differences in the details. First, the cigars in the second shipment were unbanded, and second, they were wet-packed in foil bundles instead of in wax paper. Finally, the total number released was smaller, specifically 190 boxes of 25 cigars.

In 2011, Tatuaje released two brand new lines based on the T110 blend: Fausto, which debuted in the summer of 2011 and is known for being on the fuller, stronger end of both the cigar spectrum and Tatuaje’s portfolio; and Avion, which was an extension to the Fausto line by way of three new sizes released one per year from 2011-13.

Nothing was heard about another official release of the T110 until November 2020, when Johnson posted a photograph of an updated T110 on his Instagram account and subsequently confirmed to halfwheel that the cigar would be returning. According to the company, the blend is made up of Ecuadorian habano wrapper covering Nicaraguan tobacco used in the binder and filler. 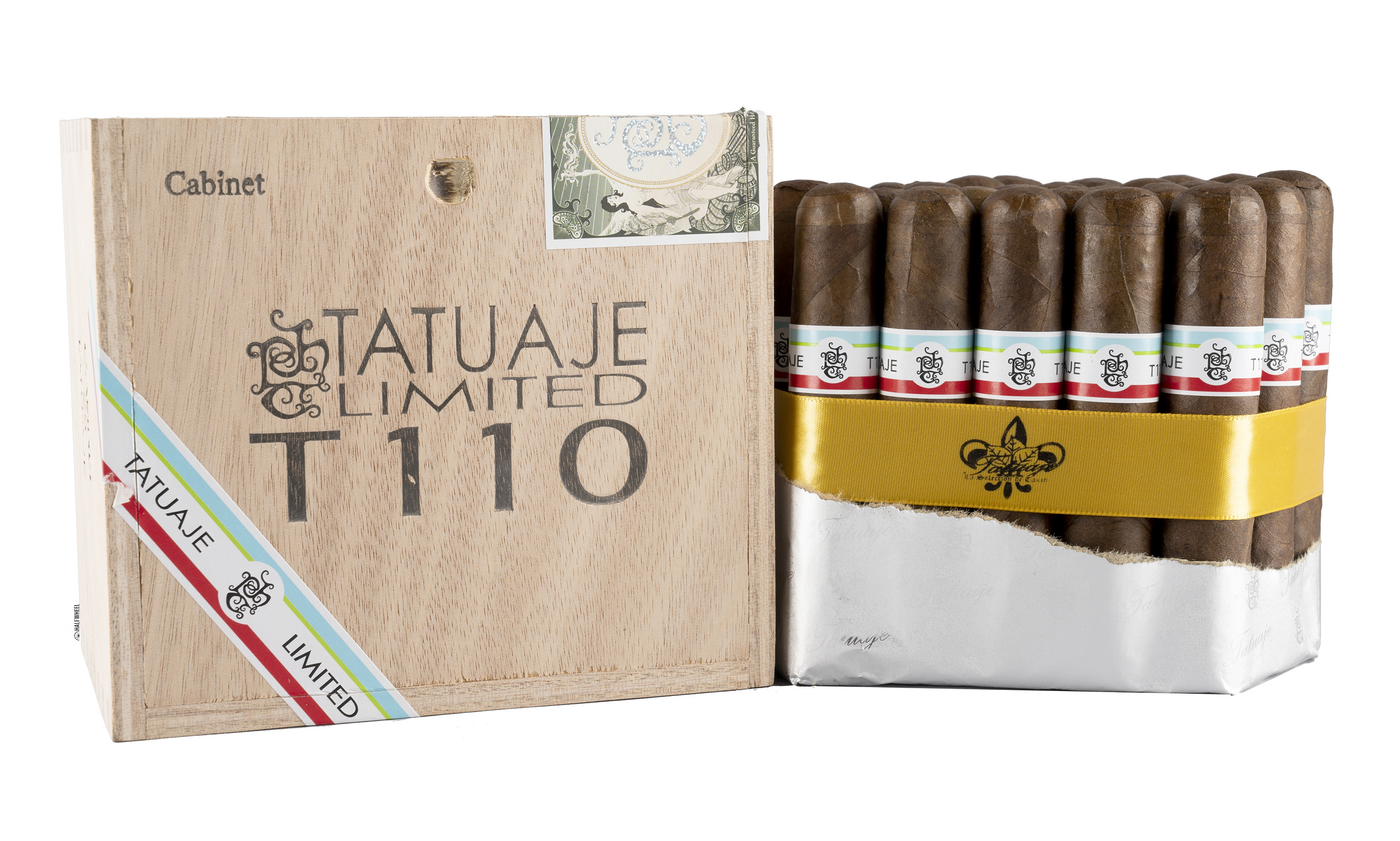 Unlike previous incarnations, the 2021 version would not be an exclusive release for R. Field Wine Co. Instead, the Hawaii-based retailer received 400 25-count boxes, each of which are marked specifically with its cliche and each cigar carrying an MSRP of $10. An additional 600 boxes were shipped to other Tatuaje retailers around the country starting in mid-May in boxes that do not include the R. Field Wine Co. cliche. 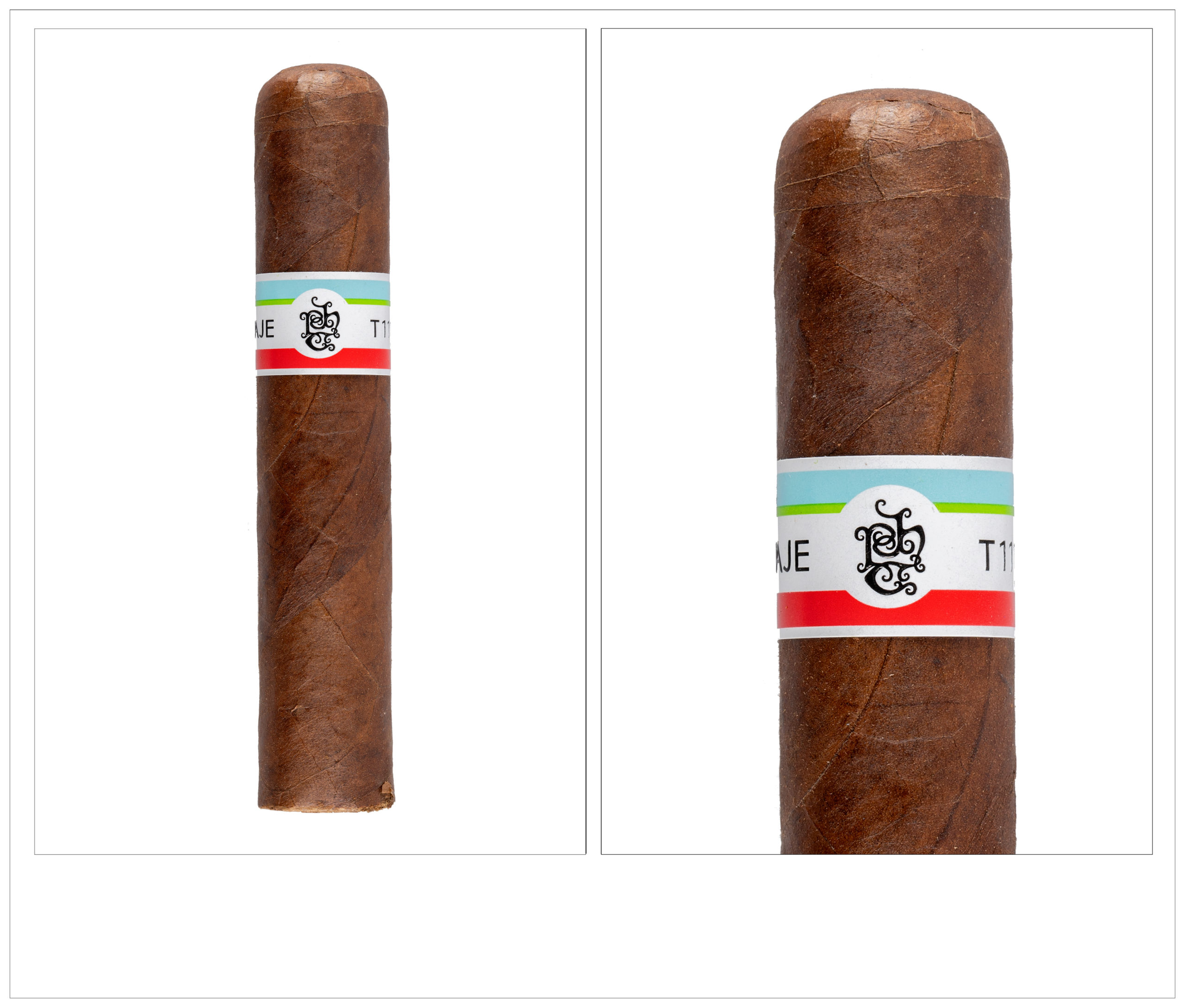 When visually comparing the newest T110 to its predecessors, there are immediate differences noticeable: not only does the 2021 version have a more reddish tint, but it is also rougher to the touch and features more prominent veins. The aroma from the wrapper includes earth, leather, peanut shells and sweet hay while the foot brings notes of espresso beans, more earth, black pepper, baker’s spices and cocoa nibs.

I have smoked a number of the T110s over the years, so I was anticipating a strong start to the cigar, but even so, I was surprised at the punch of both black pepper and spice that burn my taste buds from the first puff. The amount of black pepper on the retrohale specifically made my eyes water, and the combination of it and the aforementioned spice on my palate overwhelms almost any other flavor other than earth, leather and cedar. This lasts until well into the first third, when I notice that both the spice and pepper begin to recede—albeit slowly—which allows more nuanced flavors to make themselves known, including sourdough bread, sweet hay, freshly roasted coffee beans, bitter dark chocolate and peanut shells, along with some very nice caramel sauce sweetness.

While the black pepper and spice are still very much a part of the profile in the second half of the Tatuaje T110 Redux, both calm down significantly and a much more complex profile emerges as a result. Main flavors of creamy almonds and dank earth easily take the top spots, followed by secondary notes of powdery cocoa nibs, leather, cedar, toasted bread, lemon peel and slight cinnamon. The caramel sauce sweetness on the retrohale morphs into more of a graham cracker note, albeit one that is both stronger and more distinct. Construction-wise, the newest T110 features an excellent draw after a straight cut and a burn line that—while far from razor-sharp—only needs attention from my lighter once in the second half. The body is close to full, and while the strength starts out a bit overwhelming in the first third as noted above—and is certainly not helped by the extremely aggressive pepper and spice combination—it calms down to end up just under the full mark by the time I reach the end of the cigar after one hour and 13 minutes of smoking time.

There are a number of similarities between what I recall about the original T110 and this year's incarnation—including the punch of spice and pepper at the front, the overt strength level and the close-to-full body—but far fewer similarities when compared to Fausto and Avion, both of which I find to have profiles that are noticeably smoother and easier to approach. Having said that, more than just about any cigar I have smoked in the past six months, the newest version of Tatuaje’s T110 is a tale of two halves: those searching for a strength, spice and pepper bomb can find plenty in the first half—and specifically, in the first third—while anyone wanting a more nuanced profile will find it in the second half. Make no mistake, that first third is aggressive and overwhelming—and I'm sure the final score probably suffered quite a bit due to that—but waiting just beyond that point is a complex flavor bomb for those willing to push through.