In March 2009, Tatuaje released a limited version of of its SW Reserva blend to honor Paul Hernandez, who served as an independent sales representative for a few companies, including Tatuaje. The SW Reserva Maduro replaced the normal Ecuadorian habano wrapper with Connecticut broadleaf. Only 5,000 cigars were produced and sold by Sabor Havana Cigars in Doral, Fla. Pricing was set at $13 with the proceeds from the sale of the 200 donated to the family.

It remains one of the most sought-after and well-regarded cigars Pete Johnson has ever released. There has never been an indication from Johnson that he has even considered a second release of the cigar, and it’s not because no one has asked.

Here is what I had to say in my original review May 2009:

In my opinion, this is one of the best sticks released this year, and it is a pity that 99 percent of the people who love cigars will never taste one.

A dark espresso brown wrapper that is surprisingly smooth to the touch covers the Tatuaje SW Reserva Maduro. While  there is quite a few veins visible up and down the length of the cigar, almost no oil is present. Resistance is excellent when squeezed with just the right amount of give. Aroma from the wrapper combines light cedar, spices, dark cocoa, and nougat. The cold draw brings distinct and wonderful flavors of sweet orange cream soda and creamy oak.

The Tatuaje SW Reserva Maduro starts out with flavors of aged oak, bitter espresso, leather and almonds, along with a touch of a bread note. The overall profile is quite meaty, reminding me of a well-aged steak, and there is almost no sweetness present at all yet. While there is a small amount of spice on the tongue, I am notice a slight white pepper on the retrohale that seems to be increasing in strength as the first half continues. Around the halfway point, the profile of the Tatuaje SW Reserva Maduro gets just a bit sweeter, and also noticeably more creamy, with the coffee flavor becoming dominant. Other notes of leather, earth, nuts, and oak flit in and out with a slightly tart citrus flavor becoming more prominent as the cigar comes to an end. The spice is long gone and the black pepper on the retrohale remains steady for the entire second half. 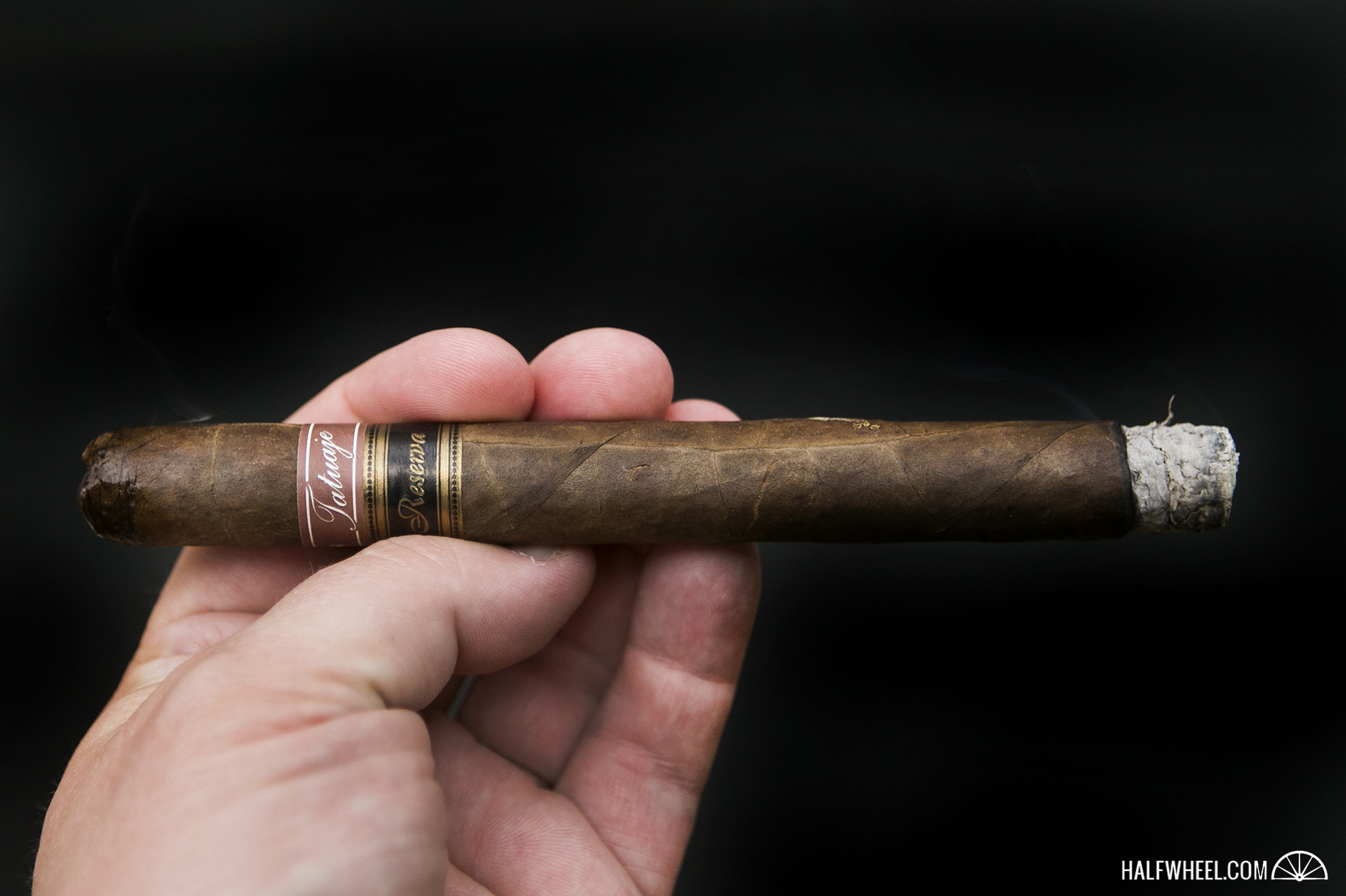 Construction-wise, the burn is phenomenally razor sharp for the entire length of the cigar, and while the draw was a bit tight at first, it opened up nicely in the second half. Smoke production overall was well below normal, and the ash was almost totally seamless, dropping almost like clockwork every one and a half inches or so. While the strength started out quite mild in the beginning, it early reached a solid medium mark by the time I put the nub down with less than an inch left.

I had kept one Tatuaje SW Reserva Maduro from my original box I purchased back in 2009 specifically for the purpose of a redux and after finally smoking it, I am glad I did. While the flavors I encountered were not nearly as distinct as I remember from my original review, it has aged well and is still an extremely enjoyable cigar with a fleeting citrus note and some great black pepper on the retrohale. The amazingly consistent construction only added to the experience and I can still easily recommend picking up as many of these as you can find if you ever run across them.