The original premise of the Tatuaje Monster Series was relatively simple: produce 13 different blends based on 13 different monsters from both classic and modern horror movies and novels.

However, over the years, the series has been added to again and again, to the point where there are now more than 50 different versions of the 12 Monster blends that have been released so far.

The Tatuaje Skinny Hyde—and its bigger brother, The Hyde—was based off of Robert Louis Stevenson’s novella Strange Case of Dr. Jekyll and Mr. Hyde which was first released in 1886. Blend-wise, the Skinny Hyde incorporates an Ecuadorian Sumatra wrapper covering Nicaraguan tobacco used in both the binder and filler and was produced at the My Father Cigars S.A. factory in Nicaragua.

As mentioned above, the Skinny Hyde was one of the original Skinny Monster samplers released in 2014 and included petit lancero versions of the first eight Monsters along with the Chuck and Tiff. Each sampler had a retail cost of $85 and a total of 10,000 samplers were released. In addition, Tatuaje released 400 25-count boxes of each blend included in the sampler at the 2016 IPCPR Convention & Trade Show.

Here is what I said in my original review back in May 2016:

I really enjoyed The Hyde when it was released, and was looking forward to see how the Skinny Hyde compared. What I found was a well-rounded, easily approachable blend that easily kept me interested throughout the smoke. In addition, while the mint note in the Skinny Hyde is not necessarily stronger than in the larger version, it is more distinct, and definitely better integrated into the entire profile. Unlike in the Skinny Jason, the smaller ring gauge of the Skinny Hyde changed the profile significantly compared to its bigger brother, and it s a change for the better. 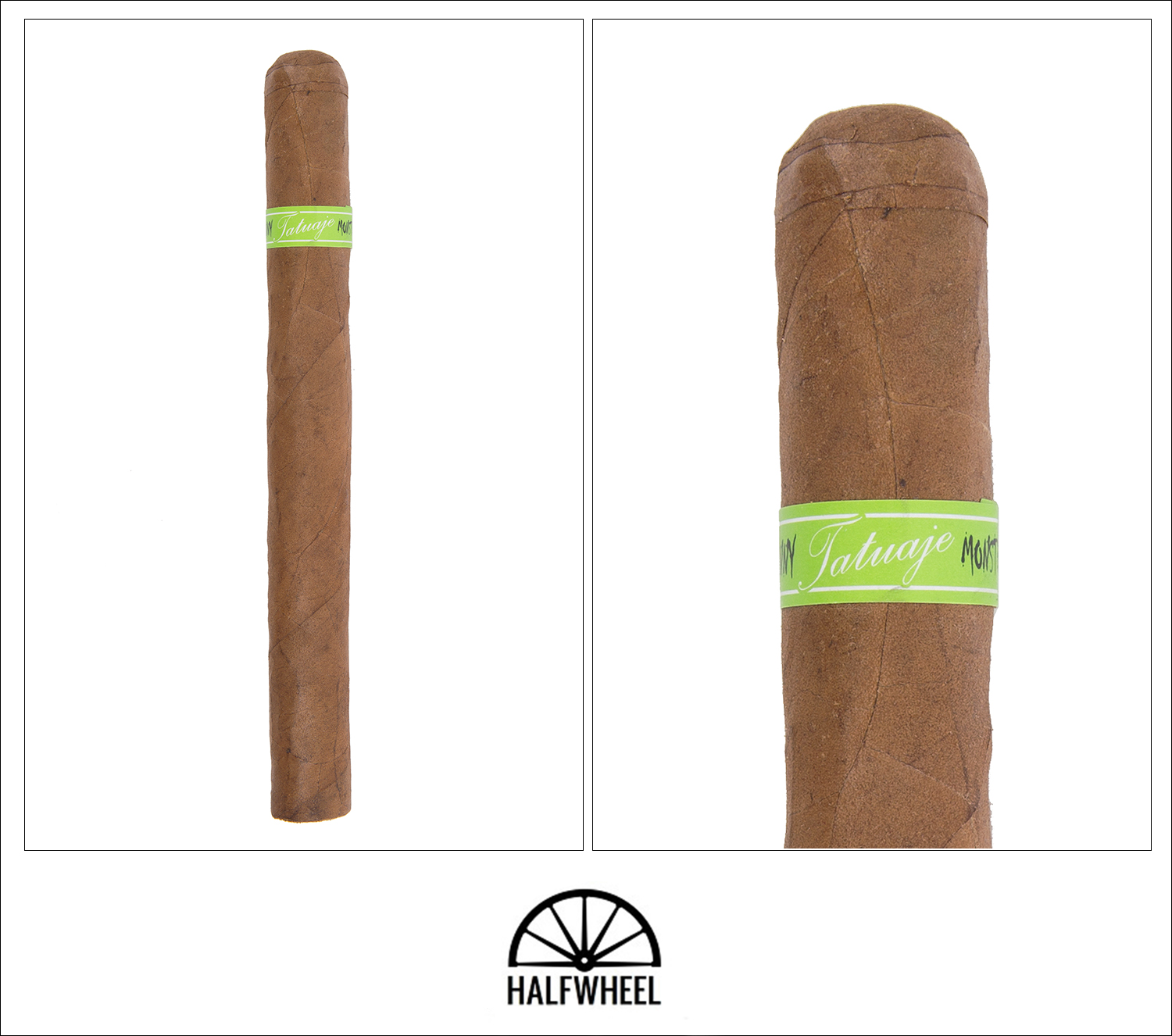 Visually, the Tatuaje Skinny Hyde is virtually identical to the samples I smoked for my first review, with a reddish brown wrapper that is smooth to the touch. One thing that is different is that the newest sample features a soft but undeniable box-press on the foot, and there are some fairly significant veins running up and down the length of the cigar. Aroma from the wrapper is a combination of light peanuts, barnyard, manure, hay, coffee beans and earth, while the cold draw brings flavors of vanilla sweetness, espresso beans, strong cocoa powder, leather, cedar and slight pepper.

The Tatuaje Skinny Hyde starts off with dominant flavors of both creamy oak and lemongrass, interspersed with other notes of hay, dark chocolate, espresso beans, cinnamon, gritty earth and leather. There is some white pepper on the retrohale as well as a slight almond note on the finish, along with a distinct vanilla sweetness that starts out fairly light before becoming a dominant note right after the halfway point. I am picking up some noticeable spice on my tongue, but it begins to fade as the first third comes to an end and is totally gone by the time the final third rolls around. 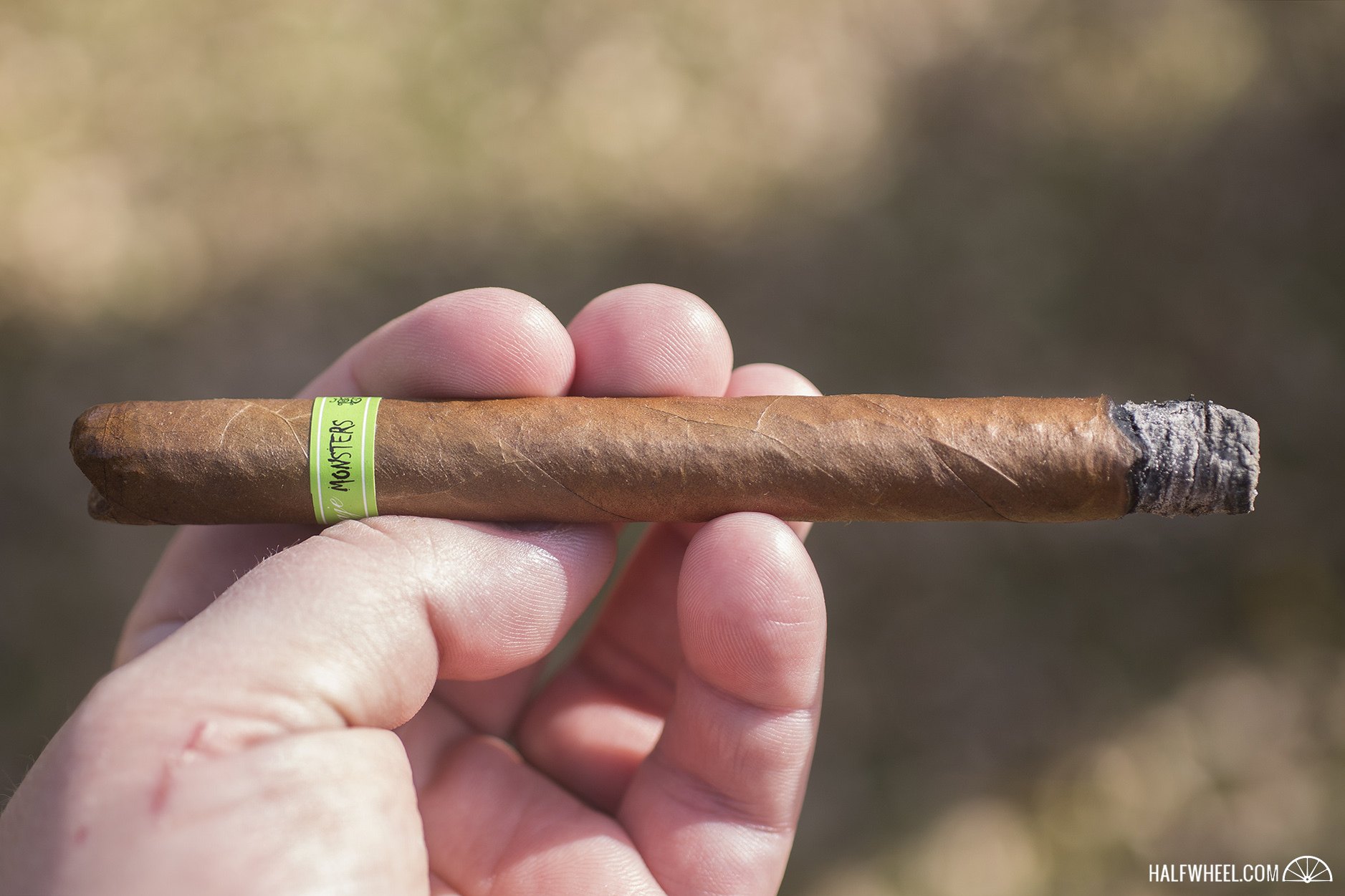 Construction-wise, the Tatuaje Skinny Hyde features an excellent draw after a v-cut, and while I have to touch up the burn once in the second third, it was never really in and danger of getting out of control. In addition, the smoke production is easily copious enough to keep me happy, although the ash does not stay on for more than half an inch at a time. The overall strength hit the medium mark around the end of the second third, but stalled out there, and never even came close to full by the time I put the still-cool nub down with less than an inch to go after one hour and 13 minutes.

I am constantly surprised by how some cigars change with a little time, and the Tatuaje Skinny Hyde is a great example. Gone are the mint note and floral sweetness I found in the original samples, replaced by distinct lemongrass and vanilla flavors that combine very nicely with the white pepper on the retrohale. Construction was fantastic, with a great amount of resistance after a v-cut and a burn that only had to be touched up once. While the profiles between the two reviews after about 18 months of age were quite different, the end result is the same: a wonderfully complex, well balanced and nicely constructed cigar that I really enjoyed.