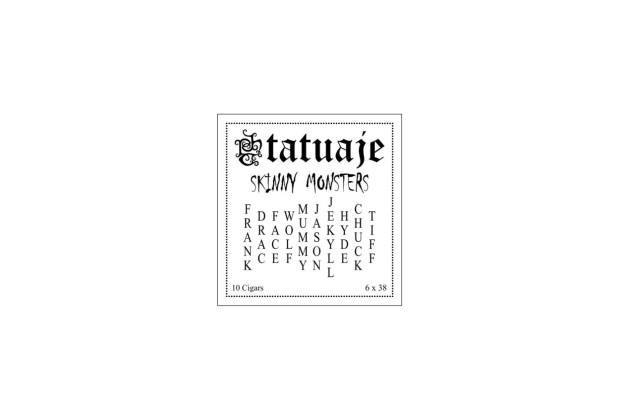 The day has come.

The Tatuaje Skinny Monsters are on their way to stores. It’s the latest in Tatuaje’s ever-expanding Monster Series. What was once described as 13 different cigars over 13 years —each based on a monster character from novels or films—has now expanded into a series that could reach 26 different cigars.

That’s in large part due to the Little Monsters, Pudgy Monsters and now Skinny Monsters.

They are each samplers Tatuaje has released containing smaller version of Monster Series releases.

It started in 2012 with Little Monsters, smaller versions of the generally large-sized Monster Series releases. That release contained two each of smaller versions of the first five monsters. In 2014, Tatuaje released the Pudgy Monsters which used the same lengths at the Little Monsters and the ring gauges of the original Monsters for the first six releases, along with two new cigars, Chuck and Tiff.

Now it’s the Skinny Monsters, a 10-count sampler with each of the first eight Monsters along with the Chuck and Tiff. Each sampler will retail for $85 and include one each of the:

In addition, Tatuaje will release 400 25-count boxes of each version at the 2016 IPCPR Convention & Trade Show this July. Those boxes are modeled off the Tatuaje Black Label Petite Lancero boxes.

Pete Johnson told halfwheel that he plans on launching a website that will allow people to vote on which size they like the most. That size could end up being a regular production item.