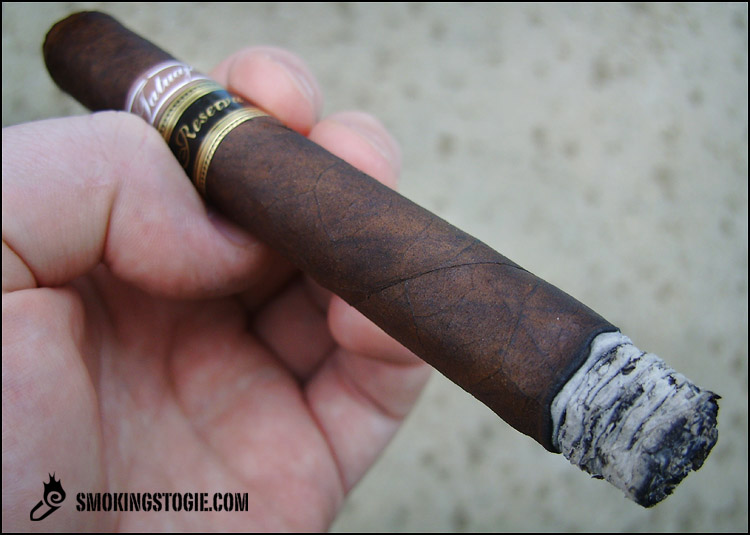 In the spring of 2010 word started spreading about a few very exciting Tatuaje line extensions. Among many fairly normal size extensions and a few band changes were the talk of three broadleaf-wrapped regular production cigars.

Now, if you are any kind of Tatuaje fan you know that is very exciting news as the Noella Reserva, Regios Reserva, SW Maduro are all amazing cigars that would be welcome additions to regular production status.

The three new additions are:

Unlike the regular Brown Labels, these new additions will be made in Nicaragua.

The boxes for the Tatuaje Seleccion de Cazador 7th Reserva look like this: 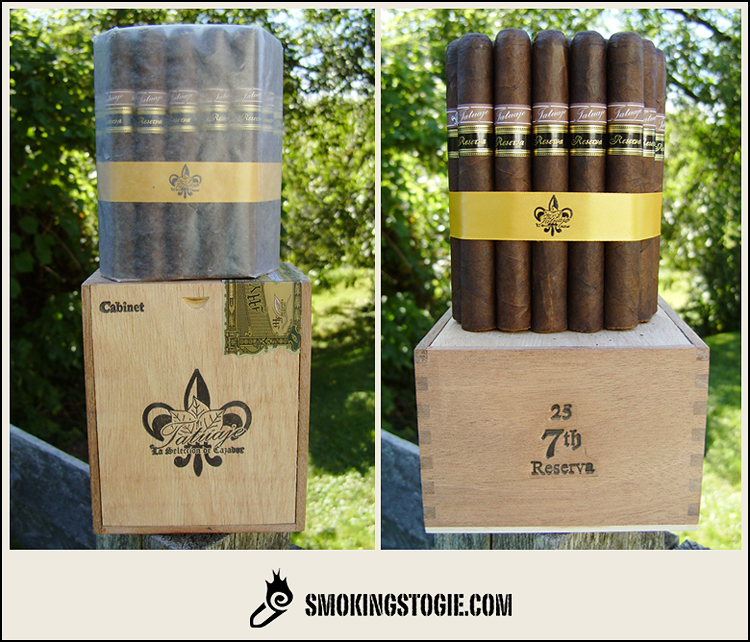 Today we will be looking at the biggest of the bunch, the Seleccion de Cazador 7th Reserva.

The name 7th Reserva comes from the fact that this is the seventh size to date in the Brown Label line. As well as making a 7th Natural, Pete Johnson decided to make an additional cigar with the broadleaf wrapper. These new Reservas are all regular production cigars, however right now it’s a little tougher to find them as demand was massive right off the bat. This should settle down as the months go by and they should be releativly easy to find. 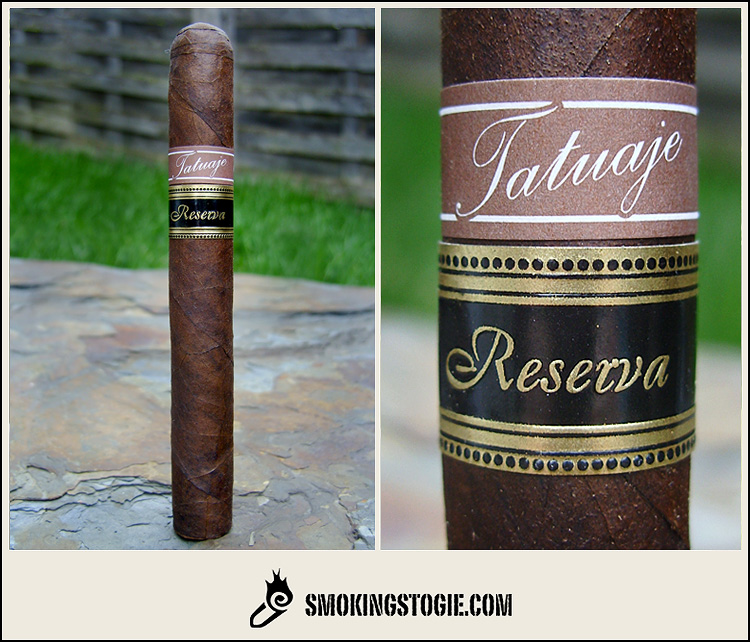 Visually you can tell this cigar has a broadleaf wrapper right away. It has a very rustic looking dark chocolate wrapper, with some veins and is even a little lumpy in a few spots. It’s really not the prettiest wrapper but its faults kind of make it attractive. It has a little bit of any oily sheen to it and sports your typical Tatuaje style triple cap.

Pre-light aroma is pretty earthy with a bit of chocolate sweetness and pepper. The cold draw is full of hay, chocolate and touch of nuttiness.

Starting off in the first third this cigar waste absolutely no time getting going. Right away I get a rush of chocolate with a solid coffee flavor following. I am surprised because I was expecting a bunch of spice and pepper but I didn’t get it right away. After about 10 puffs I finally experienced a load of spice through the nose and a huge pepper kick of the tip of my tongue. The finish is super long fading into a nice peppery sweetness.

Coming into the second third the cigar turns very creamy on me. The smoke becomes very chewy and thick. The flavor profile is chocolate, coffee and a nuttiness that really goes well with the creamy profile of the smoke. It literally tastes like I am eating something that is really satisfying. There is still a nice pepper kick of the tongue and nice amount of spice through the nose. For maybe five puffs in the middle the cigar got kind of bitter on me, but it then subsided and I was able to get back into it. The cigar is putting off massive amounts of smok Finishing up in the final third the cigar is still improving. The flavors have mellowed out perfectly and they have all melded into a uniform flavor. Its sweet, spicy, creamy, earthy all at once. The pepper and spice balance out perfectly, there is just the right amount, not too overpowering but just enough to balance out the chocolate sweetness and the creamy feel of the smoke. The finish starts with the coffee and ends with a nuttiness that is just spectacular. This cigar was amazing. I can’t tell you how happy I am that these will be available to buy in somewhat mass quantities because I will be buying many boxes. I feel it’s a great size for this blend and was just very impressed with it. The profile was very complex and well balanced and the performance was just perfect. I mean what more can I ask for? If you haven’t tried this cigar I would certainly do so because the price isn’t so bad and you are getting much more than you pay for.