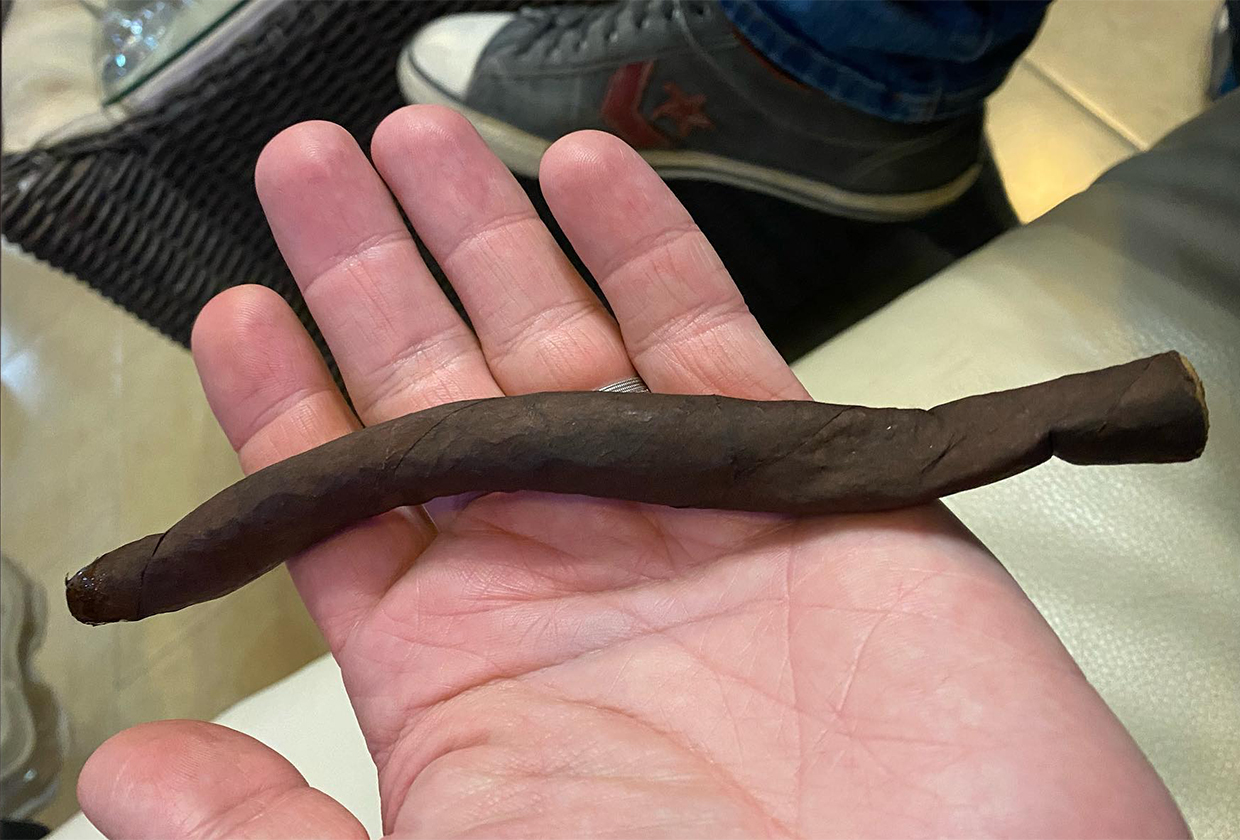 Tatuaje Releasing Fausto The Old Man and the C in March

Tatuaje is bringing back its The Old Man and the C release in March, but this time Pete Johnson will be using the Fausto blend.

The Tatuaje The Old Man and the C debuted in August 2012 and used the company’s Private Reserve blend, more commonly referred to as the Tatuaje Black Label. Each individual release contained a culebra, a vitola that twists three cigars together into a distinctive shape, as well as a 7 1/2 x 38 lancero, making for a total of four cigars in each set.

Now, the release will be offered in the Fausto blend, arguably Tatuaje’s strongest regular production offering. It uses an Ecuadorian habano maduro wrapper over Nicaraguan binders and fillers, and was notable for its advertising that borrowed from the movie “This is Spinal Tap” when it proclaimed that “this one goes to 11.”

The Fausto line traces its roots back to 2009 when Johnson released the Tatuaje T110 as a single store release for R. Field Wine Co. in Hawaii. That cigar was a limited edition, noted as much for its dark wrapper as for its strong profile. It was based off another cigar that Johnson had made somewhat as a joke, the Thermonuclear, which gets its name from its abundance of strength.

In 2012, Tatuaje announced that the T110 blend would come back in the form of a regular production line named Fausto.

A total of 1,000 master cases are being released, with each case containing 10 coffins. Pricing has not been set yet, but Johnson told halfwheel that he anticipates pricing to be fairly close to what the original release was offered at, which was $30 before taxes. He said that will be arriving in stores in March, though didn’t have a specific date set yet.

This won’t be the first time that the Fausto blend has been released in a lancero vitola, as it was one of the cigars in the Tatuaje Lancero Sampler that debuted in 2014. Johnson said that while the blend has to be adjusted to for the size, it remains true and is full of flavor and strength.

The cigars are being made at the My Father Cigars S.A. factory in Estelí, Nicaragua.