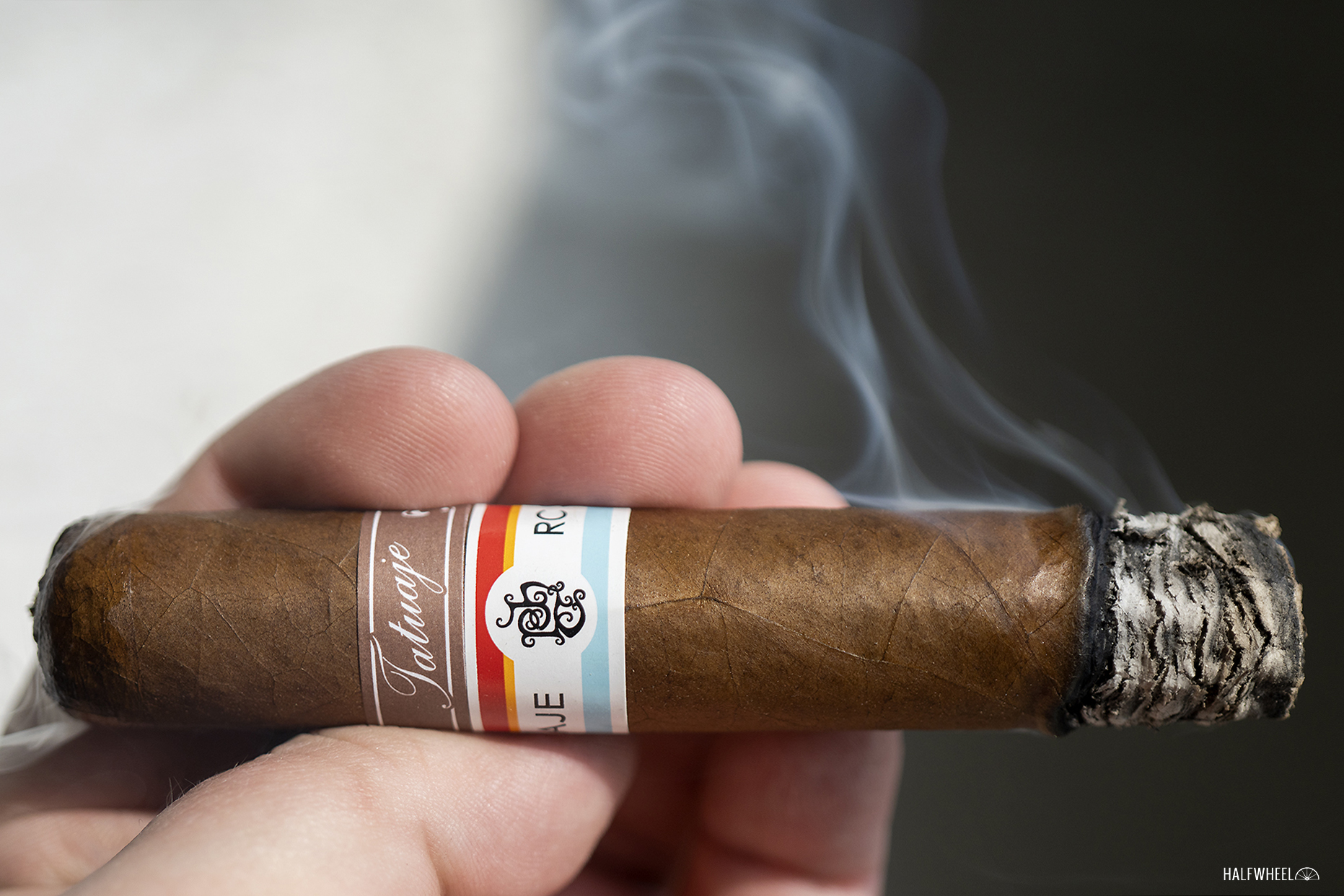 Tatuaje’s RC Series—the RC in the name stands for Retro Cuba—has always been one of the company’s least discussed lines, which is especially noteworthy when you take in account that it is one of the Tatuaje’s oldest lines, having debuted in 2005. For the longest time, it was made up of only two vitolas, both of which are large perfectos packaged with half the cigar covered in foil: the 7 1/4 x 57 RC 184 and the 9 1/8 x 55 RC 233. However, that changed in November 2016, when owner Pete Johnson announced that there would be a trio of new sizes added to the line, although not much more was known at the time. More details about the new cigars—simply named RC No. 1, RC No. 2 and RC No. 3—came to light almost a year later, when Tatuaje began offering the trio to European retailers.

Blend-wise, the three violas incorporate an Ecuadorian habano wrapper covering Nicaraguan tobacco in both the binder and fillers. Unlike the two original RC sizes, these cigars are being rolled at My Father Cigars S.A. in Estelí, Nicaragua. In addition, each of the cigars features a pigtail cap and is sold in boxes of 10. Stocky is the first word that comes to my mind as I hold the Tatuaje RC Series No. 1 in my hand, while the short, twisted bit of tobacco at the top adds a hand-made flair to the overall presentation. The cigar is covered in a cinnamon brown wrapper with some noticeable mottling, and while two of the samples are fairly smooth, the last one features a number of thick, overt veins. All three cigars are spongy when squeezed and all three also have a small soft spot under the secondary band on the right side. The aroma from the wrapper is a combination of generic wood, nuts, earth, barnyard and a slight vegetal note, while the foot brings notes of oak, hay, manure, potato chips, milk chocolate and indeterminate sweetness. After a v-cut the cold draw includes flavors of peanut shells, creamy oak, hay, earth, coffee beans, leather tack and light raisin sweetness.

Creamy oak and spice start the RC Series No. 1 off but a peanut shell flavor joins in about 10 puffs in and all three remain very prevalent in the profile during the first third. Secondary flavors of leather, hay, earth, coffee beans, powdery cocoa nibs, popcorn and a slight cinnamon flit in and out, while the retrohale is full of both white pepper and a raisin sweetness pulled from the cold draw. Construction-wise, the draw is giving an ideal amount of resistance after a v-cut and there is plenty of dense, off-white smoke, and while two of the three samples feature excellent burn lines, one gets into minor trouble early and needs to be corrected. Flavor ends the first third at a solid medium, while both the body and strength are in-between mild and medium.

The profile is quite a bit creamier during the second third, perhaps due to the fact that the spice that was so obvious in the first third has receded noticeably, although it is still strong enough to have an impact overall. Oak and peanut shells still lead the way, followed by notes of salted oatmeal, hay, earth, roasted espresso beans and cinnamon. There is still plenty of white pepper and raisin sweetness on the retrohale as well, although the sweetness pulls ahead slightly as the burn line passes the halfway point. Speaking of the burn, all three cigars have construction that seems to be working in perfect harmony with excellent draws, plenty of smoke and no burn corrections needed. Flavor bumps up to a point slightly above medium, body is just under medium and the strength jumps to a solid medium by the end of the second third. While the spice wanes compared to its high point in the first third, it is far from gone, and the profile retains the top flavor combination of peanut shells and oak. Additional notes make themselves known at various points, including cinnamon, hay, earth, citrus peel, leather, potato chips and coffee beans, but the cocoa nibs flavor from the first two thirds has been left behind. In addition, the retrohale features roughly the same amount of both white pepper and raisins sweetness on two of the cigars, while the third has a bit more sweetness and less pepper than the other two. In terms of construction, although the draw and smoke production are humming along just fine, one cigar runs in some issues that necessitate some attention with my lighter, although it is fine after that. Flavor ends the cigar at medium-full, body remains at a solid medium and the strength hits a point over medium as I put the nub down with less than an inch left. I had smoked very few of the original RC Series before this review, but the RC Series No. 1 makes me wonder what I am missing out on. The profile is creamy with a spicy kick, quite flavorful without overwhelming the palate and extremely well-balanced. In addition, while there is some noticeable white pepper and raisin sweetness on the retrohale throughout, it is also a bit stronger than I was expecting—it finishes between medium and full—and all aspects of the construction gave me virtually no issues. In the end, the Tatuaje RC Series No. 1 is one of those cigars you can smoke at just about any time of day and come away extremely satisfied and it is well worth the extended effort to track down.