Last year, Pete Johnson indicated that the Tatuaje RC Series would be getting a trio of new vitolas. Since then, details have slowly trickled out and the cigars themselves will be on retail shelves early next year.

Only it won’t be in the U.S., the new Tatuaje RC Series sizes will only be offered in Europe. 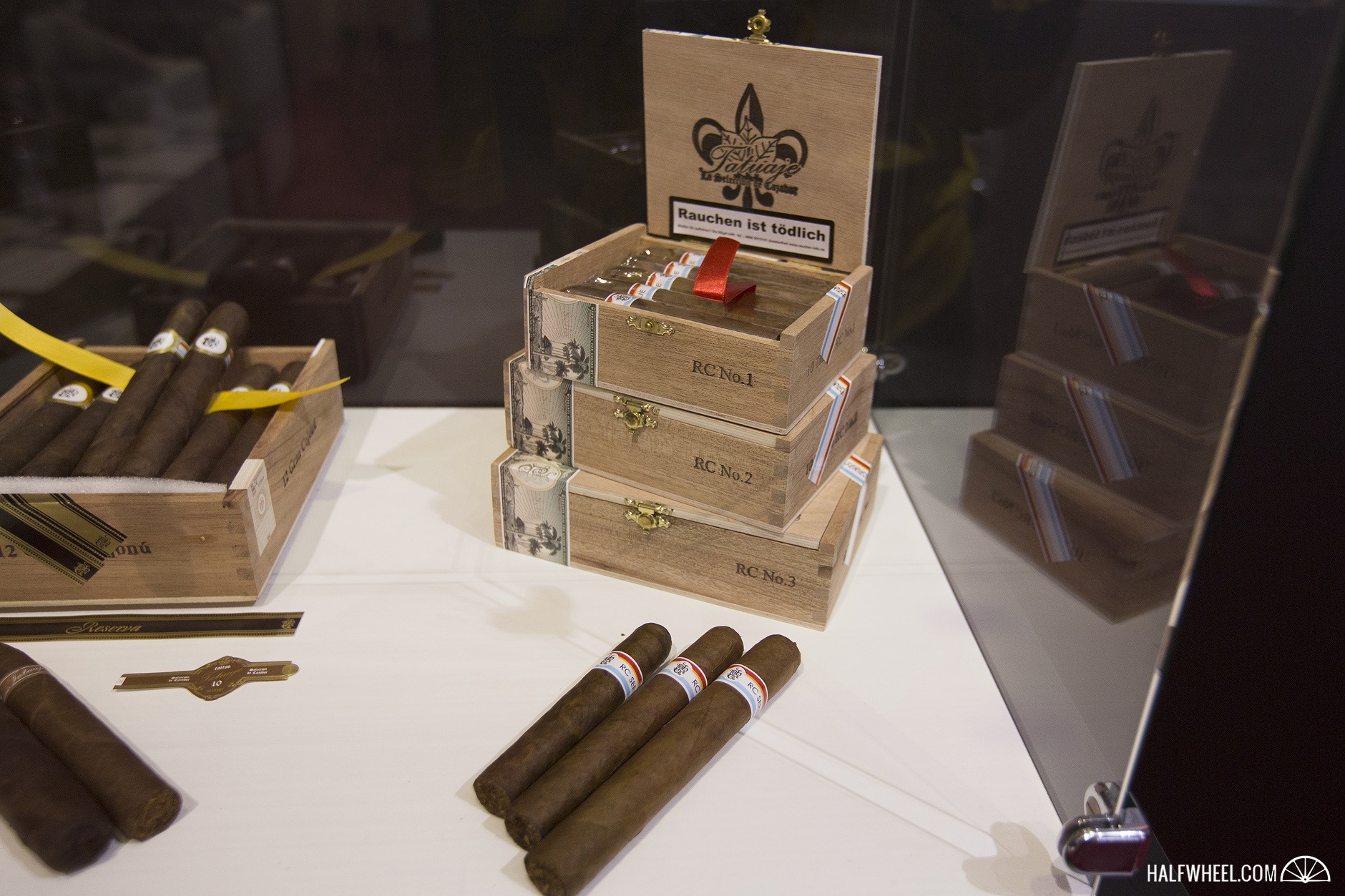 The cigars are simply called RC No. 1, No. 2 and No. 3. Each uses an Ecuadorian habano wrapper, Nicaraguan binder and Nicaraguan fillers. Production is handled at My Father Cigars S.A. in Estelí, Nicaragua and the cigars will feature a pigtail cap.

The cigars made an appearance at InterTabac 2017 last week in 10-count boxes.

This trio is dramatically different than the two original RC Series vitolas. Those—184 (7 1/4 x 57) and 233 (9 1/8 x 55)—are large perfectos which come packaged with half the cigar covered in foil. It’s a throwback to Cuba, which is what the RC stands for, Retro Cuba.