A few years ago, some good news came out for Tatuaje Seleccion de Cazador Reserva fans: Pete Johnson announced that the coveted Tatuaje Noella Reserva would become a limited, but regular yearly release. In March of 2013, 2,000 boxes of the Noella Reserva were shipped, with promises of another 2,000 towards the end of the year. Unfortunately for people waiting for the second shipment, it was reduced to only 500 boxes, which still left that year’s production of 2,500 boxes. That was almost five times the total amount of Noella Reservas shipped in previous years – and considering this was going to be returning the following year it was okay if you hadn’t gotten your hands on a box yet.

In April of 2014 however, it was announced that the Noella Reservas were not returning that spring, and in fact, wouldn’t be returning at all for an unspecified amount of time. Here’s what I originally had to say about the 2013 release:

Not having gotten the chance to smoke either of the previous two Noella Reserva releases, I don’t have a point of reference to compare this release to past other regular production Tatuajes. The cigar however, is a very enjoyable cigar. The profile and construction is great – delicious enough that I burned through all three of my samples within the same day. I think the aging potential for these are high as well. With the possibility of the flavors smoothing out and becoming more nuanced, it is definitely a box purchase I am planning on making as soon as these are back in stock.

Needless to say, I didn’t get that box purchase, but there was one sample saved for me at the halfwheel office, so I do get to see what a few years have done to the cigar.

Looking at the cigar, the visual and tactile experience hasn’t changed, still sporting a soft and oily dark brown wrapper. The aroma coming off the wrapper is much more subdued, almost like the barnyard, leather and cocoa are more whispers where they were previously shouts. The cold draw however is almost exactly the same flavorful bouquet, with hay, chocolate, cinnamon and a little fresh ground coffee greeting me after cutting the cap.

The first third starts out smooth, with wood, fresh roasted coffee grounds and cocoa, while the pepper from before is much more in the background alongside some leather and earth. Without much change to the specific flavors, the profile has grown seemingly, with bolder chocolate, coffee, charred wood and earth, closely followed by leather and pepper. A little past the halfway mark there is a slight harshness that shows up, putting a slight damper on the profile, though I think that it is me smoking too fast. Slowing my pace down, the harshness retreats, allowing the profile to start showing off again. Enjoying the Noella Reserva with more infrequent draws, it wraps up nicely with almost the exact same profile it started with, including coffee, smooth milk chocolate, charred oak, earth, leather and just the lightest hint of pepper. 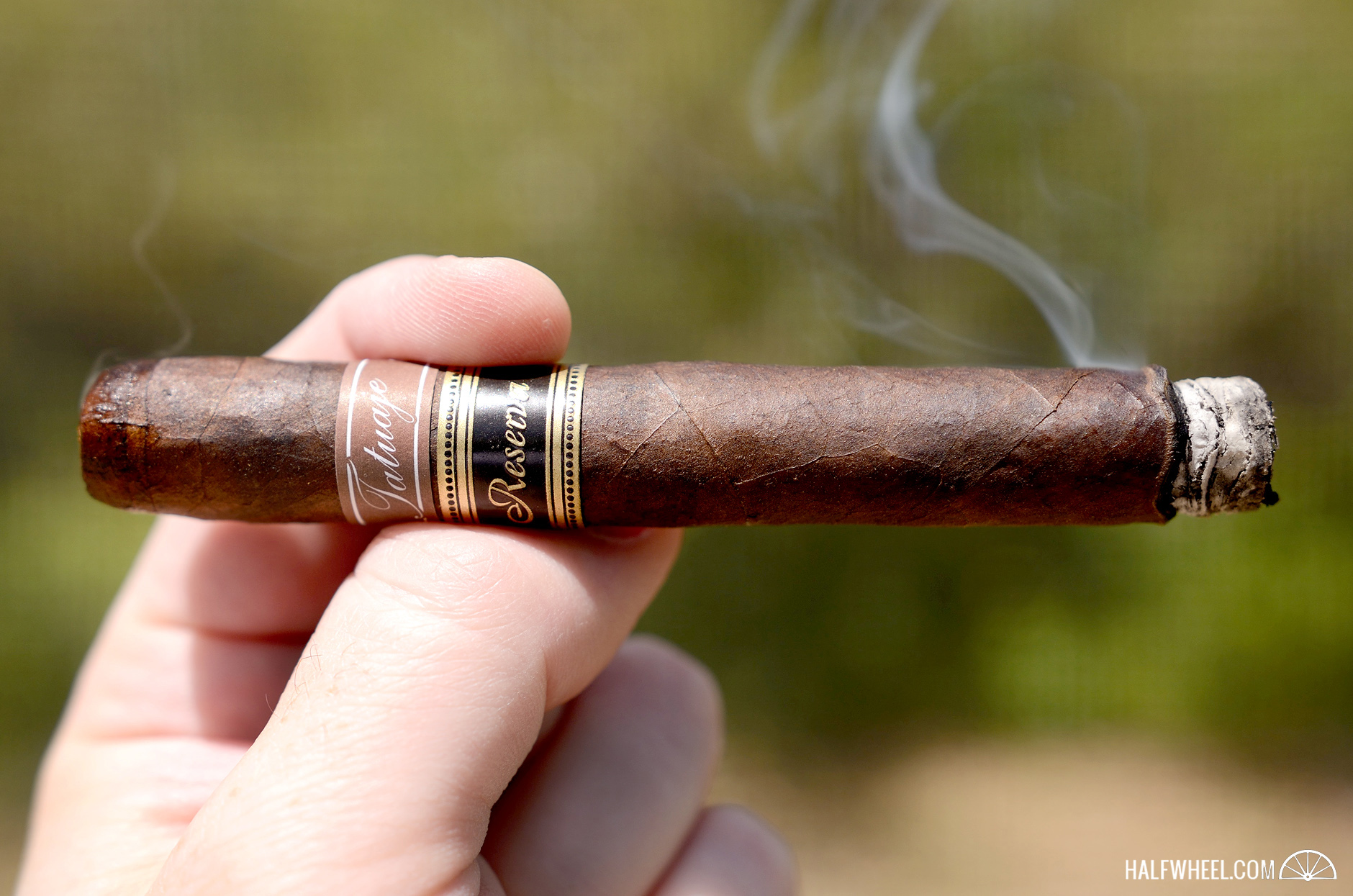 Starting into the first third, the burn is almost razor sharp right from the beginning. Dense, dark ash features nicely ringed lines as the burn continues quite evenly, while the ash itself holds on easily to around the inch mark. The draw is snug, but still well within the ideal range and produces plenty of aromatic smoke with each draw. Construction is on point with this cigar, and it doesn’t see any change through the second or third section, with the burn line sharp and even and not needing a single touch up the entire time.

As I read back my synopsis from my original review, the disappointment hit me that I never got that box I intended to. These have aged nicely, mellowing out the pepper while still keeping the flavors that made the profile so enjoyable before. With impeccable construction, the only thing I can really complain about is the fact you need to be present with the cigar and keep your smoking pace slow and steady. The profile will suffer if smoked too fast, but if you have any of these left then you’ll want to enjoy them at a slow pace anyway—because who knows when we’ll see them on the market again.