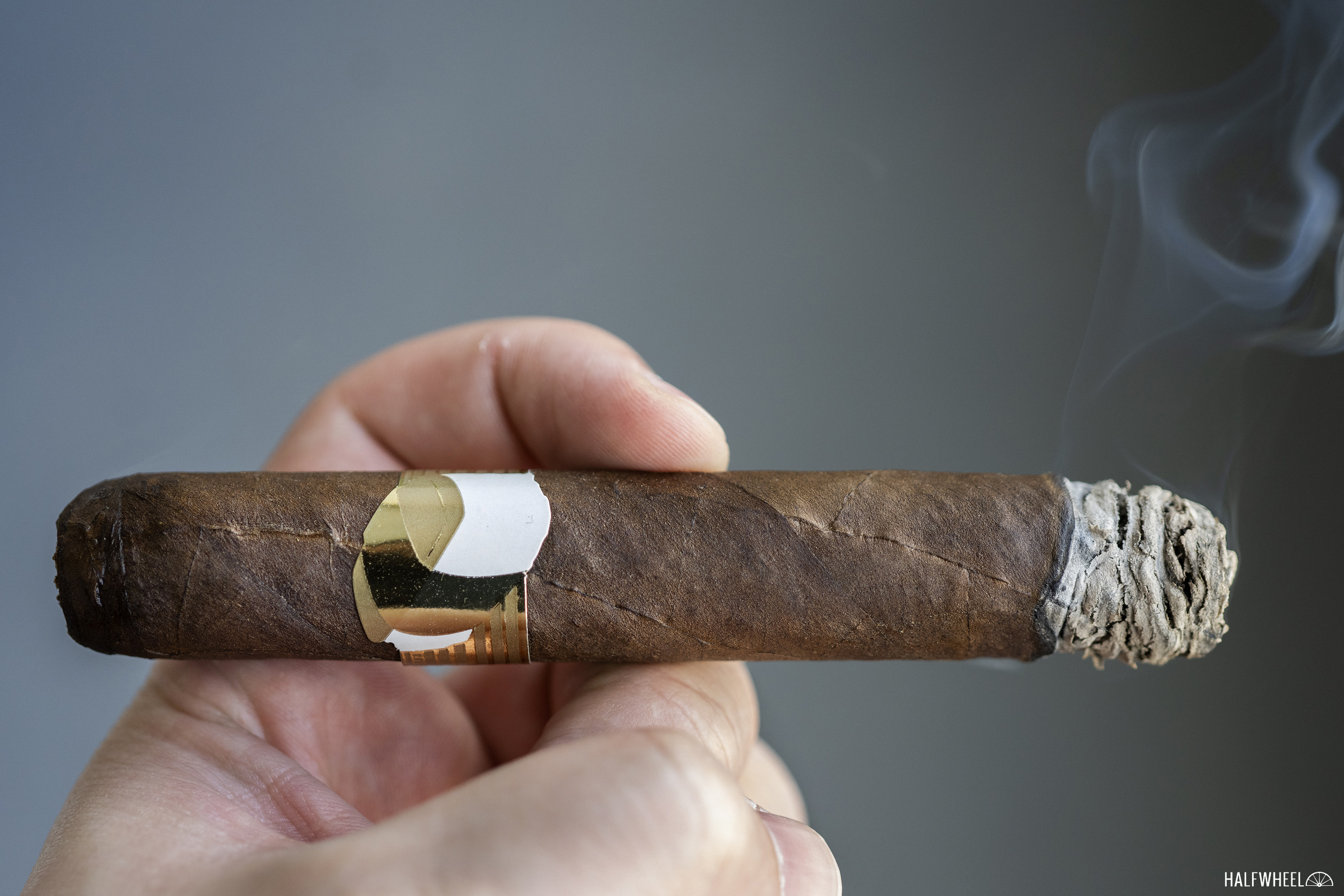 A few weeks ago, after the Los Angeles Dodgers won the World Series, one of the people I follow on Instagram put up a picture of his victory cigars, a trio that included the Ashton VSG Estate Reserve. I replied to the post and eventually commented that that particular cigar, in my opinion, is one of the 20 greatest cigars I’ve ever smoked.

What was a bit odd about this exchange is the person who posted the picture has a cigar that was made for him. A cigar that many people would consider one of those only to be smoked on very special occasions cigars.

What’s even more bizarre is that this person isn’t a cigar maker making a special cigar for himself. 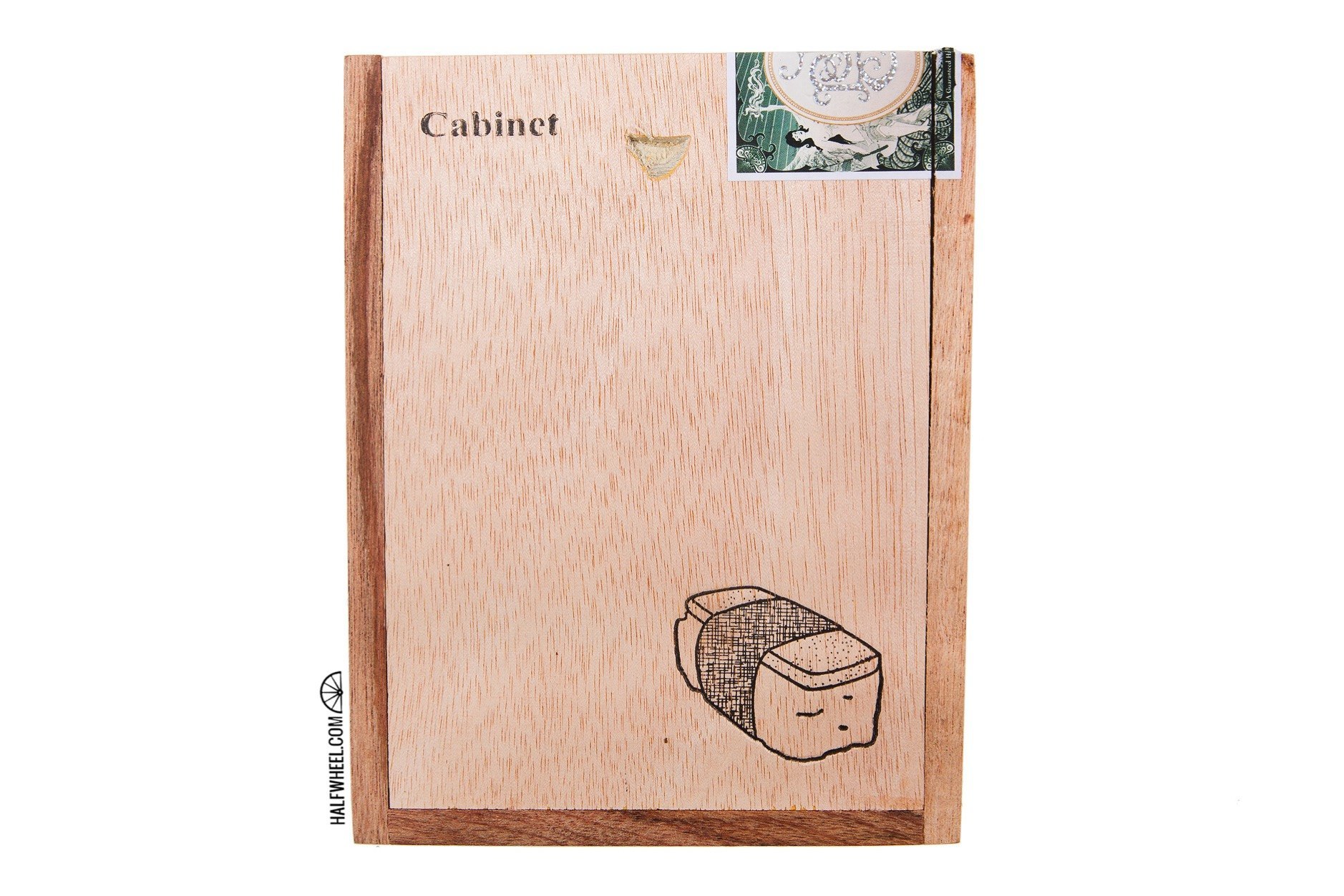 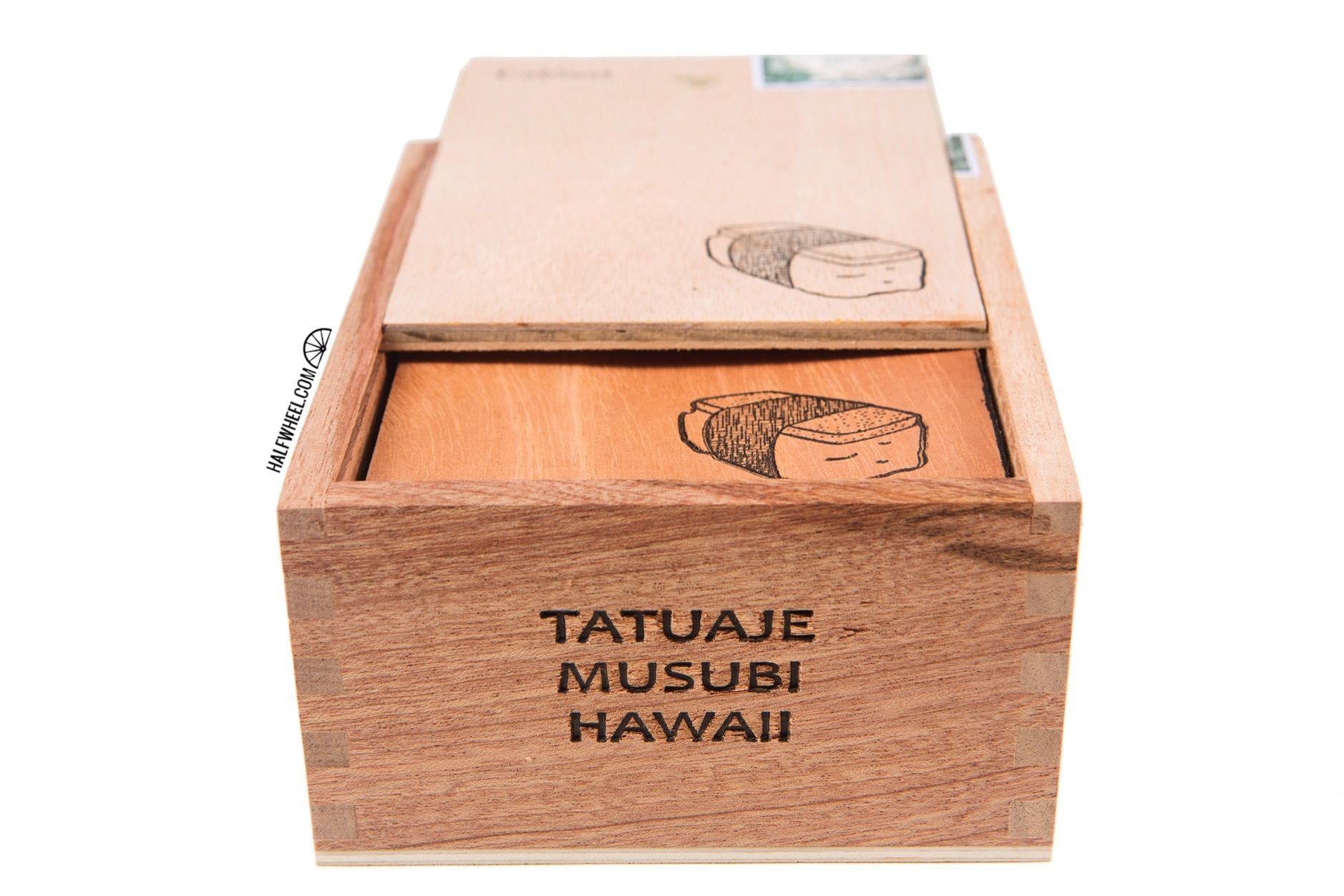 That original cigar wasn’t sold, but two years later Johnson released another Musubi—albeit a different blend—as an exclusive for Hawaii. 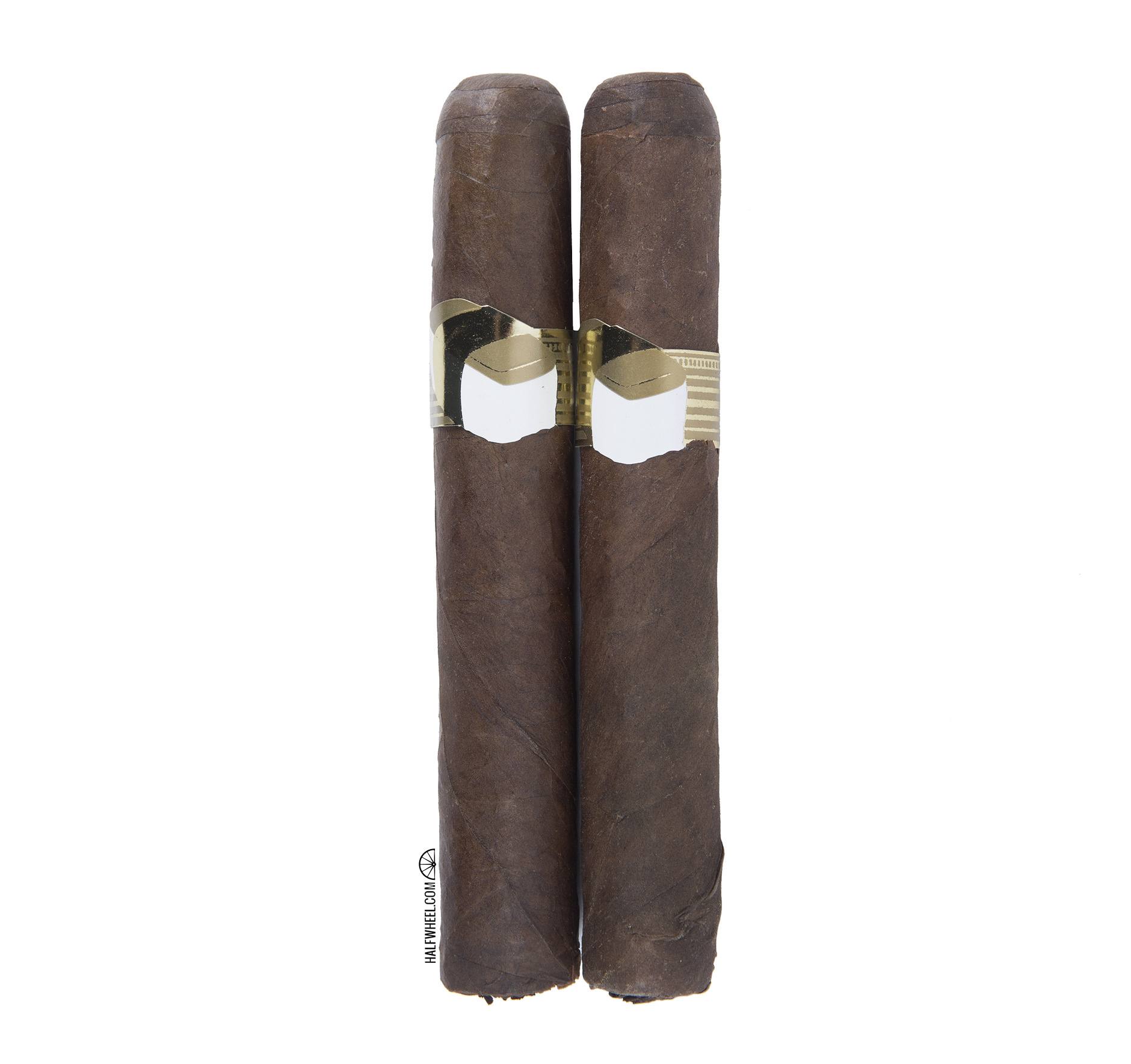 I reviewed both of them, including a review of the 2015 release shortly after it came out. I thought it was decent, but I felt like something was missing:

This is one of the more unique broadleaf cigars I’ve smoked from Pete Johnson, which at this point, is saying something. Sure, it’s full and gritty—two traits easily attached to many of the most sought after Tatuajes of all time—but this one has an array of unique flavors that I just don’t find. Unfortunately, they never really assemble into something that makes much sense to me. While aging the broadleaf bombs from Tatuaje is not something that usually produces great results, the Musubi’s progression over the next 18 months is something that intrigues me a lot, largely because I have no clue where it will go. 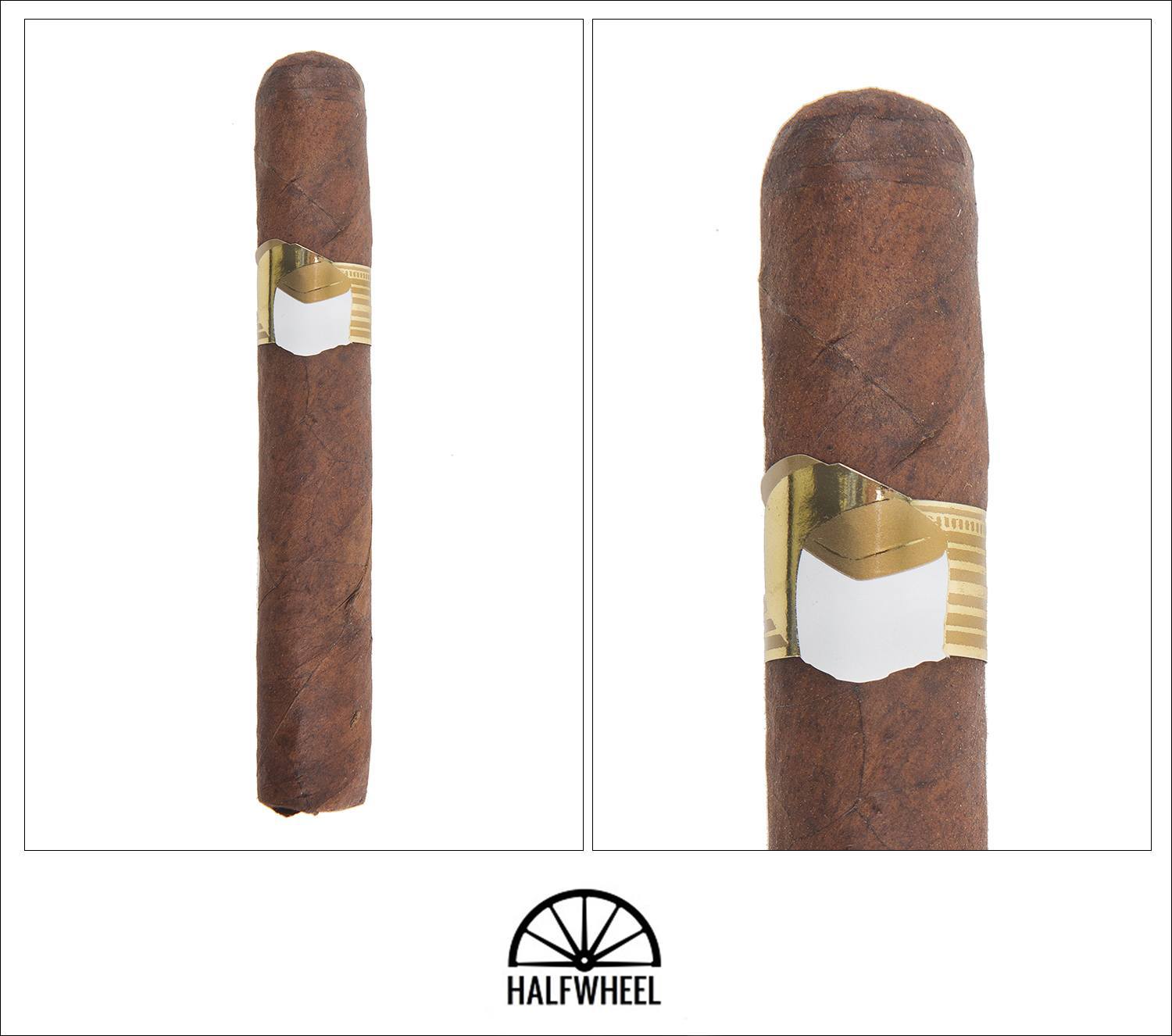 When I opened up my redux box and saw one sitting inside, I figured I could redux this cigar and write the aforementioned story, which seemed as good of a reason to revisit anything in that box. Age will change some things, but it’s certainly not going to change the appearance of a wrapper. This Connecticut broadleaf capa is not pretty, as there are thick, obvious veins and lots of bumps across the wrapper. Fortunately, age apparently did help the smell of this cigar. My original review noted that this was “an unpleasant mixture of manure, rotting walnuts and a touch of acute dark cherries.” That’s gone. Instead, it just has a medium-plus floral flavor. The covered foot is similar, though a bit less sweet and with some added creaminess and meatiness. The cold draw is a bomb of floral flavors with a slight bit of a ketchup tingle at the end. I’m somewhat confused as to where these flavors emerged from. For those wondering, my “redux box” is an empty box of the original Tatuaje Reserva SW Broadleaf.

Once the first bit of smoke hits my palate, I know it’s going to be a fun Friday afternoon. There’s a deep nuttiness, chocolate syrup, hay and some leather. It’s a combination of richness and precision that really only comes with cigars that have been aged. With each puff, the Musubi gets a bit better. There’s a base of floral flavors over grains, Ritz crackers, sourdough bread, some charred meatiness, chocolate muffins and other types of bread. The finish has something that reminds me of banana bread along with grains, coffee and vanilla. Retrohaling continues the carbohydrate sensations with more sourdough bread, leather, a vanilla cake flavor and a generic bread flavor. It leaves a finish of butterscotch and toasted bread. Flavor is full, body is medium-full and strength is medium-plus. Construction is excellent with no need for the lighter.

While it would be easy to just say the Tatuaje Musubi tastes like bread, it’s detailed enough that I’m about to pick up the various types of bread in the complex profile. The second third has some shifts in the bread flavors with toasted bread taking over on top of potato chips, pizza dough and leather. The finish has more pizza dough than anything else, though there’s some nuttiness, white pepper and a minor amount of floral flavors that stick around. Retorhaling has spearmint, an onion bagel flavor, leather, paprika, oranges and some vegetal flavor. It reminds me of a complex whisky in the way it presents flavors. There’s one that sticks around for a few seconds and I think that’s the end, and then I can pick up another one, and then it happens again. As much as I enjoyed the trip down the bread aisle, I appreciate when the profile shifts in the final third. It’s spicier thanks to both pepper and cinnamon. That accents the rest of the main flavors, which include woodiness, grapes and burnt toast. The finish has some sourdough bread, burnt toast, creaminess and a bit of an herbal flavor. Retrohaling is a combination of everything up until this point: sourdough bread, vegetal flavors, a generic bread, floral flavors and some oranges. Flavor remains pretty full, though it probably trails off into the medium-full range, the body remains similar and strength finishes at a medium.

The debate about what’s the best cigar I’ve gotten to smoke for review in 2020 is very much over. When I reviewed this in 2015, I remarked that I wasn’t sure where this cigar would be 18 months later because making predictions about how broadleaf ages is not that easy. As it turns out, after 4 1/2 years, it’s simply incredible. In general, cigars like these aren’t known for their aging prowess. Some of that is because cigars like these haven’t existed for that long, but also because they seem to be blended in a way that just isn’t conducive to making them taste better as they mellow out. This is one of the exceptions to the rule, and it almost makes up for all of the times aging broadleaf cigars don't work out well. There's a richness and precision to the way the flavors interact with the palate that just isn't found in 99.9 percent of cigars. Unfortunately, there's not a guarantee those flavors will be there in another year. So, if you are lucky enough to still have some of these in your humidor, just pretend your favorite team won a championship and go out celebrate with a victory cigar.