There’s two in Texas, one in California and an even one in Hawaii.

The list of the 13 retailers selected to receive the bulk of this year’s Tatuaje Monster Series release has been announced. Each year since 2008, Tatuaje has created a cigar based on a monster character from horror films. The branding goes beyond just the name, with Tatuaje owner Pete Johnson designing special dress boxes influenced by the monster character. Only 666 of the 13-count dress boxes are offered to the public, each individually numbered.

Each year, boxes seem to gain in popularity, while the amount of boxes remains the same making the rush to acquire them all the more important. The bulk of the dress boxes ship to 13 select retailers, known as the Unlucky 13, who receive 31 boxes each. The remaining 263 boxes are split between the hundreds of Tatuaje retailers in the U.S. 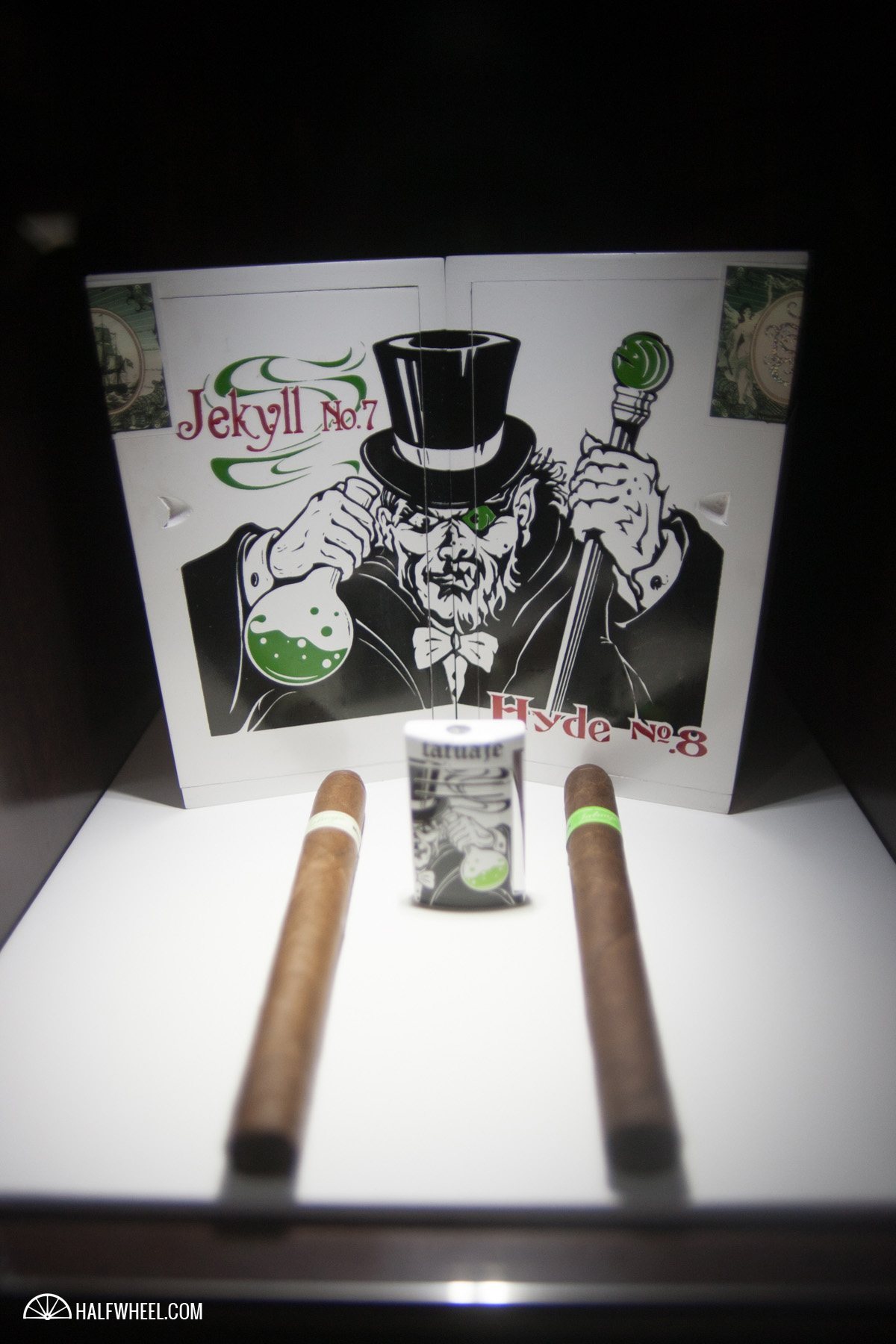 To date, only one retailer—the now defunct Gloucester Street Cigars—has been selected as an Unlucky 13 candidate multiple times. Gloucester was often credited with helping to create the idea of the Monster Series.

As for the cigar itself, it’s a 7 x 49 churchill made at My Father Cigars S.A. using an Ecuadorian Sancti Spiritus wrapper over Nicaraguan binder and fillers. The name comes from Robert Louis Stevenson’s 1886 novella Strange Case of Dr. Jekyll and Mr. Hyde. Johnson has already announced that the 2015 will be The Hyde. 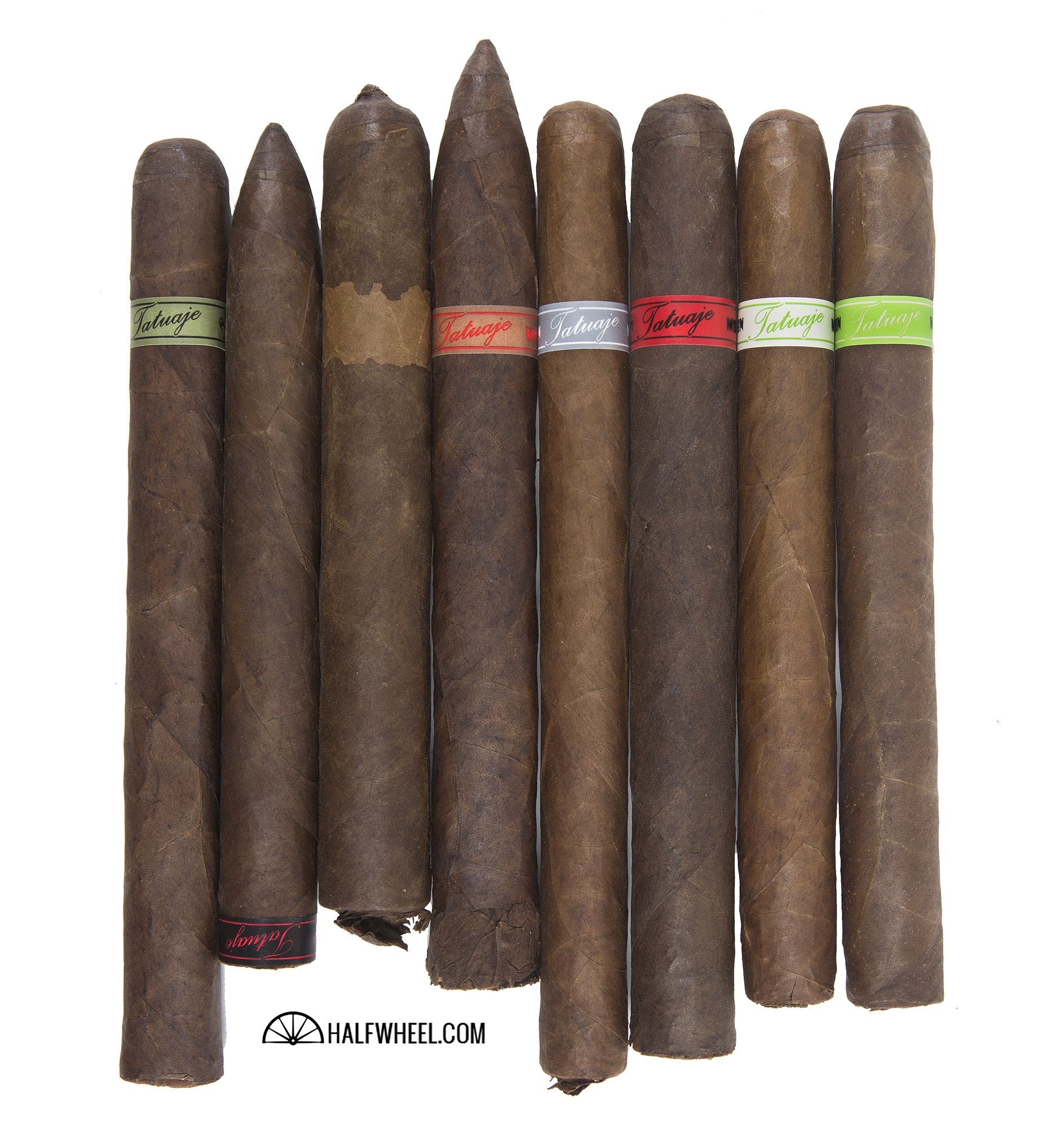 The Jekyll is the seventh release in the Tatuaje Monster Series.

While the dress boxes can sell out in a matter of minutes, The Jekyll will be widely available as Tatuaje also offers the cigars in 10-count plain boxes that feature less branding. Johnson says he has not finalized the exact number of plain boxes, although he expect it to be around 4,600-4,700 boxes worldwide.

Because the announcement was made yesterday to a group of Tatuaje’s most loyal fans, the Unlucky 13 mania is already well under way for the retailers.

“Apparently it’s lucky to be unlucky, our phones have been ringing off the hook since the announcement went out,” said Jorge Ahued of Stogies World Class Cigars. “We have taken over 150 phone calls in the last 24 hours, everybody wants a (dress) box, we are keeping a list that will close at the end of today’s business and then we will do a lottery and try to spread the wealth as much as possible.”

Ahued told halfwheel he had someone solely tasked with answering the phone since the list went public. His story is quite similar to many of the Unlucky 13, lots of phone calls and a raffle to determine how the 31 dress boxes will be distributed. Stogies is also planning on raffling a box off to all ticket holders for its upcoming Big Damn Cigar Jamboree & Wingding, which takes place Oct. 18, 2014.

But for collectors wanting an even more exclusive packaging format, two European markets will be getting a different colored version of the dress boxes. Johnson has not finalized production numbers for those, but he recently told halfwheel it could be as limited as 31 boxes for each country. An additional 34 U.S.-spec dress boxes are also made as personal stock. Those boxes are marked with Xs instead of numbering and are reserved for Johnson’s friends, family and charitable endeavors.

For those wondering, the numbers all add up to a number a little over 55,000 total cigars, the largest Monster Series release to date.

Since 2008, the Monster Series has expanded to include two different sets of smaller Monster Series cigars, the Little Monsters were released in 2012 and the Pudgy Monsters earlier this year. In total, The Jekyll will mark the 20th Monster Series-themed released.

Johnson said Tatuaje will begin shipping to the Unlucky 13 retailers on Monday, Oct. 6, 2014, while all other shipments begin a week later, October 13.