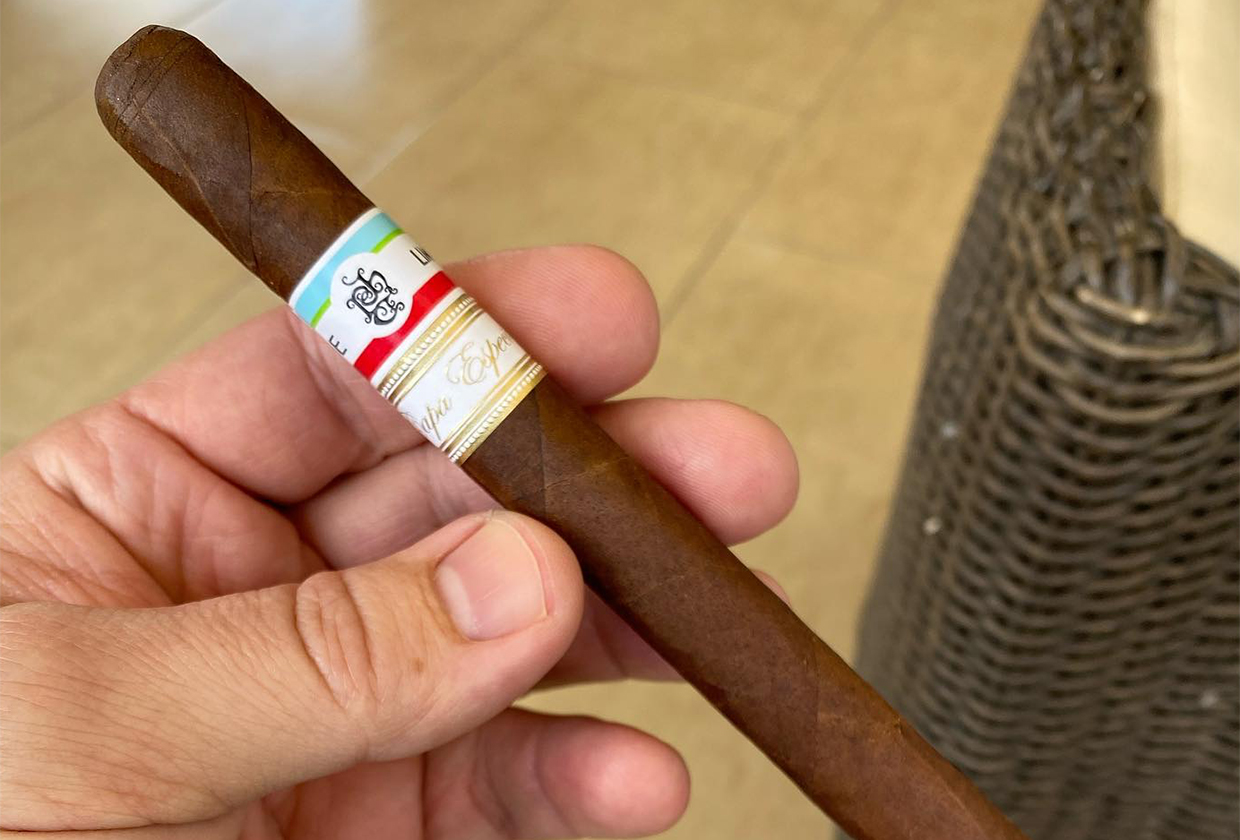 For the first time in 11 months, Pete Johnson of Tatuaje is back in Nicaragua at the My Father Cigars S.A. factory, and he’s been busy announcing new projects and upcoming releases. On Monday, he announced the return of a cigar that had previously been a store exclusive but is going to be getting a wider release in the coming weeks.

The cigar is the Tatuaje LLE Capa Especial, with LLE short for Limited Lonsdale Extra. It’s a cigar that was formerly known as the NHC Selección Limitada Capa Especial, a store exclusive for New Havana Cigars. It’s a 6 3/4 x 42 box pressed lonsdale that uses an Ecuadorian Sumatra wrapper over Nicaraguan binders and fillers. Johnson told halfwheel that the blend is the same as the original, other than the natural variance that can occur with different tobacco crops.

It is a blend that gets its roots from the Tatuaje 7th Capa Especial; in 2010, Dan Welsh, owner of New Havana Cigars, was visiting the factory and fell in love with the Sumatra wrapper. He asked Johnson what the original NHC Selección Limitada would taste like with that wrapper, Johnson had some produced, and the rest is history. The first run was just 70 boxes of 20 cigars.

Johnson is producing 1,000 boxes of 20 cigars, a portion of which will debut at New Havana Cigars in the coming weeks and will come with branding specially for the store. It will then be made available to other select retailers at an as yet unannounced date, and without the NHC branding on the side. Pricing is set at $11, before taxes. The NHC Selección Limitada Capa Especial debuted in July 2011, wearing bands that indicated they were an exclusive for New Havana Cigars, which is owned by Dan Welsh, who is also part of the L’Atelier Imports team. The store has long received exclusive cigars from Tatuaje, and was the birthplace of the Surrogates line that has since gone on to join Tatuaje’s regular production portfolio.

Additionally, the cigars will now wear the new Tatuaje Limited bands, which will also be on the upcoming release of the T110. Johnson changed the bands on the Tatuaje Limited releases to help reduce confusion between the one he uses for his releases that use Mexican San Andrés wrappers, such as the original Tatuaje Mexican Experiment. The new band design gets its colors from the design in the center of the Nicaraguan flag.

Johnson has also announced the upcoming release of the Fausto The Old Man and the C, a release that combines a culebra and lancero in a coffin packaging format. The format had previously been released in the Tatuaje Private Reserve line, which is commonly referred to as the Tatuaje Black Label.