Earlier this year—and with virtually no fanfare on this website, Instagram or other—a new Tatuaje showed up at stores.

While the cigar is new, both parts of its name are not. The Tatuaje Little Hassell is a continuation of Tatuaje’s portfolio of small cigars and also of Pete Johnson’s use of his middle name on cigars. There have been a variety of cigars have used the Hassell name previously, but the Little Hassell is different in two ways. First, it is sold nationwide; second, it doesn’t feature the Hassell band. The Little Hassell measures 4 x 38 and uses a Connecticut broadleaf wrapper over a Nicaraguan binder and Nicaraguan fillers. It was limited to 1,250 packs of 10 cigars, which were shipped in foil and featured a picture of a younger Johnson on the front. The Tatuaje Little Hassell is rolled well and the mud-colored wrapper doesn’t have a ton of veins. Aroma off the wrapper has a bit of a floral character, but not much else. For whatever reason, the covered foot is a bit more intense with the floral note now joined by some oak and a touch of sharpness. The first couple puffs of the cold draw taste muted but eventually, my palate picks up lots of floral flavors over raisin and some Spanish cedar, the latter of which seems to be the unique “cigar that was influenced by a humidor” flavor as opposed to what I normally pick up. Of note, one sample has a slightly open cold draw, which is a bit odd given the covered foot.

The Tatuaje Little Hassell reminds me of a Cuban at the start. There’s a lot of cedar and oak with some sourdough bread and a touch of floral flavors, spices and creaminess. Unfortunately, those delicate and balanced flavors don’t stick around much longer. Instead, there’s a ton of dry nuttiness, some bread flavors at the back and at times a vegetal flavor. Retrohales of the Tatuaje deliver a lot of black pepper and cinnamon and if that’s not enough, there’s red pepper and cinnamon on the finish. One sample is a bit more pleasant with creaminess and fresh orange zest. Flavor is full, body is medium-full and strength is medium-plus. While the flavor isn’t my favorite, the construction is incredible. The draw is as good as it gets, smoke production is high and the burn is progressing with near surgical precision. For better and worse, the second third of the Little Hassell is more intense than the first third. The good news is that at times, the flavors are a bit easier to take in more concentrated form. For the first part of the second third there’s an earthiness and milk chocolate that takes over the profile. Unfortunately, the retrohales are still a bit much due to a liquid smoke-like toastiness, hickory and some pepper, all of which are very sharp. After the midway point, the profile lightens up a bit with lemon and pizza dough. There’s still some sharpness, now on the back of the throat, but better than the retrohale. One sample has an intense amount of pepper on the lips—something that wasn’t there at the beginning of the second third—but it disappears at the halfway mark. The flavor is full, body is full and strength is full. Construction remains fantastic. 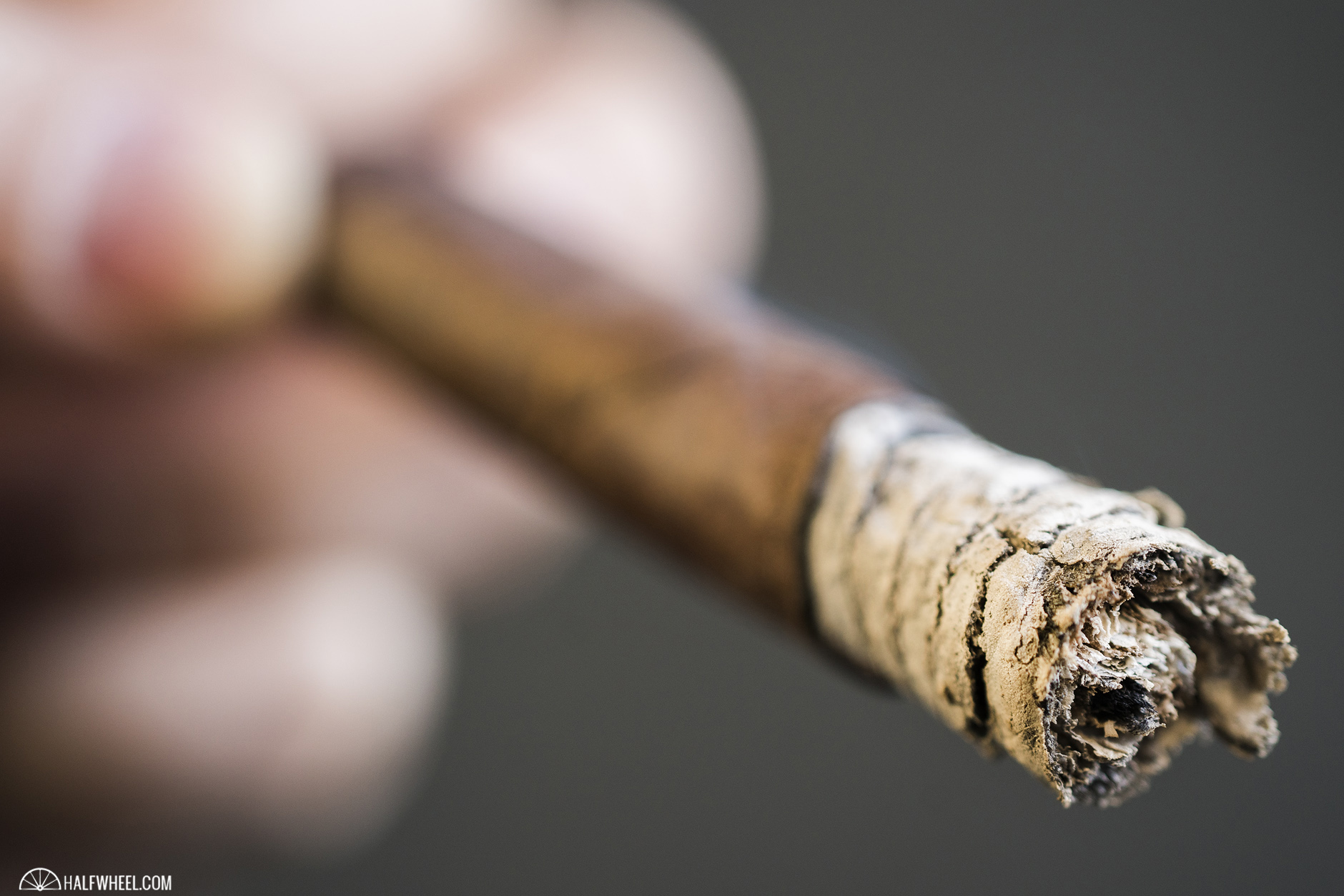 There’s a brief moment where I think that the Little Hassell might have finally hit a point of maturity and balance. The floral flavors return, oranges and lemons are present, but none of them last. Earthiness and toastiness dominate most of the final portions, which are better than the first third, but not my favorite flavor profile. Retrohales on one sample deliver a soapy characteristic which is as appetizing as it sounds. The finish has the bread flavor that was present in the opening puffs of the cigar. Flavor is now medium-full, body is full and strength is medium. As expected, construction remains flawless until the end. Small cigars from Pete Johnson have been a favorite of mine and this website in general, but this was a miss for me. At times there were pleasant flavors, but the harmony was off from start to finish and the cigar progressed in a manner that at best can described as illogical. Perhaps a couple years in the humidor fixes some of the issues I have with the flavor; if not, it's not the end of the world as at $3.75 I'm not terribly concerned as to what happens next.