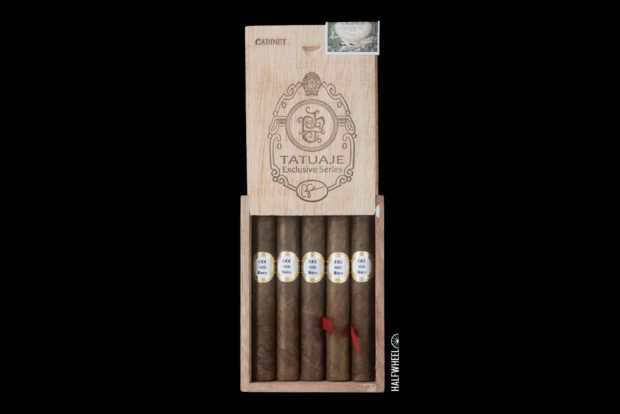 The Tatuaje Little Boris will be released again.

Over the weekend, Pete Johnson posted a picture of an unbanded Little Boris. Johnson told halfwheel the cigar would return, but declined to talk details.

In 2012, the company released 500 boxes of The Little Boris as an exclusive for Corona Cigar Co. It was based on The Boris, a 7 x 49 double corona, that was released as part of Tatuaje’s planned Actors Series, a sister series of the popular Monster Series. Ultimately, the Actors Series was shelved after one release, but The Boris blend would live on.

Much like the Tatuaje Little Monsters, Johnson took The Boris and made it shorter, this time 5 1/2 x 49. It kept the same Ecuadorian Sumatra wrapper and Nicaraguan fillers.

The Little Boris came about because of a trademark issue. Corona Cigar Co. owner Jeff Borysiewicz had already used the Boris name for his Boris 11 cigars, a private label. Johnson asked Borysiewicz for permission to use the name for The Boris, which was granted contingent on Johnson making a cigar for Corona.